Muntadas’ artistic practice which, since the 1970s, has constantly moved between pedagogy, artistic practice, concept and aesthetic rendering, has developed a gaze able to penetrate all possible interstitial conditions, privileged points from which to observe the media landscape – defined by him in the 1970s with the term mediascape. 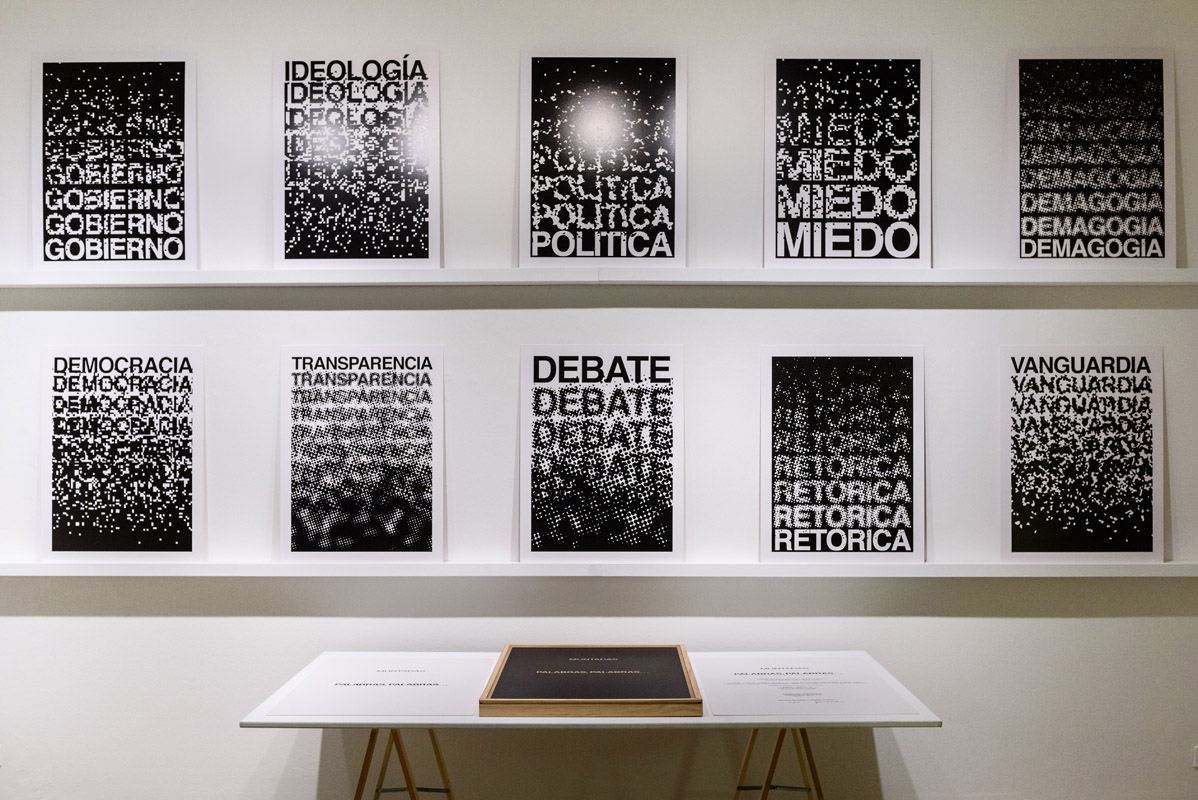 To do this, Muntadas has used every available tool and channel: video, performance, photography, multimedia installation, net art, editorial projects and public interventions. Spaces, moments and conditions between public and private, between artwork and spectator, between curator and artist, and between artwork and museum have emerged from their shells, reconfigured into ‘connection spaces’, vehicles to decode language in all its forms, in addition to the conventional written and spoken ones, those coded in money, maps, colours, computers or architectural icons. 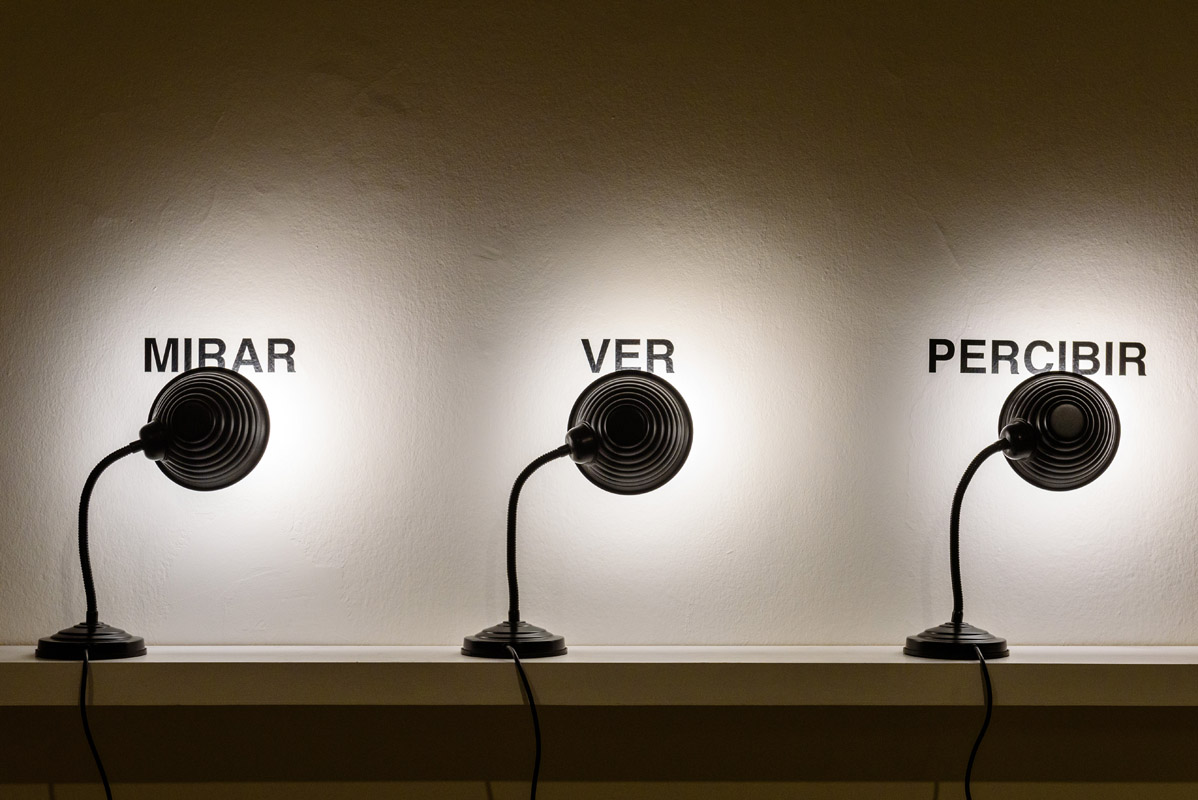 “Interconnections” is the title of this retrospective which, before Bologna, was exhibited at Artium Museum in Vitoria. “Interconnections, explains Cecilia Guida in the catalogue, refers to a phrase by Mark Wigley that defines the artist as “a ‘city’ rather than a person, a network of spaces for exchanges operating over long periods, rather than an individual”. Interconnection, and what this word means according to Wigley, best describes Muntadas in his role as a networker, in his propensity to extend his works over time, to ‘suspend’ them in the process from where they are taken up again to continue in a chain of in-depth studies and continuous reconfigurations where the artist and work are one. The space, the public, the support and the territory are some of the indispensable means for the realisation of this operation of ‘interconnection’.

In each Muntadas exhibition, the relationship between artworks, space and public is unique, especially if it is a travelling exhibition. After the Artium Museum, the retrospective was reconfigured in Bologna through a very attentive selection of works, each one in itself representative of key moments in the Catalan artist’s research, each one important in its relationship to the other works – an architecture of semantic combinations which also extends, as always, to the territory. 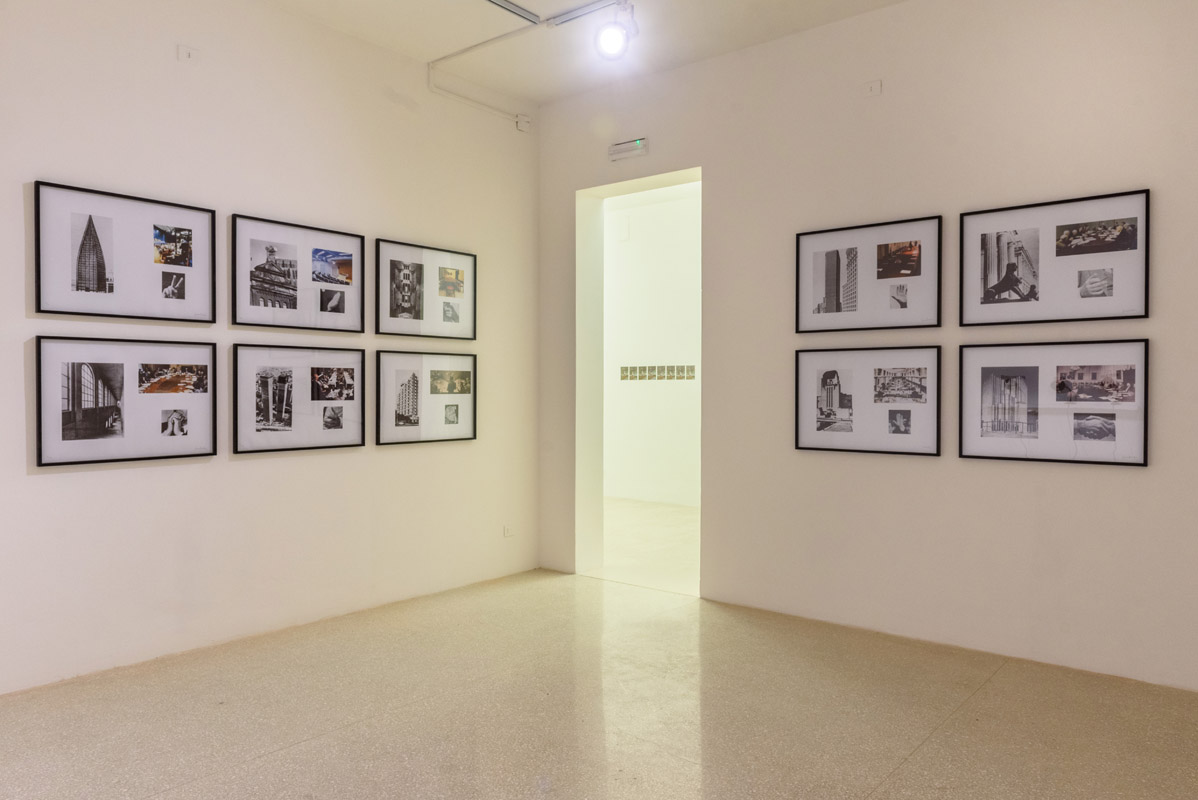 The exhibition begins with Attention: Perception Requires Involvement, a ‘motto’ that has been translated into several languages over the years and presented to the public through different media: highway signs, banners, wall panels, stickers and so on. The 10 questions of Projects, found along the entrance corridor, invite viewers to the rooms on the ground floor. These are the questions that structure the skeleton of Project Methodology, a creative attitude that marks all Muntadas’ works, whether they are related to teaching, the realisation of a single project, the curating of an exhibition or an editorial project. 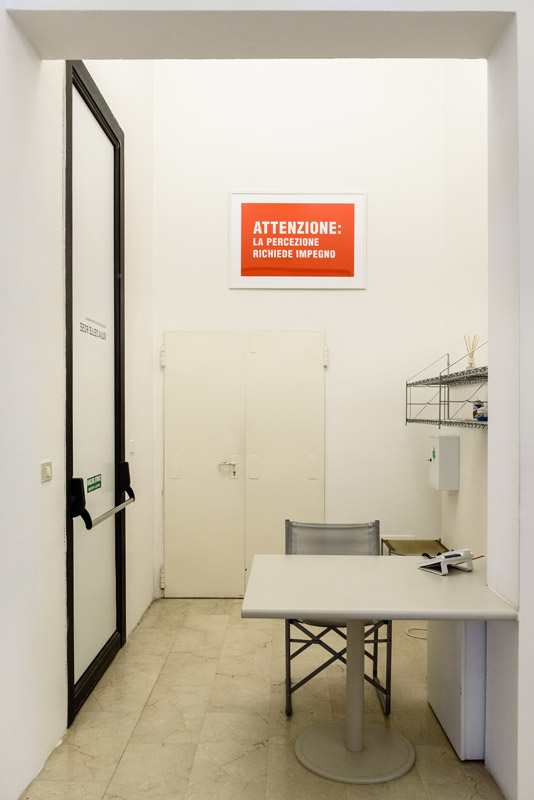 The artist’s methodology and the various ways in which this is developed is the tool that opens the eye to an expanded perception. This expanded outlook, explains Roberto Pinto in the catalogue, comes precisely “from the constant breaking of conventions and our habits”. 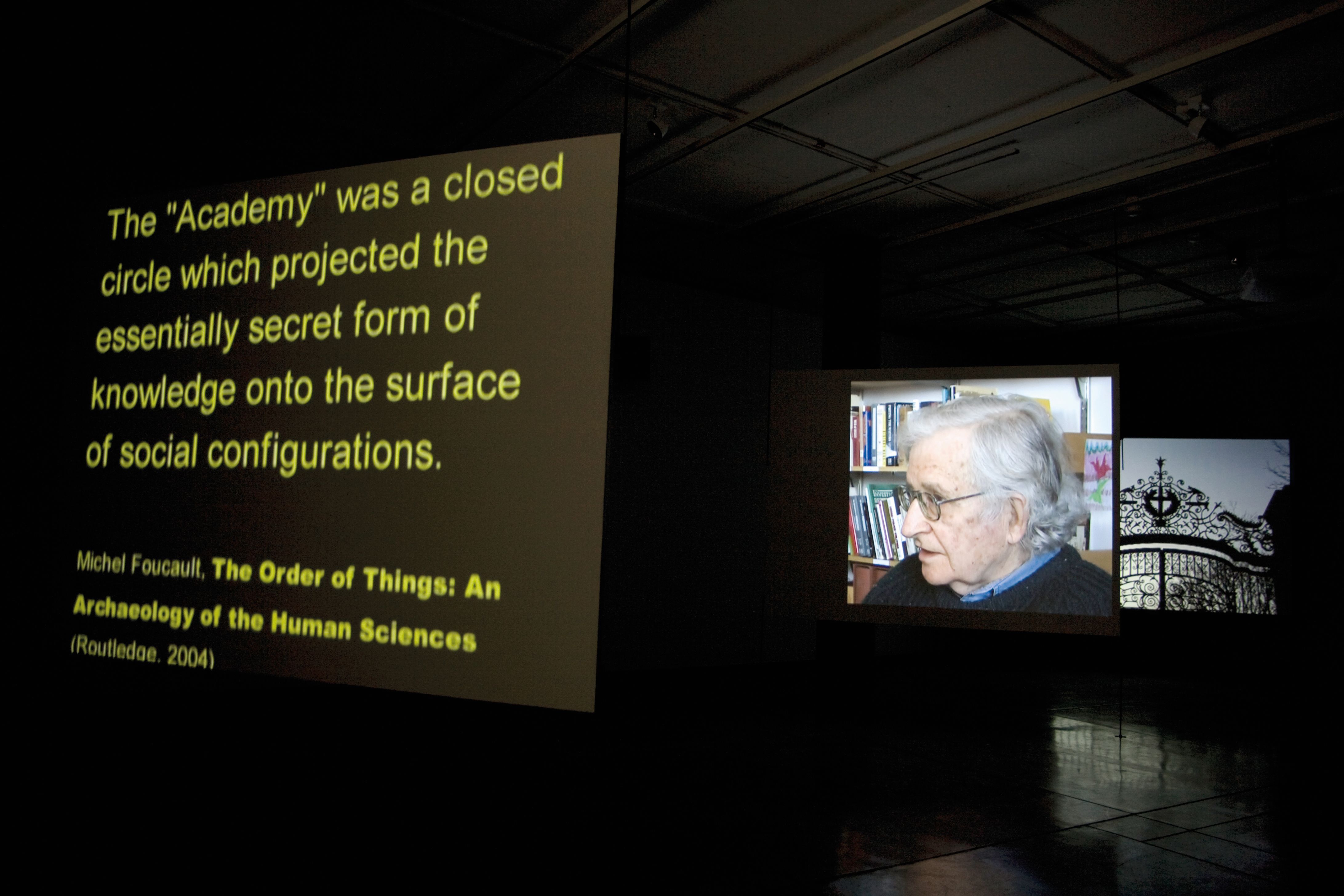 It is this breadth of vision that Muntadas felt the need to pass through the experience of the body in the transition from painting to conceptual art. Subsensory Experiences welcomes visitors to the first exhibition room. A series of videos and archive material documents these collective experiments where materials used for everyday purposes are explored through smell, touch and taste (by alternately covering the eyes and ears). In the video Mercados, Calles, Estaciones (1973 – 74) the intimate sphere of these actions is faced with the public dimension of markets, streets and stations. The exhibition continues through a series of historic works in a chain of relationships that is also explored through associations made by the public. These works include: La television (1980), The Fileroom (1994 – 2011), Mirar, Ver, Percibir (2009), Palabras, Palabras… (2017) and Media Stadium (1992 – 2004). 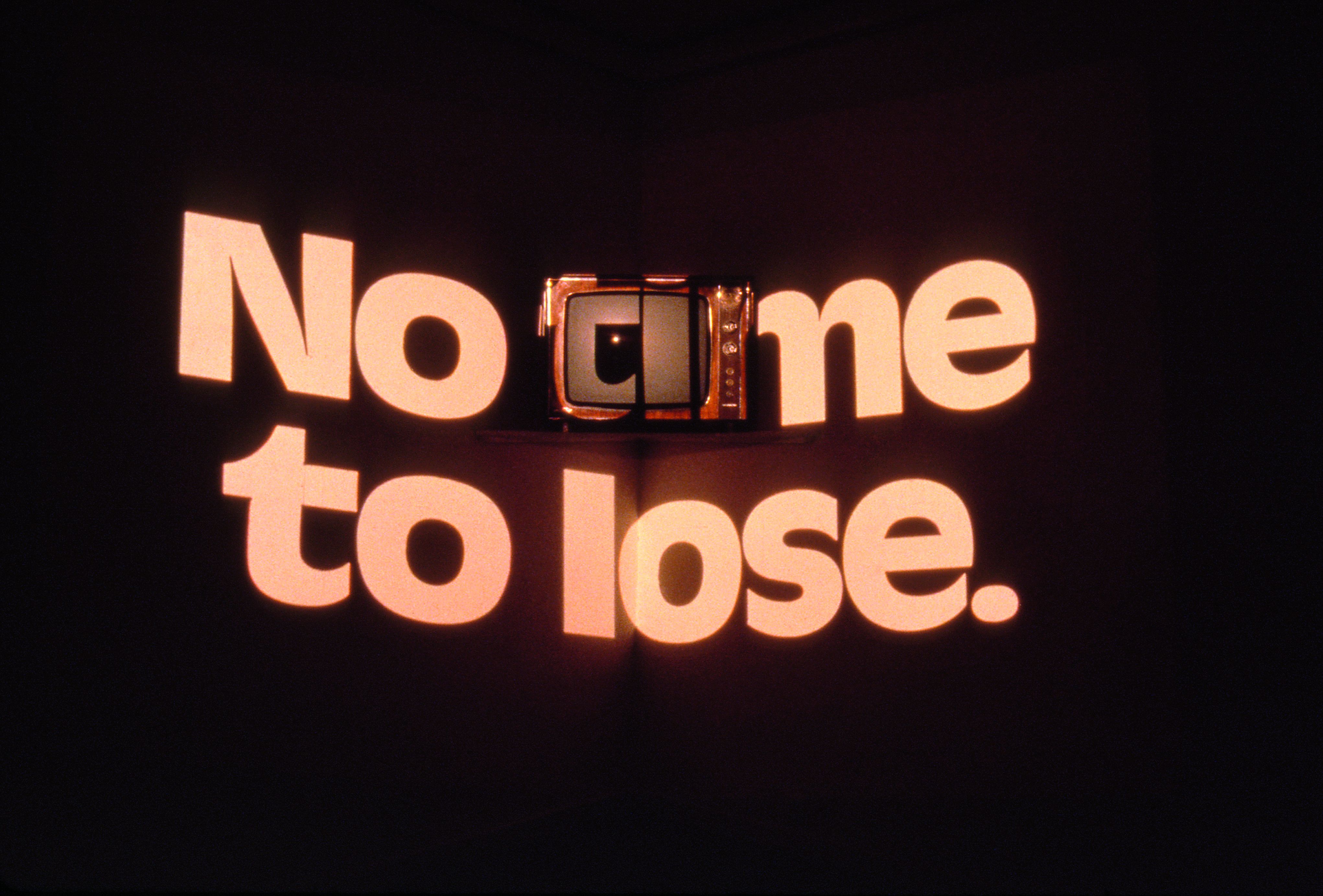 The exhibition also includes the DAMS art history libraries and the Federico Zeri Foundation where materials related to three projects belonging to Muntadas‘ most recent research are exhibited: Asian Protocols (2011 – 18), related to the protocols governing behaviour in the public and private space; On Translation The Construction of Fear (2008 – 2013), exploring the individual and collective construction of fear; and About Academia I and II, related to how educational institutions function through their protagonists, including students. 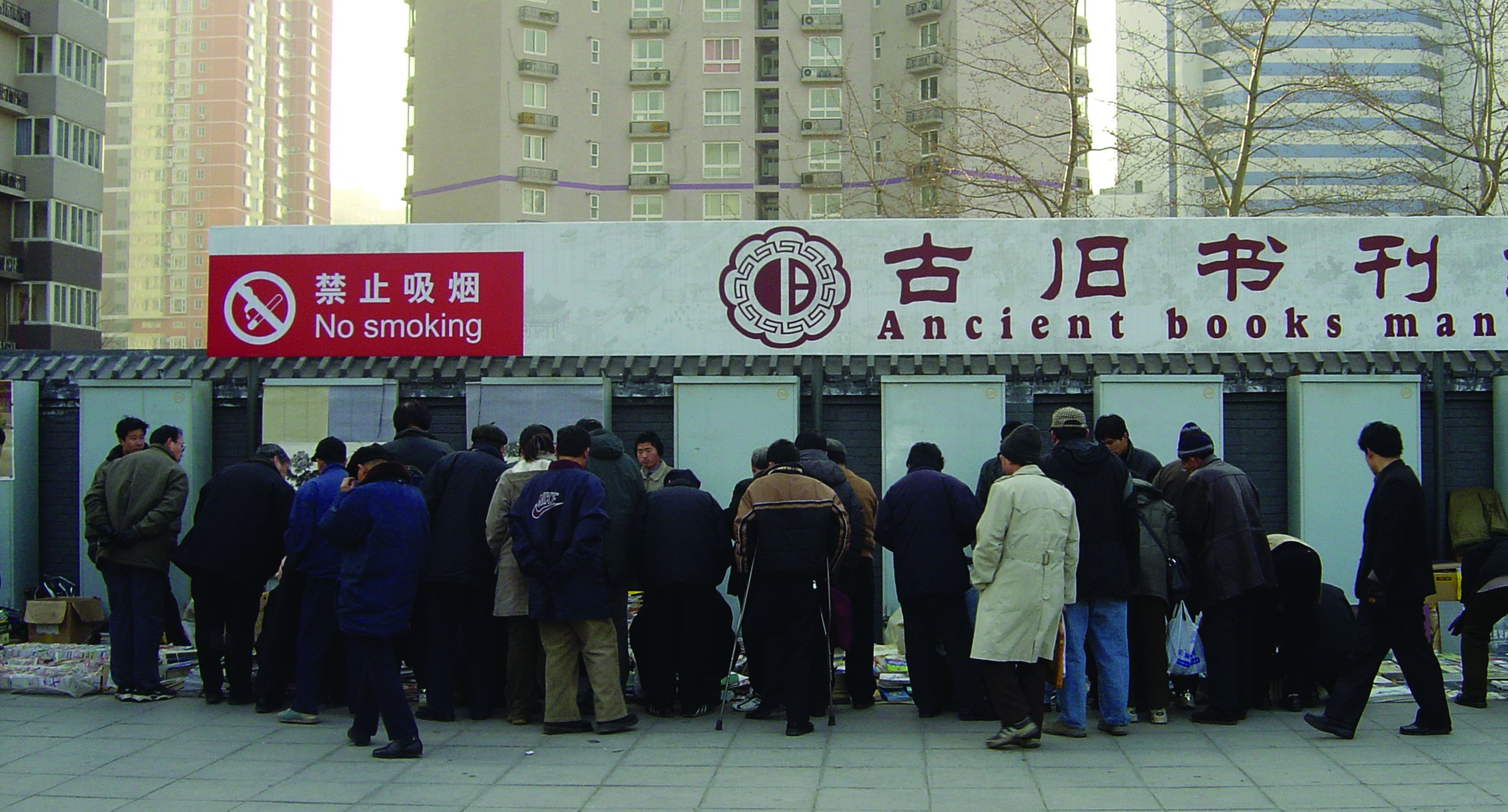 This time the catalogue is published by Corraini, an important publisher linked to the Bologna area and known for its editions of visionary artists such as Bruno Munari. In this catalogue, other works are discussed alongside those in the exhibition, narrated by curators who have also long been part of Muntadas’ creative path. The text by Gabriel Villota Toyos contributes a reading dedicated entirely to the role of sound in his audio-visual production.

“Interconnections” affirms itself as an exhibition that once again is ‘vital’, in the birth and rebirth of the relationship between works, documents, space, the public and, as on every other occasion, also in its editorial dimension, a work in its own right and a link between the exhibition itself and everything else.