The University of Parma’s Study Centre and Communication Archive (CSAC) has reopened the refurbished and restored spaces of the Abbey of Valserena with an installation by Massimo Bartolini entitled On Identikit, the first event in the artist residency programme Through Time: Integrity and Transformation of the Work, created on the occasion of Parma, Italian Capital of Culture 2020.

The CSAC Museum-Archive in Parma preserves over 12 million original materials relating to visual communication, artistic research and Italian design dating back to the first decades of the 20th century.

Bartolini has interpreted the different elements in this archive as musical notes: if placed side by side, they reveal something other than when considered in isolation. Archives, therefore, are places where “music is composed“, where objects and works can, involuntarily and irreversibly, become something else. 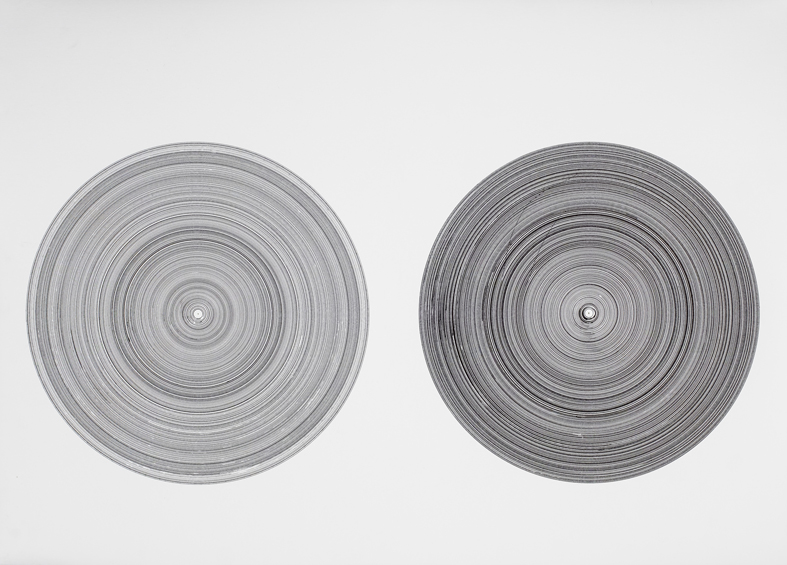 During his residence at CSAC, Bartolini has focused in particular on the works of two great masters, Luigi Ghirri and Luciano Fabro, whose works are present in the CSAC collections.

In the preliminary phase of the project, Bartolini searched all the vinyl records photographed by Ghirri in the series “Identikit” (1979), where the Emilian artist gave a truthful and unforgiving portrait of himself through his library. In the photo shots only the spines of records and books can be seen, their content hidden by the two-dimensionality of the image. The vinyl titles, often worn away by use and almost illegible on the LPs, have inspired an “archaeologist’s curiosity” in Bartolini, so that he has finally been able to take the records out of the library and listen to them, strictly on vinyl, in a specific place and in someone else’s company. This someone is Lo Spirato (The Deceased) by Luciano Fabro (1968-73), a work set up in one of the Church of the Abbey of Valserena’s noble chapels, a scene that for Bartolini is “half-way

between an unmade and an inhabited bed” where the body is, at the same time, both present and invisible. Under the sheets there is a silhouette, which disappears when outside them and then reappears as a presence on the pillow, misshapen by the weight. 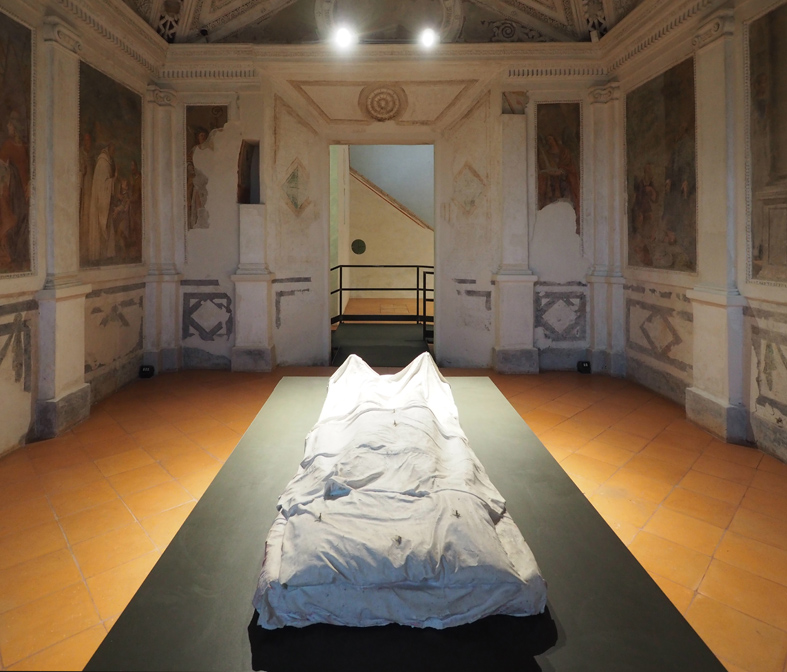 As the artist writes in the book accompanying the exhibition, published by All Around Art: “when a person is lying down he is often resting or sleeping, but less often dead. Music is indicated in all three of these circumstances […] Lullabies are music to go to sleep to, to die for a short time, to change your state… How do you serenade sleep that does not wake up? Sleep and when you wake up tomorrow you will remember music which comes from nowhere and for this reason it will be the most music of all music“.

The Posthuman City at the NTU Centre for Contemporary Art