Container[a] is the itinerant project that has been exhibiting eight containers converted into mobile galleries since 20 August, 2o15. These containers feature the works of eight artists and are touring eight different cities: Prague, Bratislava, Warsaw, Budapest, Rome, Zurich, Berlin and Vienna. The journey along a circuit connecting all participating cities continues and its final destination is Prague – scheduled for 24 October. This will be a unique moment of encounters, viewpoints and exchange as the artists discuss the results of the project for the purpose of developing a single collective container.  “The main topics of the Contain[era], materialized Information Transfer in the Post-Internet Era international exhibition project are sharing and obtaining information, bridging the gap between local and global information and discovering our roots in the new Post-Internet era”.  “One of the ambitions of the Contain[era] is to materialize the mode of information sharing which we have become accustomed to in the post-Internet era. We constantly unplug content and implant it somewhere else, sharing is the beat of our generation,” specify the project initiators: Alexandra Karpuchina –  Art Director, Jana Kubátová, Inter-Art and curator Magdalena Hartelová.

Rome has also contributed thanks to the participation of Label 201 and hosted the project by Carlo Zanni near the Tram Depot; those by Janos Bruckner (Hungary) and Lukas Troberg (Austria) are on view at Eutropia, City of the other economy and the one by Dionýz Troskó at the Rome National Library. Arshake will be featuring their work before the artists meet up again in Prague. In the meantime, we are covering the exhibit  of  Adéla Součková, the artist invited by the Containall Gallery in Prague to participate in the Contain[era] project with her “Chiasm” installation on view at the Rome National Library until 6 October. 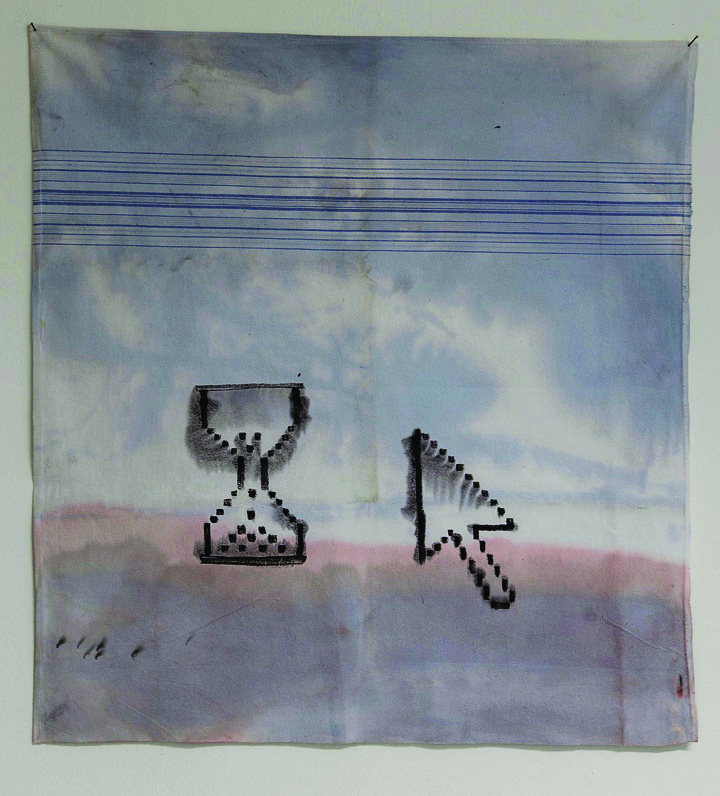 Spectators are guided through her work by way of fragmentary clues, stories that have no ending or begin in the same way. Instinct is the way of expression here. Sketches and symbols, the story is constantly intertwined with what is new, resembling an Internet view – a view of flashing fonts. This is the way a video emits light. It is a conclusion that will satisfy the demands of spectators. What is it we want? To be deceived by the images, to be closer, to belong, to be acknowledged as an individual. Catharsis is a fallacy, the video promises the same thing to everyone in a loop. What is real here is the body – presented in the sketches and the video. The body constructs “reality” as well as the “virtual”. (from the press release)