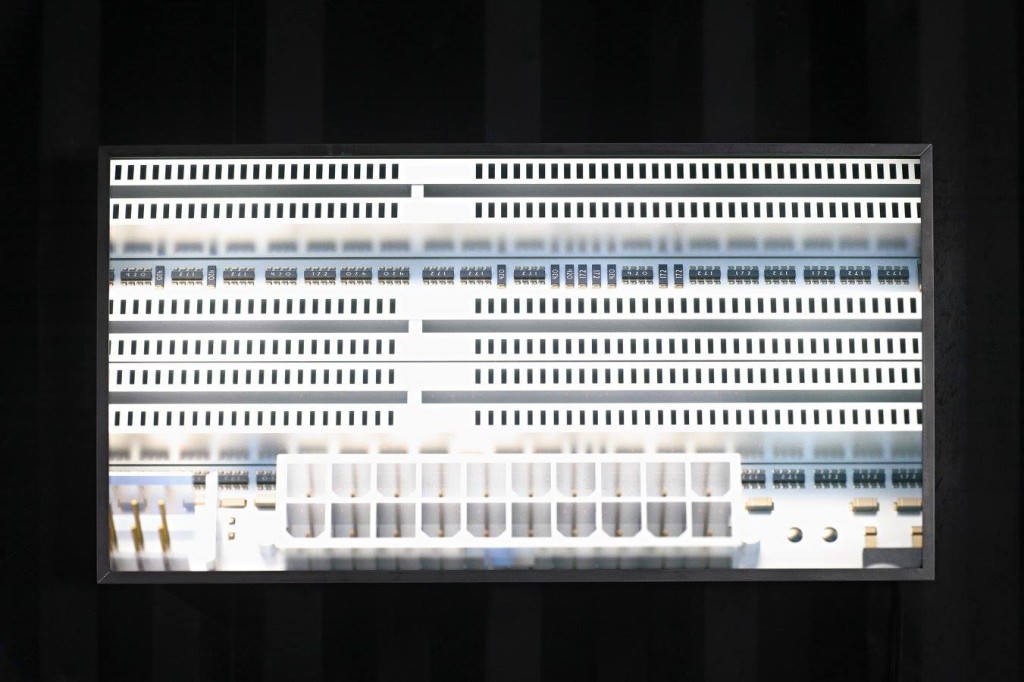 Third appointment for Contain[era] at the Rome National Library with HARDWARE by Karol Komorowski, the artist invited by the Lookout Gallery in Warsaw to participate in the Contain[era] project. The London-based Karol Komorowski works in the fields of photography and cinema. His artistic quest includes the tensions between real and synthesized experiences – and it disputes the concept of realism in post-internet culture and a structural approach to cinematography.

The exhibit features large photographic works in panoramic format and their poetics mirror the types of landscapes portrayed. These works reflect upon the theme of today’s technologically-driven society through their meaning (computer hardware). 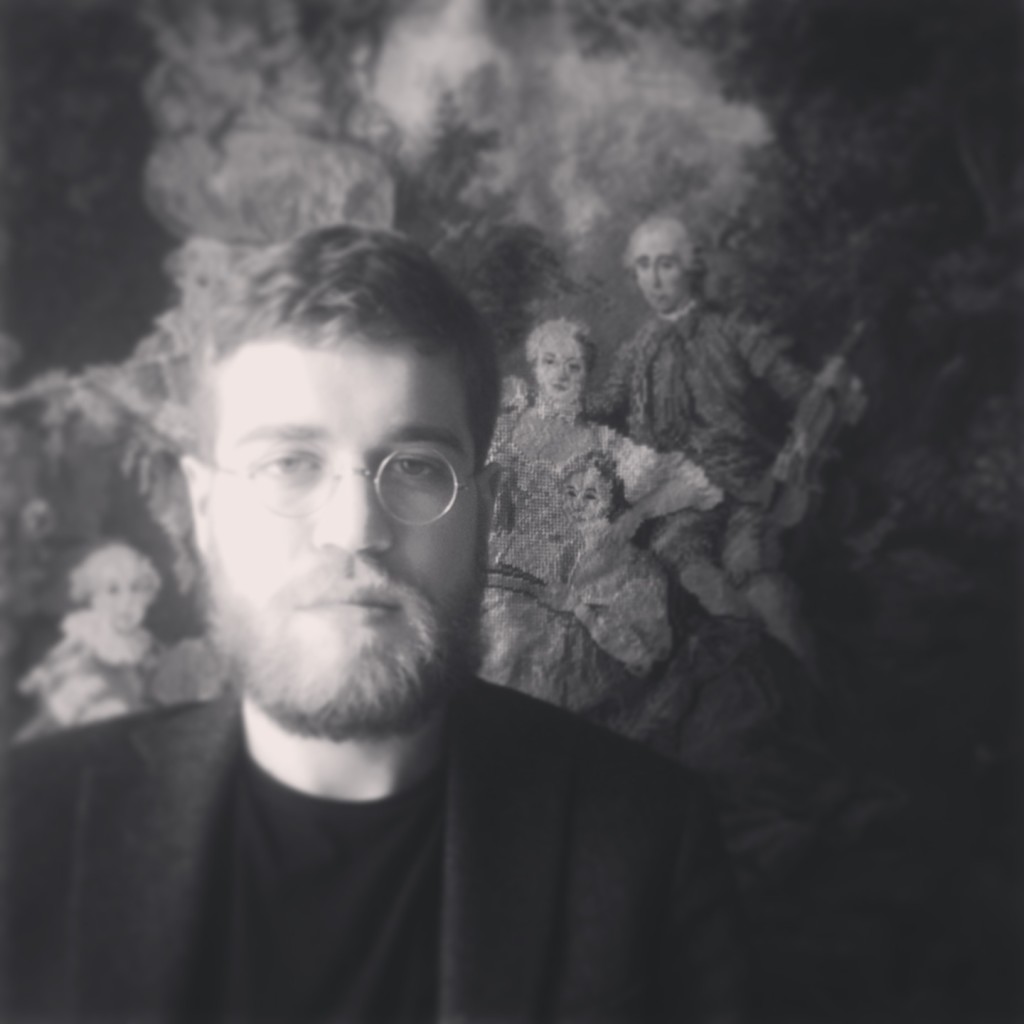 Seeing that the debate over the post-internet era is increasingly relevant, it is interesting to remember what went on before computer screens filled rooms with their cold synthetic light. Computer hardware, sacred and concealed, has become an empty place without a solution of continuity, apparently obscured by the predominance of the monitor and therefore of image – a dominion of experts, a neglected body amongst the accolades of the intellect; software is the basis of all processes going on throughout the world. However, hardware – in the literal sense – finds the expression of its internal logic in its super-complex architecture while representing coherent aesthetic traits at the same time. But are these referring to the aesthetics of information, transparency and of human thought or are they referring to the aesthetics of technology? How can we get these urban micro-landscapes to relate to our city-centric culture? Is it the nature of data processing that makes everything so compatible and universal or is it the information itself? 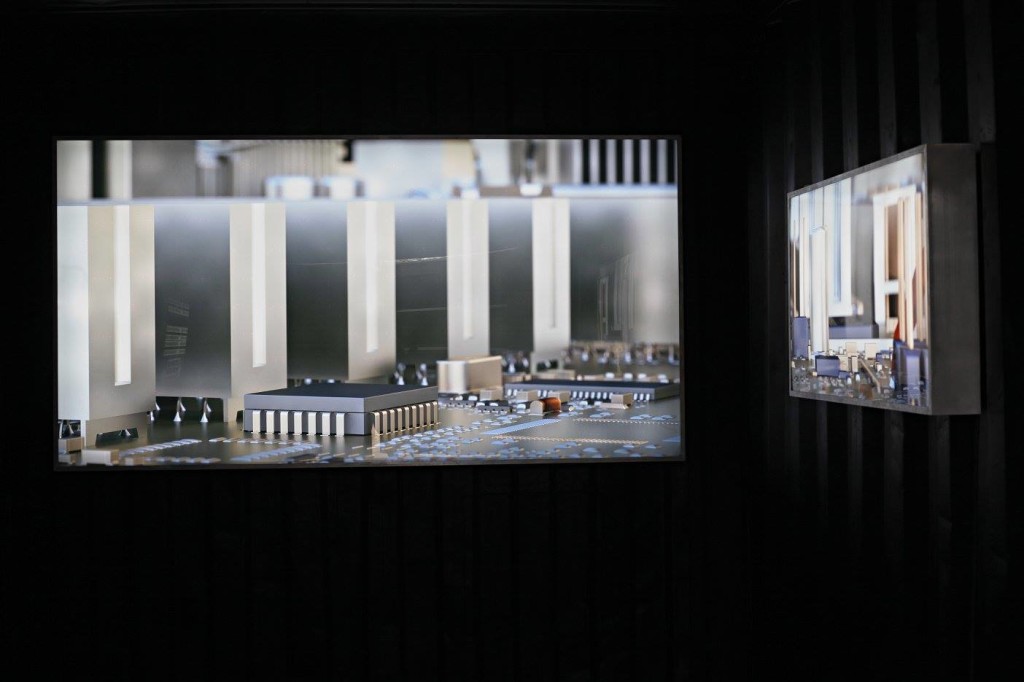 Container[a] is the itinerant project that has been exhibiting eight containers converted into mobile galleries since 20 August, 2o15. These containers feature the works of eight artists and are touring eight different cities: Prague, Bratislava, Warsaw, Budapest, Rome, Zurich, Berlin and Vienna. The journey along a circuit connecting all participating cities continues and its final destination is Prague – scheduled for 24 October. This will be a unique moment of encounters, viewpoints and exchange as the artists discuss the results of the project for the purpose of developing a single collective container. 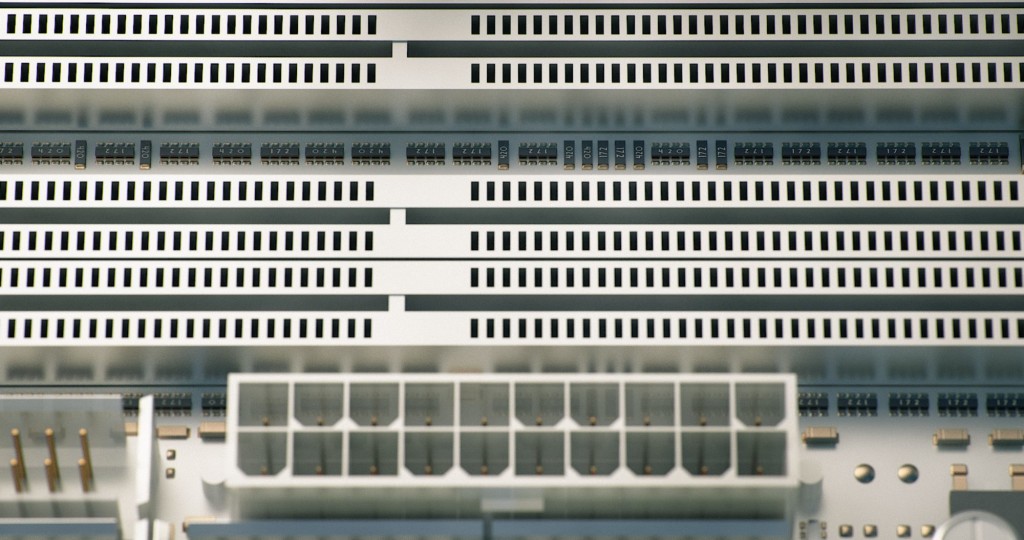 “The main topics of the Contain[era], materialized Information Transfer in the Post-Internet Era international exhibition project are sharing and obtaining information, bridging the gap between local and global information and discovering our roots in the new Post-Internet era”.  “One of the ambitions of the Contain[era] is to materialize the mode of information sharing which we have become accustomed to in the post-Internet era. We constantly unplug content and implant it somewhere else, sharing is the beat of our generation,” specify the project initiators: Alexandra Karpuchina –  Art Director, Jana Kubátová, Inter-Art and curator Magdalena Hartelová.

Rome has also contributed thanks to the participation of Label 201 and hosted the project by Carlo Zanni near the Tram Depot; those by Janos Bruckner (Hungary) and Lukas Troberg (Austria) are on view at Eutropia, City of the other economy and the one by Dionýz Troskó and Adéla Součková at the Rome National Library. Here is currently depicted the work by Karol Komorowski and shortly  the one by Angela Kaisers (14.11 – 19.11,2015). (from the press release)