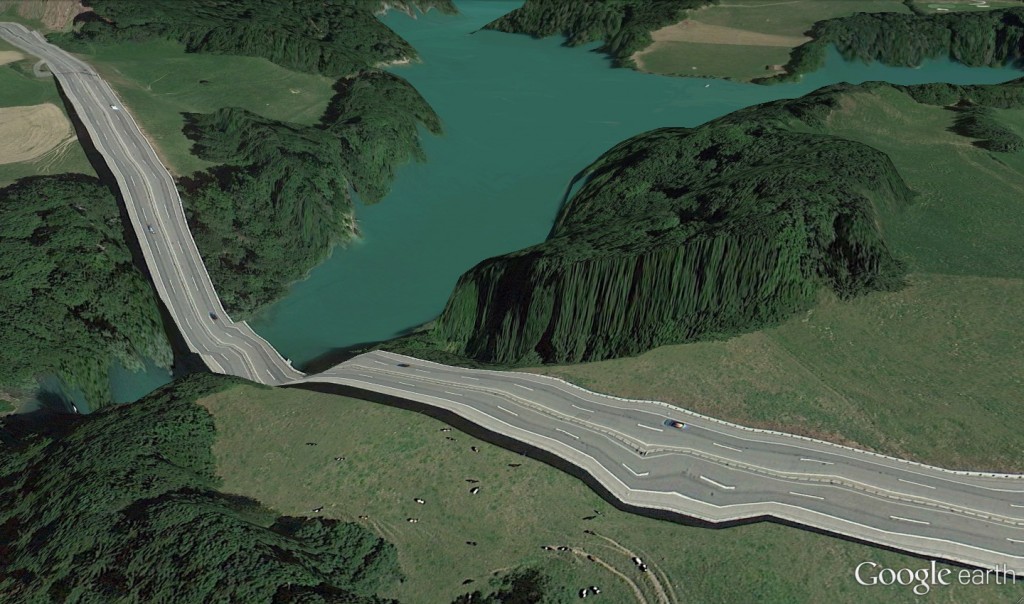 One of the series of Postcards from Google Earth. The shaping of images from a series of data combined with «myriad of different sources constantly updated and endlessly combined to create a seamless illusion; Google Earth is a database disguised as a photographic representation» (Clement Valla statement). Thus, the close up of the landscape becomes a close up of the algorithmic process that generates the images.