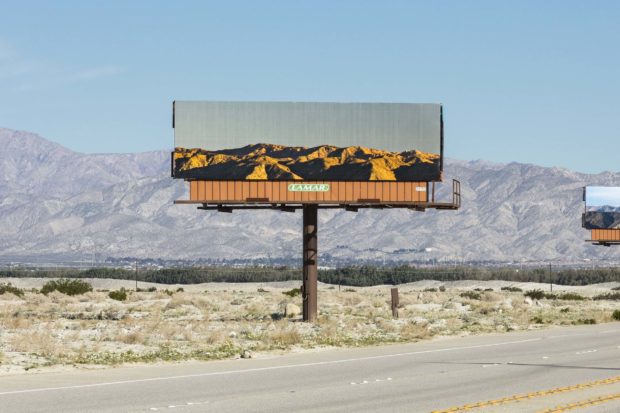 In the world there is one place that has always inspired feelings, fantasies and stories: the Desert. This is an inhospitable environment, but it is also bursting with life: an unexpected backdrop for any story.

Desert X is one of these stories, a Desert Biennal 2017 project: site-specific works bring the Coachella Valley in California to life. They are created by established and emerging artists, who develop themes that have global outreach, but are also tied to a particular region. 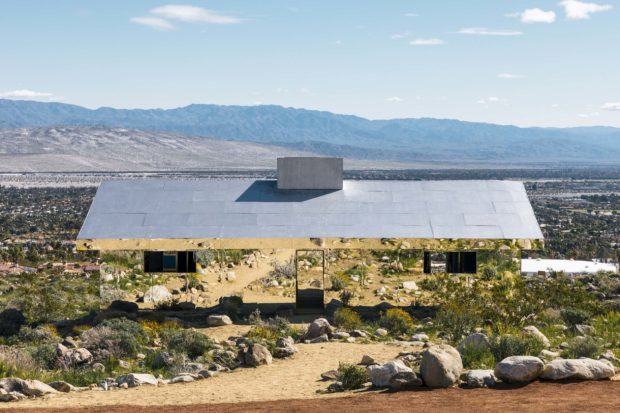 The work by Doug Aitken, Mirage, could not be more immersed in the landscape. This building is inspired by ranches in the old West and its walls are built with undulating mirrors. This strange house, whose interior can also be visited, “both absorbs and reflects the landscape around”, manifesting itself as a seemingly evanescent presence, symbolic of the desert itself. 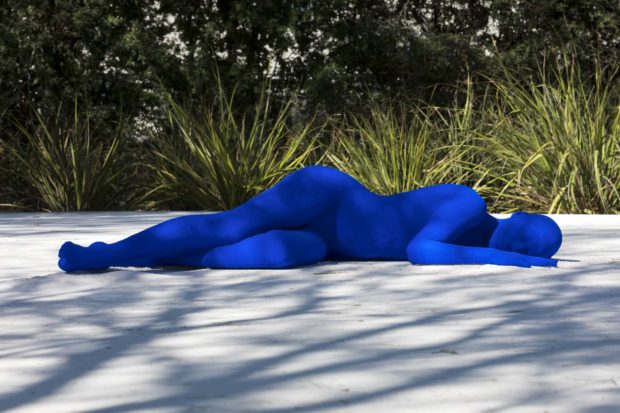 Lita Albuquerque went instead for “sound” and explored the contemplative nature of the desert. The artwork Hearth, located not far from Camp David, consists of an ultramarine blue sculpture, shaped as a woman lying down and with her ear placed to the earth, listening. The silence of the Desert and the audio composed by the artist herself animate an installation that celebrates listening and dialogue. The Desert Biennal is not only experienced through sound, but it is, above all, visual, as Jennifer Bolande reminds us with Visible distance/Second Sight.

This is a series of giant screens, normally used as billboards and placed along the Gene Autry Trail. These screens now reproduce photographs of the surrounding landscape and those travelling on this road, as a result, kinetically experience the precise moment in which the image on the screen perfectly matches the natural background behind it, restoring the centrality of these plaines and mountains. 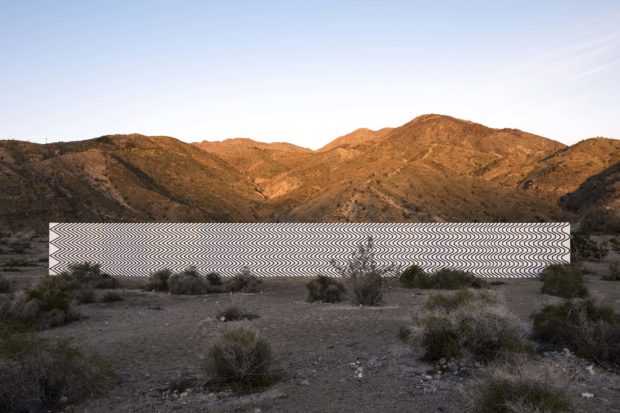 The Desert X experience, therefore, emerges as a wish to enhance the Coachella Valley. Since 2011, this has been Armando Lerma’s commitment, together with the Coachella Walls project. This is a series of murals dedicated to the “anonymous farmworker” of the Californian town and created to encourage more foot traffic in the oldest district.

La fiesta en el desert /The party in the desert, the last painting of this series, reminds us of a community spirit which should not be marginalised. 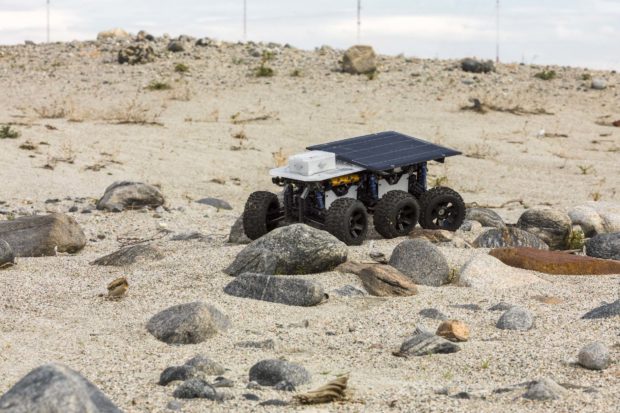 From the tradition of murals to futuristic perspectives, Norma Jeane in her ShyBot manages to capture the alluring nature of the desert as a place where one can both get lost and find oneself in the last robotics frontier. Like probes exploring surfaces of new planets, the artist’s robot roams around the desert, programmed to avoid human presence. Like many other things ‘present’ in the desert, it is simultaneously everywhere and nowhere. 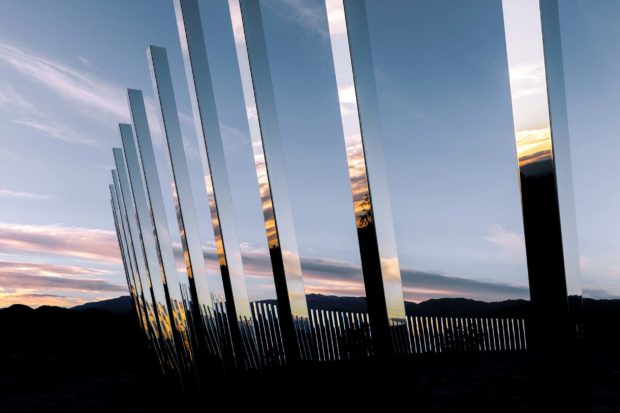 Finally, Phillip K Smith III shapes the desert landscape with his installation, The circle of land and Sky. 30 long parallelepipeds, angled at 10 degrees and placed in a semicircle, reflect the surrounding light and environment. During the day areas of shade design ever-changing lines on the ground, while the reflective surfaces of the artwork are in dialogue with the desert around it.

Desert X, which ended on 30 April 2017, and its 16 works caught our attention and channelled our reflections towards a contemplative place filled with meaning. This event has not only given voice to the landscape, with its incredibly emotional silences, but also to the area itself, consisting of people, stories and memory.