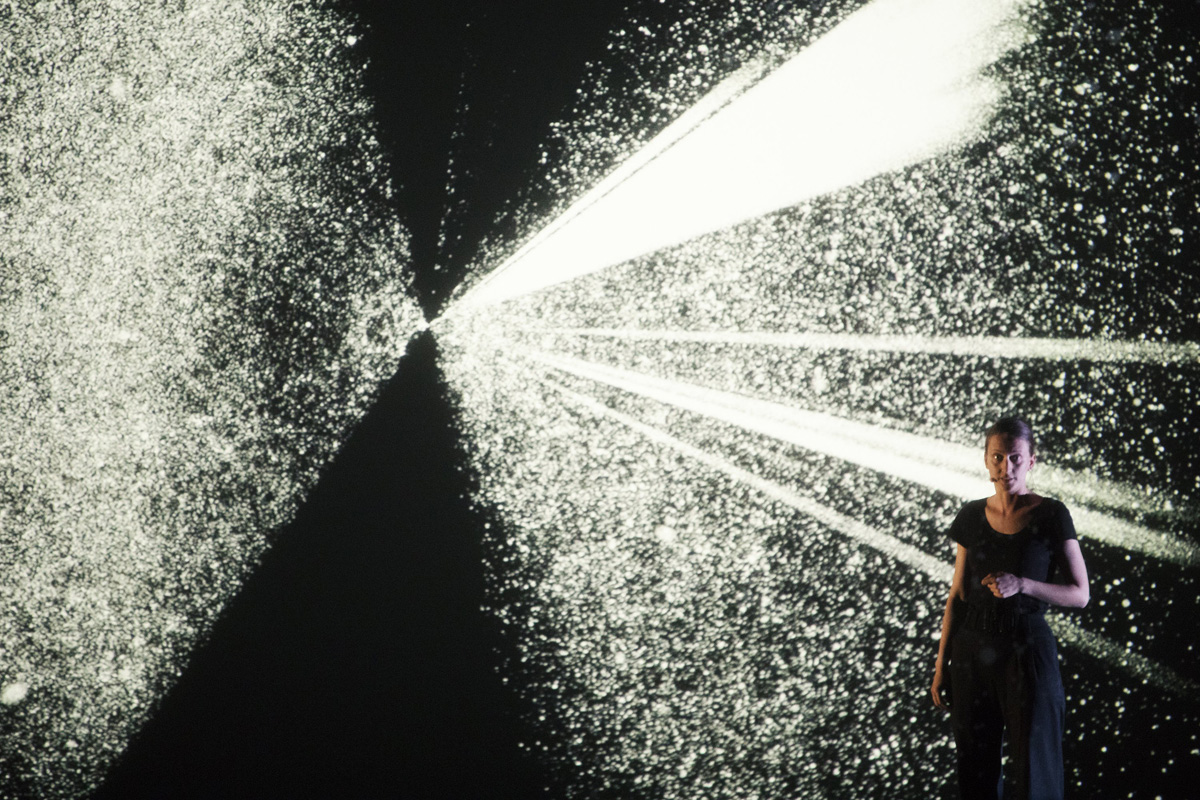 HD calibrated visuals, together with audio systems and lights that work to perfection propel us into another world; a better one. We even forget there is a world on the outside and one is shocked on returning there.

The complete fusion of multiple languages and codes in this absorbing time determines this sense of wonder. Artists, designers, musicians and engineers merge their images, notes, features and skills to create an organic experience that touches all senses and is praiseworthy for its experimentation.

I will tell you about a few of these events, chosen following the same principle used to write this article: to extend this time of wonder. 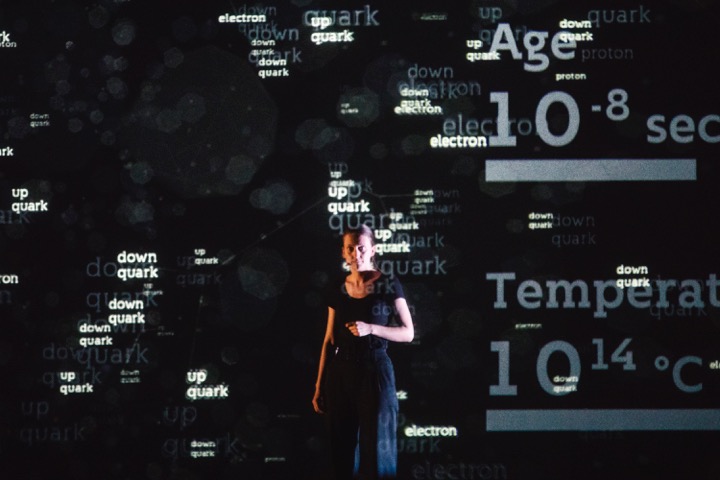 “Entropy”. Sound pioneers Dopplereffekt and the digital label Antivj, collaborating with a community of scientists and artist-coders, introduce us to the secrets of the cosmos’ entropy. “Entropy” is a lesson presented by two astronomers, Dr Markovic and Dr Magic, inside a planetarium, in which writing and astronomic data are projected on images depicting the creation of the universe, accompanied by Dopplereffekt’s music. The result links the latest discoveries in cosmology and stellar astrophysics to tell the epic story of the universe and its stars. Presented for the first time at TodaysArt2016 and conceived by Dopplereffekt – in collaboration with Dr Dida Markovic, from the Institution of Cosmology and Gravitation in Portsmouth, and Dr Zaz Magic, from the Niels Bohr Institute in Copenhagen – “Entropy” wants to reinvent scientific storytelling and develop new tools to present and display scientific data in an immersive audiovisual live show. (The project is currently supported by the Science and Technology Facilities Council, We are Europe and Arcadi Île-de-France.) 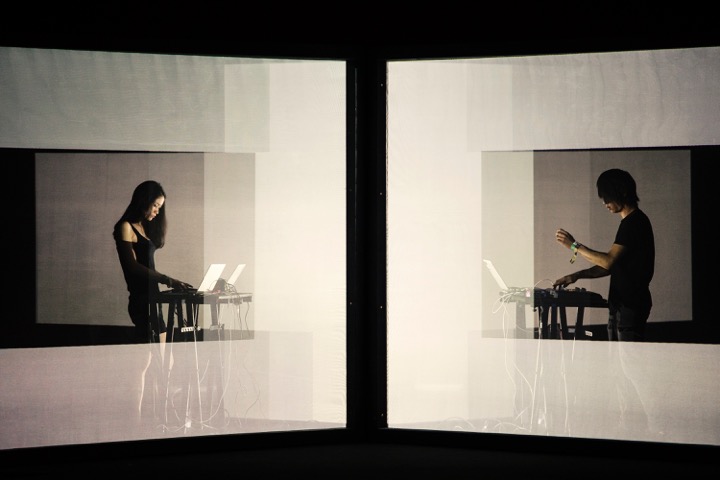 “SHIRO”. In the relaxed space of the Sonar Complex, the collective Nonotak staged SHIRO, an astonishing optical performance. Takami Nakamoto, architect and musician, and Noemi Schipfer, an illustrator, have enchanted audiences since 2013 with their audiovisual architectural creations, where lights and sound blend with the duo’s body movements. One dynamic and the other static, together the two artists create a plastic composition on which they enact minimalist visuals based on principles drawn from Euclidean geometry and developed along Cartesian axes. The stage structure, consisting of an inverted double pyramid, is used to project Noemi’s illustrations and to reverberate Tamaki’s captivating music. The music also reproduces and supports the visuals spread out on all the stage via various panels and lasers. Magical – I wish I could see it again.

ARCA (Live) and JESSE KANDA (AV). Arca, a Venezuelan producer, is a true discovery. He dominates the stage with a voice filled of dark and apocalyptic atmospheres. Broken beats and a languid tone complete the melancholic character of his sound, as if there were a religious presence nearby. Arca is an innovator, bordering Latin and electronic music. Jesse Kanda’s visuals create landscapes that cause sudden emotional disorder because they present scenes normally considered disgusting – our internal organs, deformed bodies, anal sex scenes, etc. Pleasure for revulsion, fascination with Gothic themes and trash dressed up as repulsion and attraction. Tension. The project between Arca and the Japanese illustrator Jesse Kanda – TRAUMA, already presented at MOMA – merges the concept of shock, as emotional disruption, and dream (from the German Traum), presenting this idea of an iconographic love between horror and dream, sacred and profane, pleasure/pain: bleeding flowers, a dance of malformed bodies or a “matrix” of foetuses at the keyboard and electronic music with latin soul, which is completely disorienting. 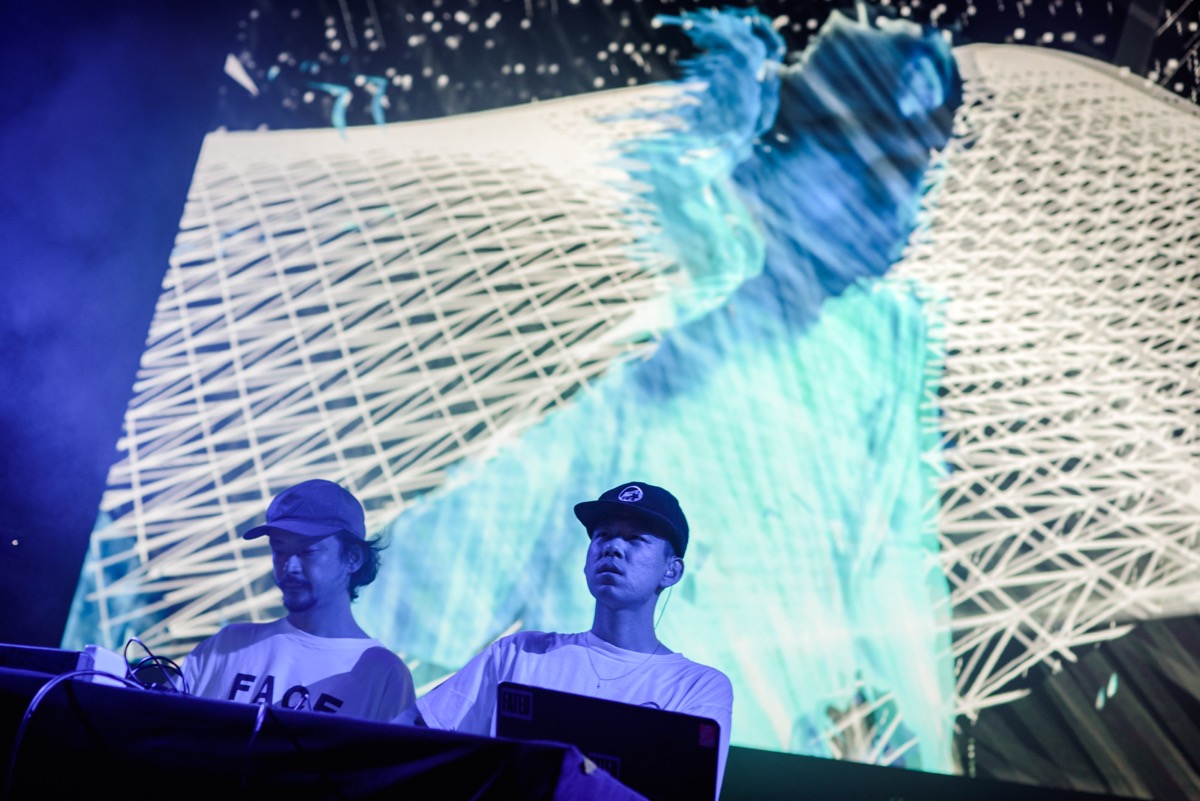 The partnership Daito Manabe + Nosaj Thing (a duo that has grown in strength since the 2012 production of“Eclipse/blue”) has reached new peaks in innovation. Both are present on stage mixing music and video: the result is technically advanced and thoughtfully captivating. On the screen, the 360 degree visuals are a crafty mix of real time recordings of the VJ set and minimal visual universes – rhizomatic and generated by algorithms. The light design traces dazzling spaces – literally marking the DUB and hip hop melodies of the American producer Nosaj Thing. Daito Manabe also took part at the SonarPLANTA with his installation Photosphere, (‘sphere of light’), produced by the Japanese studio Rhizomatiks and managed by Daito and Motoi Ishibashi, which wants to explore the potential of technology at 360°. We already discussed this in other articles. 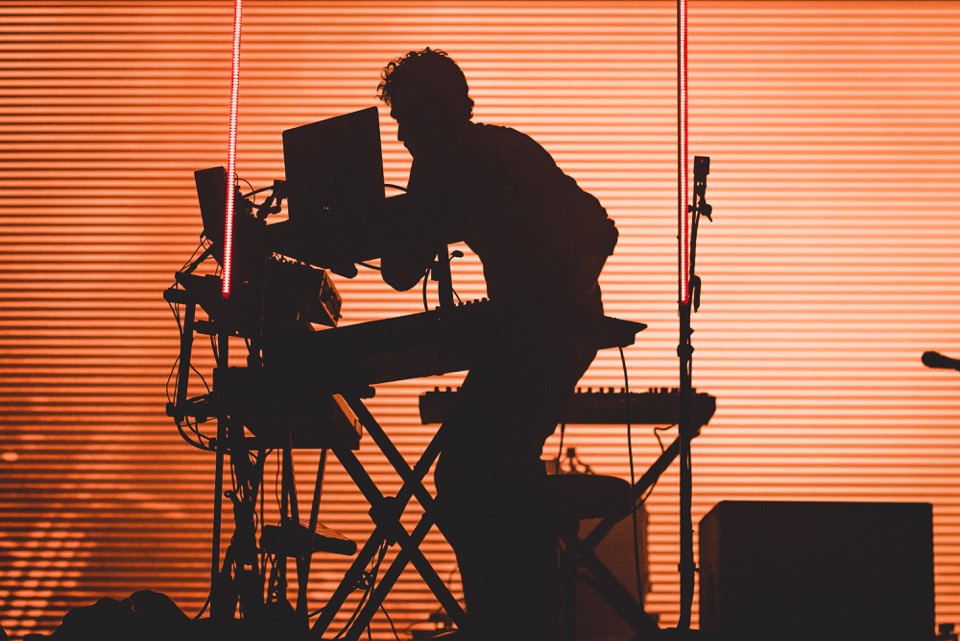 Nicolas Jaar. I’m not sure how many people listened to the new album “Sirens” before watching Jaar’s live show (in Barcelona and at the Ex Dogana in Rome a few days later) and, even less so, how many people are aware that the vinyl cover – to be scratched off with a coin – is a tribute to his father’s work against the then post Pinochet America (This is not America) and the current America led by Trump. But I do know how disenchanted “Sirens” can be as a political and personal album.

“No” enters one’s head and gets stuck there: it affirms the importance of rejecting dictatorships despite knowing that a ‘yes’ has already been chosen to express disapproval.

“Ya dijimos no pero el si esta en todo” (We have already said no, but the yes is in everything) is a reference to the 1988 plebiscite, when Chileans said no to extending Pinochet’s rule, and to the fact that a new dictatorship is always behind the corner, that freedom is temporary and must, therefore, always be reaffirmed (“yes”). Nicolas Jaar performed behind bars, once again transforming music in an act of resistance, and was illuminated in semidarkness, completing the matrix between dream and politics.

“Killing time” showcases Nicolas’ personal and universal voice. He sees his own story in the incident of a Muslim boy arrested for having built a clock, which was then mistaken for a bomb. This boy then earned the respect and support of President Obama, who wrote on Twitter:

“Killing time” is a memo for the real bomb that must be built: one against our time, its racism and the instrumentalisation of individuals considered “unelected”.

Suffused atmosphere and soul flashes stirred by flourishes on the piano open Jaar’s concert at Sonar, who then warmed up with some of his post punk and new wave pieces, and a more lively electro stop & go writing, “Space is only noise if you can see”.

“Three side of Nazareth” turned the public on in both Barcelona and Rome: post punk electronics and environmental synth accompanied the story of a man who has already experienced our suffering on both sides of the road.