Francesco Simeti was born in Palermo in 1968. He currently lives and works in Brooklyn (New York). He graduated in Sculpture at the Academy of Fine Arts in Bologna and participated in an Erasmus project with the École d’Art (Marseille). Simeti is famous for his site-specific installations that he creates using 3D wallpaper, sculptures and collage. His work finds its inspiration in the ambiguity of the press and of mass communication, he focuses on the relationship between appearance and content, he creates uninterrupted and continuously changing landscapes. His site-specific installations consist of three dimensional sculptures and collage that highlight how the attraction towards aesthetics poses a threat to the actual content of the images, thus threatening to flatten everything else out as a result of an excessive amount of visual information: « A variety of shapes that are right in front of our eyes, but that we are simply not able to take in.» Francesco Simeti has created site-specific installations be reinterpreting public areas and building facades. One of his most recent works is a permanent installation at the subway stop 18th Ave, line D, Bensonhurst Brooklyn. His work has been on display at the Vizcaya Museum and Gardens, Miami (2012), Francesca Minini, Milan (2011), Santo Spirito, Rome (2010), Fondazione Pastificio Cerere, Rome (2010), Artists Space, New York City (2009), Francesco Pantaleone Contemporary Art, Palermo, Italy (2008), Italian Academy, Columbia University, New York (2005).

Esercizio # 2, the work that received the Terna Prize 02 in the Connectivity category, is a collage of shapes and color shades that define the model of our contemporary world in which beauty and chaos, amazement and disgust co-exist, juxtaposed images connected with broken lines, interrupted movement as the « only possible route for a sustainable development of the relationship between man and the environment.» 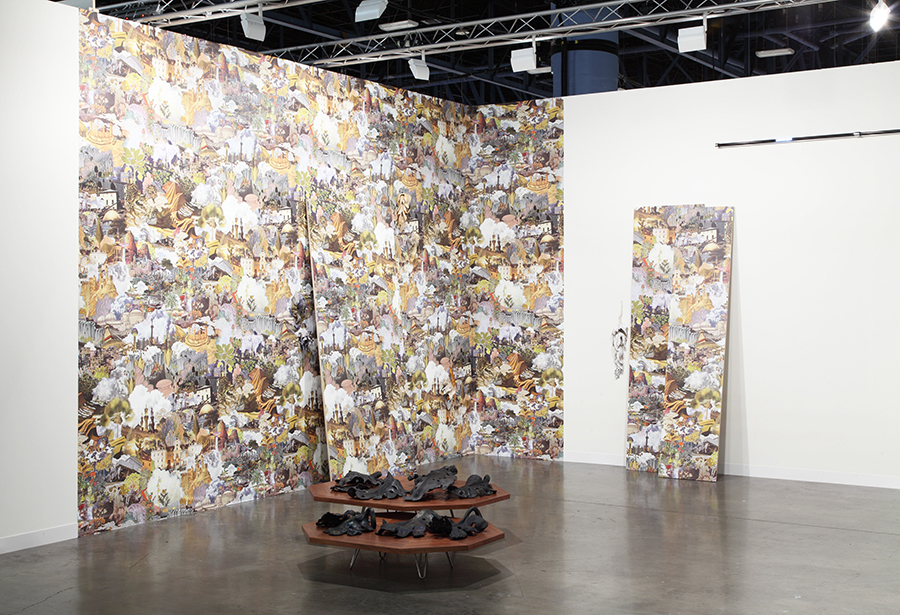 What is the artistic situation in Italy today? What role does an artist have in the current art system and society?

Art is completely isolated from the real world. Two worlds that do not communicate. This reciprocal isolation would not exist in an ideal world. What is really needed is a form of short-circuiting to stimulate critical thought. When engaging in this debate, one should bear in mind the numerous areas that art encompasses (e.g. the market and institutions). I try to engage in all these areas, but my main focus in public art. 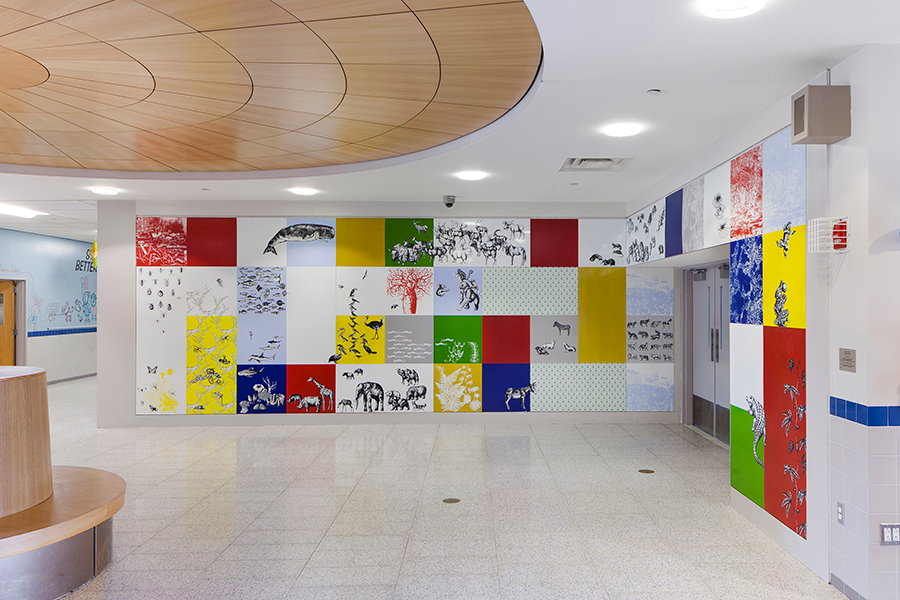 The Terna Prize issued, within one of its first editions, a foresight research on the condition of art for 2010-2015. The results provided insight on the current scenario. The results also indicated that the crisis would weaken any remaining dependency on dominant rules and ensure an increase of the social role of art. Do you believe this is actually happening?

This also requires that a distinction be made between the various areas that art encompasses. Art that mainly focused on its social purpose definitely reacted to the crisis by intensifying its commitment towards social issues. Art that developed from the system strengthened its roots in this area. The market system has never been so thriving. 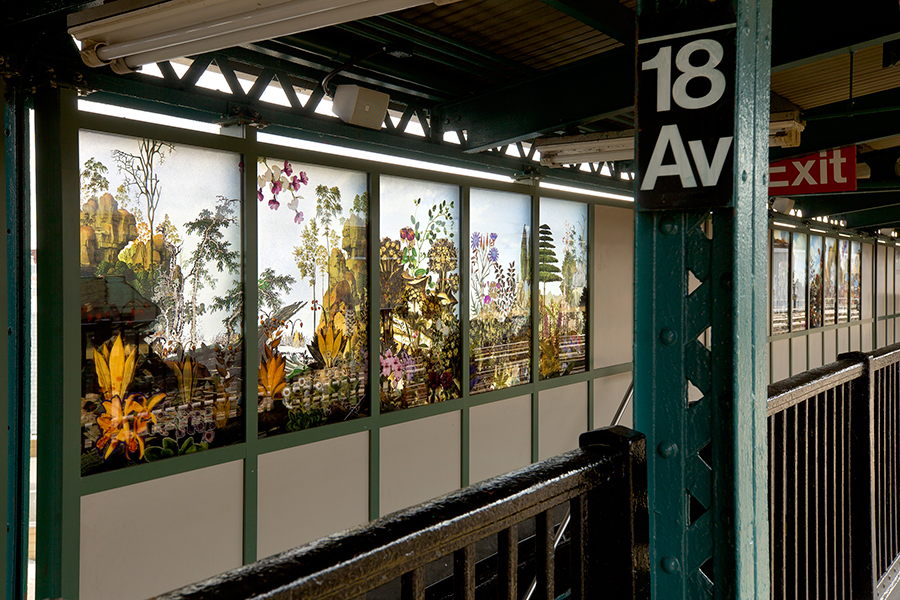 Yes, I recall that period very well. I had just terminated Acrobazie, a project that involved me living in close contact with the patients at the Ospedale Fate Bene Fratelli in Milan for six months. I was so involved in this experience that it became a crucial factor for the development of my next project. I was also preparing for two exhibitions in Rome, my first video-animation [Scene di disordine e confusione] and an installation at the Pastificio Cerere (former Pasta factory).

In what direction has your most recent research developed? Can you tell us something on your future projects and plans?

Generally speaking, the iconography of nature is becoming increasingly important for my work. Specifically, I am currently engaging in a great deal of projects. I am developing one for the Bollate prison in Milan, promoted by the Fondazione Adriano Olivetti in Rome through the Nuovi Committenti (New Clients) program. This project means a lot for me. The prison is planning to open a nursery for the prisoners’ children. The areas are located near the most outward enclosure and my challenge is to create a sort of opening towards the outside world. I am also working on a major project in Portland (Oregon). This is public project that has been commissioned by the Health Department. 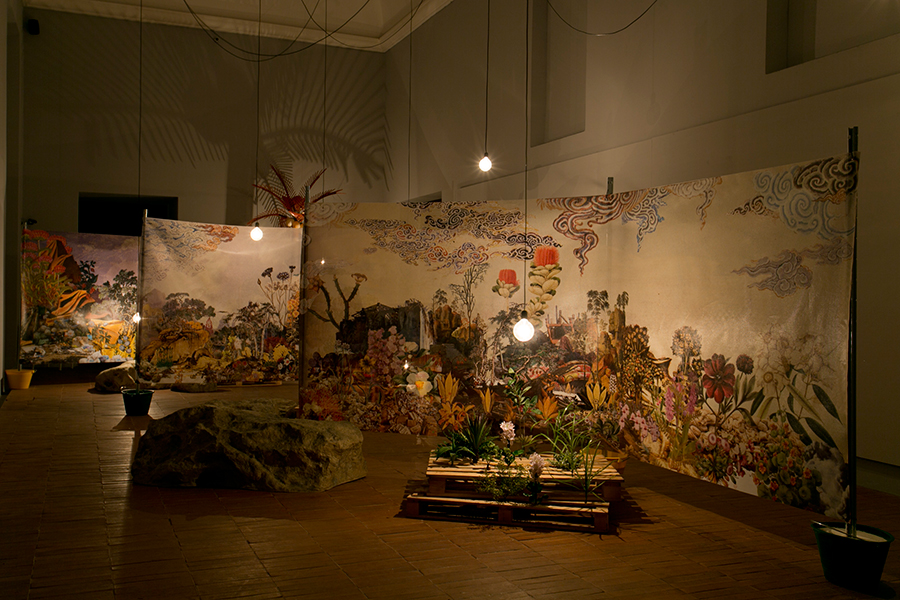 How much does the U.S. invest in art production?

A distinction must be made between the different sectors. Public investment is scarce and museums are mainly privately owned. Grants are chiefly provided by Private Foundations. The National Endowment for the Arts (NEA) has been facing cuts for several years.

Italy should have Foundations like the Andy Warhol Foundation in the United States. Italy had a public system that has been conditioned excessively by political party bureaucracy. Countries such as Scandinavia and Germany have had positive models in terms of providing support to art, despite the crisis they have been facing during recent years. The Netherlands have provided an excellent system supporting art production although it may have gradually spoilt artists and thus penalized the quality of work. 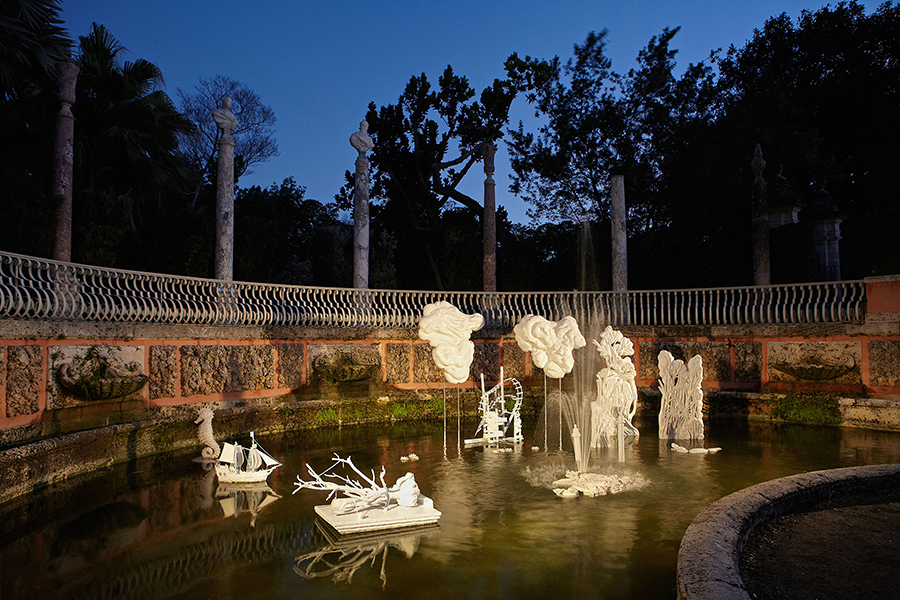 The issue is opportunity. It not only offers financial support but active encouragement. It is a very prestigious award, especially on a national level.

Terna is a company that provides energy to our Country. By committing to the Terna Prize the company focuses on transferring energy to art and culture and creating a network to support and develop talent. Do you think that the Terna Prize formula is still relevant for promoting art? Do you have any suggestions for the next edition?

I believe that dividing works of art into categories works well because it allows each artist to compare his/her work with work that belongs to the same area. 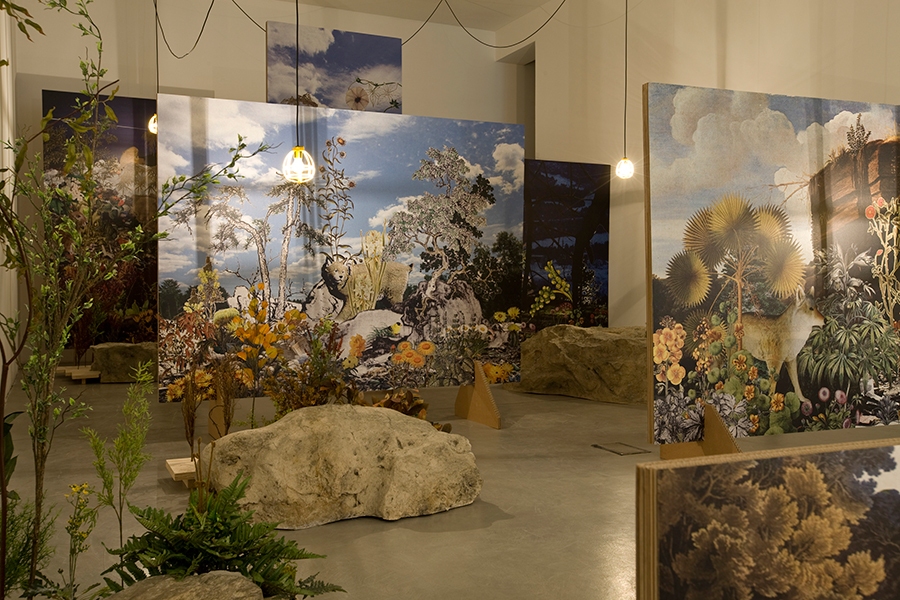