In conversation with di Azzurra Immediato, entrepreneur Jaumann discusses about the new cultural entities as part of GAME OVER. Loading

by Azzurra Immediato
in focus, Game Over, Interview

The interview with Leonardo Jaumann, an entrepreneur and lawyer who focuses on copyright issues, starts the first series of ‘investigations’ by Azzurra Immediato for GAME OVER.Loading, the research phase of GAME OVER. Future C(o)ulture, a project conceived by the VILLAM Association, aimed at researching and studying new ‘cultural entities’ – hybrids aimed at reconstructing the future. With this series of interviews, Azzurra turned to professionals who work with the world of culture in various capacities, but are not directly involved. Maintaining an ‘objective distance’, these professionals offer an ‘other’ view with respect to that of insiders.

Azzurra Immediato: What are the needs that society today should / would like to see expressed through culture, and also through the creativity and ideas of each individual?

Leonardo Jaumann: To begin with, the meaning of culture should be defined. I assume culture is not intended here as a mere synonym for “art”, as that would be reductive as well as incorrect.

The dictionary states the following:

Speaking of needs can also be misleading, as these are often confused with desires.

I have no idea what the current needs of mankind are. However, personally, I have noticed that I am particularly sensitive to creative forms that aim to raise awareness or supply the tools for this. Culture thus becomes a tool for personal and collective growth. Awareness not only of oneself, but of much more. I consider it absolutely essential that this awareness be free from all forms of demagogy, so highly valued by certain forms of expression, and take inspiration more from feelings rather than emotions, coming closer to what is true or, even simply, what is. Simplicity today is a value that is often misinterpreted as mediocrity, and this is why it is essential that culture restores a certain “purity” when considering what is so essential in its own complexity as to be revolutionary. Another need, I believe, is to clarify and give the term “human” new meaning. For better or worse, many phenomena are simply human. I am not referring to a renewed humanism, but more to an anthropological reflection of genuine love and understanding towards everything that belongs to man as a human being.

In my opinion, all this cannot be done without a holistic approach, in which the whole mental and emotional universe is redefined and in which there is, once more, a simultaneous esoteric and exoteric approach, where science and spirituality, already coexisting in man, will no longer be artificially separated.

Not everything that is cultural is good. Culture is also born from and out of evil. Culture, a new culture, simply comes into being, its fruits formed and reflecting the humus on which it has fed.

Culture just is, the rest is judgement. We have to ask ourselves what kind of culture we want. It is wrong to think of culture as something which is necessarily high-brow. It all starts with education and tradition, a slow process that can have different cultural outcomes.

Culture is a necessary outcome, which cannot be avoided and does not need any particular prerequisites to come into being. It is embraced nonetheless, only sometimes when people do not like it, they call it sub-culture.

For my part, what I think of as a “new cultural entity” in the evolutionary sense, i.e. progress, is a phenomenon that knows where it comes from and has guessed where it is going. A forward-moving tension, driven by powerful intuition, that allows progress towards greater openness, comprehension and awareness. At the moment, different realities coexist on the planet. It does not matter whether there is a fusion of different cultures, whether we are moving towards globalisation or whether we remain within our own tradition. Everything makes sense and serves to bring about a new awareness if this is embedded in a path of consciousness. I believe that mankind has moved away from collective or mass phenomena. I believe that we live in a historical period where we have to speak to individuals and, for this reason, a single criterion no longer exists. Everyone finds their own way, together with their own cultural expression, one that brings them closer to awareness. Then, having followed different paths, we will all reach the same goal.

To speak of hybridisation is to speak of dominant and recessive traits. Gregor Mendel was well aware that by crossing two different varieties of peas, some traits were dominant over others. This leads me to suggest that the concept of “cultural hybridisation” possesses certain negative connotations because I immediately think of the phenomena of cultural repression, such as Catholicism in South America and other examples. Certainly the outcome of Mexican culture and Santería, for example, is extremely fascinating and, perhaps, the result of hybridisation. In nature, however, there are also cases of spontaneous hybridisation. This is welcome as it reflects an evolutionary process that better responds to new situations and new needs.

The above question is still full of division, of stigma. Talking about different habitats once again reveals the division between various sectors over recent centuries. A line of reasoning that has already been seen and, in some ways, is also boring. The answer is yes, “new” habitats can be created. The first, for example, is to stop thinking about “habitats”. As long as a dualistic worldview remains, culture will only and always be partial. The irony is that everything is already here, but it is men alone who keep it separate and then work to bring together areas that they themselves have artificially separated. A new habitat could be represented by a party: put different people together, let them converse and see what happens, but do not choose them on the basis of representing different sectors.

Leonardo Jaumann is an italian entrepreneur. He graduated from the Catholic University of the Sacred Heart in Milan with a thesis on industrial law, focusing on online law. He qualified as a lawyer in 2008, has been a member of the Italian Register of Trademark Attorneys since 2005 and is a European Trademark and Design Attorney. Today he is the owner of Jaumann srl. 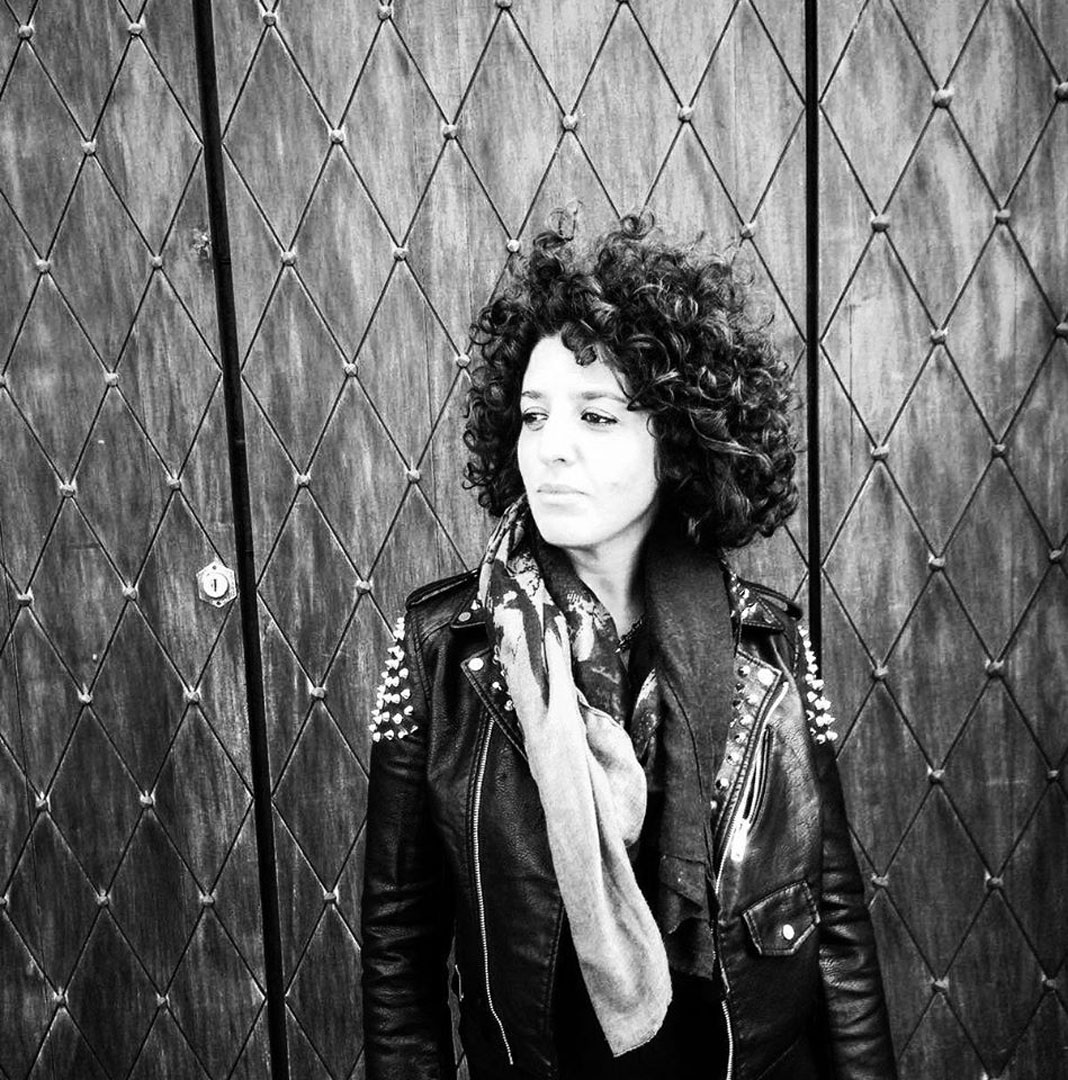 Azzurra Immediato is an art historian, curator and critic, and Senior Partner and Art Curator for Arteprima Progetti. Editor for ArtsLife, Photolux Magazine, Il Denaro, Ottica Contemporanea, Rivista Segno and several newspapers, Immediato investigates multidisciplinary art projects, focusing on photography, performing arts and video art, and is also on the scientific board of the IAR project, International Artist Residency.  She is one of the promoters and signatories of the Art Thinking Manifesto. Artistic Director of the Photography Section of the VinArte festival since 2018 and creator, with Massimo Mattioli, of the Imago Murgantia project. Immediato collaborates with the Photolux Festival as a workshop teacher and assigns the fundamental role of process and the essential device of each activity to culture, forming a response to needs and desires, an emotional tool for businesses, individuals and territories as is the case for communication with DotNet. In addition, in 2020, she embarked on a collaboration with Jaumann srl, combining the world of Art with that of Law and Intellectual Property.

This interview is part of a series of investigations by Azzurra Immediato and it is part of Loading, the preliminary phase of GAME OVER, a project aimed at researching and studying new “cultural entities”, people, objects or research from different disciplines (physics, bio-robotics, AI, agriculture and medicine) and transporting them into the art world. This is a research project, but also a gesture that goes beyond simple interdisciplinary dialogue, becoming quite radical: a real “transplanting” of research areas aimed at preparing future c(o)ulture, where “creativity” equals “invention” and “invention” equals contributing to a transformation. A spark, a sign of a genetic mutation, a change of direction, a short circuit. A different energy that is also marks a change which is taking place and could constitute new lifeblood for the Culture system. This first phase is an investigative one aimed at visionaries, hybrid thinkers from various fields, including those from the cultural sector, who can express their views on current needs, each in relation to their own disciplinary field while generally respecting culture and society at large. Project team: Anita Calà Founder and Artistic Director of VILLAM | Elena Giulia Rossi, Editorial Director of Arshake | Giulia Pilieci: VILLAM Project Assistant and Press Office; Chiara Bertini: Curator, Coordinator of cultural projects and collaborator of GAME OVER – Future C(o)ulture | Valeria Coratella Project Assistant of GAME OVER – Future C(o)ulture. Previous interview: Primavera De Filippi (Arshake, January 21, 2021)

Institute of the Cosmos