You and AI: Through the Algorithmic Lens

Eva Kekou interviews Irini Mirena Papadimitriou on her project (commissioned by the Onassis Foundation) that took place in the public space of Athens Pedion tou Aeros between June 24 and July 25, 2021, an investigation on algorithmic systems exploring how and by whom they are constructed and defined, and how they can impact and reshape society and our perception of the world. The project is now part of the networked gardens at the Festival of Ars Electronica in Linz and it is possible to view it online from September 8 to September 12 through Ars Electronica‘s official website.

Eva Kekou: Can you please tell us how you came to the idea to exhibit AI in public space and why in Athens in this particular time after covid and multiple lockdowns?

Irini Mirena Papadimitriou: I’ve been working around this subject for quite a while, in particular I’ve been interested in both how artists work creatively with technologies like AI, machine learning and neural networks, but also how they engage critically with emerging technologies like AI, facial recognition, with biometrics, data science and more. My curatorial work has been focussing on how technologies shape our societies, our identities and the way we interact with our environment and perceive the world. AI is now present in our everyday lives, from personal devices, shopping recommendations, navigation, but has also invaded public space and it shapes people’s lives in ways that we often ignore. One example is facial recognition and predictive policing, but we hear more often of cases where algorithms make decisions based on data and statistics to classify people and assess their eligibility to healthcare, housing, jobs, or penalise them. If algorithmic systems and machine decision making have become so embedded in our society we need to be asking critical questions about who controls and decides on these systems and whose lives are being impacted. We also need to rethink how we design these systems, the need for frameworks to respond to the challenges, and the need to involve more people in their making.

Exhibiting You and AI: Through the Algorithmic Lens at Pedion tou Areos, a large scale park in central Athens and an incredibly exciting and multicultural place, was a brilliant opportunity to bring these discourses out of the gallery to the public realm. Pedion tou Areos (meaning Field of Ares) was originally a military training camp that later became a recreation space and public garden i.e. a natural and artificial space, both interesting parallels in the context of AI, which sprang from military applications and has become an instrument of power and coercion. But more importantly, Pedion tou Areos constitutes the heart of a multicultural Athens, a public site that serves diverse communities and a place that during the pandemic was discovered anew, as a place to escape, play, walk, and find refuge from the city. 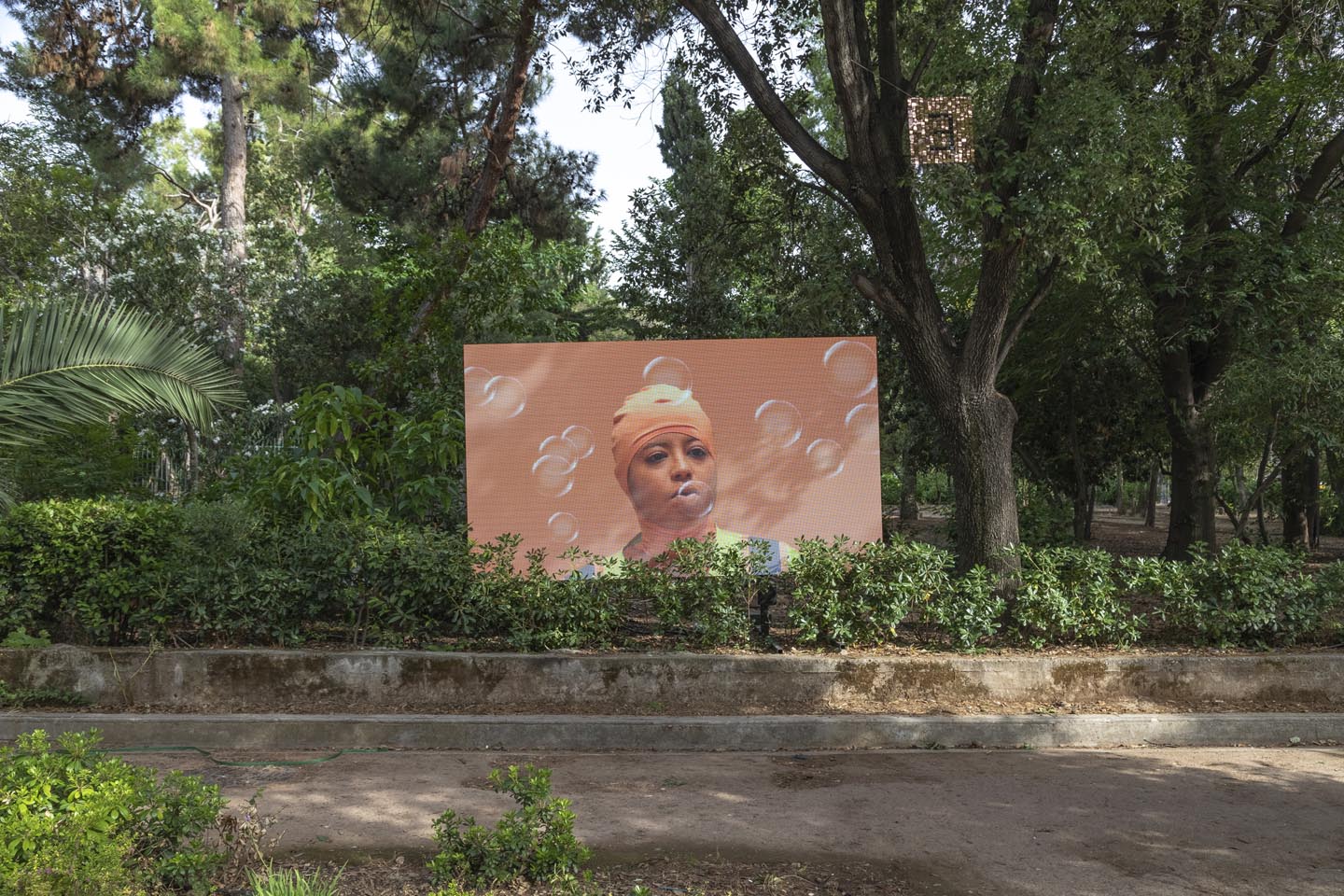 The exhibition, which includes 25 installations, unfolds through three thematic areas corresponding to three routes through the park; how artificial intelligence shapes public space and democracy, how artificial intelligence views us and how we view it, and artificial intelligence as a constituent part of – and substitute for – the natural environment. While this project was being developed, but also during display, we are still navigating our way through the current pandemic crisis, an event that had a huge impact for people, society, culture, economy and environment, but also a crisis that has had a profound influence on human behavior, living and working. As the pandemic comes at a time of ongoing crises, conflicts, authoritarianism, and climate change to mention a few, this is a significant time for us to reflect on and rethink the consequences of creating unjust systems and messing with ecosystems. 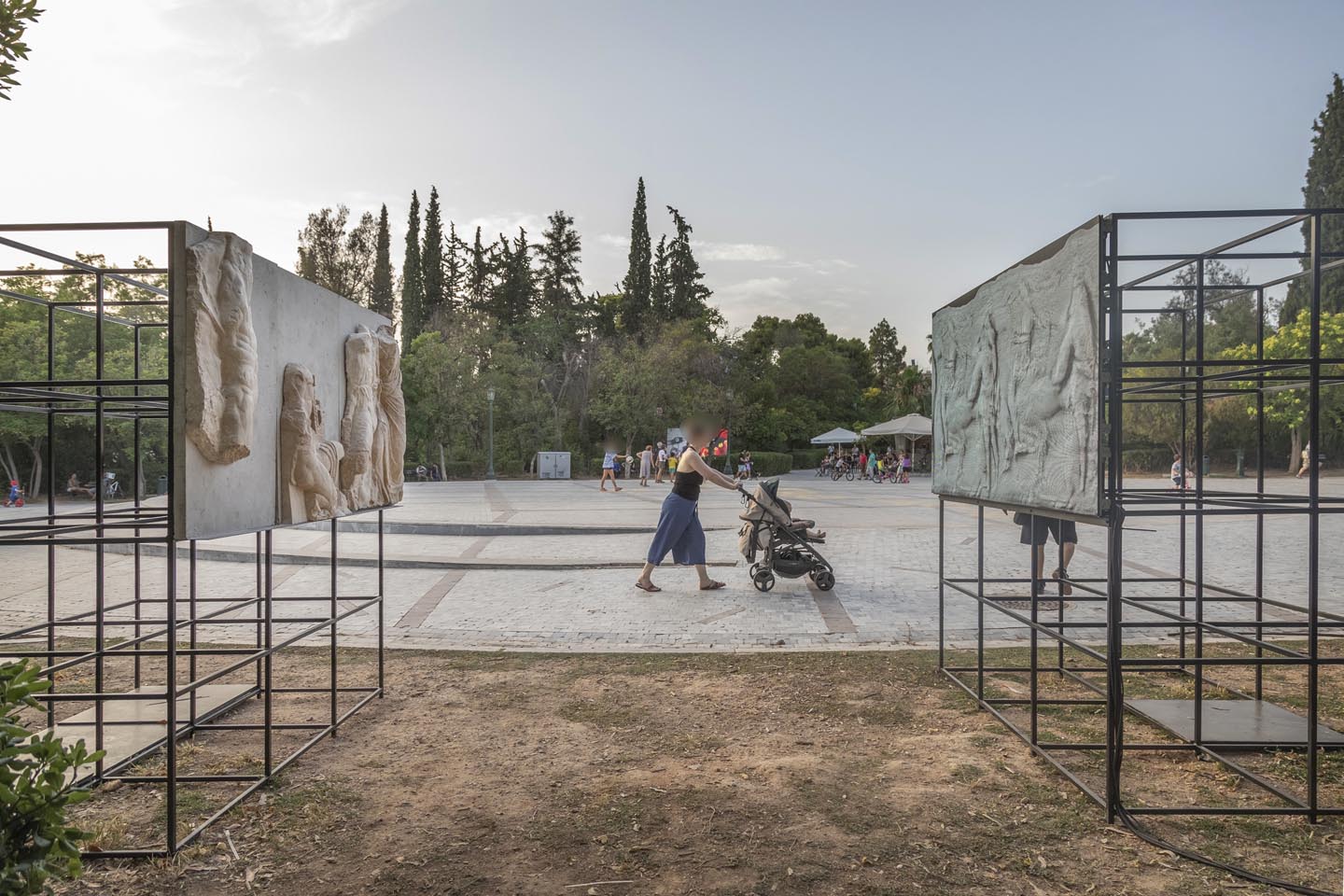 How do algorithms impact and reshape society and our perception of the world?

Artificial Intelligence and algorithms have been pretty much embedded in our everyday life for quite a while now. From smartphone technology, navigation tools, TVs, music and reading platforms recommendations for content to watch, listen to and read, to online search engines, these tools have been influencing and changing our interactions online and offline opening up new opportunities, but also bringing about many challenges. From social networks and search engines to finance, law and policing, AI in all these applications has many issues and misuses. AI has made possible and easy the creation and spread of deepfakes* and fake news and these very same technologies are being deployed for controversial applications such as facial recognition, profiling, predictive analytics and policing. AI applications have also been rapidly expanding into public space. Systems that monitor and identify us, from surveillance, facial recognition and thermal imaging cameras to wifi tracking include some of the visible and invisible ways through which AI is implemented in public space.

Algorithms have made many aspects of our lives more convenient, and we have become accustomed to blindly depend on our virtual assistants, search engines, automated texting systems, navigation tools to name a few. The issue is that our trust and dependence on invisible and complex systems like these has become normalised and unquestioned, so maybe it’s about time to take a step back and rethink. 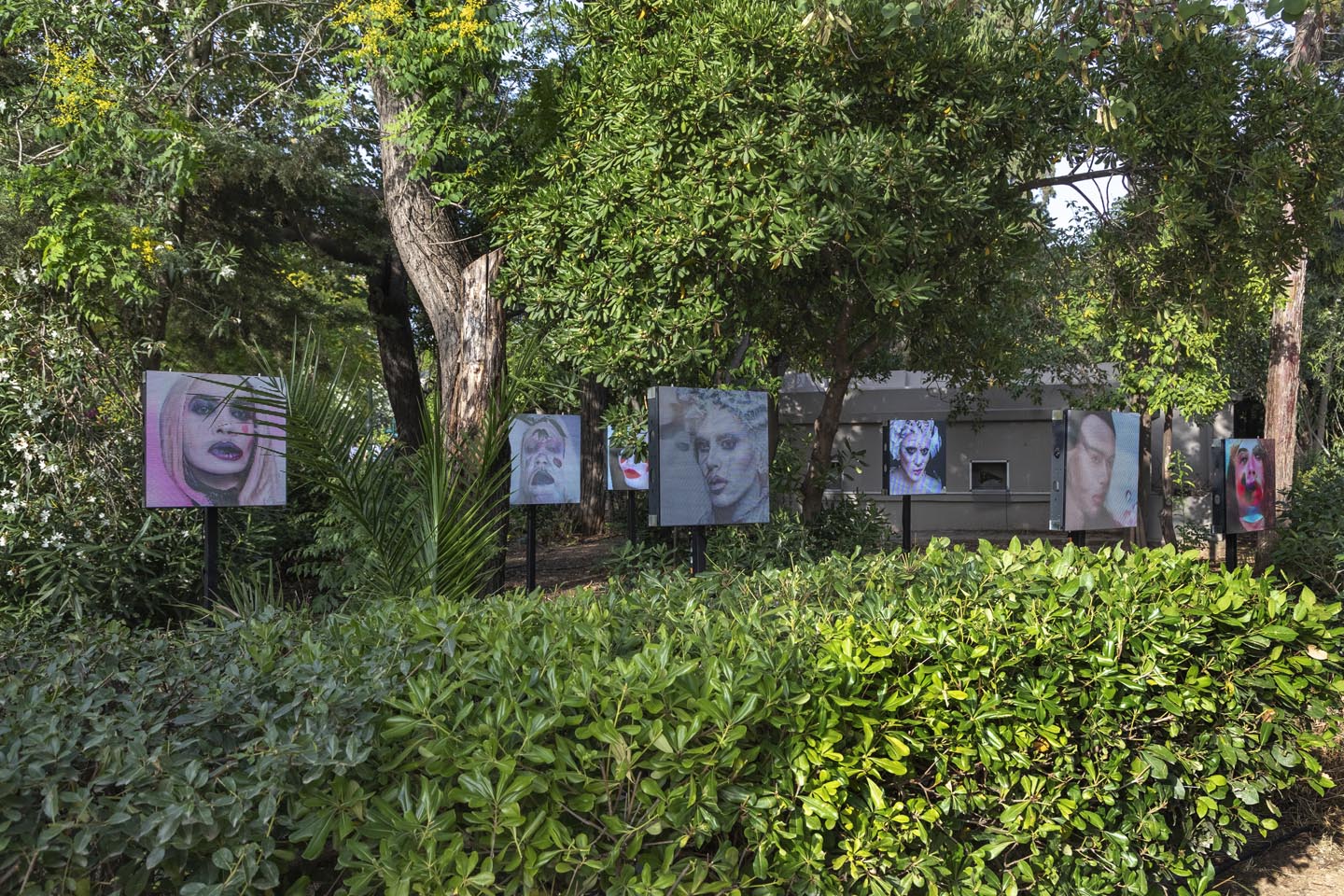 Does this exhibition tell a story about ‘now’ and ‘then’ about present and future? or is just open to open ended interpretation?

The purpose of the exhibition isn’t to present future scenarios or dystopian ideas, but focus on present-day realities when it comes to algorithmic profiling, injustice and bias. So yes, it tells a story about how the algorithmic and technological systems we design replicate gender and racial bias and continue to marginalise and alienate communities and people. The systems we design only reflect how we are as a society, so this is an invitation to rethink about the kinds of futures we want to have rather than what we are being presented by a few large corporations and start acting to create change.

«You and AI: Through the Algorithmic Lens» (commissioned by Onsassis Foundation), now at Ars Electronica Festival, 08- 12.09.2021 (online)

Irini Mirena Papadimitriou is a curator and cultural manager, whose practice draws on interdisciplinary and critical discourse to explore the impact of technology in society and culture, and the role of art in helping us engage with contemporary issues. Currently Creative Director at FutureEverything, an arts organization and innovation lab in Manchester, she was previously Digital Programmes Manager at the V&A and Head of New Media Arts Development at Watermans.