The Posthuman City at the NTU Centre for Contemporary Art

The Posthuman City exhibition, currently on display at NTU Centre for Contemporary Art in Singapore, is part of a wider research addressed to Climates Habitats. It starts from the city and from proactive ways of being sustainable, projecting itself into a future coexistence that is beginning to define the post-anthropogenic world. Art, architecture and design make aspects of urban life visible, where already more than half the world’s population lives, as a condition for a habitat of hybrid life forms. 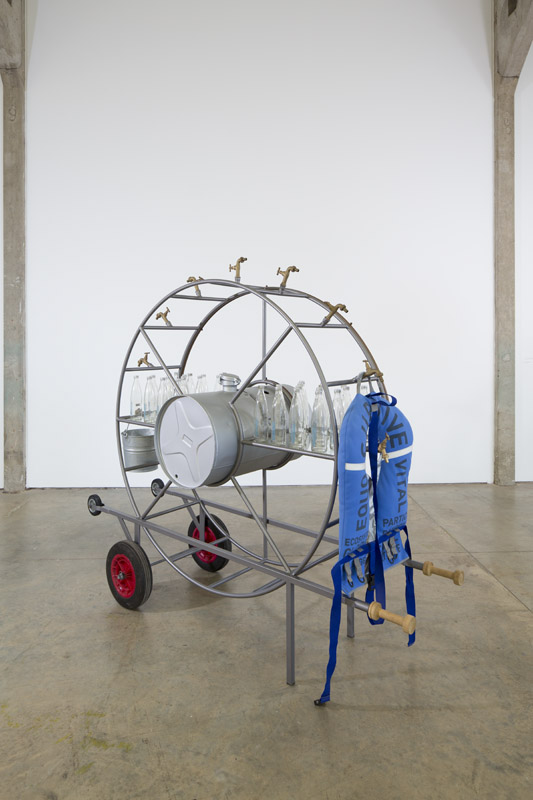 In OrtaWater, Lucy + Orta focus on water and on economic systems to collect and purify water from local springs which can then be distributed. Soya C(o)u(l)ture shows how to extract water from tofu plants and then convert it into usable biomaterials, such as fertilisers or skin-like tissues.

The attachment to the earth as it is represented in models of sustainable outlook held by indigenous peoples (Earth Drawings by Marjetica Potrc) and the ability to build decentralised dynamics found in the life of animals, such as termites (Nicholas Mangan), are some of the resources that can be drawn on to imagine post-human coexistence, starting from the Planet and human beings.

Untitled (Human Mask) by Pierre Huyghe investigates the coexistence between humans and other species starting from the life of a monkey, Fuku-chan who, in real life, works as a waitress in a restaurant. 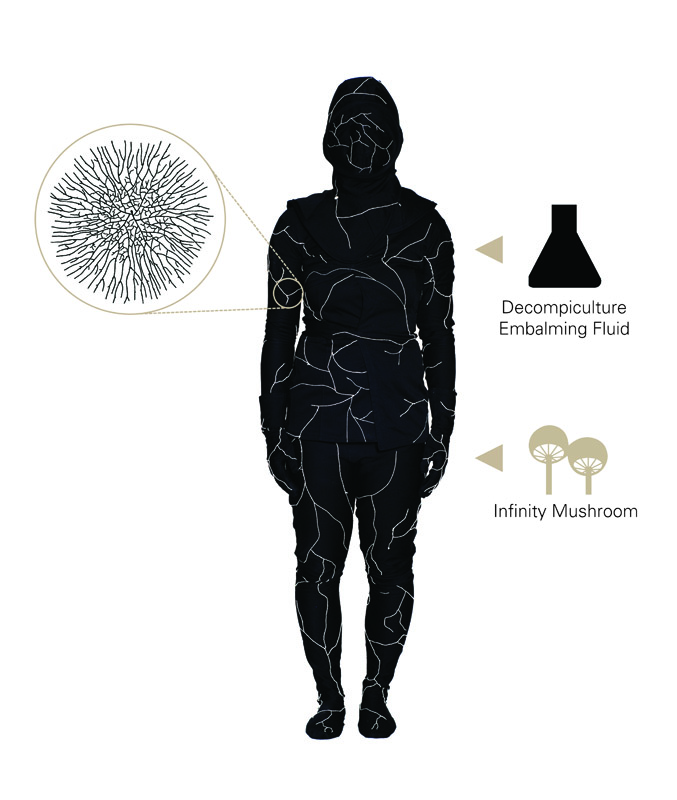 Reflecting on the post-anthropocentric world cannot ignore the relationship between man and death. Jae Rhim Lee responds to this question by developing an ecological suit to wear at one’s death in order to make the body biodegradable, an important contribution to the future ecosystem. 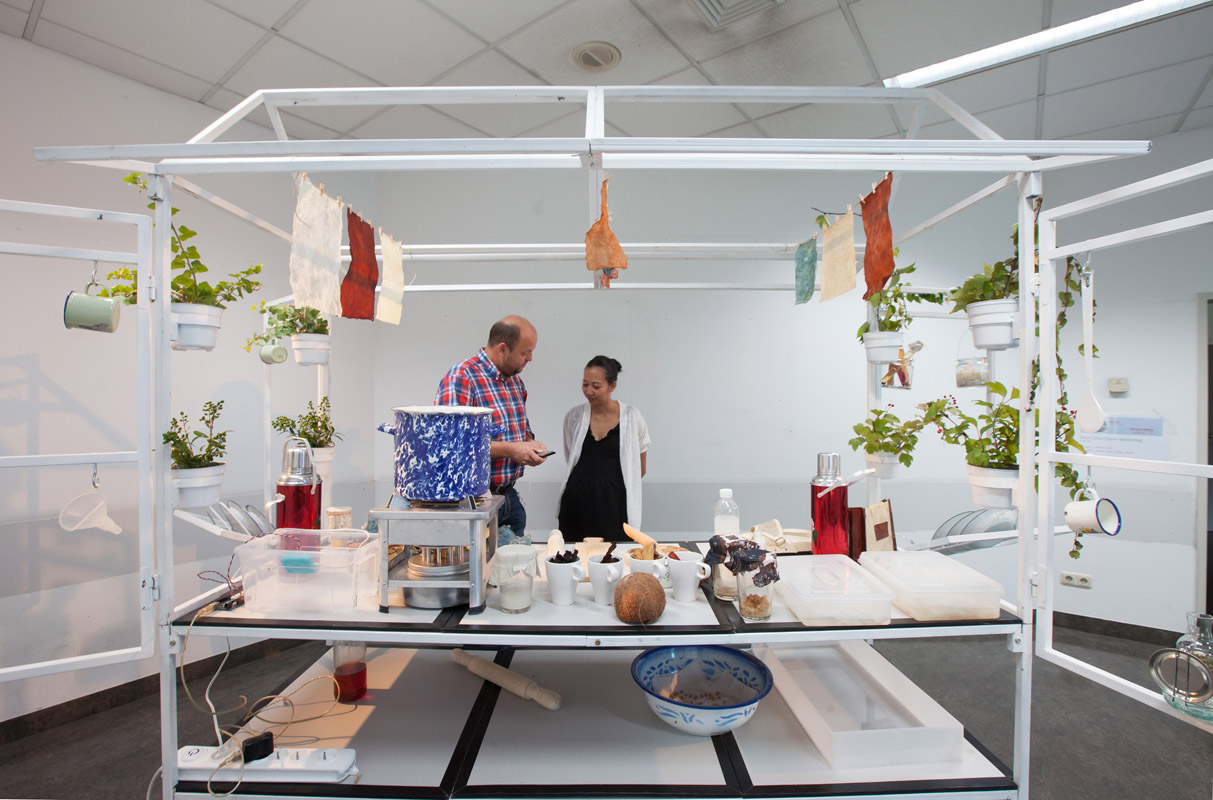 Life is also closely linked to economics and Hito Steyerl, one of the most important philosophical artists reflecting on the interrelation between worlds on this side of the screen and on the other, comments on the fluidity around which all vital and economic cycles of life are gathered – from data circulation to finance and weather systems – promoting the need to enter the network which binds us in post-capitalist structures to create space for new sustainable ecological policies. 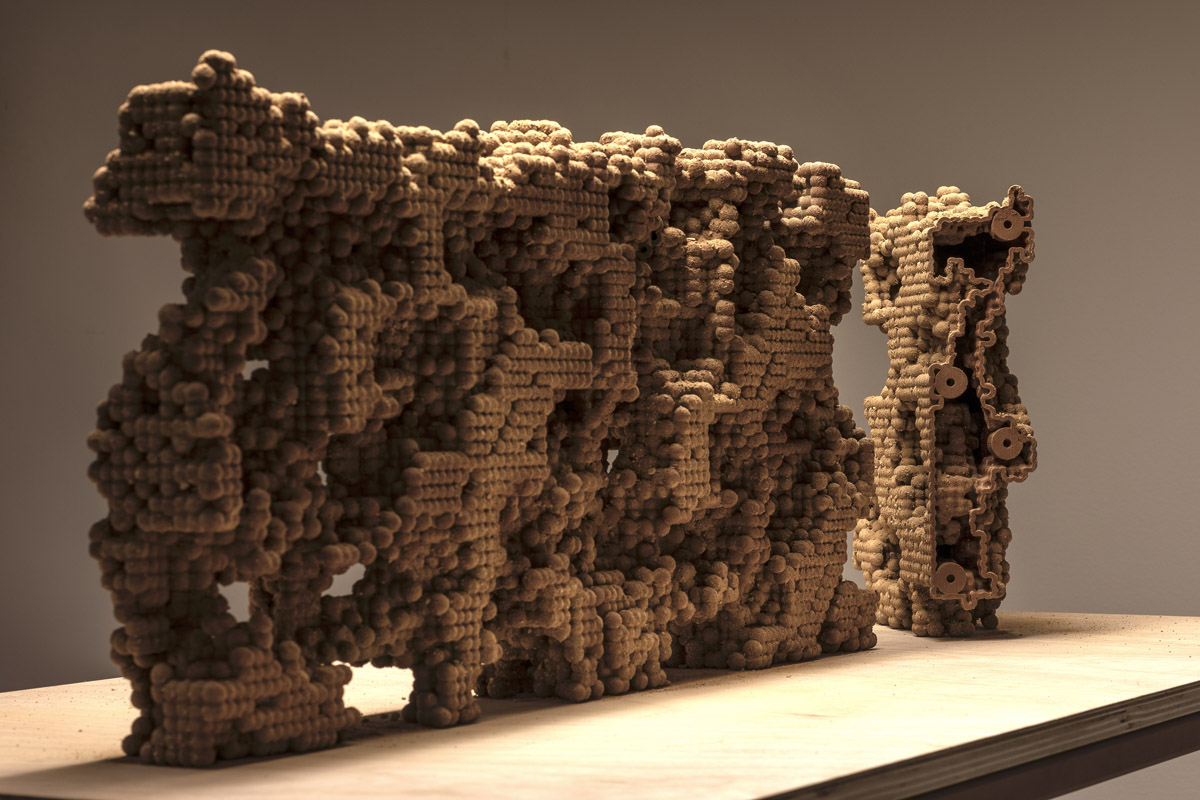 Around the city and its potential post-ecologies, therefore, all kinds of life on the planet are gathered: from indigenous communities still tied to the earth to fluid post-capitalist economic systems, from the life of animals to the death of man. The different angles and arguments proposed by the individual artworks build a fertile ground for the construction of future visions and policies where man, now on the threshold of his sixth extinction, can look for some salvation and can be projected towards new scenarios of inter-species coexistence.