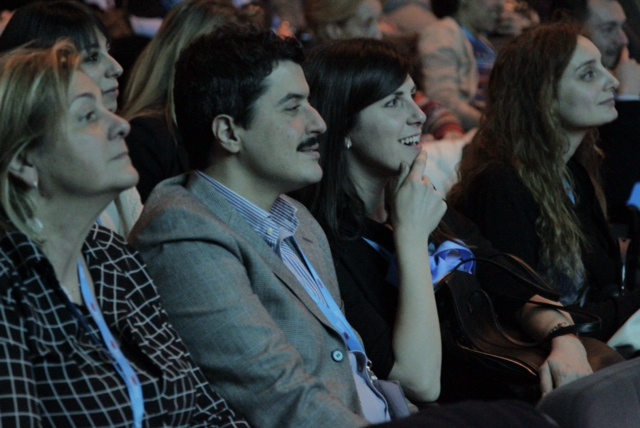 This year’s TEDxRoma is a Mediterranean Carousel with three careers, the turns in a medieval joust: From Immobility to Movement; From Tradition to Modernity; From Differences to Richness. The only two rules that supervisors had to observe were: there are to be no references to politics or religion and speeches can run no longer than twelve minutes. The scheduled set list underwent a significant change, however, a few days after the terrorist attack on the Bardo Museum and Alia Mahmoud opened the talks. She is the New York-born director of the Microsoft Innovation Center who has returned to Tunisia to give her contribution to the revolution.

Two very meaningful speeches were also given by Chloe Teevan, cultural organizer at Cairo’s D-CAF Downtown Contemporary Art Festival (who was raised in Ireland but as returned to Egypt to organise cultural events with the same intentions as those of Alia) and Mouhannad Malek, a researcher from Cambridge and founder of Syrian Researchers, an initiative that promotes science in the Arab world. This orientation which abounds among intellectuals in the Arab culture is precisely what is making progress in their individual countries through the sharing of awareness – nothing is more political than an aesthetic and cultural gesture. After all, the world is changed through words, knowledge and beauty.  For instance, Francesco Vezzoli’s artistic process is a metaphor of the Mediterranean and the only way to confront modernity seems to be by connecting with tradition and transforming it into the present. Examples of this are the colour additions to the classic busts purchased at an auction, created in collaboration with a team of archaeologists and recently exhibited at the MOMA PS1. Israeli designer Ilana Efrati uses the fabrics of her reversible duster coats to express the union of the Mediterranean’s two souls: earth tones/texture of the woods on one side and the sea/blue on the other.

The Mediterranean seems to be an intellectual and artistic crossroads, today as in the past, in which the destinies of the world take place. It is the cradle of humanity and therefore the stage of conflicts and contradictions. TED wanted to focus upon positive ideas, the ones which have existed alongside the shadows for thousands of years, and advance the mobile frontiers of thought one step at a time:  Defne Koryürek, Slow Food International Councillor for Turkey, tells us of the wonders of Istanbul by using a fish with five names as a parallel; Jean-Pierre Darnis, a professor at the University of Nice, describes these frontiers as imaginary places in which neither the geography nor the genetics are changed – the idea of a place and who inhabits it are what changes. In fact, borders defined as natural such as mountains could become a bridge between peoples instead of separating them according to artist and ski coach Angelo Bellobono. There are even those, like the Greek space scientist Antonius Vavouliotis, who dream of space as the way to surpass terrestrial confines. 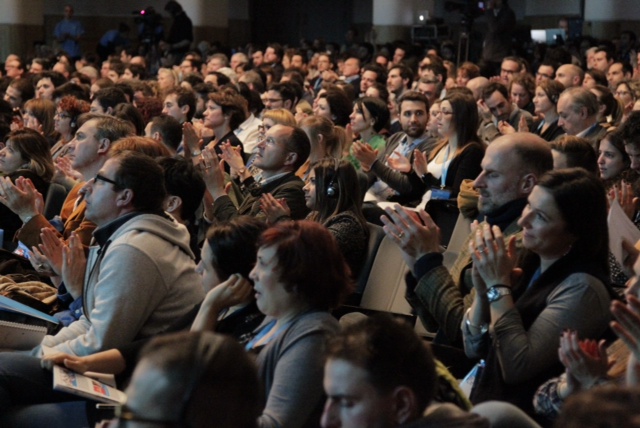 Even the waste from the Mediterranean is precious. Enrica Arena, the co-founder and start upper of Orange Fiber explains that sustainability can also be found by converting orange peels into a silk-like fabric. Green Economy is also the field of research for Algerian chemical engineer and start upper Nasma Bouchelkia who focuses upon “zero waste” thanks to an innovative process that reconverts waste into energy.

Inverter logic demonstrates how darker side of life, in all of its manifestations, can become the source of new ideas. Luigi Naldini teaches us that even a virus can be tamed and used as a drug. The great scientist quotes the inscription on the Temple of Apollo at Delphi ΓΝΩΘΙΣΑΥΤΟΝ, «Know thyself» as a warning to never forget. This is the only way to encounter Dionysius and feed upon his creative energy.  «Crazy is the better», states David Munir Nabti, CEO of Altcity.me. Having an «aim for the stars» attitude is the only way to arrive at new ideas and results. But from a more human standpoint that does not see man as a machine. This is the advice of Jesus Vega because «Fun is the key of success». The more creative parts of our brains are activated through relaxation: «life is short, play more». We have to believe him because this head of such fashion brands as Zara, Stradivarius and Massimo Dutti, who collaborates with the world’s most prestigious companies and institutions, has found a way to handle the stress of a wolf of Wall Street in the sweetness of a Mediterranean siesta.