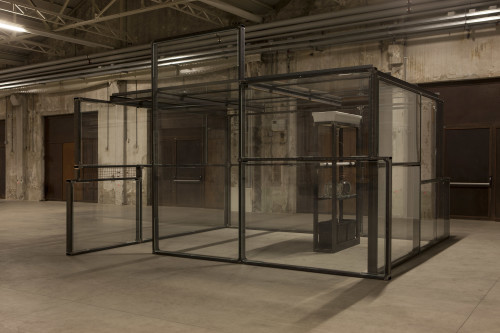 «If our attitude towards works of art from the past changes as our perception and environmental conditions change, we should not neglect the fact that often what changes our attitude towards contemporary art is the arrival of new techniques and the discovery of new forms of media» [1]. This warning from Dorfles still applies today and seems particularly vivid and significant in the case of Micol Assaël, the 35 year-old Italian artist residing in Greece, who has been featured for over a decade on some of the most brilliant stages on the contemporary art circuit. In fact, her works have been displayed at the Venice, Berlin, Sydney and Sao Paolo Biennales while museums such as Rome’s GNAM Contemporary Art Museum, the Palais de Tokyo in Paris and the Kunsthallen in Basel and Kassel have hosted her solo exhibits. 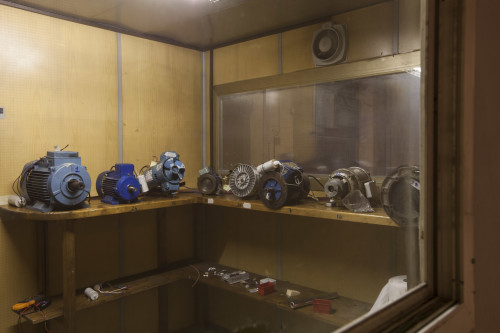 She is the protagonist of an exhibit entitled ILIOKATAKINIOMUMASTILOPSARODIMAKOPIOTITA which is as fascinating and arduous as its jaw-breaking name. The show is open to the public at Milan’s impeccably renovated HangarBicocca from 31 January to 4 May, 2014. A crossbreeding of Dadaist «Greek-isms»  with the deliberate impossibility of definition and meaning. A non-title that introduces the spectator to a condition of intellectual unease through which a first-hand experience becomes (above all) a sensorial experience. Perception, environmental conditioning and new media are essential means for exploring Assaël – constantly suspended between art and science – which, for this occasion, offers an authentic journey into the discovery of a multi-sensorial dimension through direct, controlled and (according to some) even unadvised consumption. All of this calls for great commitment on the part of the spectator whose involvement is increasingly more fundamental for today’s expositional proportions. Five site-specific rooms marked by the use of material evoking the industrial world (metal, cement, iron and wood) coloured by sounds that are deuteragonists in our everyday lives such as background noise, the sound of an engine, the buzzing of a bee, the racket of a generator framed by physical and electro-physical processes interpreted by the artist as embodiments of nature. 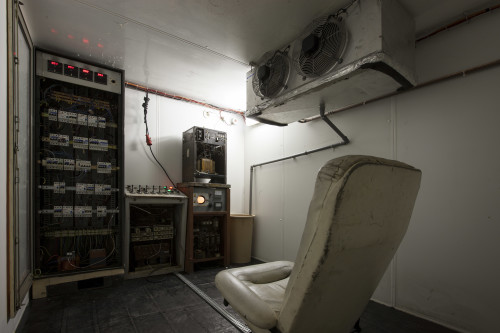 Vorkuta (2003) is the commemoration of the Siberian frost experienced first-hand by the artist: a cell whose temperature can plunge to -30° C furnished with an electric switchboard and a chair with a thermostat that heats up to 37°C. Untitled (2003), protagonist at the 2003 Venice Biennale, proposes a very ventilated environment within an iron structure complete with table, bed and wardrobe suspended 4 cm above the floor. Live wires that create sparks are located in this gap and along the walls. Mindfall (2004-2007) is made up of a recycled container with an arrangement of 21 electric engines inside. The noise they produce is combined with the unpleasant odours they emit. 432 Hz (2009) is the most accommodating of the environments: a wooden structure furnished with looms containing wax drawings which light up in the presence of spectators and reproduce the buzzing of bees that correspond to the exact frequency as the one indicated by the title of the work. Sub, a work conceived specifically for this exhibition, was created by assembling glass and aluminium exhibitors designed by the artist and used to display drawings from the Inner Disorder series (1999-2001). Spectators can witness the birth of electrostatic charges produced by a Kelvin generator by standing outside of or entering a transparent structure. 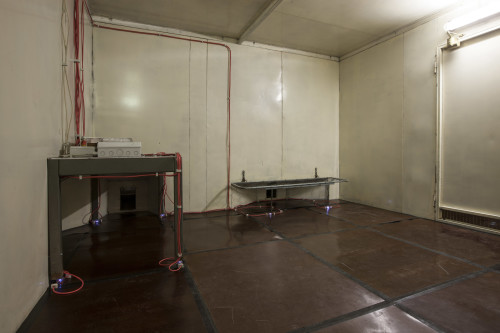