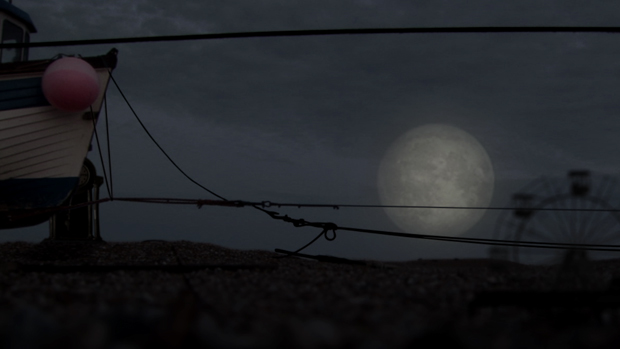 Variations of the Moon intends to turn everyday routine ‘moments’ into ‘poetic’ moments by showing various artistic temporalities. This exhibition will make visitors reflect on the beauty of ‘shadow’ enfolding the ‘moonlight.’ The audience will also get to think about the harmonious life between people and nature, which is filled and emptied repeatedly. The objective is to contemplate people’s life where the fastest speed race in history is taking place.

The motive of this exhibition is Moon is the Oldest TV, one of Nam June Paik’s famous works. This video installation is composed of television sets showing 12 video footages from the full moon to the new moon. This work visualizes changes of the moon and depicts the pre-electronics life when people projected imaginations onto the moon. Variations of the Moon focuses on the Eastern idea about the time and cycle of the moon, presented by this artwork, and expands Nam June Paik’s representation of the nature, humans, myths and art into contemporary artworks. 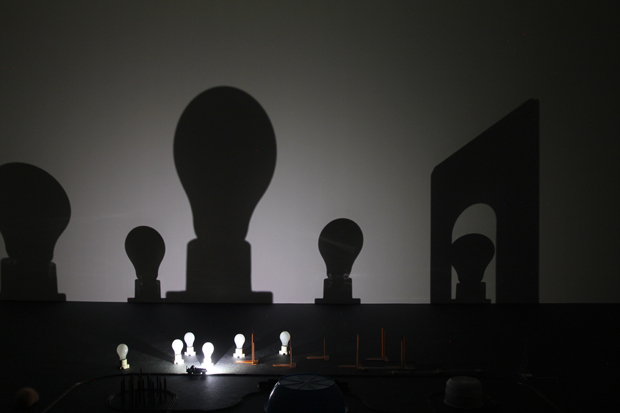 David Claerbout uses image technologies to elaborately dissect and analyze a moment. His Oil workers (of the Shell company of Nigeria) returning home from work, caught in torrential rain shows workers who seek shelter under a bridge, and changes this moment into an eternity. His work reconstructs a picture and creates a virtual three-dimensional animation. The tedious waiting and the ‘moment’ that feels like an eternity reveal the aesthetics of time generated by idle boredom. Hiraki Sawa’s Hako is a six-channel video installation, composed of a clock image showing the passage of 12-minute running time, and unrealistically beautiful and silent scenes of the natural and the artificial. A fixed camera recorded a dazzling and beautiful landscape for 12 minutes. Its screening gives the audience time for contemplation and meditation, and at the same time it presents a paradoxical moment when people experience anxiety and fear that something might happen in the scene where humans don’t exist. This paradox also appears in Sekwon Ahn’s work that shows extremely gorgeous light radiated amid the contradiction and conflict caused by urban development. He creates his works by continually shooting a place from a fixed point at a fixed angle to show changing images of time at the particular spot. Weolgok dong light series and Cheonggyecheon series indicate he, as an artist and an observer, translates the waiting itself into art.   Kyuchul Ahn’s installations display the simple truth that daily moments which are filled and emptied while accumulated are actually life. How to Draw the Moon, which sends an artificial moon into air by gathering lights into one point, Five Rainbows, which is completed by the participation of audience, letters that wane as time goes by, and his other artworks slowly change the exhibition space by evaporation after waiting and then movements to fill the void. Sohee Cho’s Letters are written every day with a candle silently brightening them, and her another work …where…metamorphoses a space by making stitches with threads. As such, she embroiders a space with objects that fade away easily. Her artworks traverse and transcend time silently, softly and lightly, and embrace mirage-like time and life which you can’t grasp even if you want to. Kuwakubo’s Lost #9 presents dreamlike and poetic landscape created by shadows and lights. The black-and-white urban scenery generated by light moving along the mini-train rails reminds viewers of the mystical shadow of the moon, the trace of the night, which has been there from the beginning the universe.   At the opening of this exhibition there will be experimental film maker Jangwook Lee’s Distance, an impromptu performance using a 16mm film projector, and the lecture by Hiraki Sawa. Artists’ talks and other education programs in conjunction with the exhibition will also be held during the exhibition period. (from the press released by Nam June Paik Estate)

What is Nam June Paik Estate

From 2001, the idea of building an institution dedicated to Nam June Paik was discussed with the artist. During these conversations Nam June Paik expressed the wish that this new institution become «the House where the Spirit of Nam June Paik lives on.» Opened to the public in 2008, the Nam June Paik Art Center, aspires to fulfill the artist’s wish by informing its activities through the development of creative and critical research into his thinking and practice.

Paik Nam-june explained: ‘Marcel Duchamp achieved everything in every field except for video art. He created a large entrance and an extremely small exit. The small exit is video art. When we take the exit, we are out of the scope of influence of Marcel Duchamp.’ The NJP Art Center is a creative space, wherein it is possible to practice the ‘mediation of endless potential unfolded outside the exit of Duchamp’. As a space of ‘introspective anarchy of infinite light and life’, the NJP Art Center aims to become a venue for the ‘escape from enlightenment’, going beyond enlightenment. Paik, who was well versed in aesthetics and music, rather than the figurative arts, discovered a new ‘exit’ by combining electronic music and happenings. He didn’t regard video and television, with their great disseminative power, or communication networks, as a means for communicating messages, but as an explosion of time, instead creating a space for mandala-based televisuals, and for participation by the public where ‘consilience’ among heterogeneous fields can take place.

Inheriting the spiritual legacies of Paik Nam-june, the NJP Art Center will expand the possibilities of creating new media for information and communication in the information age, and create a new space for cultural participation from aesthetic, ethical, and political perspectives. The center aims at expanding effective, creative consumption by encouraging reflections on the aspects of human existence that are still involuntary and lack freedom. The center aspires to become a space for cultural mediation that expands the space of freedom’s activities throughout the globe. (Nam June Paik Estate)