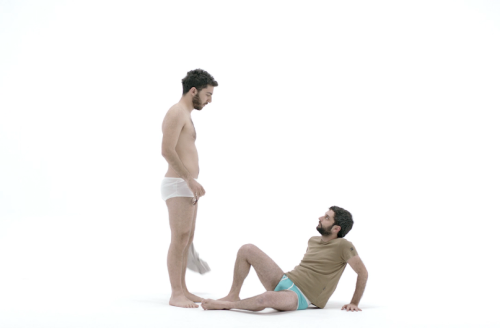 The 18th edition of the Videobrasil Festival marks the association’s 30th anniversary. This is an extremely important institution which anticipated the use of videos as a creative instrument ahead of the times. Videobrasil has witnessed various political climates; beginning with the period of re-democratization marking the first stage of the Festival from 1983-1989 when it was hosted at the Museum of Image and Sound. Its second stage (1991-1999) witnessed the total assimilation of videos into the world of visual arts and confirmed the vision of Videobrasil founder Solange Farkas, who discerned the potential of this medium as an artistic tool before it made its debut on the art and market circuits. An institution very important for its gradual opening from moving image to all contemporary artistic idioms as well as for its engagement towards archiving and preserving. We are pleased to announce, through highlights from the press release, the forthcoming event and will share more detailed information in the near future.

The 2013 edition of the Contemporary Art Festival celebrates an important moment for the biennial show. It is the three-decade anniversary of the sole international contemporary art festival of its kind in Brazil, featuring shows, public activities and awards. As in past editions, a comprehensive show will converse with art from the geopolitical South of the planet: in addition to the Southern Panoramas competitive show, this year’s highlight will be 30 Years, a show covering Videobrasil’s three decades of experimentation and risk-taking since 1983.

Throughout its history, Videobrasil has purposely transformed itself in order to act innovatively upon art and image in motion: when video art was but emerging on the Brazilian scene, Videobrasil created the first festival for the genre, and thus took part in its consolidation and incorporation into the broader art circuit. Afterwards, Videobrasil opened up to other electronic art forms, and then it came to include performance and hybrid practices. Since 2011, it has embraced all contemporary art languages, further emphasizing the scope it had adopted since the 1990s (and which it pioneered in Brazil, it is worth noting): the so-called geopolitical South (Latin America, the Caribbean, Africa, the Middle East, Eastern Europe, South and Southeast Asia, and Oceania) mapped out in Southern Panoramas, which features nearly 100 artists from 32 different countries this year.

The prize jury of the 18th Festival’s competitive show Southern Panoramas is comprised by Cristiana Tejo, Rifky Effendy, Koyo Kouoh, Pablo Lafuente, and Yolanda Wood Pujols. Apart from the first prize, which will grant the winner with an amount of money, there are nine other prizes in the form of two month artist residencies, in associated institutions worldwide (Brazil, Chine, USA, Lebanon, Mexico, Poland and Senegal), offered in a cerimony at Sesc Pompeia’s Theater.

María José Arjona, «…But I am the tiger»