by Arshake
in Events, Festivals, focus

The MEET in Milan will host, from 6 to 9 October 2022, the heart of the 4th edition of the VRE – Virtual Reality Experience festival, dedicated to Digital and Immersive Arts and extended to the cities of Rome, Bologna, Potenza, Palermo, with 32 Immersive works from 12 countries ranging from VR Cinema, to Exhibitions, from AR installations to Mixed Reality.

For the second consecutive year VRE and REF – Romaeuropa Festival are co-producers of a special digital art event. In Bologna, at the Multisala Odeon which will host four VR 360° films from the NOW FICTION collection, Potenza in the VRoom of the National Library and, finally, Palermo in the spaces of Crezi plus thanks to the collaboration with the Communication Laboratory of the Department of Culture and Society of the University of Palermo and the Cantieri Culturali alla Zisa.

Many and extremely topical themes are addressed in the works in Competition: populism and disinformation that threaten democracy, the danger of atomic disaster, the climate emergency, the connection between man and artificial intelligence, the search for a new perspective on oneself, humanity and the Universe.

Among the exhibited works on display:

An Domhan by Gaëtan Le Coarer (2021), an XR experience combining virtual and augmented reality in the adaptation of the Irish Celtic legend The Tragic Death of the Tuireann Children. Users embody the legend’s main characters in an abstract black-and-white universe, immersed in a quest that combines revenge and redemption. The AR user can interfere on the user with the VR visor.

Christopher Boulton’s immersive journey through time and space, Cosmic-Atomic, synchronises the short film Powers of Ten with its ancestors/descendants, placing the viewer within a 360-degree kaleidoscopic loop of specular ascent/descent. The work compresses the sixty years of scientific imagination that preceded/followed Eames’ vision. 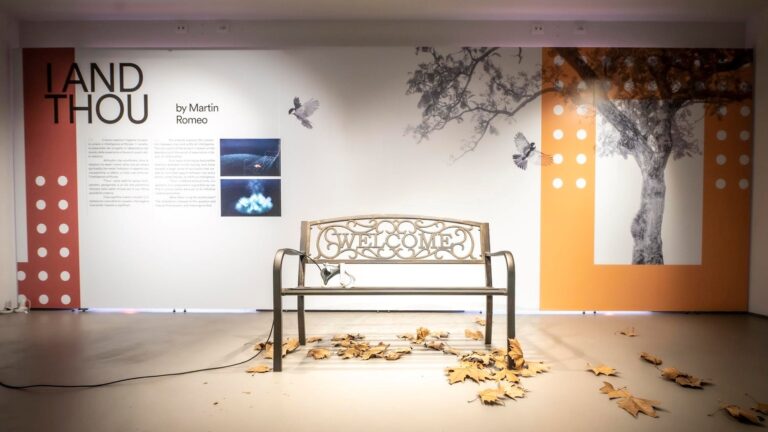 I and Thou by Martin Romeo, explores the connection between man and artificial intelligence. The “you” is defined without limits, it is abstract, compared to a god that we can find in virtual reality for its infinite creative potential. 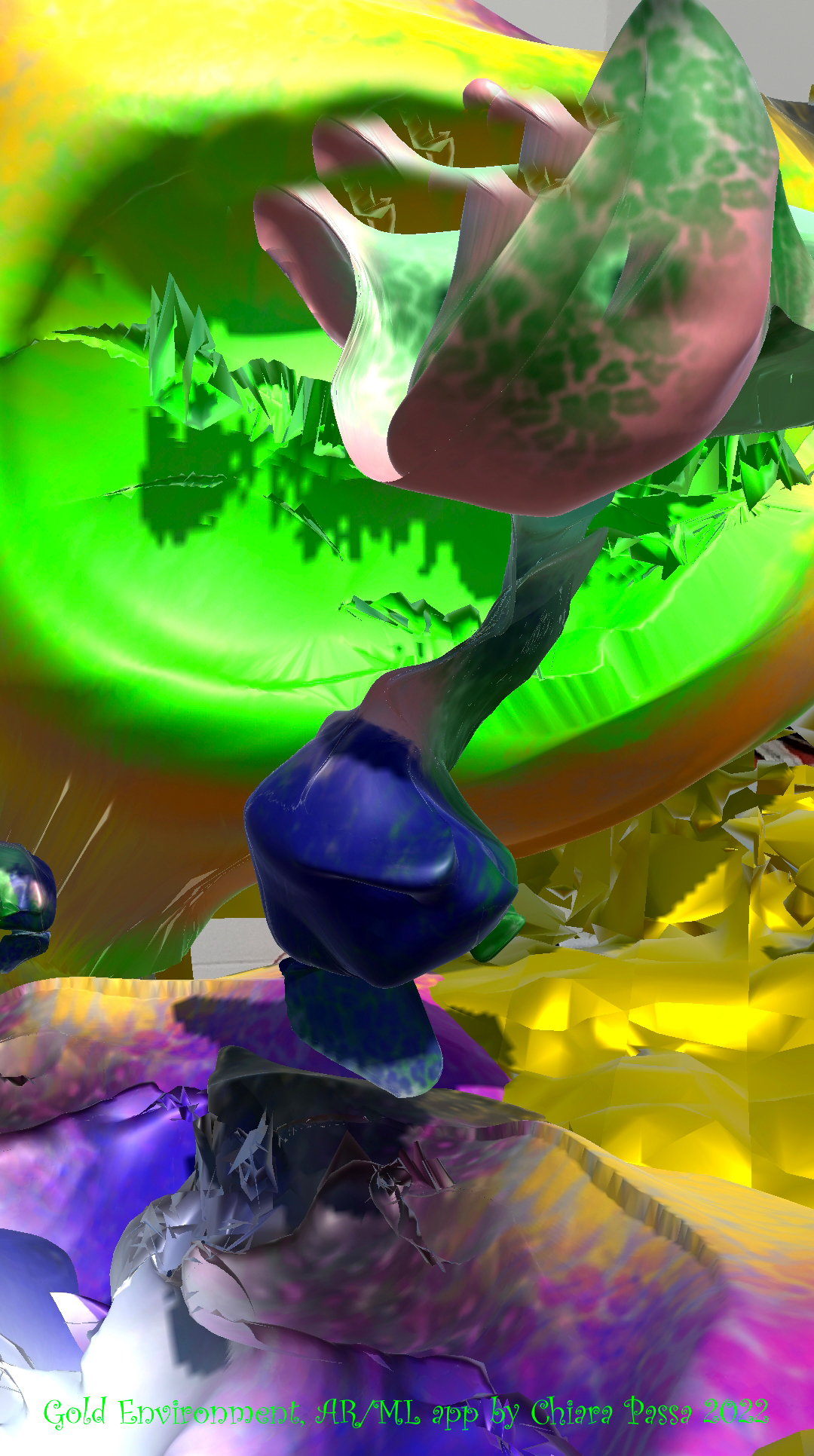 Chiara Passa’s Gold Environment (2022) recreates an ontological vision of place by speculating on human perception, where the machine creates a generative texture of gold oriented objects in continuous transformation and develops around the viewer who enters the IRL(in real life) dimension. 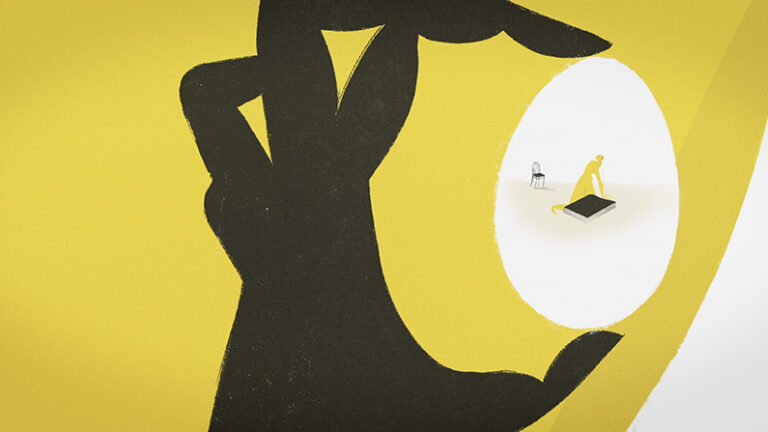 L’Apologo di Ramondino (2021) by Matilde de Feo is an animated portrait in augmented reality dedicated to the Neapolitan writer Fabrizia Ramondino and the universal themes dear to her: motherhood, sea, island, home. The Opera is the second chapter of Napoli Tre di Tre, a cross-media trilogy designed to narrate the metropolitan city of Naples. 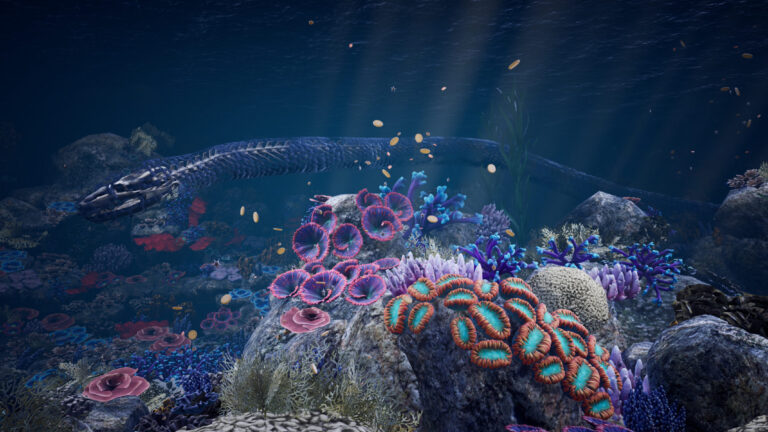 The Starry Sand Beach by Nina Barbier, Hsin-Chien Huang is a scientific fable about starry sand grains found on several beaches in the East China Sea. A journey to the bottom of the sea where one witnesses the signs of ocean acidification, the depths of the sky dotted with myriads of stars, as countless as all the grains of sand on Earth. The starry sand is the poetic vehicle that will take users from the ocean floor to the depths of space. 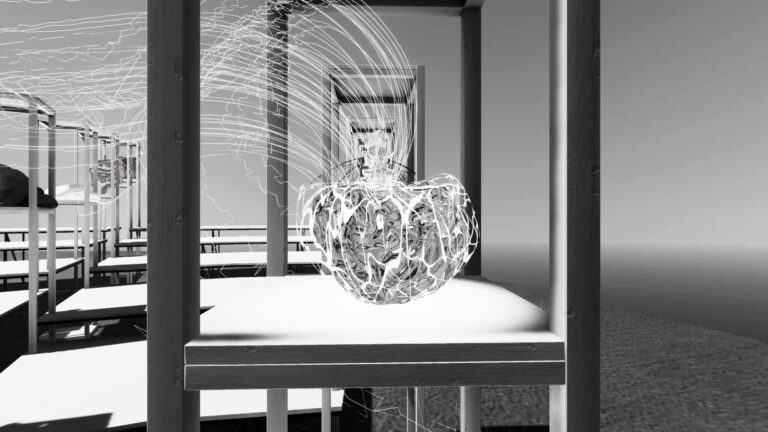 Marlene Bart’s Theatrum Radix is a virtual reality project that stimulates a trans-disciplinary and surreal dialogue on the role of objects in the scientific and artistic world considering both their historical connection and contemporary perspectives on encyclopaedic architectures of knowledge and the presentation of natural and artistic artefacts. 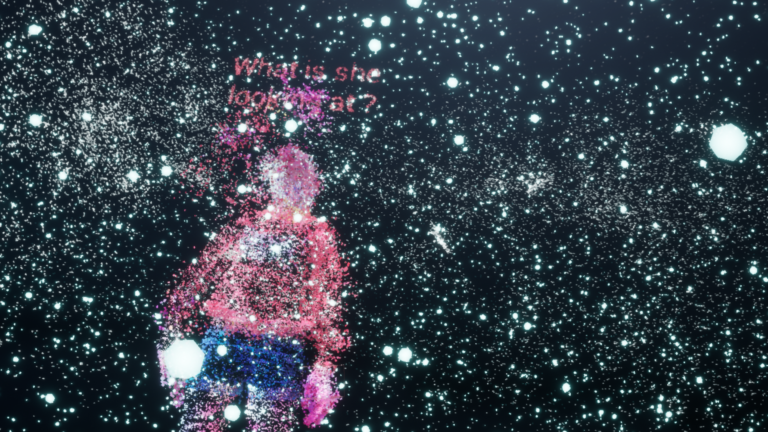 In WHEN THE HEART TIGHTENS by Lea Dedola, the player wakes up in a particle house inside which he will relive his most significant memories. The artistic research concerns the creation of emotional environments in ‘3D pointillism’. This visual style adapts to heart variations because it allows figurative elements to be ‘dissolved’ into dots that then re-materialise into other figurative forms.

These and many other works lead into new facets of a planet at a radical moment of its transformation, radical enough to question the survival of the human species.

Back to the Future: Memories from Ars Electronica 2022

Back to the Future: Memories from Ars Electronica 2022