Frottage as a method for achieving a poetic relief. The graphite marking on a glossy sheet of paper the barely lived spaces of the Aterno-Pescara riverfront in the Adriatic city of the same name: a survey and collective reading that began in June 2022 and ended on 24 September at Spazio Matta, with the presentation of the permanent installation Particolari (d’après l’Aterno).

Laura Viale’s work in Pescara is the outcome of an artistic residency curated by Marcella Russo which was part of the Matta#Texture project, the winning project of the Creative Living Lab call, now in its third edition and promoted by the Ministry of Culture (General Directorate for Contemporary Creativity). 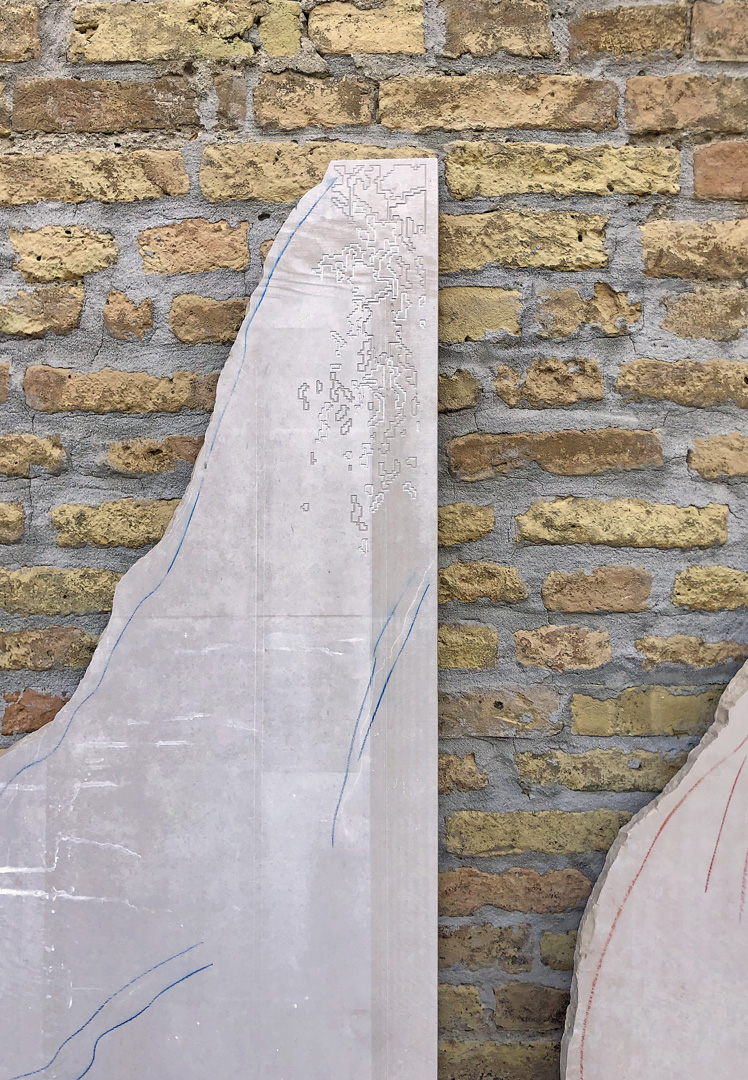 The work represents an aesthetic action focused on experiencing the city’s peripheral spaces in a different way. A kind of punctual reading of these spaces, which the city seems indifferent to, aimed at picking up the trail rather than marking it. This reading took the form of collective action. First in June and then in September, Laura Viale coordinated two urban exploration groups that, along the disused spaces below the Flaiano bridge in Pescara, transferred the surface of stones recovered along the riverbank onto glossy paper.

A technique – frottage – which reveals the mineral structure, grooves and erosion the stone has undergone, but which also tells of the tactile sensation each person experienced during their tracing. On the glossy paper, this is a sign that is as accidental as it is subjective.

And on the interior walls of the former slaughterhouse in Pescara, a choral work can be found: forty glossy sheets are installed here, the result of collegial relief, rendering the texture and surface of stone as much as the haptic perception of skin. 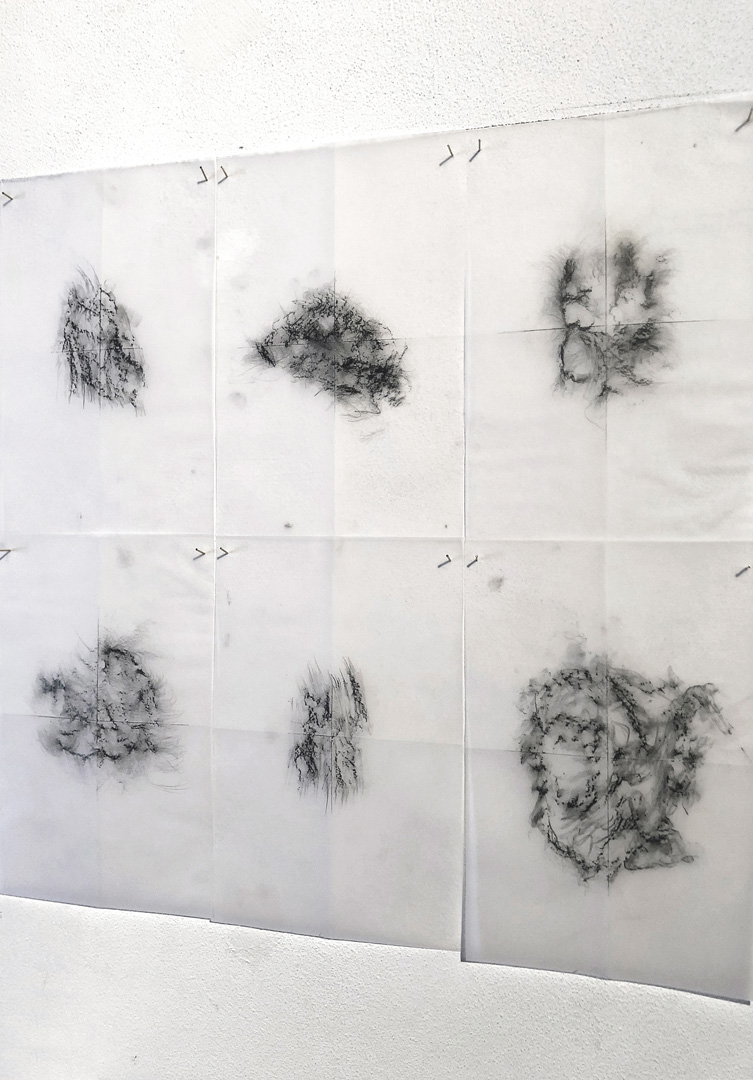 In the outdoor spaces, on the other hand, there is the permanent work Particolari (d’après l’Aterno): a frottage detail, the mark of the graphite, which becomes a pixel when read by software and then becomes a vector trace which finally returns to being a sign, a stone engraving. The work uses two slabs of Trani stone which were meant to be discarded because cracked. On the surface of these it is possible to read both the previous cracks and the new signs that the cutter has made.

The title says everything about the work: the reproduction and mimesis of nature through the detail of a frottage drawing of a stone from the River Aterno, the result of the gesture’s subjectivity, which has since turned into something other.