E-flux presents the fifth appointment of Ecology After Nature: Industries, Communities and Environmental Memory, a series of films curated by Lukas Brasikis which, through the work of 22 artists, explores the relationship between man and nature, especially in its intersections in the new post-human ecologies.

In a time “after nature,” new ways of rendering the image of nature, as the art historian and critic T.J. Demos argues, matter more than one might think. As Demos points out, the spectacular visualization of the natural in the epoch of the Anthropocene works ideologically in support of a neoliberal financialization of nature, an anthropocentric political economy, and an endorsement of geoengineering as the preferred—but in all likelihood, catastrophic—method of approaching climate change. He thus calls for the subjection of images of the natural and the elemental to critical scrutiny, and for the development of creative alternatives for representations of nature. 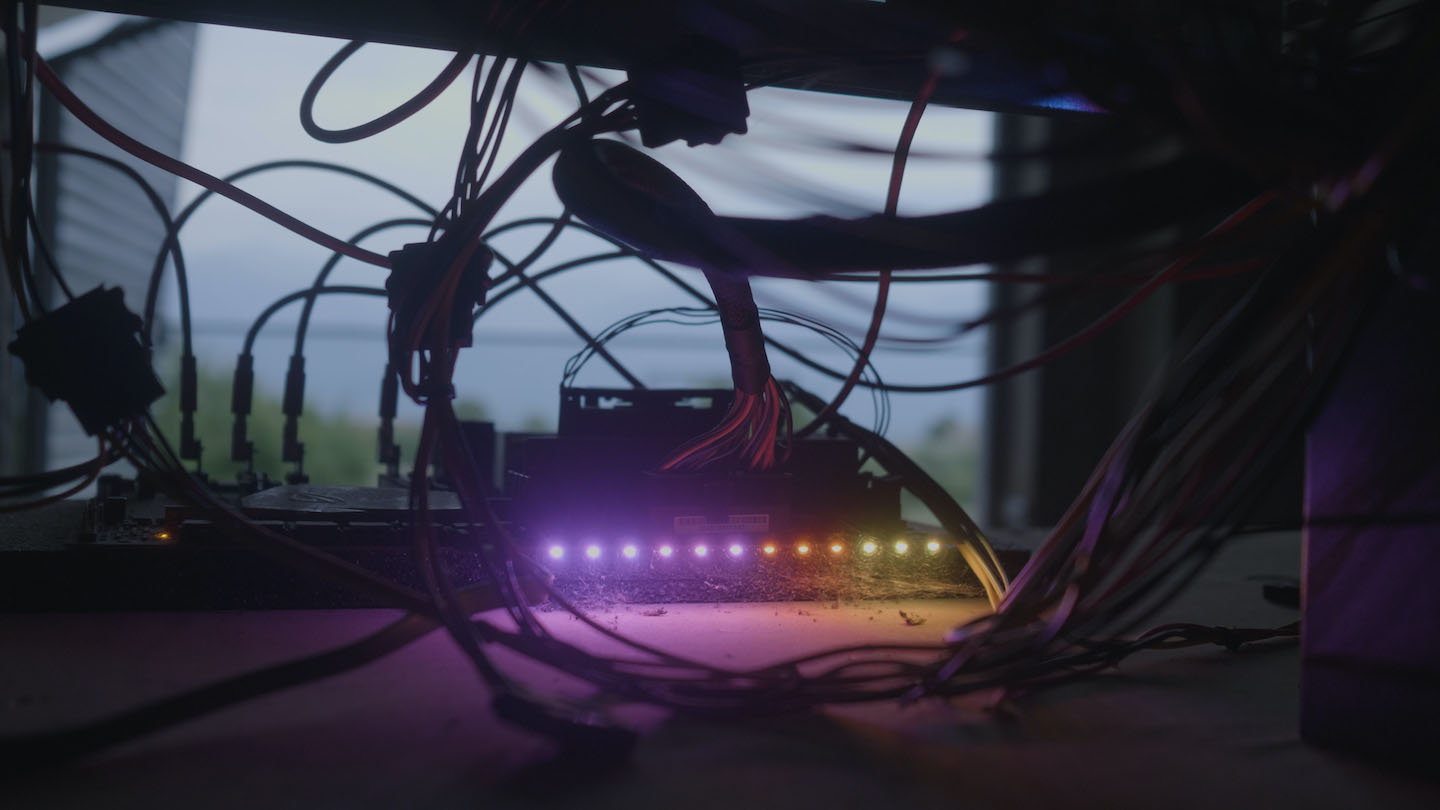 After reflecting on different aspects concerning the relationship between man and nature, the festival is now investigating a variety of extraction systems, particularly those involved in the creation of a virtual economy, in IT jargon defined as data mining.

In Misho Antazde’s The Harvest (2019) the spotlight is on Georgia, the world’s second largest Bitcoin exporter. Kakheti is known to produce wine, fruit, meat and now also cryptocurrency. Post-nature ecology is revealed through one of the most energy-consuming and polluting activities, that linked to Blockchain technologies which produce cryptocurrency. The activity of the computer, which has to perform a series of mathematical operations in order to create and earn money, consumes an extraordinary amount of energy. The conflict emerges with even greater force by exploring this activity in a region where data mining coexists with traditional agricultural activity. 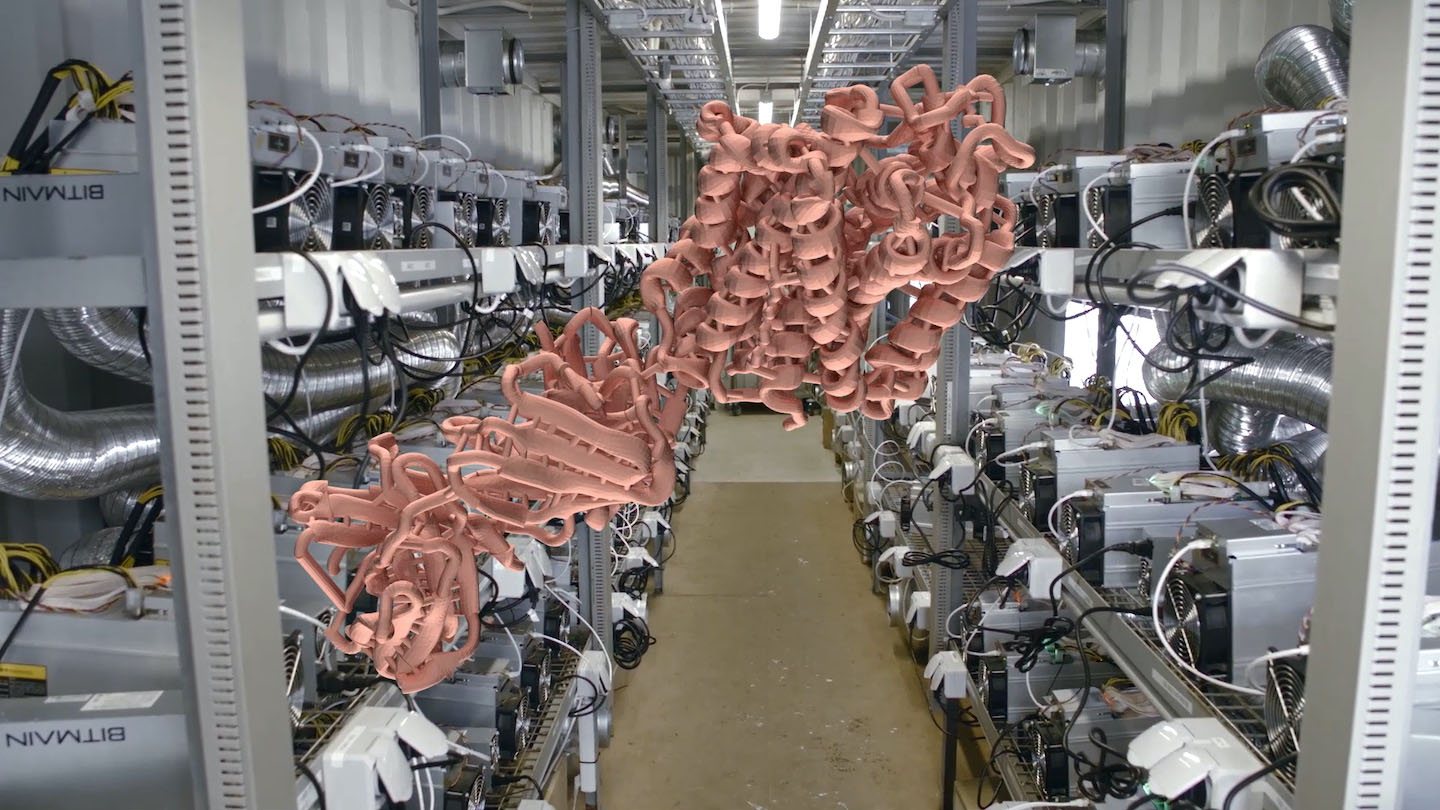 While the gaze and rhythm of The Harvest appears to resemble that of documentary cinema, with great attention to detail and individual shots, that of Ivar Veermäe’s The Flood (2018-19) accelerates at a very different pace, continuously oscillating between images taken from large cryptocurrency mines in Estonia and smaller scale 3D images which sometimes overlap them recalling the original use of graphic cards to encrypt and decrypt monetary transactions. 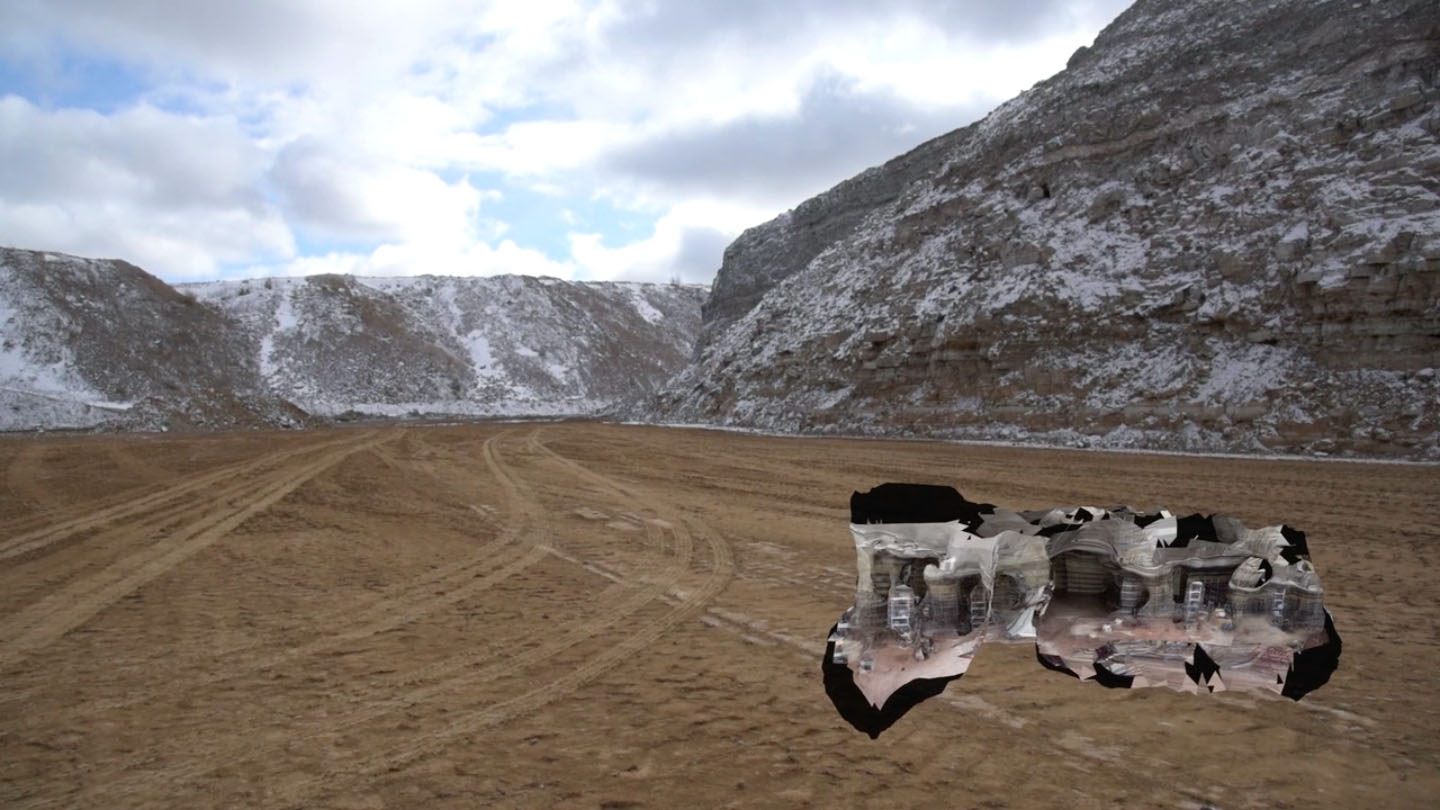 In the investigation between man and nature, to highlight ecology in an opposition that has long since become obsolete, Blockchain technology plays a role that is as invisible as it is incisive. In fact, it is spoken of as a discussion topic related to the future, relegated to a corner of the Universe. Films, videos and discussions reveal all these elements which, instead, call for them to be considered at the centre of the universe and closely intersected with the ecology of an era still needing our attention.

Ecology After Nature: Industries, Communities, and Environmental Memory
An online series of film programs and discussions on e-flux Video & Film

Ibrida Festival and its soul