by Chiara Bertini
in exhibitions, focus

The film A view from the cliff begins with the sound of ocean waves. The blue sky and wonderful cliffs of Étretat, warmed by the sun, immediately come into view. We are in Normandy, on the Alabaster coast, in the room of the young Swiss artist Anouk Chambaz who forces our gaze to descend vertiginously allowing us to closely observe the Turonian chalk sedimentation of the high cliffs which have provided an inspiration for many artists. 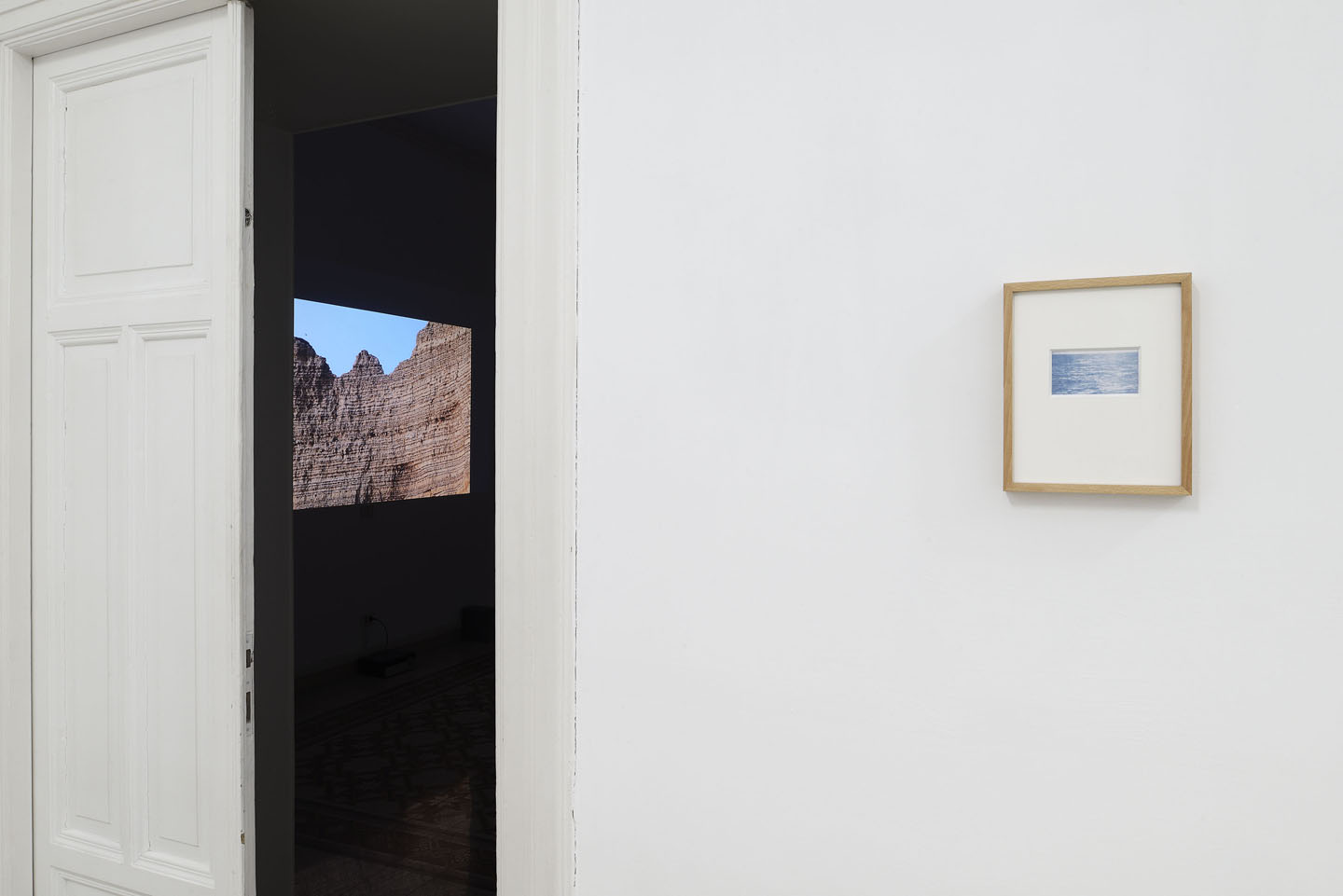 As in a fairytale, an intense woman’s voice, which seems to come from afar, tells the story of lost kingdoms, holes, cracks, microalgae and the remains of dinosaurs impressed in the rock. Time erodes our history but we have always asked the Earth and the remains contained within to reveal what we once were. After being guided through this enchanting natural space, after four minutes the human presence is revealed. Here we are, with a myriad activities as bathers, tourists, photographers, creators of Instagram posts, surfers and fishermen. Each in their own way feels the need to interact with this wonderful space that seems to be given to their homo faber hands – to manipulate, meet and intervene in order to satisfy all their desires. 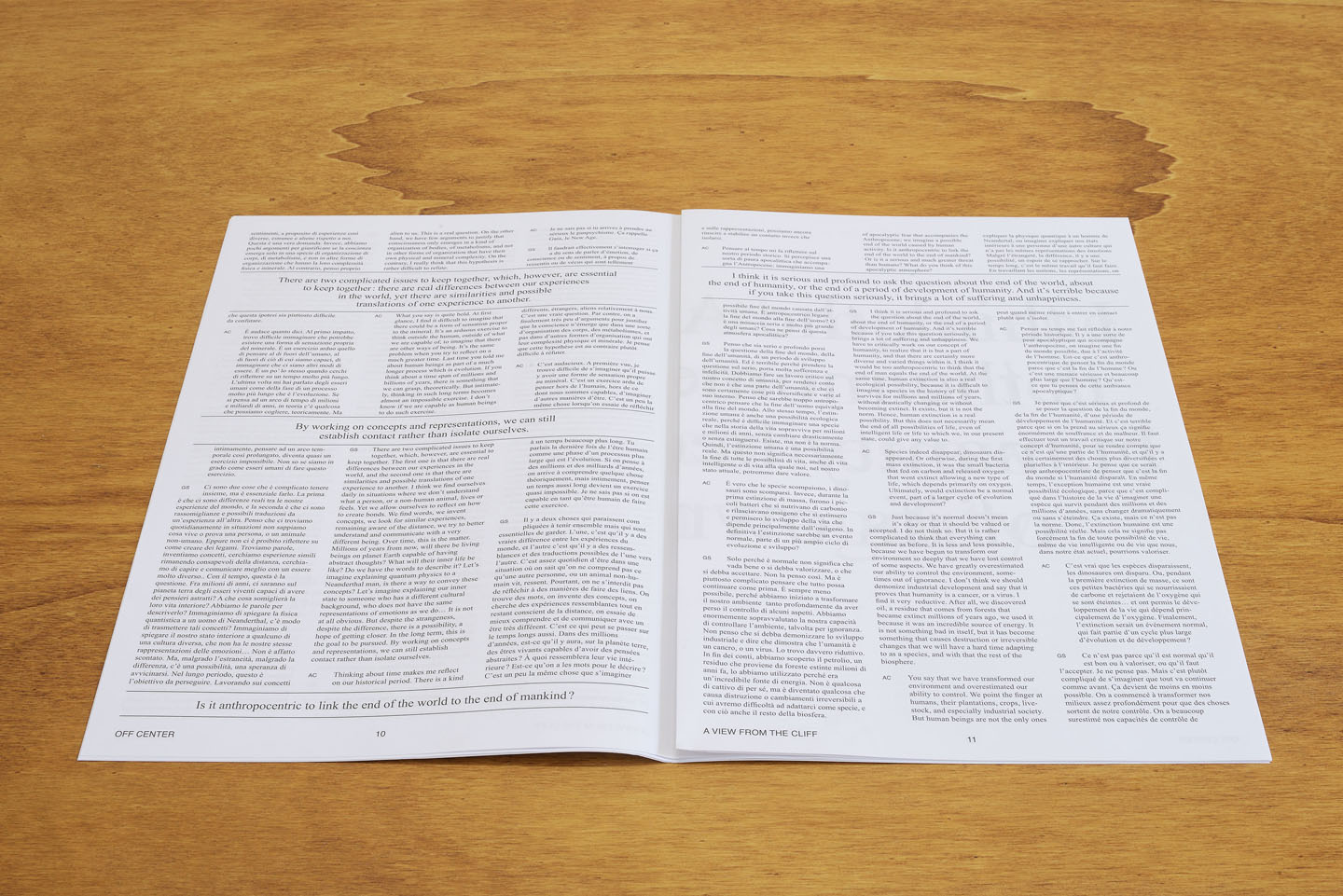 In the video the image of a red laser is often repeated, appearing to stand for technique, the human need to study, analyse and understand the mysteries of our own Earth. The music played by the band for the French village’s celebrations, commemorating the capture of the Bastille, the sound of fireworks, the merry-go-round and the view of the city is a constant reminder of human intervention in Nature.

To counterbalance these images there are amusing shots of seagulls walking among coloured cars and flying in the sky, poetic shots of the sea and shots that linger over the shapes of the rocks sculpted by time and water. The music and the sound of waves and groups of birds create a distance in the video that, as human observers, makes us feel infinitely small. This feeling is reinforced by a human voice saying that there are eight out of ten possibilities that humanity will continue to exist for the next five hundred years, but that industrial civilisation as we know it has no chance of surviving if it is not transformed. A girl’s face, which appears to be worried or suffering, captures the viewer’s gaze, as if she wanted to communicate an apocalyptic message she had heard, but could not keep to herself because of its significance. 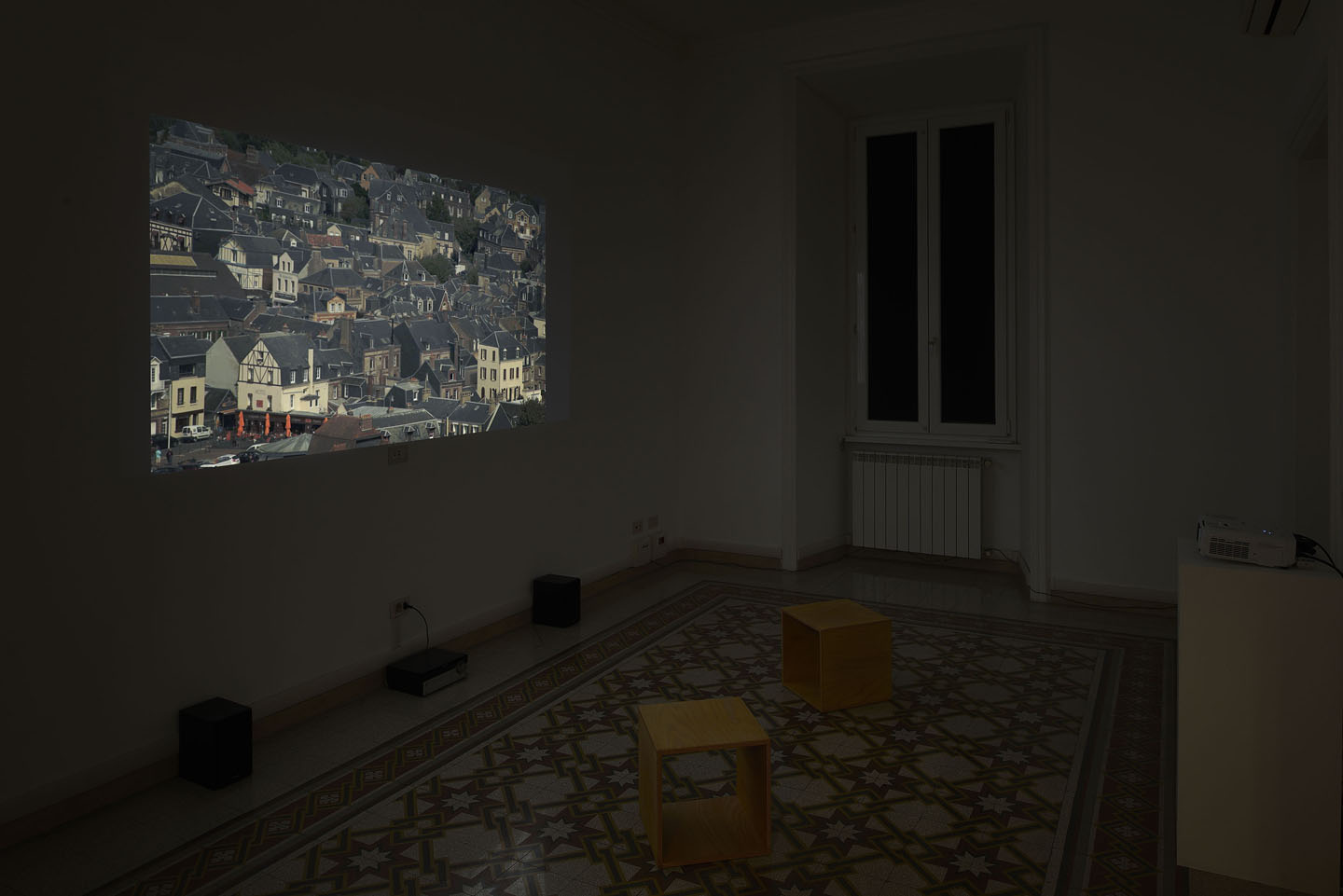 – What will remain of man’s geological trace – whispers the narrating voice over a sign indicating – WARNING RISK OF LANDSLIDES – PRESERVE LIFE. As the philosopher Emanuele Coccia writes in his essay Astrology of the Future: “For centuries we have considered the Earth purely as an effect, a mere cosmic repository of everything that has happened elsewhere, the garage of the human and non-human universe, a mass of ruins. For centuries, and for reasons difficult to understand, we have been victims of this strange parallax error. We have projected and removed the future into a sidereal space, immensely distant from us and our lives. We have made the Earth, the space that welcomes us, feeds us and generates us (because we are nothing more than a variation on the theme of its own matter) – an immense archaeological dustbin that also prevents us from recognising and inhabiting the present.” 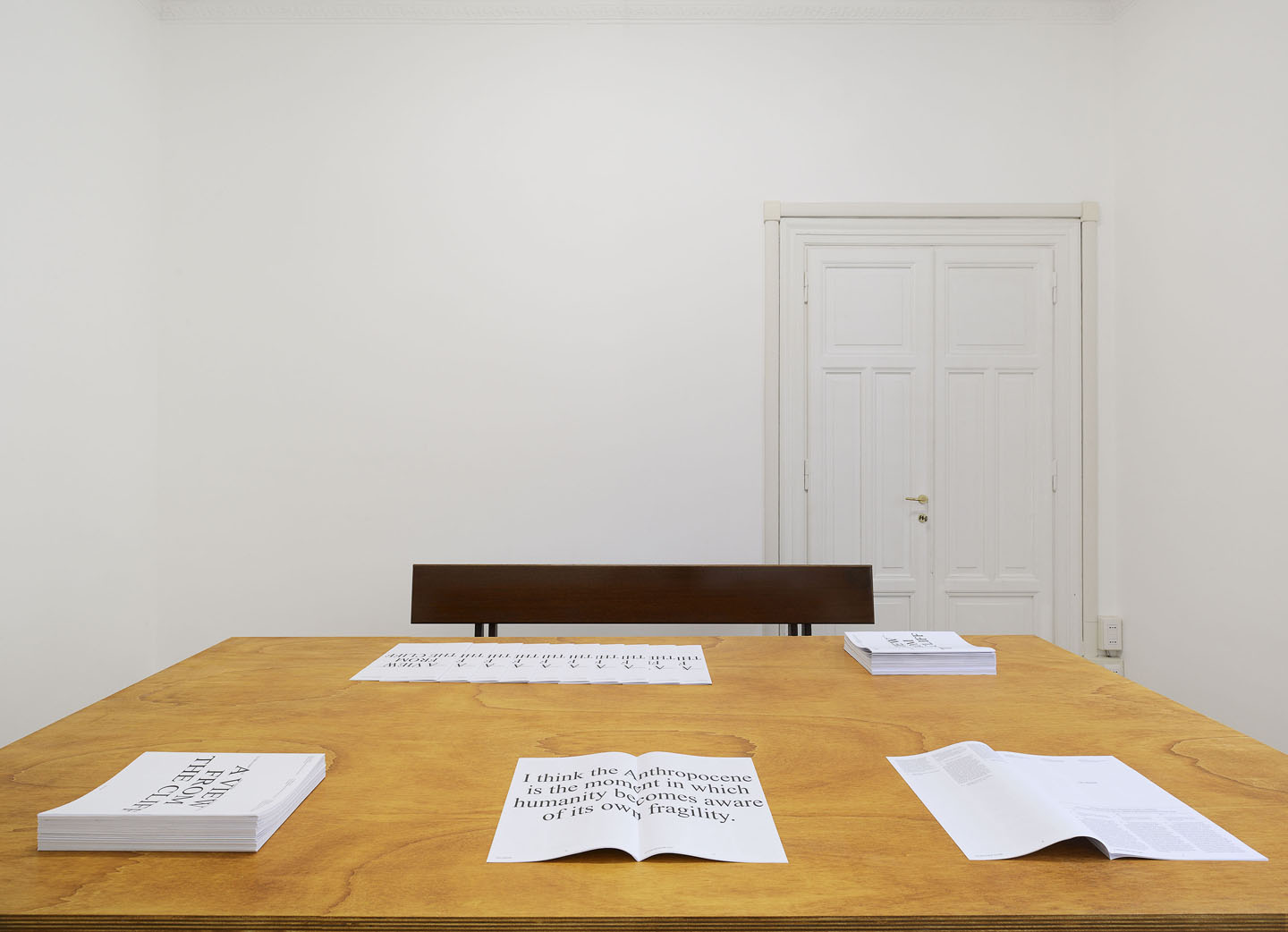 Through this play of reflections, light, darkness, solid and liquid matter, warm and cold colours, animals and men, Anouk Chambaz poetically presents the theme of the relationship between man and nature, revealing the place of human beings in relation to the environment. The film raises several questions by adopting a decentralised look, making it anthropocentric to think of the world disappearing without man’s presence. The artist, “knocking on the door” of rocks, tries to establish a conversation with the mineral world to reveal how much closer it is to us than we can imagine.

The exhibition is enriched by a trilingual publication containing three interviews with Fabien d’Hondt, Professor of Neuroscience at the Faculty of Medicine in Lille, Gérard Sinclair, Doctor in Contemporary Philosophy at the University of Lausanne, and Jeremy Young, Associate Professor at the University of London and President of the International Association of Nannoplankton.