Ibrida Festival and its soul

In September 2020, a duo of video performers, Francesca Leoni and Davide Mastrangelo, did something courageous. They started the fifth edition of their Festival, which in the setting of the historical centre of Forlì and other exceptional locations across the city, has brought together artworks, artists, critics, researchers and journalists interested in video art, performance and music from a transdisciplinary perspective. Francesca and Davide have adapted the format to the current situation, that of an ongoing global pandemic by including an online format. They have also maintained the spirit of the festival and its organisers: presence, contact, exchange and dialogue. This has involved many restrictions and risks, especially in the formula of a Festival generally intended for fluid, informal and free enjoyment. 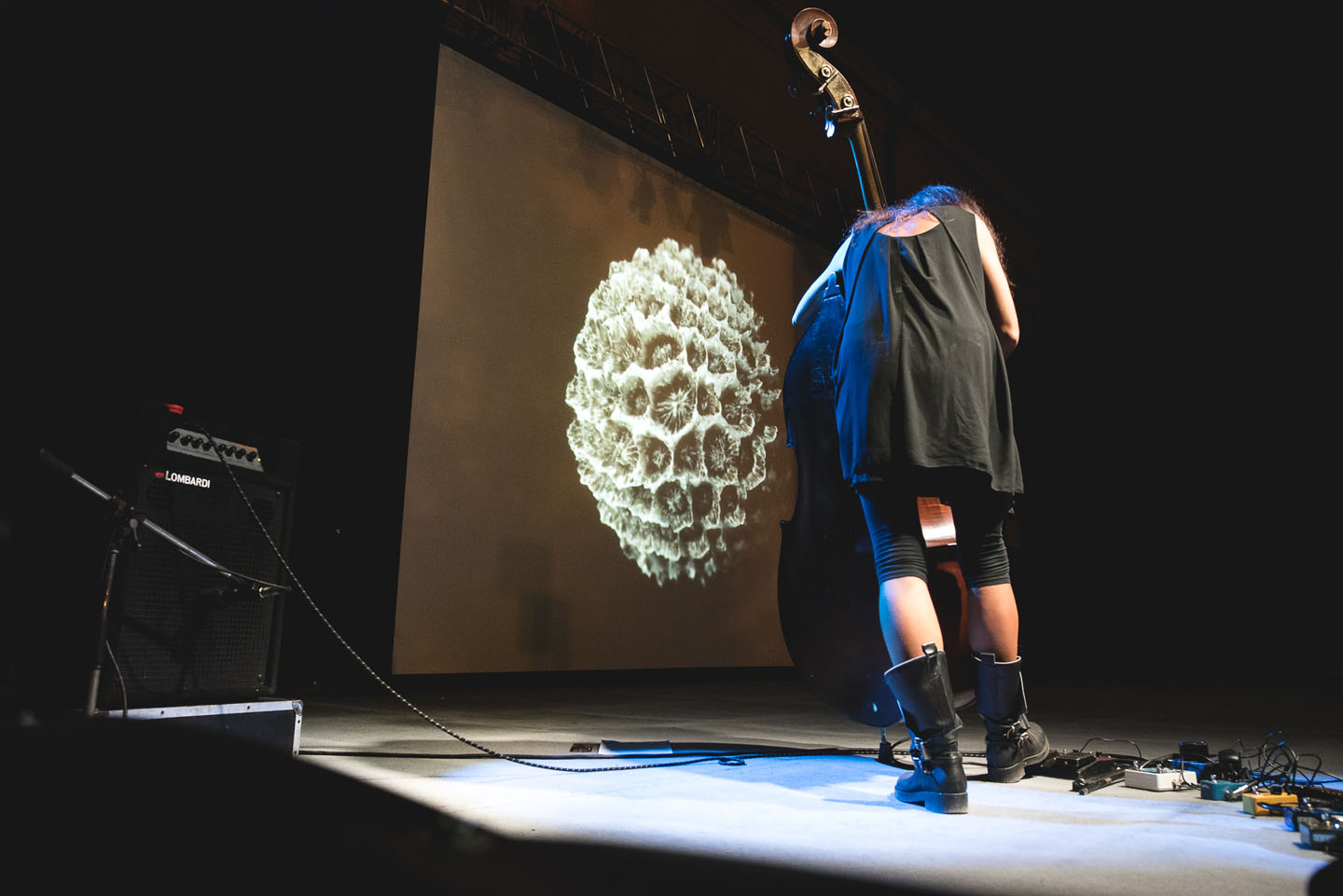 In the spaces, and online streaming, many things were discussed. Many things were discussed in these spaces and online streaming events, especially video art, its autonomy as an artistic genre and its hybridisation when intersecting with different disciplines, as pointed out by Piero Deggiovanni, a critical contributor of the Festival, in his Critical Anthology of Italian Video Art 2010 – 2020 (Kaplan, 2019) and in the discussions that took place around the presentation of this book. 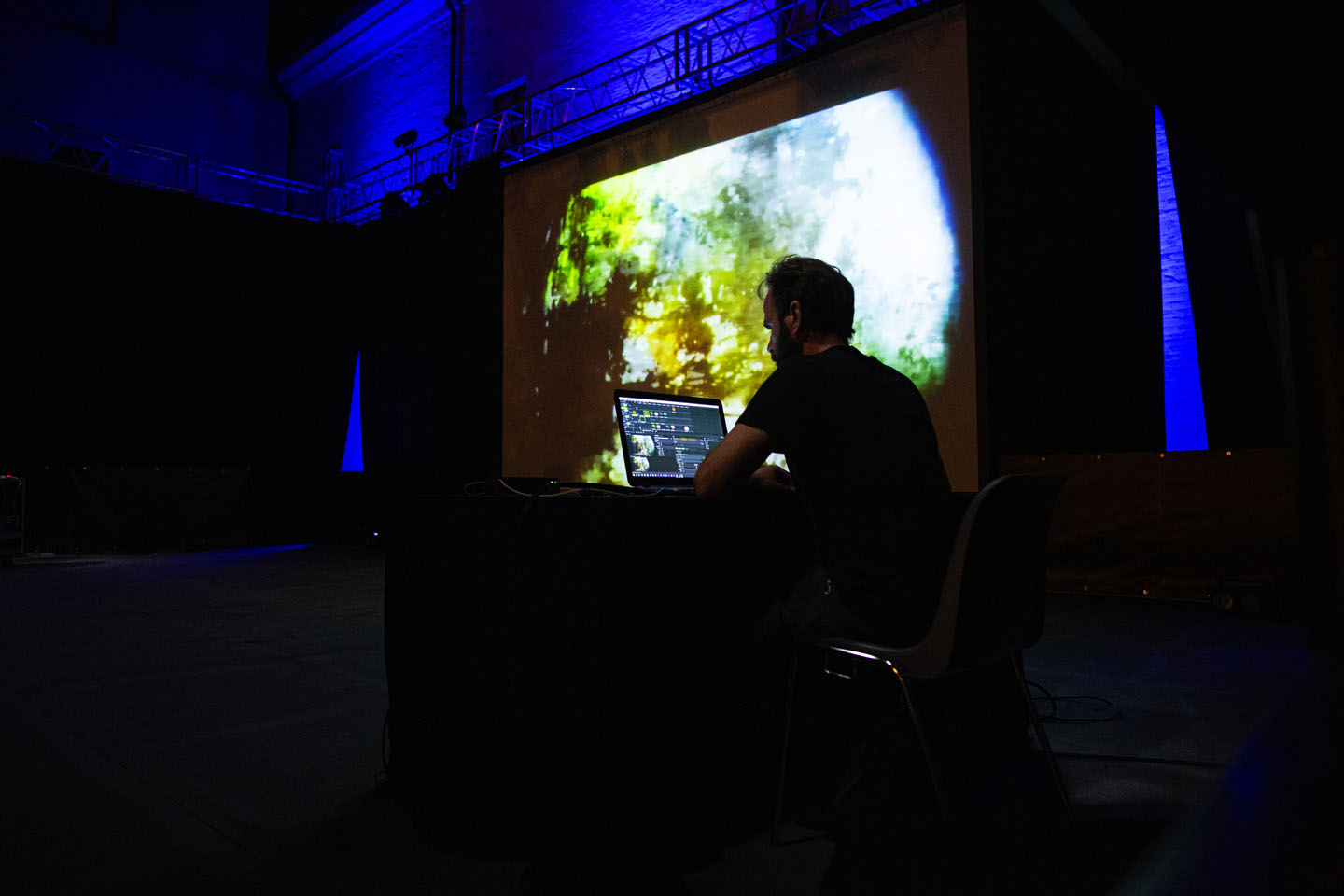 Much of what belongs to everyday life, after the experience of lockdown, turned out to be extraordinary, as was this ‘act of strength’ in wanting to move forward, while possessing all the tools to move the entire Festival online. This was a lesson that lasted beyond the event and left a mark. With the lights turned off, viewing the video works by Francesca Leone and Davide Mastrangelo was still linked magically to their way of moving and positioning themselves within the Festival.

Their entire research project investigates identity, body, image and mask through video performances and the tension of bodies, passion, conflicts, encounters and clashes, not only between them but also with the ‘video body’ itself and its “elasticity”. In previous times, Francesca and Davide appeared to come out of the screen and transform into other energies, those that intertwine between people, interests and professions.

Francesca and Davide seem to have left their bodies, the identities by which they are acknowledged as artists (not only do they not include their works but they do not talk about them at all) in this context. Rather, they have raised the curtain on a relational work where others are the protagonists, encouraging exchange, dialogue and the construction of thought. Looking back, it was easier to focus on the emotional perception of their bodies’ performance and personalities while mediating the space, one which was imposed by the security measures taken to address the pandemic. As a result, space can become highly reduced in a larger environment, such as that of the Arena San Domenico. 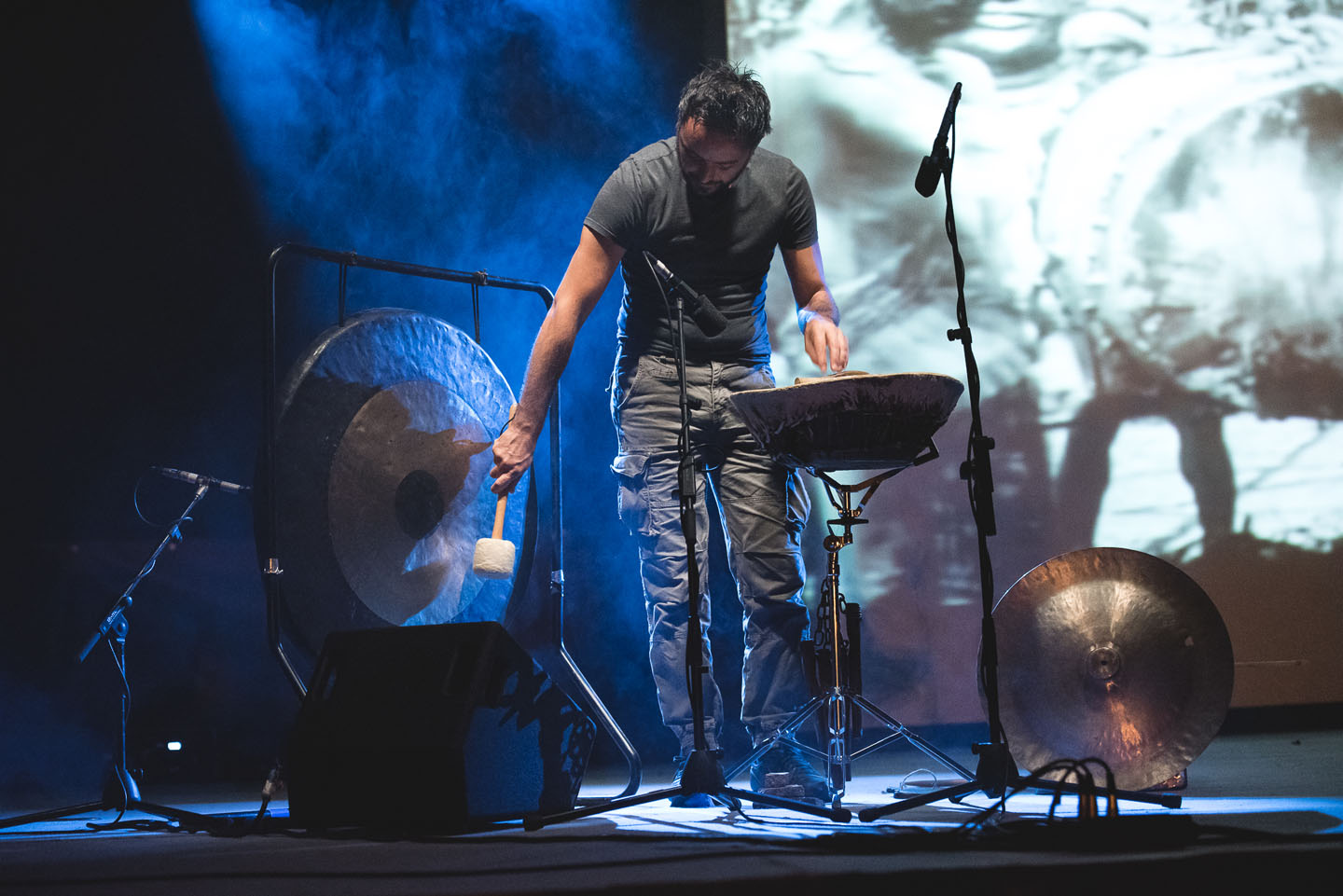 Their creative work obviously does not separate one thing from another, it cannot live exclusively inside the screen – it is hybrid in this sense too. Perhaps that is why, when the moment demanded it, the need to move forward was stronger. At this point, creative bodies and spirits managed to move like contortionists within a tight spot, one that took the world by surprise. In doing so, the energy produced has also multiplied in the circle of a much smaller number of people than usual, has circulated with a much more powerful flow and will be remembered over time. We imagine all this metabolised and elaborated in their work to come, until their bodies emerge from the dimension of the screen to generate and merge into new energy.