Back Symphony, a symphonic concert of simple mechanic objects which comes to life backstage

Quiet Ensemble took part in DIGITALIVE18 with a performance of Back Symphony, a symphonic concert of simple mechanic objects which comes to life backstage. Fabio di Salvo and Bernardo Vercelli founded their artistic duo in 2009, combining different perspectives and experiences to explore the aesthetic possibilities of new technologies emerging from interactive techniques. Fabio Di Salvo has concentrated on experimenting with and creating interactive video works using modern software which manipulates audio video. Bernardo Vercelli obtained a degree in theatre design in Norway and later worked as light designer in Copenhagen, Denmark. «We started with goldfish composing and performing music, then followed the slow trajectory of snails with light technology. We are currently experimenting with the sound of light» explain the duo, interviewed at the event, «and we try to reveal the microscopic wonders hidden to our distracted eyes.» 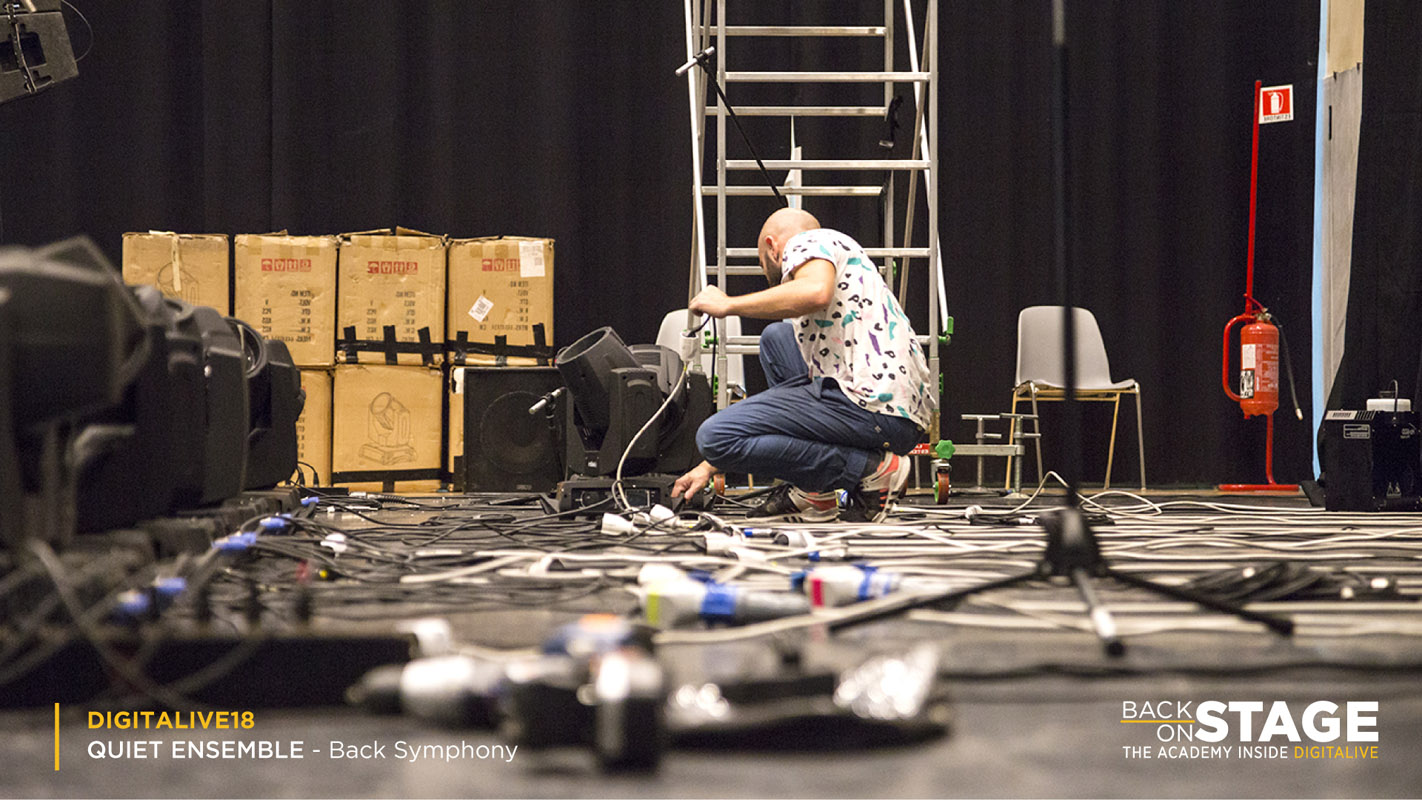 In Back Symphony the audience witness the show’s gradual piecing together. The backstage is brought on stage, one element at a time, starting from an initially empty stage. Di Salvo and Vercelli move among cables, wires, microphones, strobe lights and other equipment, becoming directors of a collaborative performance between the human and non-human – complementary figures in a choreography of light that starts to rhythmically tear into the hall’s darkness. 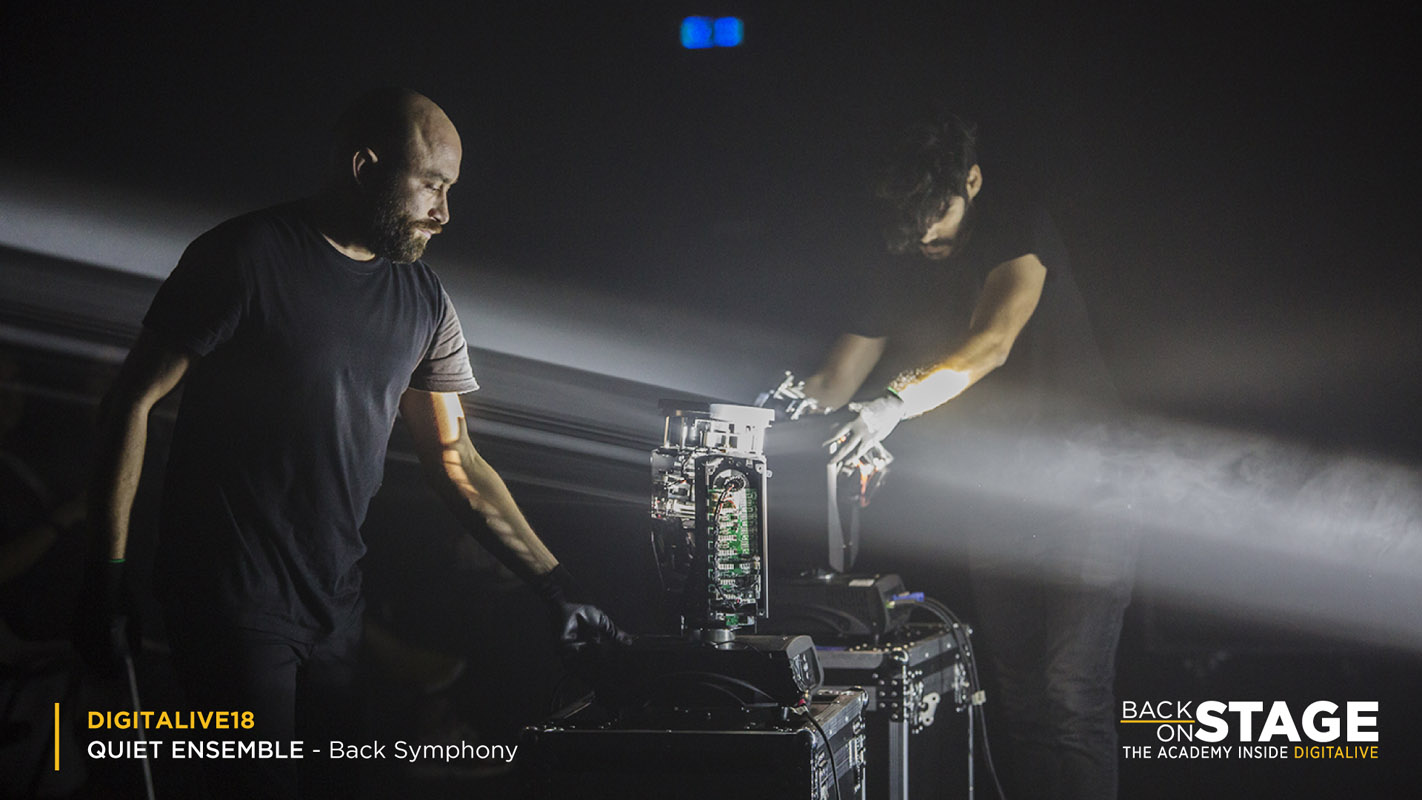 The space is then animated in a dynamic crescendo of captivating variations, contrasts of light and shadow and unexpected soundscapes governed by random rhythms. Like a marching army, lights come to dominate the space, marking the rhythm of a powerful mechanical ballet consisting of motorised light, whose intense vibrations reverberate and fill the hall. Scenic objects and strobe lights alternate with each other and give life to a complex mise-en-scene, a symphonic concert that gradually takes over, gaining autonomy and being emancipated from the now unnecessary human support system. 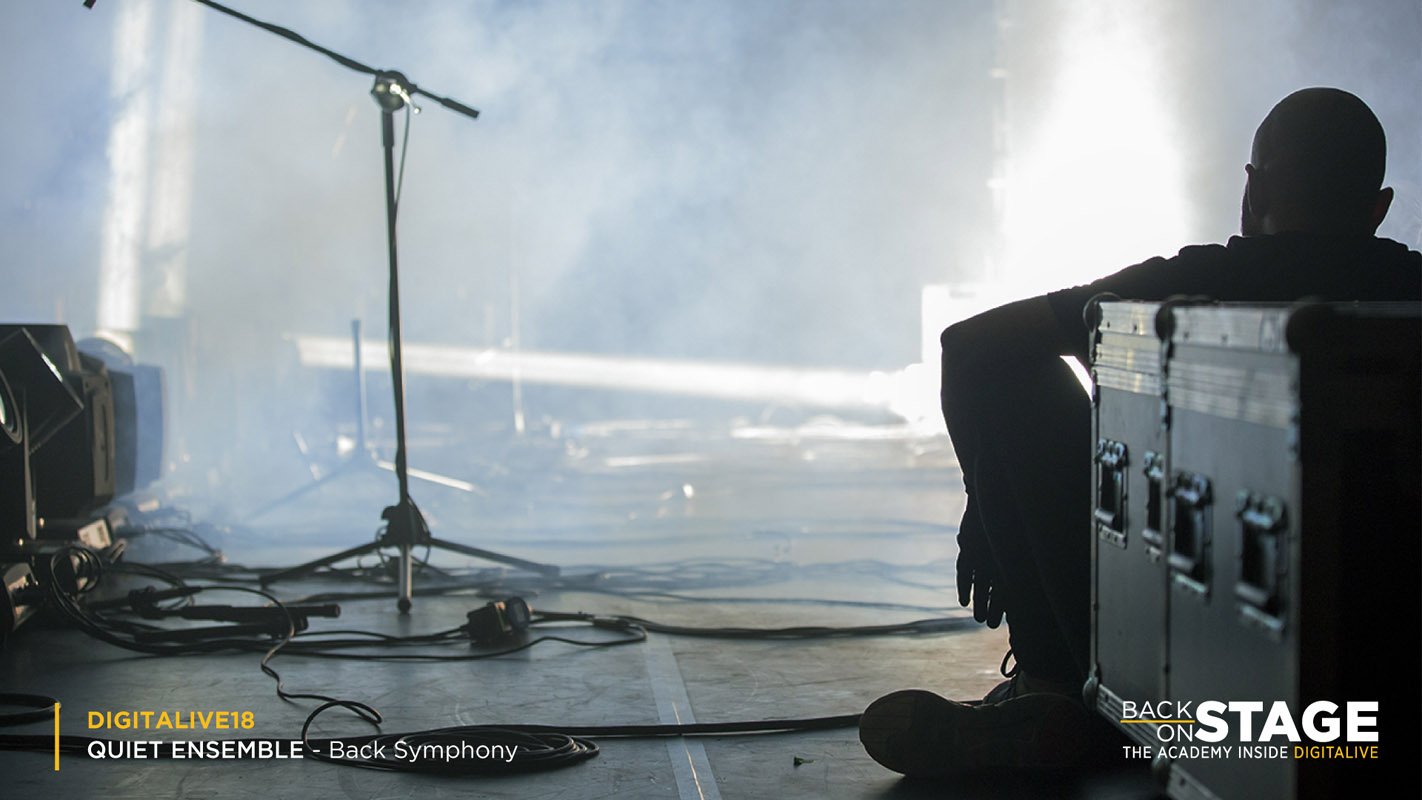 Having always engaged in artistic research spanning music, visual arts and new technologies, Bernardo Vercelli and Fabio Di Salvo focus on the relationship between image and sound. Once again, light and sound are the protagonists of a live performance. The duo brings subjects, consisting of a perfect union of elements, to life – a union between the imaginary, concrete and abstract, a balance between randomness and control, which is inherent in the relationship between nature and technology. «We have developed a strong interest in the world of light, specifically in the ‘sound of light’», note the two artists, adding that in their work «objects transform into subjects, giving us several different perspectives. The mechanic functionality of the object becomes a means of communication, incomprehensible to some, but clear and well-defined to others.»

At the national premiere of the work at Pelanda, in Rome’s Mattatoio, from 4 to 5 October, and within the DIGITALIVE18 event, Quiet Ensemble have revealed and brought to life the non-human soul of the orchestra, on the margins of light and shadow, stage and backstage. Back Symphony has enlivened the stage with a unique choreography of light and sound, which are in dialogue with each other, moving outwards in many different directions.