It’s cold on this train. This could be down to the fact that I’m really tired; last night I didn’t sleep for more than three hours. The final party took place and, late into the night, while I was talking with Valentina and then with Niccolò and Alice opposite the cabins, people were still partying. Valentina, Andrea, Daniele, Antonella, Gregorio, Noel, Francesca, Jules, Chiara, Antonio, Marco, Silvia, Saverio, Giacomo, Mauro and Mariangela… I’m already struggling to remember all the names. But I clearly remember the faces, all of them. And Alice and Niccolò. When you meet some people, it’s an epiphany. Yesterday, I believe it happened yesterday… 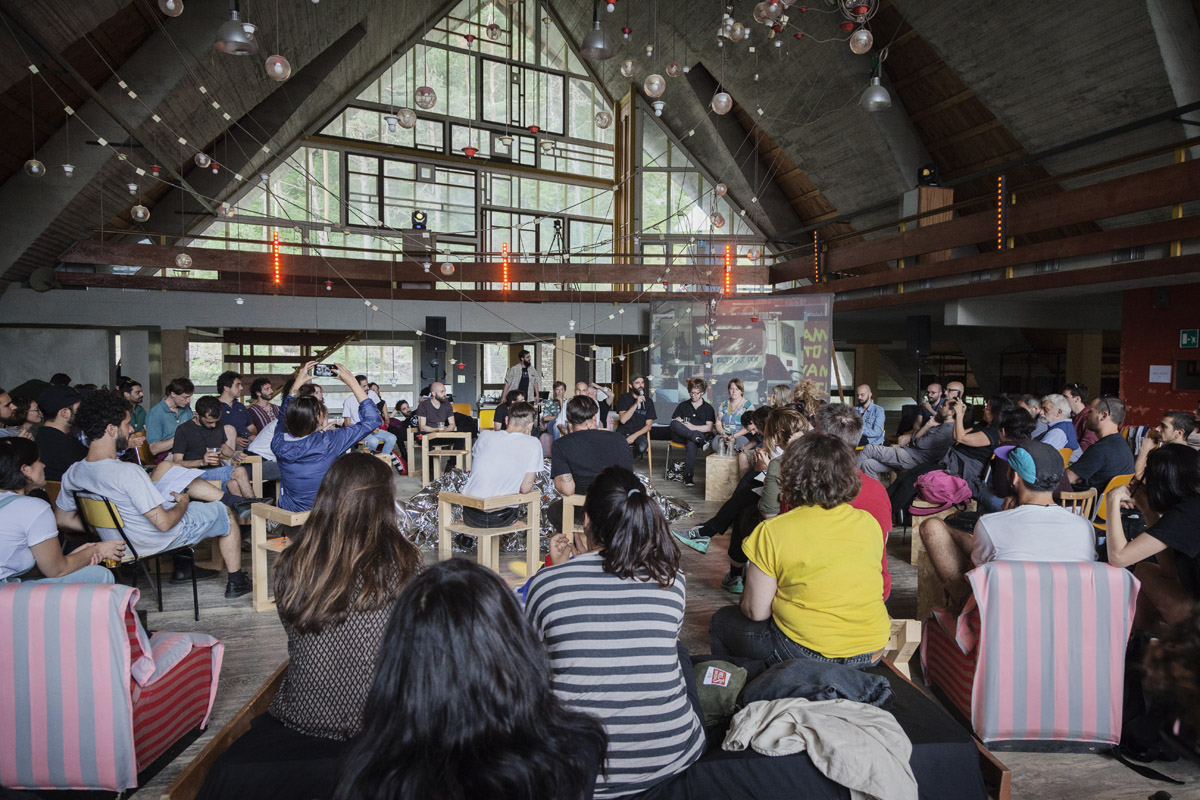 This time I run down the street, all the way.

Run. Today I’ll do a round of the workshops. I’ll miss some of the talks, but what can you do?! Symposium’s only negative aspect is the dense schedule of things to do and see and the impossibility of attending everything. As the women were saying in the big hall, yesterday, while reclining on sofas: It’s a shame we can’t follow all the events. Instead, Lara, Ilaria and Grazia – from Milan, a design studio – utter a sentence that reflects the mood of Symposium participants: “Finally we’re discussing topics, it’s not all about ME, ME, ME”. 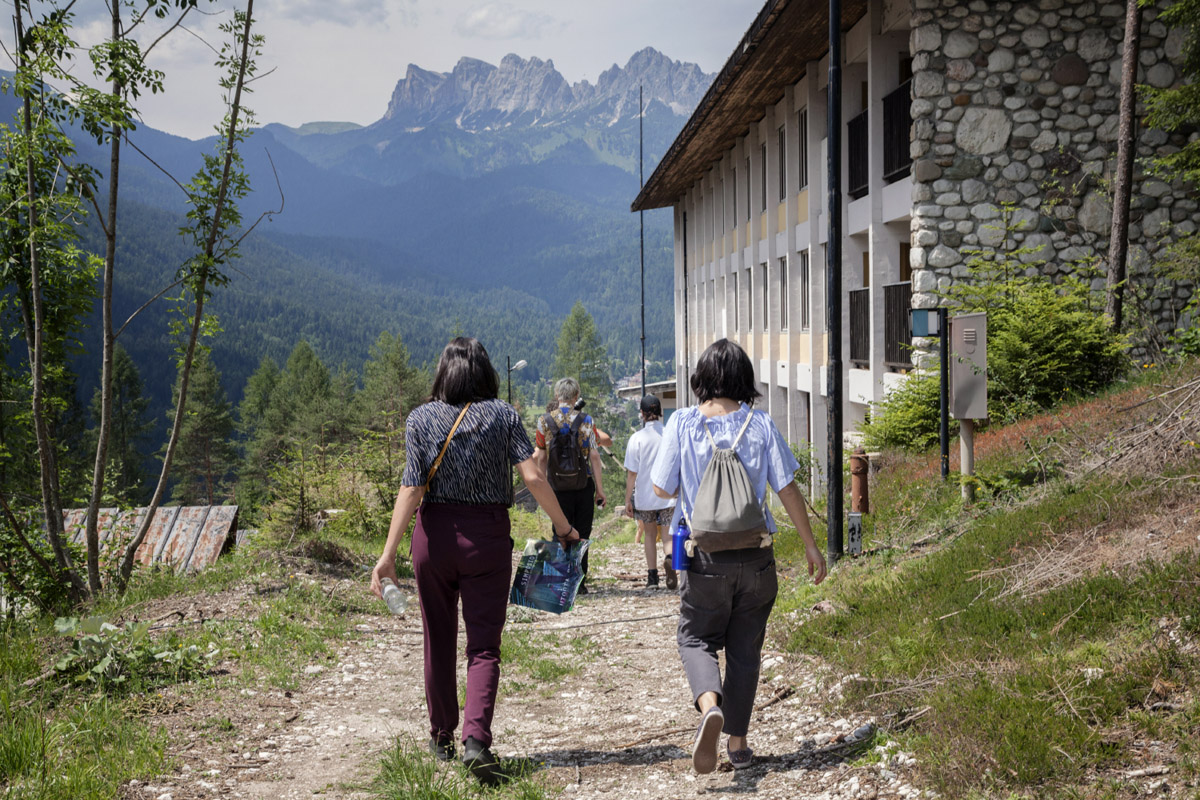 I’m so sweaty. As soon as I arrive, I go to the bathroom to freshen up and rush to Clusterduck. No! Shit, I can’t. I must first see The Cool Couple performance. How on earth can there be anything done on meditation, come on!?! Indeed. I lie down on the mat, of course, I sense my body relaxing, ok, I feel the points where my body touches the floor, certainly, I concentrate and close my eyes, obviously I visualise fields of grain, ugh, yes… the animals too and the smell of freshly cut grass, what a bore. What? “That smell is an enzyme that the grass produces when it’s cut, meaning the grass is suffering and you’re telling me this with such a sweet-sounding voice? Ahahaha. 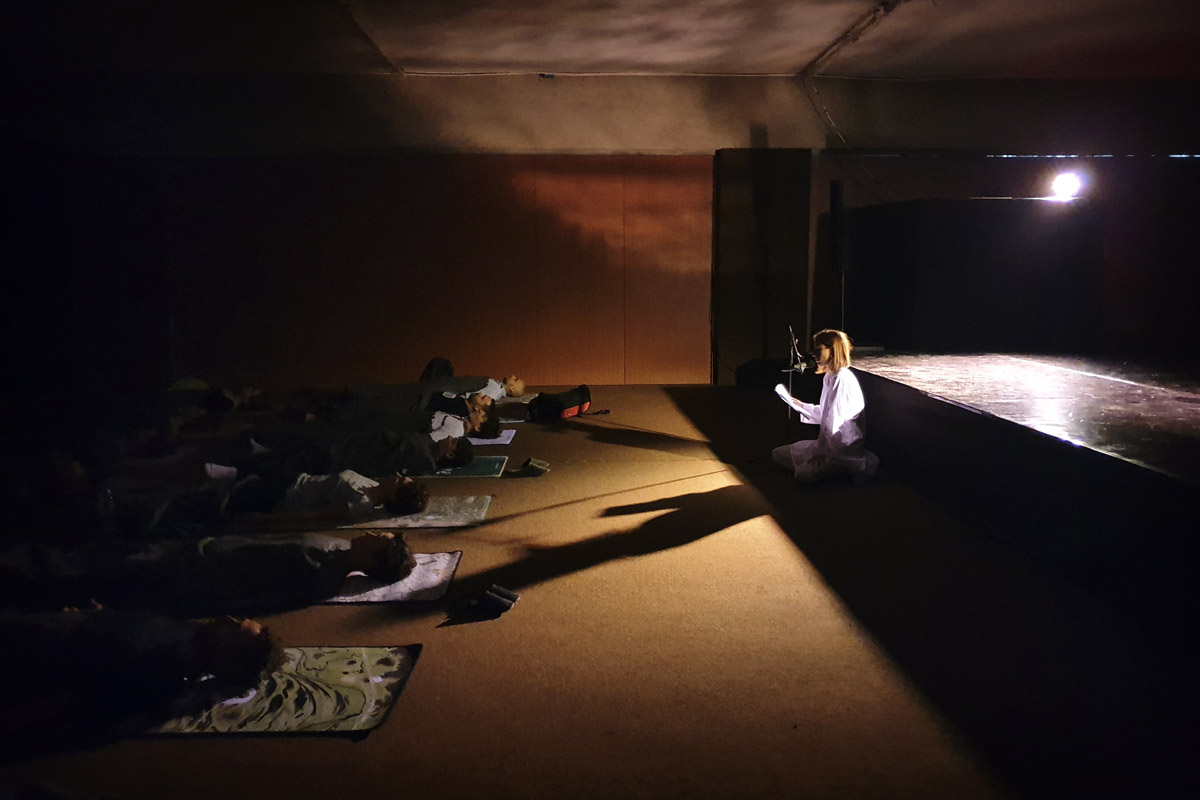 What does that make me? “The animal on the planet that causes the most destruction”. And then you tell me to keep calm?! Ahahaha. Here’s the epiphany. I can’t find anything more beautiful than going to see a show, an exhibition, reading a book full of prejudices and then find a work and an artist that completely overturns the situation. Muntadas’ words come to mind: “Perception requires commitment”. This is not relaxing, here I’m realising that the world is dying and that I’m killing it! Karma Fails. If you don’t pay enough attention, you only relax, you remain indifferent to the subjects and the work itself, and by being indifferent you become complicit with the system. With some commitment, the work reveals all its subversive power. 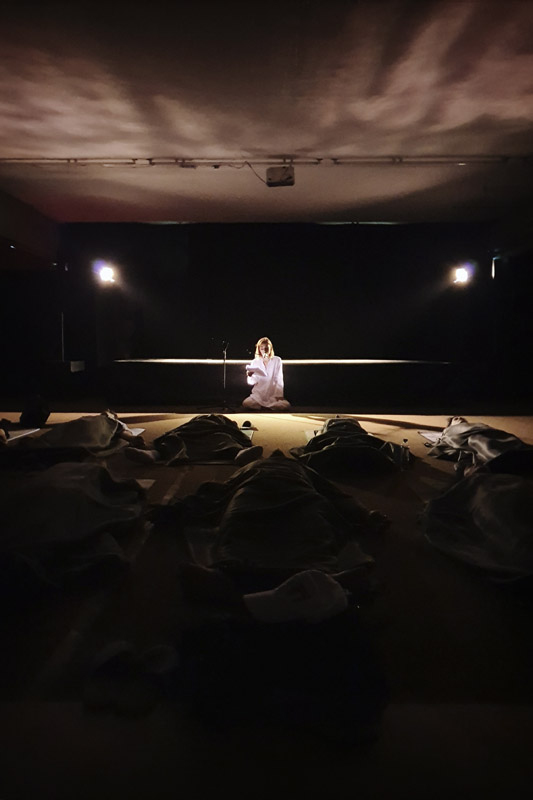 After all artists, real ones, do this: they don’t explain the world, they simply observe it and give back a view of the world different from the one the public inhabits. A signal, a warning sign. Maybe attempting to break the layer of indifference the public may possess. Art doesn’t educate and doesn’t teach but, equally, doesn’t remain obscure and enigmatic. To quote Tarkovskij: “As far as the artist is concerned, he can’t have the specific aim of being understood, in the same way that it would be absurd to imagine him having the opposite aim, that of not being understood…”

Valentina Tanni has almost finished speaking and it’s a shame because Valentina can be both direct and immediate without simplifying concepts. She can restore the complexity of an idea using perfect linguistic synthesis so that the idea can be used simply in its logical consequentiality without eliminating any of the issues that make it important. 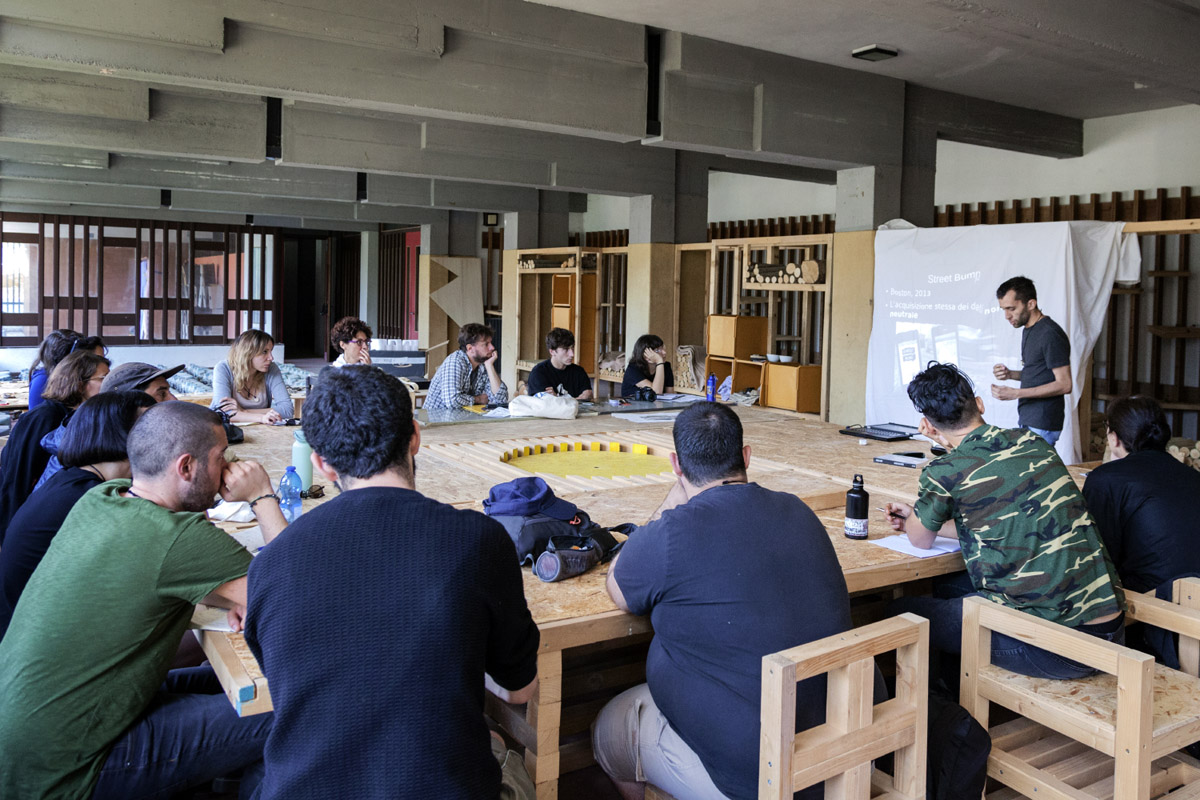 I enter the room where the Workshop Some Compass is taking place. There are 4 groups of young people discussing while seated around tables. In the meantime, Noel, Silvia and Francesca from Clusterduck supervise the work, providing suggestions or dispelling doubts. Noel explains what happens: “It’s about allowing people to reflect on how they construct their digital identities through social media. 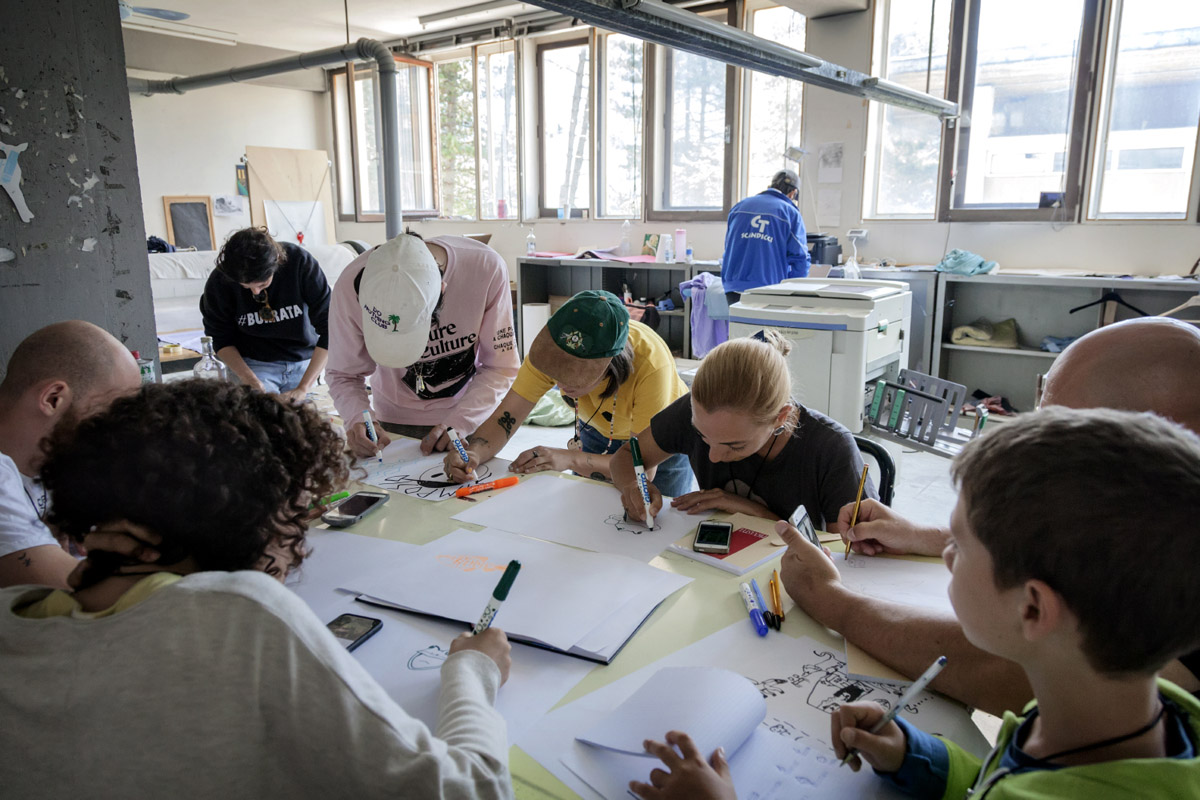 Without stigmatising, in a playful way.” The young people at the table are conversing and wondering how to design an archetypal social profile and immediately begin to reflect on how each of them uses social media. In the meantime, at the back of the room the virtual imaginary that makes up the content of each of the archetypes’ social walls becomes real and tangible through a printer. Everything discussed becomes a real object. Here too I find a search for awareness during one’s own virtual journey; here too we are asked, in a playful way, to take responsibility for our virtual “I”.

I say goodbye to the young people who continue to work and go out onto the terrace for a smoke.

Look who’s here! So Alice, how are you? – She’s sitting on the ground, sunbathing. Smiling, I ask: Did you enjoy yesterday’s film? – Yes, Did you? – Not really.

We chat about everything and we discover that there are always different perspectives from which to learn. Nobody is a spectator, here. Nobody remains indifferent. The arguments overlap and develop. 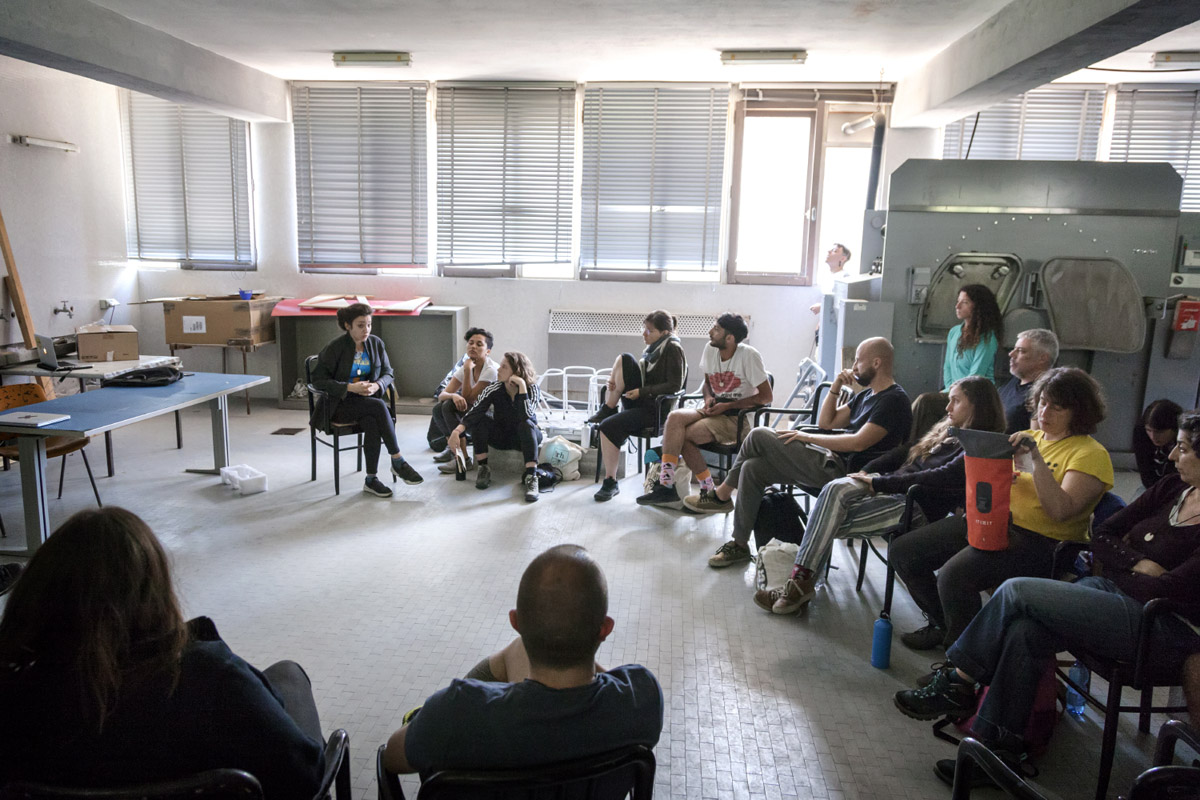 At Symposium, the time for dialogue can be rediscovered. The time that Pietro Vertamy has found again. On foot, from Florence to this place. Because when you walk, you inevitably break the flow of speed and find the time for observation, greetings, encounters and thought. Using the technology of online maps and satellites to do something that is at the basis of mankind: walking, exploring, knowing diversity and becoming a part of it. So Pietro and his partner intersect and resolve some of the themes discussed during these three days: the relationship between technology and nature, technology and man. 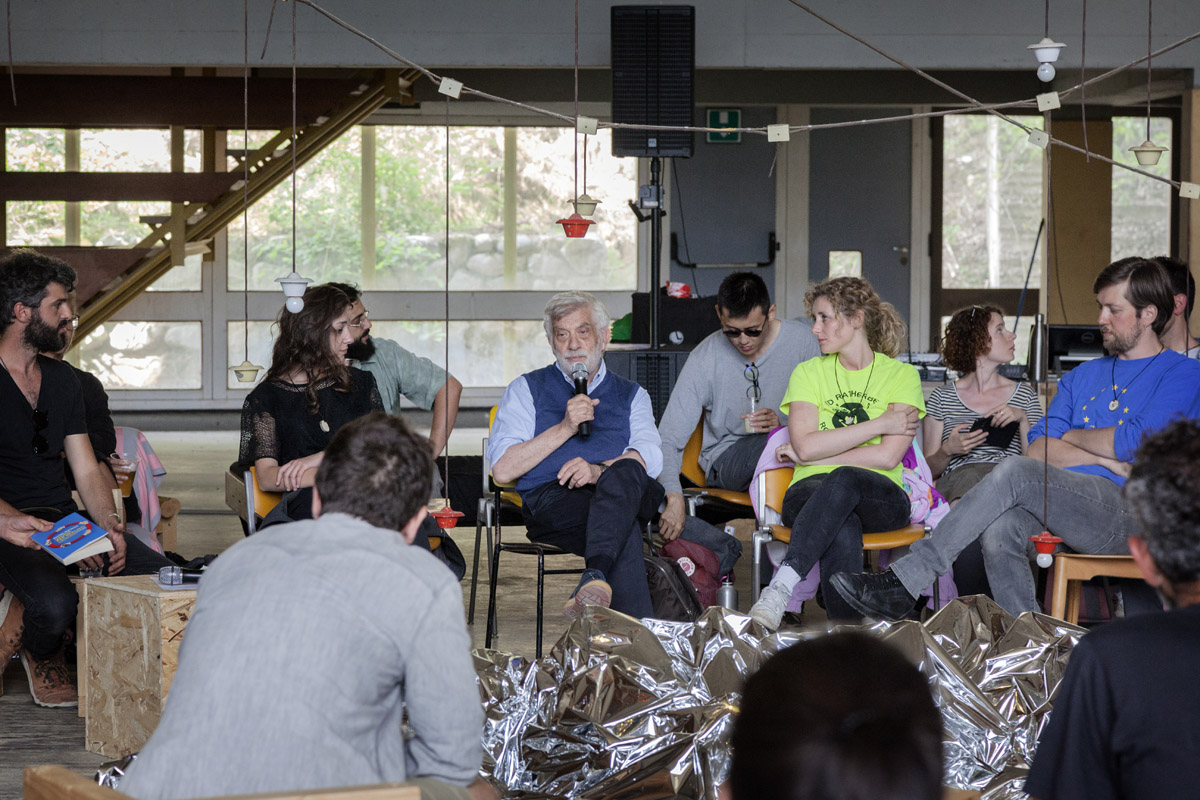 The alarm clock goes off to start Symposium. The last Symposium. Francesco Nucci from Fondazione Volume talks about perception from a neurological perspective. And then the debate begins: ecology, development, politics. The conversation becomes heated. Why are the Greens triumphing in Germany and not in Italy? It’s young people who vote conscientiously; no, it’s people’s conscience that is old-fashioned; no! There’s no social conscience. Questions, answers, more questions and some provocation. I finish my glass. Grab another. And then another. Otherwise, what Symposium would this be? 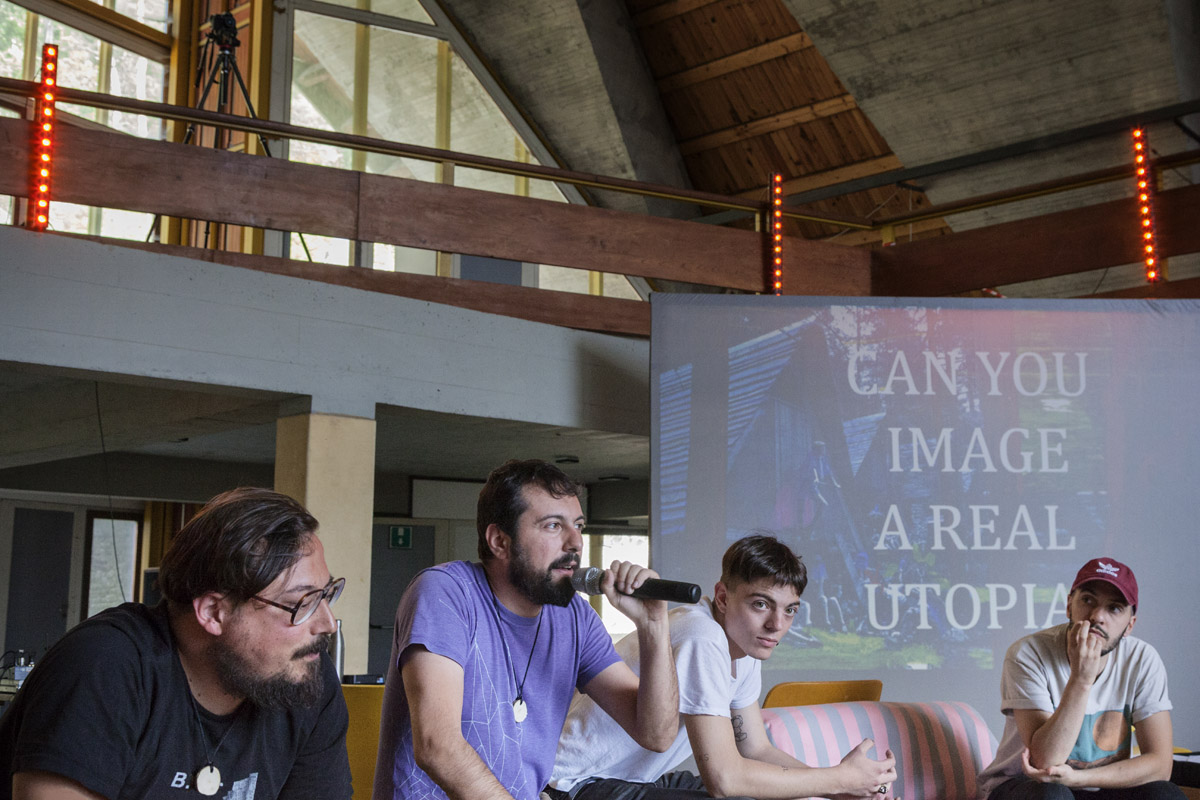 On three different occasions, I managed to stop the three None members for a few seconds to ask them about how they were feeling. Gregorio told me he was excited to see this idea become reality. Saverio answered the same question with a smile that didn’t fade even when he uttered, with pondered slowness, the word Happy! Mauro looks around, thinks about it for a while and admits that he should feel more tired, but the satisfaction and enthusiasm of those participating in the event has given him renewed energy. 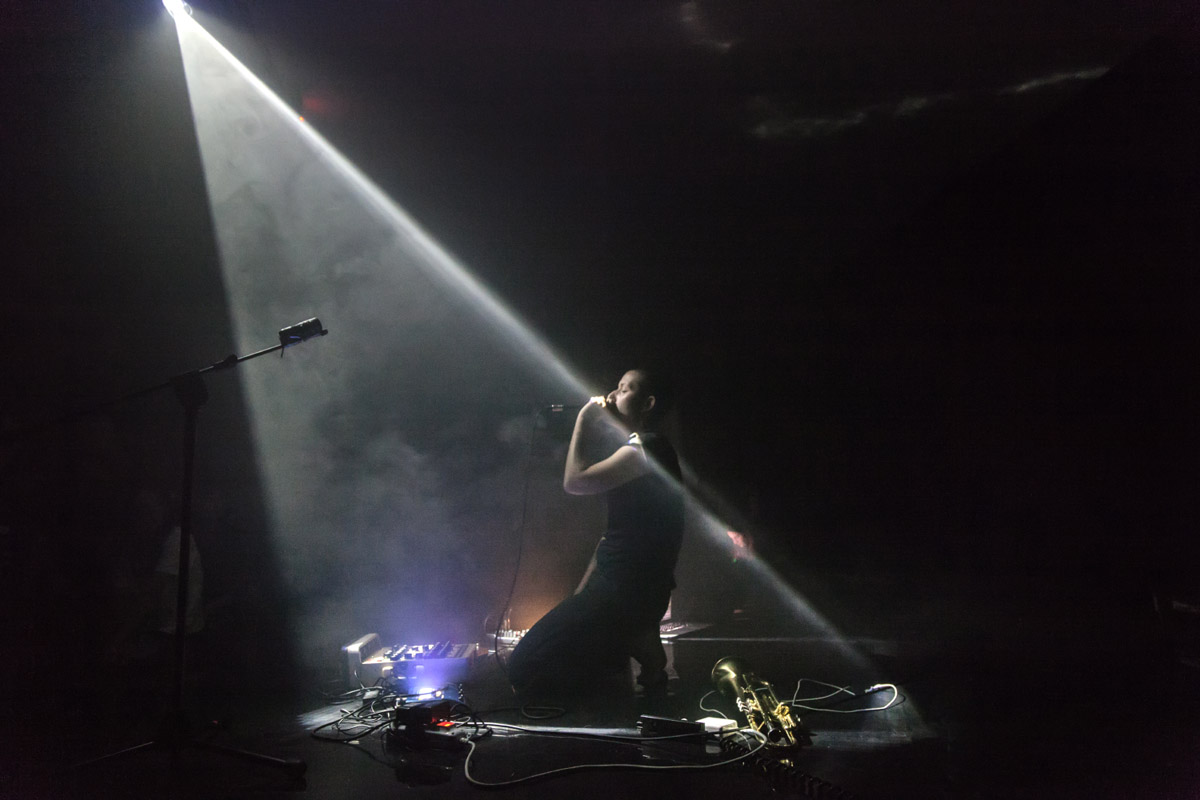 The clouds become denser on the horizon while I chat with Niccolò about art, resistance, needs and cultural references, projects and opportunities. Meetings really are an epiphany.

It’s time to take utopia beyond the cabins, beyond the mountains and make it become more real than these three days. Now, it’s time to wait, impatiently but productively, for the next Symposium. 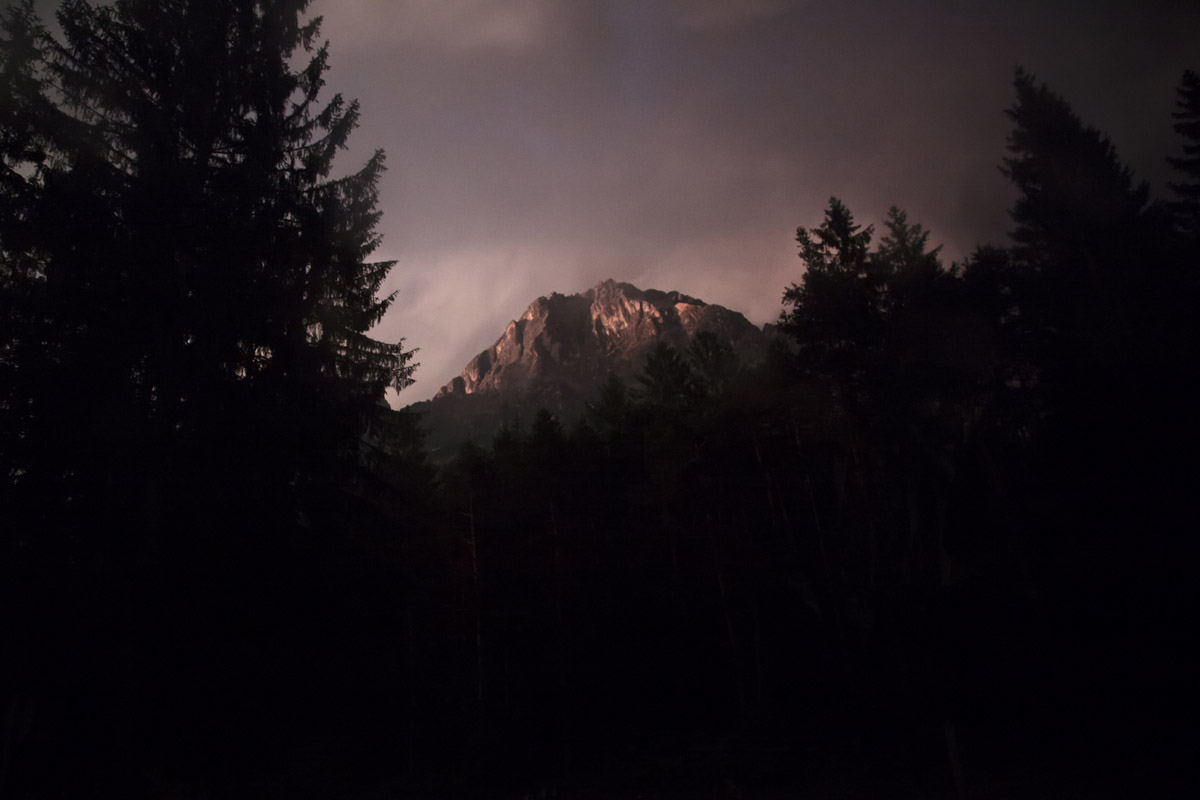 It’s Monday and I’m at work, but you can’t imagine what I experienced during the previous three days. I would explain, I could try if only you asked me. But nobody asks any questions, they’re as indifferent to my mood as I am to their desperation.

Good morning Ettore, a caffè lungo. Thanks. – Coming straight up, Angiolè. – Here, keep the change. – Hey?!? Do you want to pay me with this money made of wood? What are you laughing about? – Noooo, it’s the small change from Symposium – Symposium? And what’s that? – Now I’ll explain…

Angelo di Bello’s diary refers to SIMPOSIO, a project-event organised by NONE, came to an end a few days ago. NONE is a young Italian collective of architects interested in researching the boundaries of identity, the relationship between man and machine, cinema and art, and all the changes in history and technology shaping the relationship which catch their attention. This year, SIMPOSIO took place at the ENI Village in Borca di Cadore (July 4-7, 2019), surrounded by the mountains and spirit of the Dolomites, with the aim of creating a genuine community, stimulating perception, critical engagement and in-depth thinking to try and create new models for understanding contemporary life with which to create new worlds. This is the second of three days- diary that Angelo crosses throughout his experience catching the spirit of the event.You can visit here the diary fo Day 1, published on Arshake on July 23, 2019, and here the diary of Day 2.