by Arshake
in focus, Special Project

With a background in cybernetics, and the spirit of a reporter, Cadioli has joined forces with his alter ego, Marco Manray, to document life in different corners of the virtual planet. Since 2005, his “shots” have given the world access to Second Life – its most important events, protagonists and everyday life (Marco Manray reporter in Second Life 2005-2008).

Arenae‘s black-and-white reportage (2005) has documented and restored battle scenes from popular wargames such as Quake III, Enemy Territory and Half-Life Counter Strike. Cadioli has travelled through the geographies of Google Map and Google Earth, and crossed the clarity of the hyperrealistic illusion of representation offered by the software in order to shatter it where errors occur (Google Melon, 2011 and Google Error, 2012). From urban landscapes, the gaze has moved towards (apparently) more uncontaminated areas, capturing man’s design through the eye of the satellite. Ploughed fields and other interventions upon nature are framed into the imaginary lens to isolate its rhythms and patterns where masterpieces of abstract art can be recognised. 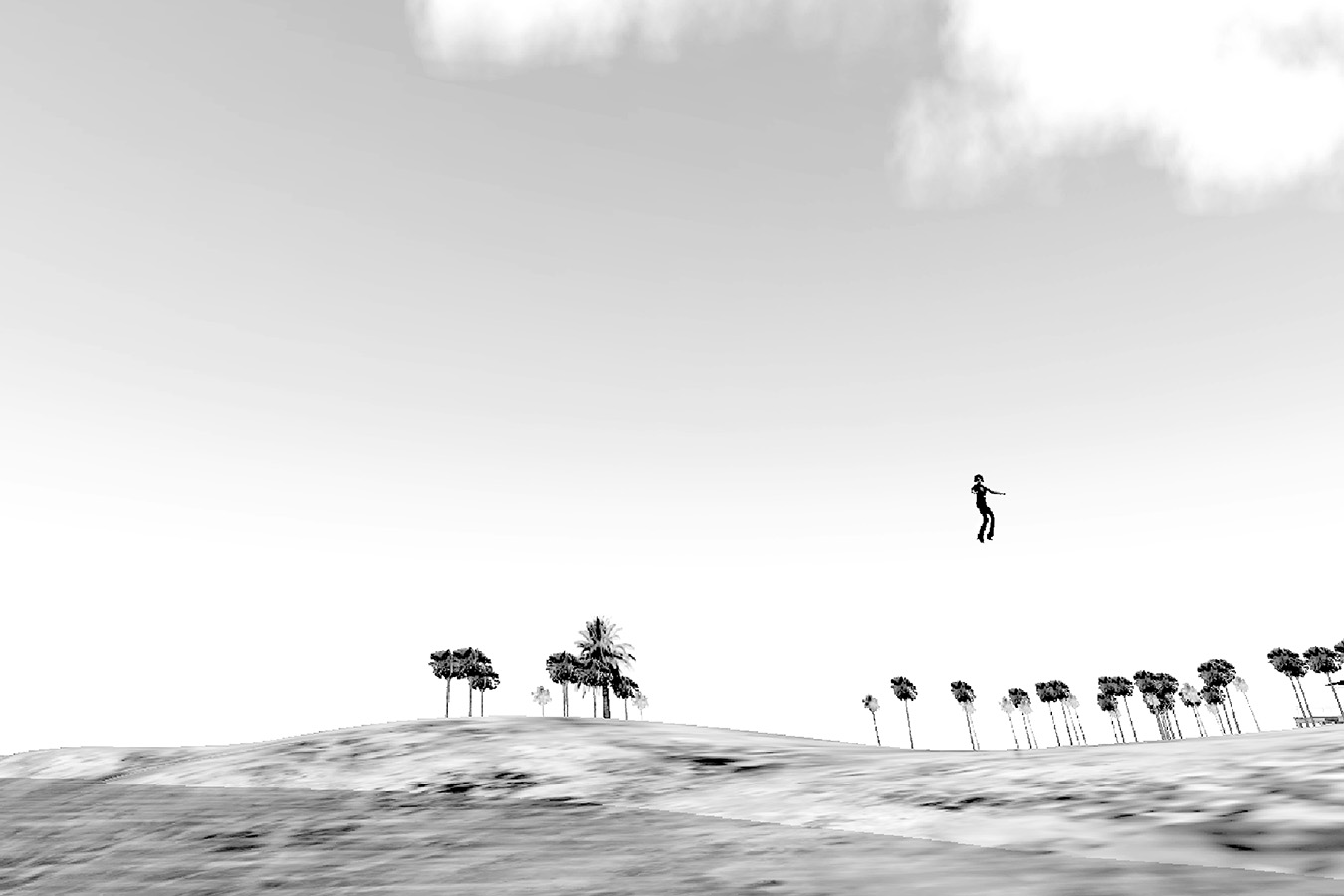 In 2008, Cadioli ventured into the Chinese virtual world HiPiHi, swimming and walking for days in the dark, encountering ancient symbols and traditional architecture. In 2014, he focused on a piece of landscape that we have long neglected, namely that of algorithmic memory, a space that has grown exponentially, enriched with data that now nourishes Artificial Intelligences, such as those that produce economic outcomes by tapping into our private lives, our tastes and our desires. This perspective was revealed in a small but powerful application that Google+ sent its users in the form of a video at the end of 2014 – entitled Year in Photos which processes, through its own selective logic, the images taken by users over the last year (the same feature we find on Facebook or on our mobile phone apps).

So Cadioli’s reporting spirit has ventured into Artificial Intelligence where he has looked for harmony through his visionary logic. He invites us to consider Artificial Intelligence while he undertakes its facial recognition training, as the repertoire of recorded facial emotions is scrolled through (Database for Human Training, 2019). Cadioli himself contemplates the sea alongside a machine, a symbiosis represented in a common sublimated gaze, even though based on totally different logics (Watching the Sea, 2019). These are just a few stages in a long journey that has never lost its grip on change, on transformations, even those that have escaped our attention and catapulted us into a new world, which is not so new after all.

Now Cadioli’s gaze is turning towards the Metaverse. The first stages of his journey have been presented in the spaces of SMDOT/Contemporary Art in Udine with the exhibition Back to the Metaverse (the whirlpool and the promise).  “Digital bodies (avatars), attracted by a promised land, where everything is decentralised and financialised”, is how the curator of the exhibition, Stefano Monti, describes the project, introducing this part of his shared journey with Marco Cadioli. “A technology that becomes a possibility to escape from complexity, from the physical body, which produces daily friction, pain, suffering, horror and fear, but also fascination, joy, wonder and enchantment. The promise of a new world, of new worlds that lose 2 to 5 in relation to our current day-to-day lives, at least for now. Sight and hearing are highly stimulated, probably only partially, but the other senses are almost totally forgotten[1].”

Two works from the past in Second Life (Der Neue Wanderer,2008 and Rousseau Reloaded, 2007) both become important moments of confrontation regarding the moment of discovery, united by a sense of fear and wonder, but with a gaze that no longer rests on an open landscape as it happen in the past, “an exotic world”, as Cadioli recalled it in an interview with Valentina Tanni. “[This is] an uncontaminated and utopian island, while current developments are already openly linked to business, to cryptocurrencies, to environments often conceived and developed by Big Tech[2].”

At the moment, the Metaverse is a set of virtual worlds that join Second Life, intersecting with blockchain economies and dynamics; connection and fluidity between these worlds is yet to come. What can be read behind what the press is suggesting is a big financial operation. We also know that the system generates a counterculture that could emerge just as strongly. 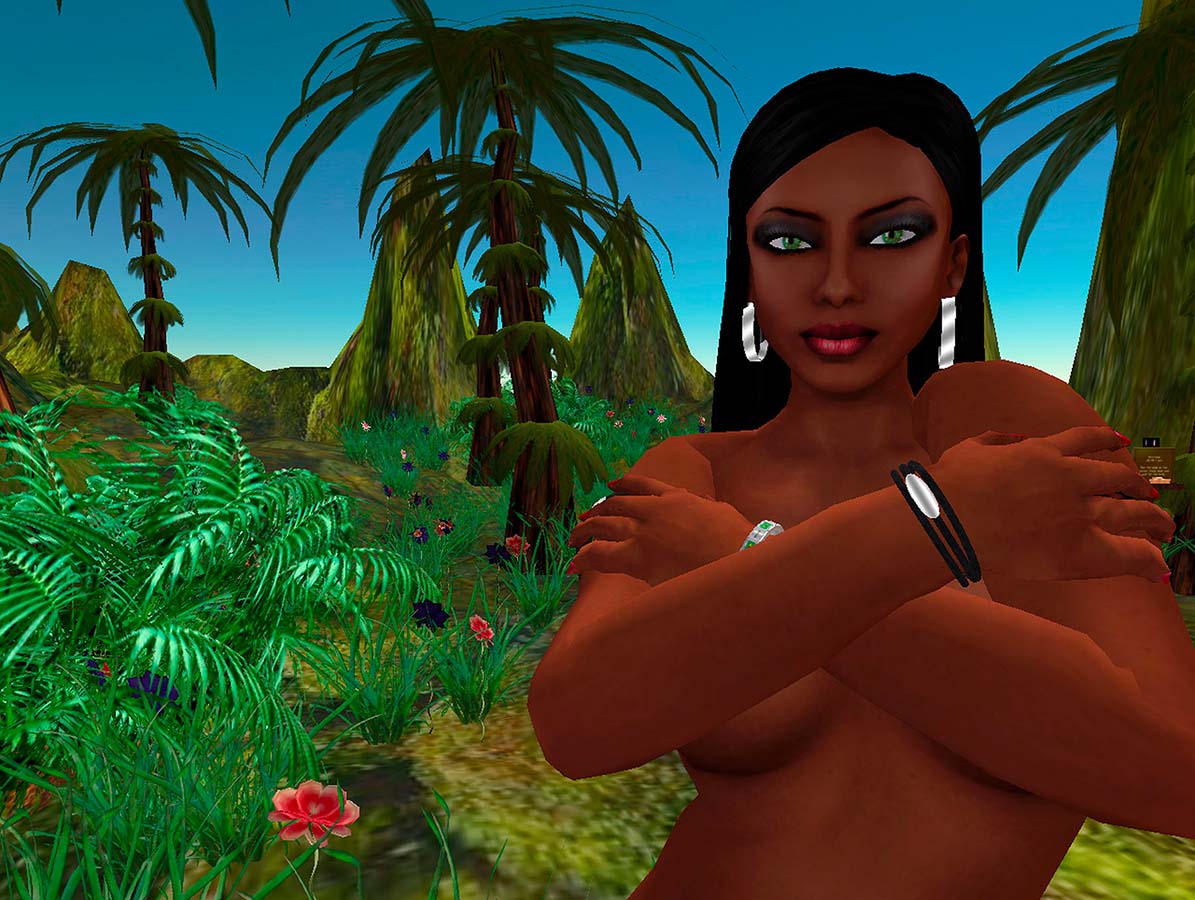 After the IT bubble burst during the first years of the 21st century, the Internet did not disappear, but continued to be an increasingly integral part of our lives. Similarly, it will be difficult for these worlds and economies generated by technologies that have already lasted more than a decade, such as blockchain, to disappear. Cyberspace has materialised in our lives from the science fiction fantasy of William Gibson[3]. The Metaverse is finding its way into real life from the pen of Neal Stephenson who described it in Snow Crash in 1992[4].

We must be patient and continue to explore, trying to free our gaze from the glittering patina of the seductive promise, face the terror of the new and make the same effort to acquire knowledge that the square of the two-dimensional world of Flatland, Abbott’s famous novel, had to face in order to discover and accept the existence of the three-dimensional world.[5] Contemporary philosophers and theorists encourage us to cross the obscurity, such as the viscosity of Timothy Morton’s hyperobjects[6] and the grey zone described by the artist and theorist James Bridle[7].

Presently our gaze is forced to cross the whirlpool, gŭrgus[8]. We find ourselves at this particular point in space and history. Cadioli places us on a threshold and invites us to cross it. If the whirlpool is frightening, crossing it becomes necessary and can possibly lead us towards new horizons. The story still has to be written. Cadioli is already on its track and he invites us to follow him. 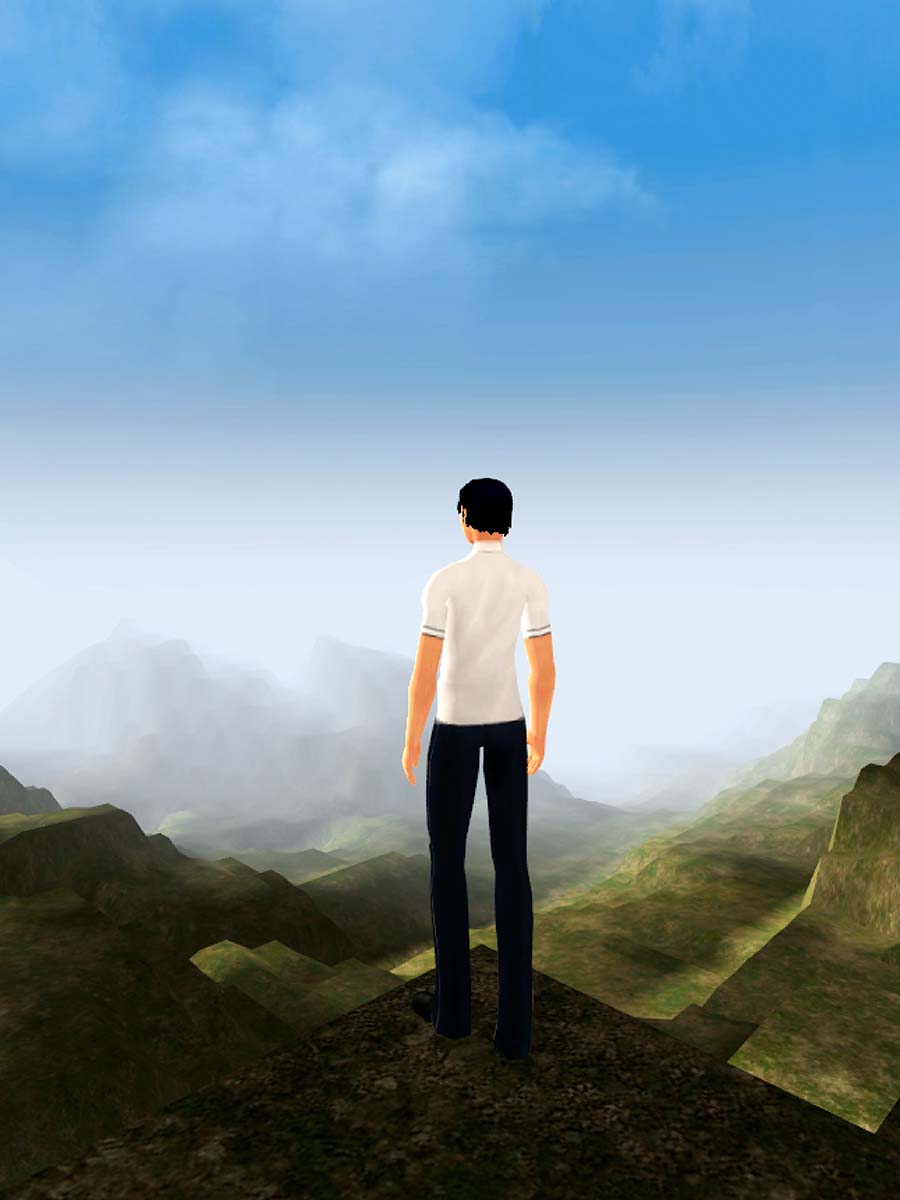 Marco Cadioli has focused his research on images that materialize on computer screens, blurring the boundaries between real and virtual since the early 2000s. His current works deal with how and what Artificial Intelligence is learning, introducing once again a new form of vision. In many works by Marco Cadioli there is a subversion of the use of systems and software, misused or used to do more than their main purpose to go beyond the surface of the algorithms.  He exhibited in solo and group show, at: BASE Milano; iMAL, Brussels; LinkArt Center, Brescia; Electronic Media Arts Centre, Toronto; Gloria Maria Gallery, Milano; Neoludica, Biennale di Venezia; Casino Luxembourg; Macro Testaccio, Rome.