by Alberto Gulminetti
in focus

Arshake is pleased to publish the second appointment with the article by Alberto Gulminetti on the new modes of transmedia story telling, originally published on  Roma Italia Lab. You can read here the first part.

(…) Fan group roaming between mediums has similar features with the concept-ideology of T.A.Z. (Temporary Autonomous Zones) described by Hakim Bey in one of his best-known texts. T.A.Z. are geographical zones outside the control of institutions, revolving around the ‘temporary’, creating anarchic enclaves, which represent the only opportunity to escape from society’s control.

This is what communities of internet users and fans of films, TV series and videogames do: they roam from one project to another accumulating knowledge and experience that allows them to find new fertile “territory” in which to set up IT tents and challenge producers of media content, whether in cinema or television.

Alternate Reality Games are “games” in which physical and virtual reality merge through constant oscillation and story-telling, mixing with the everyday to produce events that resonate and create publicity through real fan performance of a film. A well-known example of Alternate Reality Games would be the Warner campaign to publicise The Dark Knight: the basis was found on the website whysoserious.com. One day, in December 2007, thousands of people who subscribed to the newsletter received a cryptic email encouraging them to follow clues that would lead them to physical addresses. Through forums linked to the film’s release it soon became clear these places were all sweet bakeries, where they could collect a “special surprise”. By going to one of these bakeries people could pick up a chocolate cake with the sentence “call me” and a phone number. After dialling the number the cake rang and inside they found a mobile and charger, a ticket and playing card showing a joker: the message was clear, from that moment on they would become accomplices in bank robberies. 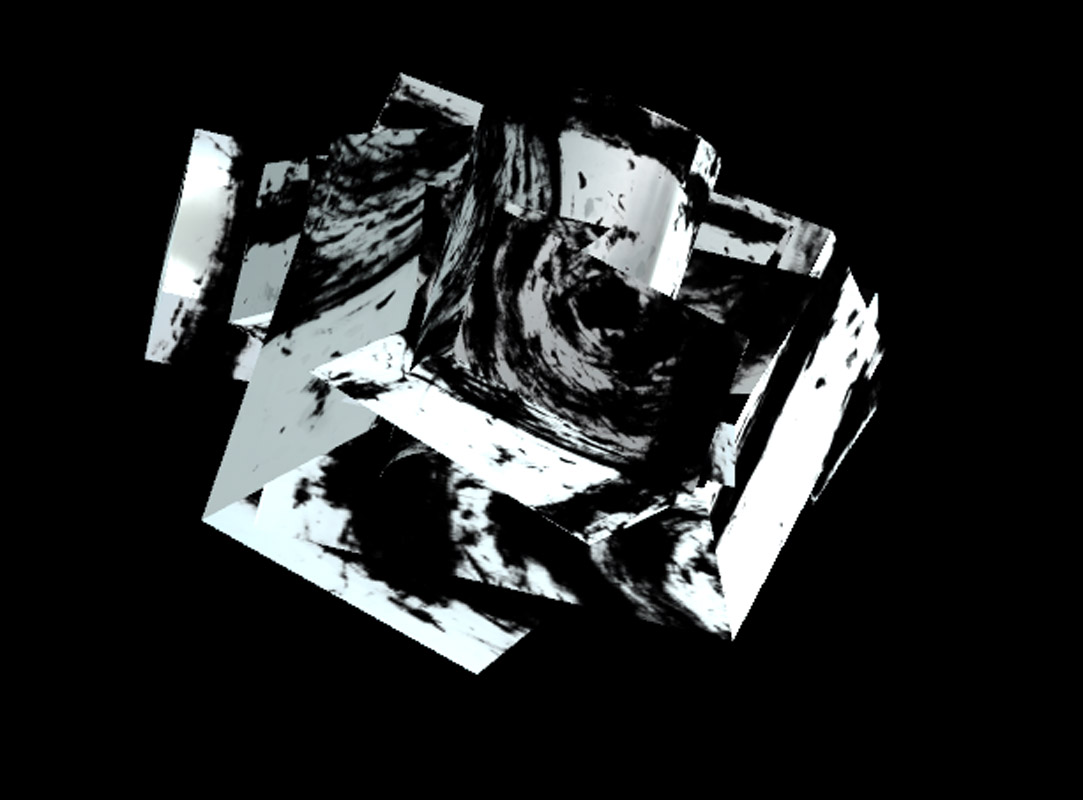 During the game the détournement of the targeted (real) bakery would take place – this was no longer a simple commercial activity, but an anonymous “middle ground”, a meeting place between the real world and Batman’s universe. Were the players in New York or Gotham City?

These communities of fans are permeated by psychic nomadism and highlight a key information concept.

According to T.A.Z. a piece of information allows people to doubt the system and it is for this reason that organisations try to censure or influence information. When people start doubting, a new “mental territory” emerges. The idea of T.A.Z. develops within the subject. Later, if this idea develops in multiple subjects it can become real (like the Pirate Utopia), created on the borders of predetermined institutional mechanisms. So, the moment a spectator becomes aware of a detail that sheds light on the episode of a specific TV series or TV programme, they share this online to support expanded knowledge, creating problems for the television “institution”.

Wandering across spaces, whether urban or non-urban, is a feature of many multimedia projects, so détournement and psycho-geography, so dear to situationists, linked to anarchic ideals transforming transmedia into an art form that can undermine reality in the way it re-visits and re-creates it. But what reality are we speaking about?

Let us not forget that stories, a people’s cultural and psychological legacy, are always needed, even in Bauman’s “liquid modernity”, where we are continuously oscillating between extremes of freedom and constraint.

Transmedia, therefore, is not only beyond control but also beyond definition; beyond the fixed gaze on the screen and naming as an act of enslavement; beyond the understanding of production studios; and beyond the ability of important companies to see and understand.

Transmedia is a parish, subculture and new philosophy in which the Campbellian Hero dies followed by a cyber-resurrection whenever and wherever the spectator-player-user wants. 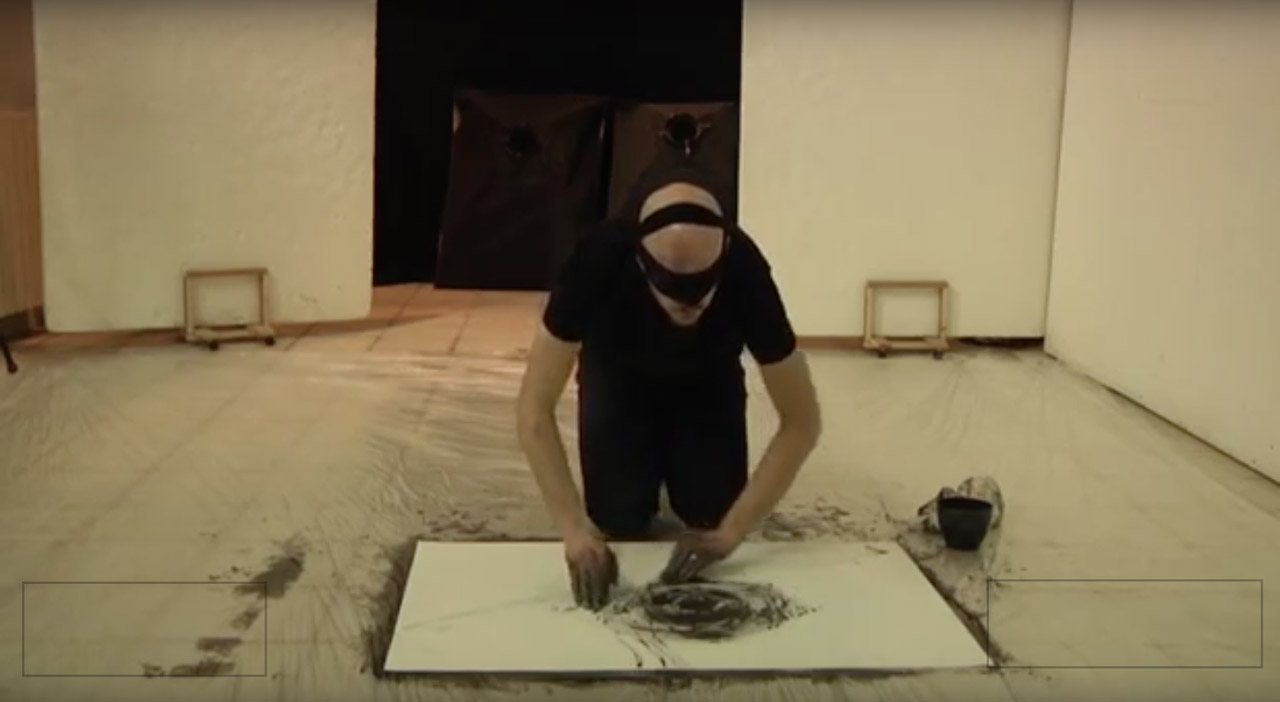 To conclude, I would like to introduce a small project, completely abstract and developed on multiple media with the aim of creating a transmedia anti-narrative. Starting from a live painting performance, the work moves towards virtual reality through a double fil rouge, a reflection on the concepts of emptiness and blindness and an investigation of the fourth dimension, or the “new” time-space created by virtual reality. The idea of blindness includes a reflection on the way digital reality fully involves us, allowing us to enter a new dimension. But in the space of an exhibition or a performance, a person who wears an Oculus Rift rather than a Google Cardboard, completely alienates themselves from the surrounding (real) space – hence the vision of the work goes from being a collective to a private, intimate experience.

This is a symptom of the times and societies we inhabit; we are often in hybrid territory, simultaneously sharing diverse and similar (physical and/or virtual) realities. But what about our subconscious, the place to which we retreat, for example, when we create or practice meditation and prayer – what has happened to it?

Google Cardboard might offer us hyper-vision by allowing us to access another reality – a digital other place with its own rules, in which human beings can, to a certain extent, overcome the limitations caused by gravity or other physical laws. For example, people can simply “be” in a groundless place, then move on to an abstract place. Or might virtual reality make us, in fact, profoundly blind because it alienates us from the surrounding physical reality that makes us alive?

The work begins with an action – a performance where I create eight “blind drawings” inspired by Robert Morris’ Blind Time. With my eyes blindfolded with drawings I paint with my hands from predetermined instructions over the course of 10 minutes. These instructions translate into simple actions which I perform with a lead pencil on a white sheet of paper; this serves to “domesticate” the background white space with abstract drawings, thus generating a relationship-game that leads me to work on the concept of emptiness/fullness.

These actions are recorded with a videocamera and the resulting eight single videos, together with their different instructions, constitute a non-linear narrative on YouTube in which the spectator can, from one set of instructions, access any video in a way that does not necessarily correspond to its drawing.

The drawings are personal elaborations of an instruction mediated through my subconscious; there is irony in the fact that spectators cannot obtain the correct sequence of instructions and corresponding drawing, or at the most they must work hard to obtain it. It functions by eliminating the idea of an “action-reaction” hierarchy taken for granted in linear story-telling.

These eight drawings are then scanned and included in a virtual reality video so that spectators find themselves in a metaphysical environment surrounded by drawings – or rather, black signs similar to insects – which are but traces of gestures linked to the condition of blindness.