Andrea Aquilanti was born in Rome in 1960. His work revolves around a constant interest in light, in the adaptation and synergy of the work with the space that houses it, and in the perception of the beholder. Tradition and modernity, techniques and technologies all overlap to create perceptive settings designed with a lexicon made up of lights and signs, and the way they are integrated “in” and “with” the space, while remaining at the same time distinct and distinguishable in their specific languages – whether video, drawing or painting.

Particularly dear to the artist are certain venues that have hosted his works, from the Nuovo Santuario del Divino Amore in Rome and the Sardinian territory of Berchidda to the historic space within ​​the Roman Forum, the special features of which have generated new works and inspirations. There have also been numerous private and public spaces on the art circuit, in Italy and around the world, including: Castello di Volpaia, the Luigi Pecci Centre in Prato, the Galleria Oddi Baglioni, the Museum Laboratory of Contemporary Art at La Sapienza University, the Galleria Ugo Ferranti, The Gallery Apart, the Palazzo Barberini, the National Gallery of Modern Art and the MACRO in Rome. His work has also been presented abroad at venues and private institutions, such as the Galerie Vivas in Paris, and Cordy House and the Italian Cultural Institute in London. Following the Terna Prize exhibition in Shanghai, his work was presented in several overseas locations, such as the National Theatre Art Gallery in Addis Ababa, the 5th International Art Biennial in Beijing and the Sangsangmadang Gallery in Seoul, while continuing to consolidate himself in Italy as an influential artist on the Italian art scene.

Acqua [Water], the work that distinguished the work of Aquilanti in the Terna Prize 02 (Megawatt category), is a sonic-visual environmental installation that simulates a loss of water from the ceiling and its collection in nine buckets. This forms an environmental installation that creates a «state of suspension between physical and visual reality» (exhibition catalogue). The interview took place in his studio in Rome in May 2014.

What is the artistic situation in Italy today? What is the role of the artist in the current art world and society?

If we talk about all the various elements that make up the art world, or museums, galleries, critics, curators, etc., I do not think that you could call the current state particularly happy compared to other countries, at least this is my feeling, also taking into account the opinions and stories of Italian artists living abroad. I know a little about the international scene but I live and work mostly in Italy. At the same time, however, I believe that the state of research in Italy is excellent; I think this is the positive side and it needs to be cultivated. As regards the role of the artist in society, I would call it marginal. I do not think that this is damaging, far from it. In this I consider myself a romantic. I am convinced that we can do our research in our studios. Paolini says: «You’re either sitting on the throne or in the corner», and I think he’s right. I’d rather be in the corner, since the corner is often the preferred space for many of my works.

The Terna Prize published, in one of its first editions, a forecast of the art situation from 2010 to 2015. The results showed what is now the current scenario. Among these, there was also the fact that the crisis would have caused the dominant rules to be subverted, as well as more social involvement in art. Is this really what is happening?

That the crisis is leading to a subversion of the rules? I hope so with all my heart. As for the social commitment, however, I believe that this is present in the work of each artist and is expressed through the language employed and the way in which it is expressed. Although my work does not extend to an explicitly social commitment, when I do a good job, I always hope that this will affect the perception of the beholder; and so it becomes, to some extent, social.

My participation in the Terna Prize coincided with the construction of Acqua, a work that I made for the Time in Jazz festival in Berchidda. Shortly afterwards came the announcement of Terna. The theme was always on energy, and in particular on possible sustainable alternatives, in some way a poor kind of energy, specifically from leaks. This made me think that Acqua could respond to that theme, and I proposed it. It was about collecting what is now wasted, flushed away or spilled and placing it in a new light, allowing it to be reborn, to become a work that takes us into a different dimension, open to new visions which were previously unimaginable. It avoided didacticism, while leaving the door open to a spiritual dimension, to the invisible becoming visible and having the power to be transformed. Acqua was designed for a specific location; but I quickly realised that it could be recreated anywhere. Sometimes my work ends with the exhibition; in this case I was able to redesign and recontextualize it. I must say it was well received and understood. 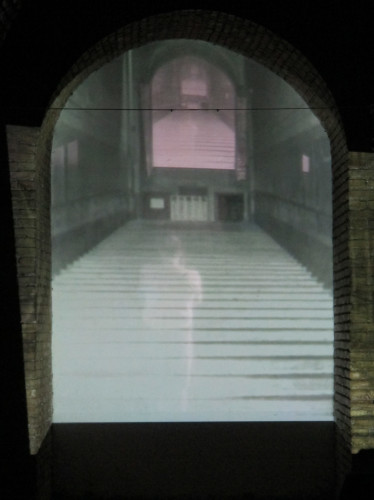 In the most recent research the use of video projections has absorbed me a lot. I’ve been thinking about the possibility of using other tools, but projection has become for me a structural component of a language that I know well and with which I can express myself better. Its malleable nature allows me to adapt it to the environment, to combine it with other traditional techniques such as drawing and painting, and to bring people inside the work. I have always done things one step at a time. Research is always a mystery, even to me. I never really know how it will end or what I’m going to do. A lot depends on the situations and the places that host my work. I have several projects in progress. In the near future I will continue to give priority to the space over everything else. It is the special features of a space that attract me, not so much the names in the exhibition or other aspects related to the art world.

You have experimented with a variety of technologies and techniques. How does technology turn into creative potential and what credentials do you need to be able to use it in a conscious way?

I started working with projection in 1999. My previous experience had been, in light of that time, a slow movement towards this expressive language. I started with plexiglass, lights, shadows. I started with abstraction in order to then take up signs and the photographic image. This first phase of my research led me, in 1998, to the exhibition at the Museum Laboratory of Contemporary Art [Voliera (Aviary), Museum Laboratory of Contemporary Art La Sapienza University, Rome, 1999], where the light and shadows generated by the columns integrated in the structure of space overlapped the design traced on the wall to form one single entity. Technology has allowed me to combine traditional languages ​​with more contemporary ones, to revive the specter of painting. When you’re inside the work, the various languages then ​​become distinguishable. 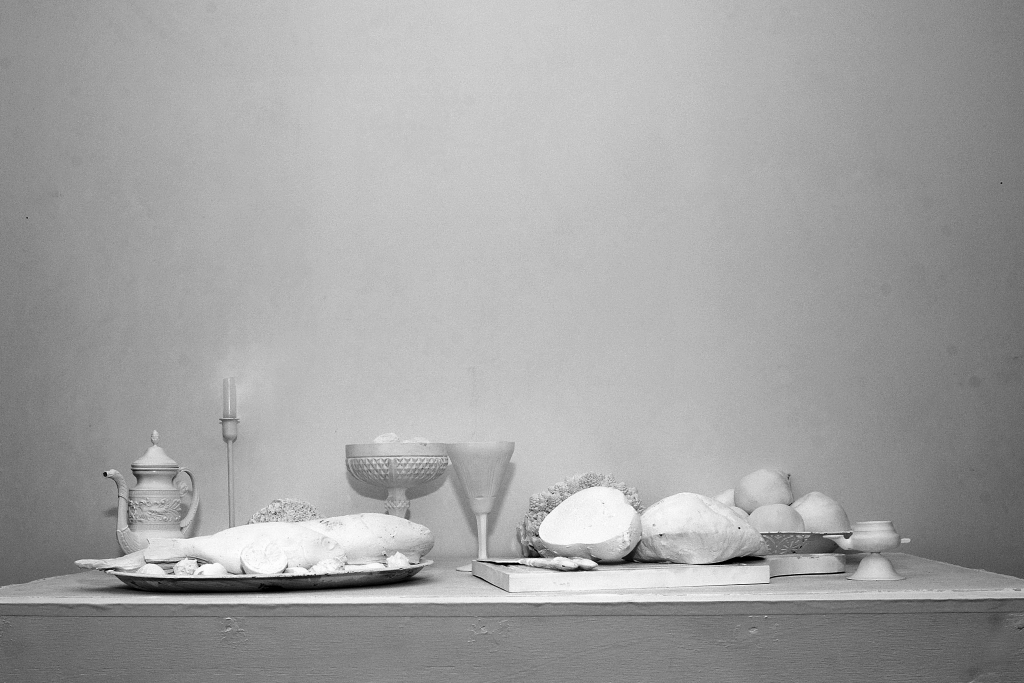 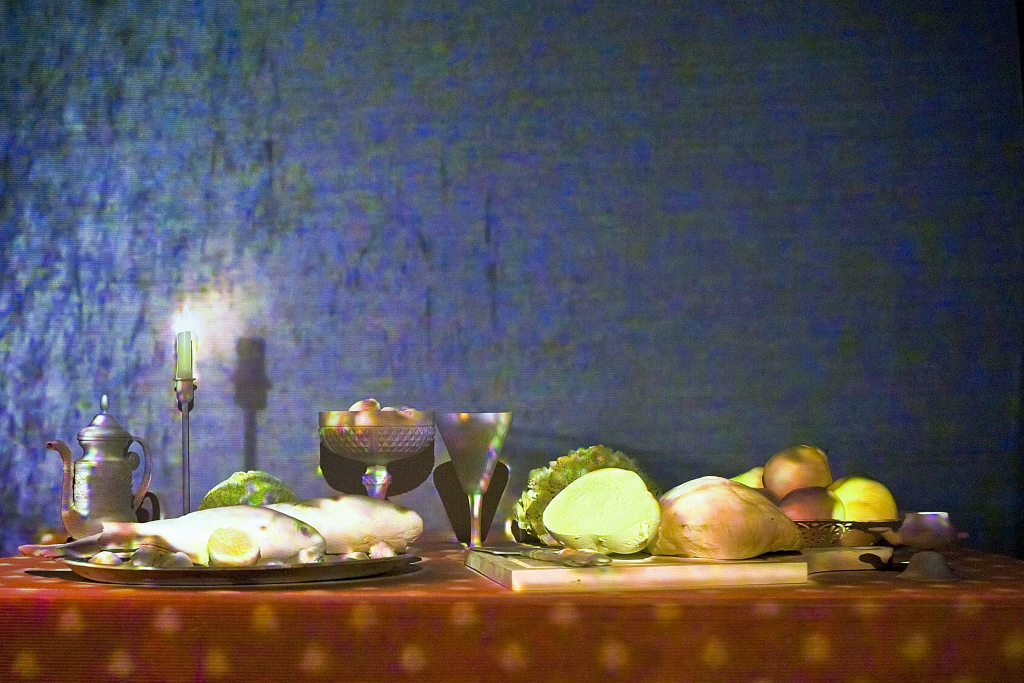 How do you rate your work on the theme of conservation?

Conservation is an issue for contemporary art in general. In my case it is especially so. If we do not consider painting, which I still do and love, almost all of my works at the end of each exhibition are automatically destroyed. I am very fond of the aura of the work. The aura of the experience that others have within my work is crucial. There are no photos, pictures or reproductions that can recreate it. You have to experience it. It is not the objective element that interests me. I’m very attached to the environment, so for me, conservation is very difficult and at certain moments I have boasted about this «temporary existence» of my work.

I believe that the institutions, in their various forms, should be closer to artists. The procedures for the promotion of art these days involve grants and residencies, aimed especially at those under 35. I often think that some of these initiatives are carried out by institutions with the sole purpose of promoting themselves. Certainly for a young artist it can be a good stepping stone. For those who, like me, already have experience, there is still a feeling of solitude. Italy needs to understand that artists are an asset. To grow they need closeness. The promotion of art needs to go beyond communication and to become a true support. The many museums and foundations dedicated to contemporary art which have emerged in recent decades in Italy should first consider putting together collections of works by Italian artists, and then promote them in this country and abroad.

In the necessary synergy between public bodies and companies I think that we need to find a balance, a synergy of skills and collaboration built on the different speeds at which public and private institutions are moving. 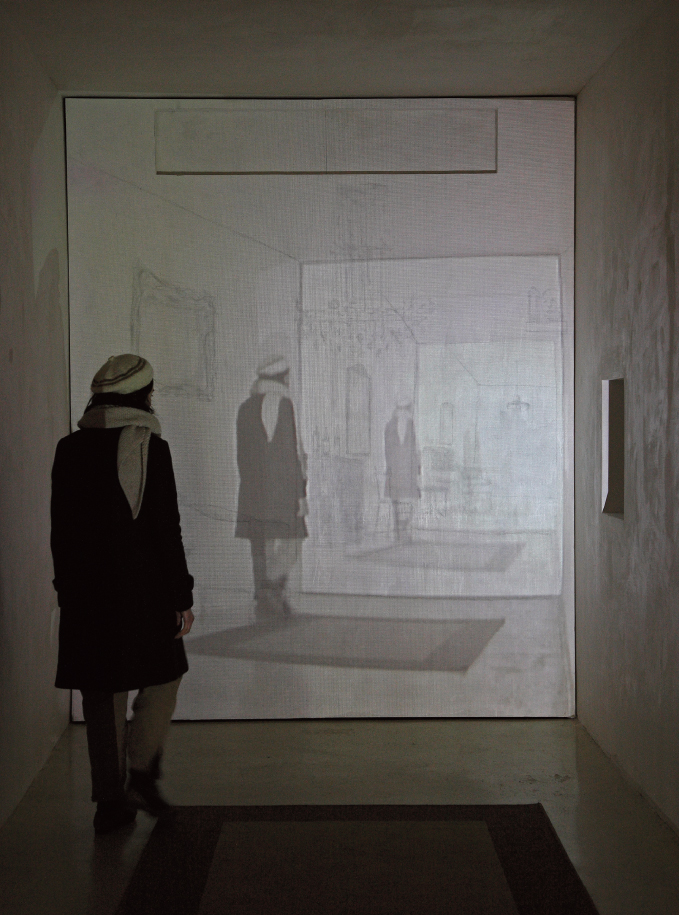 What does the Terna Prize represent, today and in the past, for an artist on the Italian and international scene?

In Italy, having participated in the Terna Prize and won it is not a trivial matter. Apart from that, the experience in itself was remarkable. The Prize and the related exhibitions offer great opportunities, especially if, as in my case, they travel on an international scale.

For me it was a terrific opportunity. It allowed me to go to Shanghai and to have that experience with other artists. It definitely opened up other possibilities for me. The same work was exhibited again at Palazzo Caligola, at the MAXXI, the Temple of Hadrian, and, in particular, in Shanghai. The funny thing is that the buckets in Acqua, which were originally found in the Berchidda landfill and recycled, have now travelled around the world.

Terna is a company that deals with providing energy to the country. Its commitment to the Terna Prize focuses on transmitting energy to art and culture and creating a network for supporting and developing talent. Do you think that the Terna Prize formula is still relevant for promoting art? Do you have any suggestions for the next edition?

Having online registration and thus giving visibility to anyone and everyone is a very important thing, as is the choice of the members of the jury, which determines the change in the orientation. It is vital that the experts called upon to judge are not always the same and that they always maintain a high standard. It is important that there are real prizes, that the works are examined with the eyes and not judged with the ears. I participated freely. There was a selection round for invited artists and an open call. I attended the open call and entered from the qualification round. It was not one of those prizes already awarded from the outset. This is an aspect that should not change. If the dual-channel of invitations and open enrollment is maintained, then my suggestion is to keep it that way and not to change it. 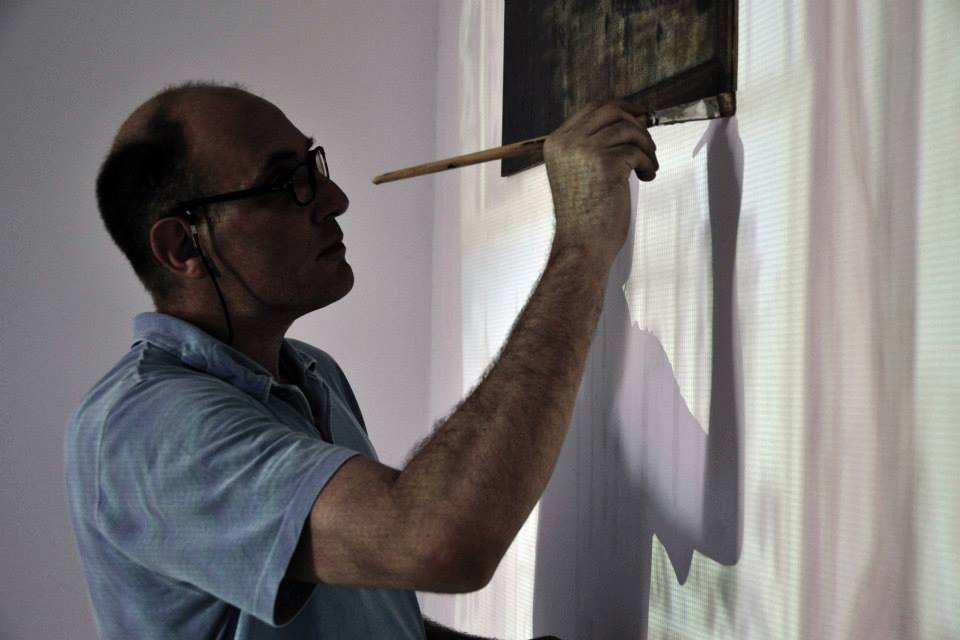