Andrea Chiesi was born in Modena in 1966. He was educated in the underworld of the Emilian counter-culture in the early ’80s. His creative force and curiosity pushed him to experiment in different areas. He painted on the walls of the Forte Prenestino in Rome, worked as a designer for some magazines and takes part in the underground music scene. The urban landscapes that characterize his research are marked by the cultural baggage of his early experiences. It is his open mindedness that guides his creative eye to see far and look beyond the conventional spaces of the city. Mostly oils on canvas related to his photographic eye that captures, above all, as subjects, his suburban landscapes, industrial buildings destined to be demolished or converted to new uses and values. Architecture becomes social attention and traces man’s presence, also perceived by his absence from its future use as «written» in the structural organization of the buildings that have been painted.

His work has been displayed in institutions, galleries and exhibitions around the world. After having won the V Cairo Prize (2004) and the first edition of the Terna Prize (2008), followed by the exhibition at the Chelsea Art Museum in New York (2009), his artistic work has focused on the USA, where the Nohra Haime Gallery dedicated an important solo exhibition to him in 2009, and in Italy where his work is currently on show at the Guidi and Schoen Gallery in Genoa. In 2014 his work was displayed alongside the Zimmerfrei collective (winner of the 4th Terna Prize, 2012) at the Italian Institute of Culture in New York that in 2012 presented him with the Gotham Award, in recognition of Italian excellence abroad.

The work that Chiesi presented for the Terna Prize, Kali Yuga 57, is a painting of a former steelworks in Cornigliano (Genoa) photographed just before it was demolished. «Heavy industry – states the artist – is a metaphor for our time; the tower that I depicted, with its verticality, becomes a metallic object that requires energy, new energy, that it transforms in other energy» (Chiesi, 2008). 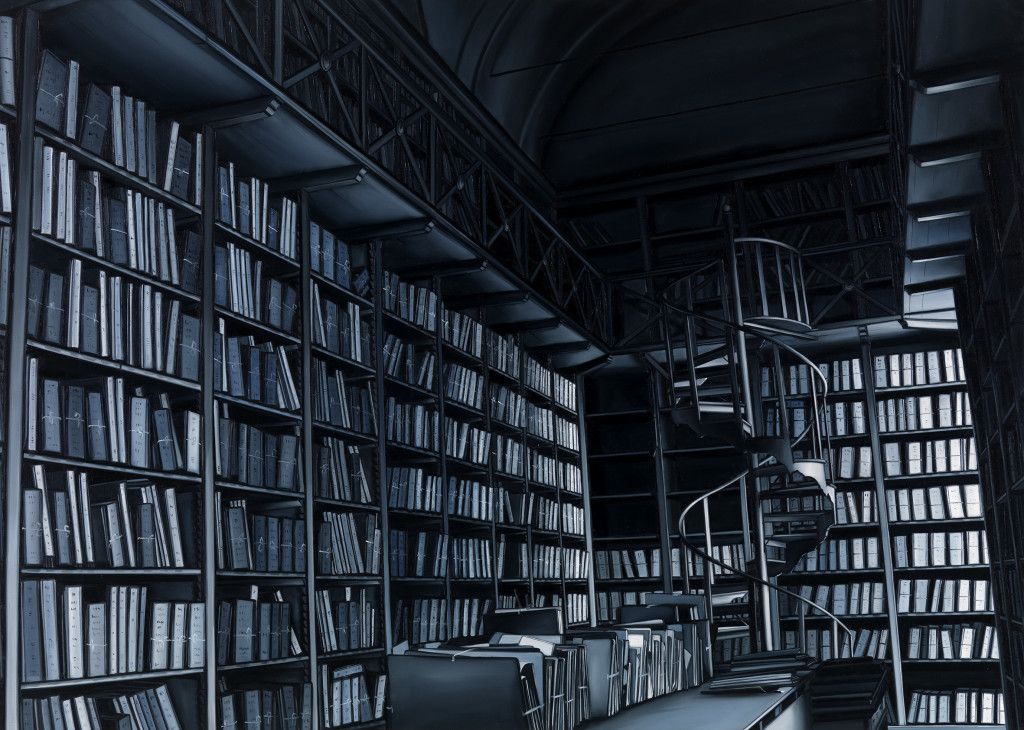 The artistic situation reflects the general state of the Country: many difficulties, a lot of potential. I think there needs to be greater awareness of our abilities, more national cohesion, complain less and do more. Artists have, in general, always had a marginal role in society. We usually ask writers, directors and philosophers for their opinion; rarely artists. And yet in their visionary outlook, they are often able to read reality in a distressing way, almost clairvoyant.

The Terna Prize published, in one of its first editions, a forecast of the art situation from 2010 to 2015. The results showed what is now the current scenario. Among these, there was also the fact that the crisis would have caused the dominating rules to be subverted, as well as more social involvement in art. Is this really what is happening?

I believe that in recent years there has been a radical change in the world of art. On one hand, many galleries have closed down due to the crisis because they were organized in an outdated way, with large buildings and unsustainable fixed costs. On the other hand, there has been an increase in organizations that are more difficult to define, with flexible structures that are better adapt to changes, sometimes demanded by the market, that use the internet and new media a lot more. I believe that social involvement has become very fashionable in art today; some pseudo-artistic works have little to do with society.

Yes, I remember it well. It took place not long after the first exhibition in Milan. Winning the Prize was an important confirmation and recognition for my work. The exhibition organized by Terna shortly after at the Chelsea Museum in New York also helped me to start a collaboration with an American gallery that I have continued to work with. 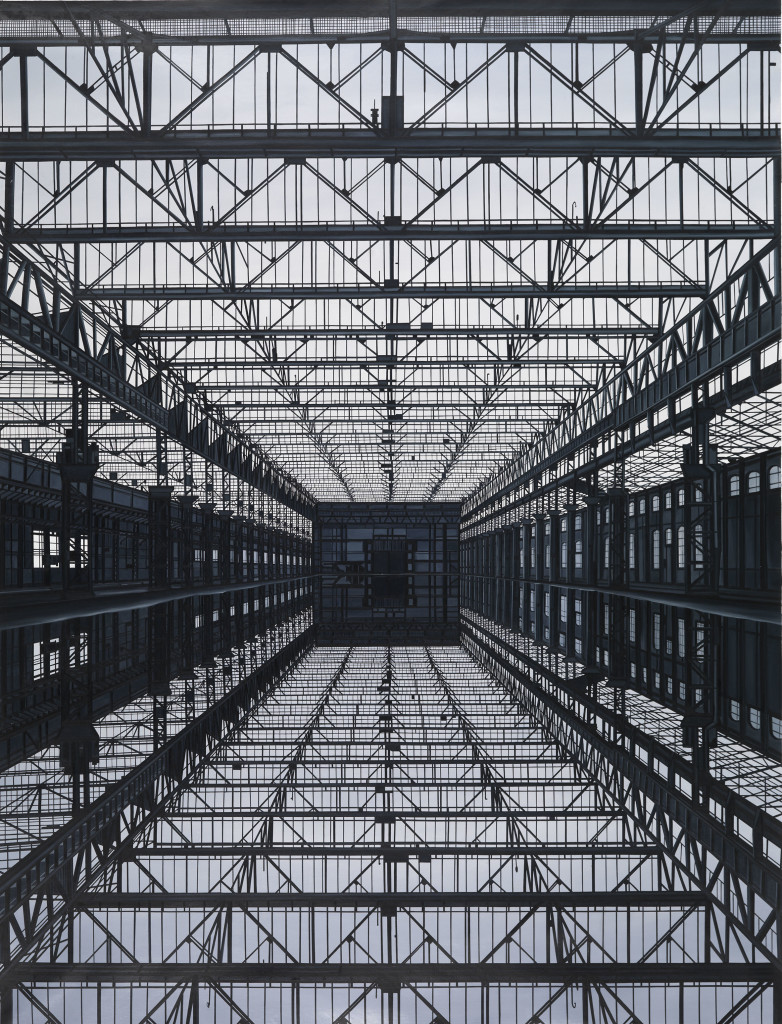 I am a painter and as I like to say: a painter paints. I am now in a mature phase of my research, I know what I am looking for and I concentrate on each single painting. For that matter, I have always pinned everything on the single painting, rather than thinking about tactics or strategies. I paint, the rest comes by itself. I have an exhibition underway at the Italian Institute of Culture in New York, I have to prepare my next solo exhibition for the Guidi&Schoen Gallery in Genoa and I am starting a collaboration in China. We’ll see.

Your works, paintings included, are the result of a multi-disciplinary education. Can you tell us about your educational path?

It was a self-taught path, not academic and transversal, born from frequenting the punk and post-punk Emilian world in the early ’80s, contaminated by underground comics and independent music. I collaborated with many musicians from that scene, I displayed my first drawings in social centers. Above all, in that context I understood that I was a loose cannon, and that I wanted to paint. The years that followed were necessary to bring this into focus. Becoming aware that everything can be solved on the canvas.

What does counter-culture mean today?

Basically it means keeping your mind open. Every generation has its own counter-culture. For me it was punk, but loosing the creative and innovative thrust and devolving into a genre like the others was inevitable. Today it has a different shape, but that does not change the substance, a counter-culture will always exist because there will always be free people who do not follow the dominating thought. 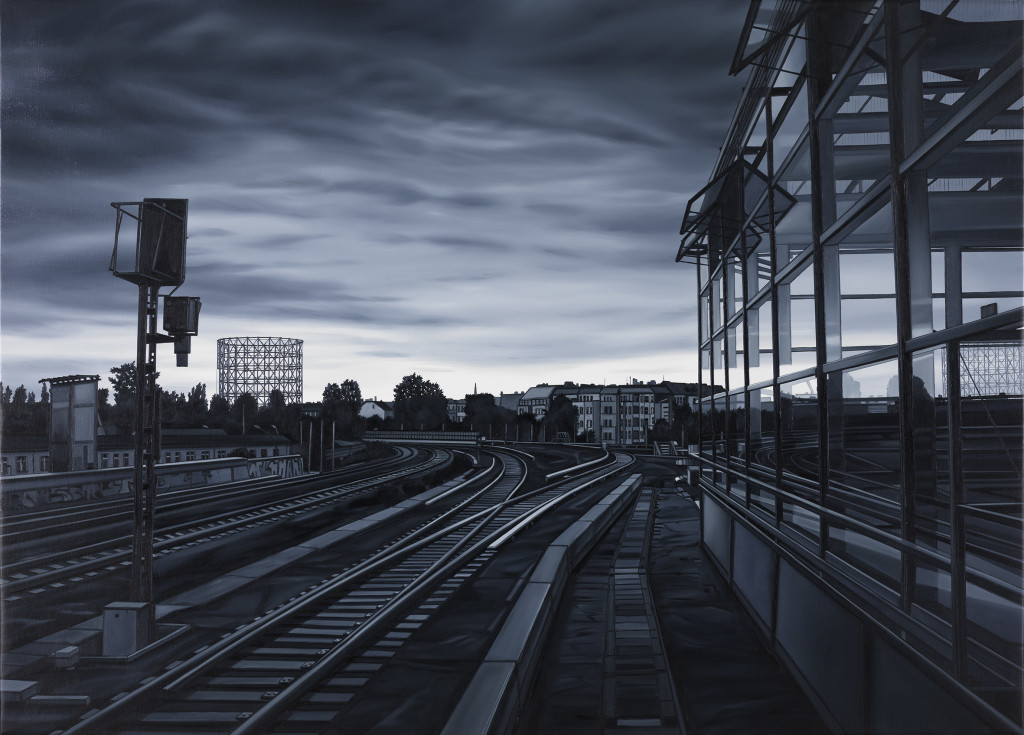 What should Italy have (that it does not already have) to encourage creativity and make our country even more competitive at international level? And which country in the world do you believe to be the best from this point of view?

We should have fiscal subsidies to buy modern art. In this way the market would benefit. Galleries should be considered the central driving force for promoting art, not luxury boutiques. The taxes are too high compared to other European countries, creating unfair competition within the EU. In museums we can admire pieces that were sponsored in the past. Today there is a lack of will to create new enduring collections. We prefer to invest in fleeting events, show exhibitions that last only a few months and leave nothing behind. It is a legal and above all political question. From this point of view United States are still a benchmark.

What did and what does the Terna Prize represent for an artist in the Italian and international landscape?

A good opportunity, an burst of energy (as I was saying) and optimism. Then an artist needs to know how to use it, as with all opportunities. Furthermore, if the Prize increases even the artists involved can benefit.

Terna is a company that deals with providing energy to the Country. Its commitment to the Terna Prize focuses on transmitting energy to art and culture and creating a network for supporting and developing talent. Do you think that the Terna Prize formula is still relevant for promoting art? Do you have any suggestions for the next edition?

Yes, I think that it is still very relevant. Winning a prize brings confidence and pays the bills for a while. Furthermore, in this way Terna is building one of the most beautiful collections of contemporary art in Italy. I suggest that they have new judges on the panel at each edition, maybe even artists from previous editions. 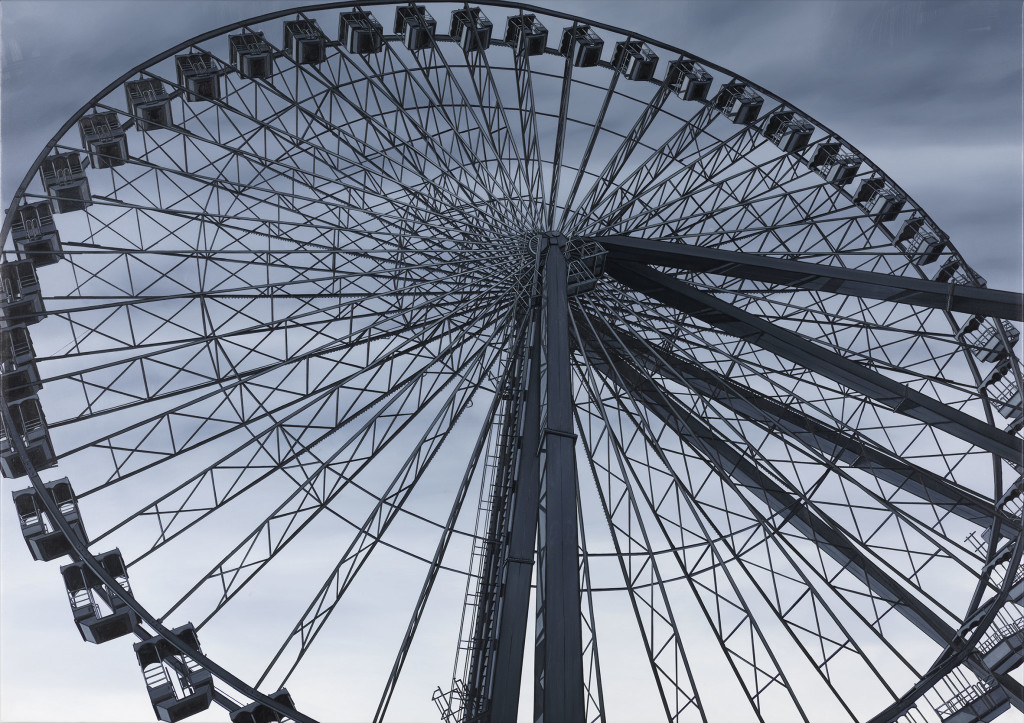