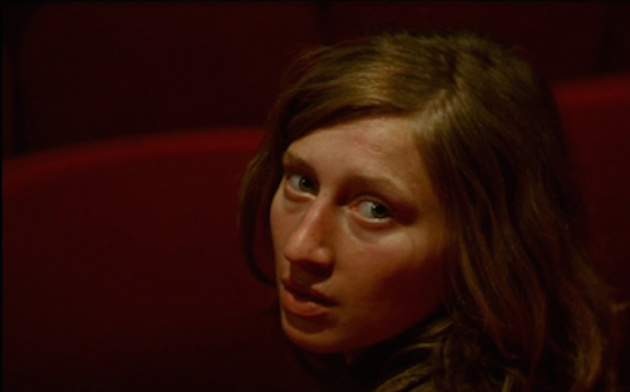 Lo Schermo dell’arte film festival presents the fifth edition of VISIO – European Programme on Artists’ Moving Images.
VISIO consists of an exhibition and a series of seminars and meetings dedicated to expanding the vision and themes of artists, who use moving images in their artistic practice. By promoting encounters and international mobility, VISIO has favoured the development of a wide network of institutions, artists and professionals working with moving images.

The VISIO Programme, curated by Leonardo Bigazzi, will be held in Florence, within the context of the 9th Edition of Lo schermo dell’arte Film Festival (16th – 20th November 2016). The participants will be 12 young European artists, who work with moving images; they will be selected with an open call, in collaboration with some of the most important European Art Academies, Schools and Artist Residencies. Thanks to the generous contribution of our partners there will be no participation fee. The deadline to apply is October 3rd 2016.

After the success of the exhibition held at Palazzo Strozzi in 2015, this year one video work for each of the 12 participating artists will be selected for a new exhibition project: VISIO. Outside The Black Box (16th Nov – 20th Nov, 2016). The exhibition will take place at the Cinema Teatro La Compagnia in Florence. The building, converted in 1987 into a theatre by Adolfo Natalini, founder of the famous radical architecture firm Superstudio in the late 1960s, will soon re-open as a cinema dedicated to documentary and art-house films. Questioning traditional film formats, the selected works will be displayed in the hidden spaces of the former theatre that usually are not accessible to the public. The exhibition is produced and organized by Lo schermo dell’arte Film Festival in collaboration with FST- Mediateca Regionale Toscana.

VISIO is creating a significant archive by mapping a new generation of artists working with film and video and based in Europe. Over 300 visual artists have applied to participate in the first four editions of the Programme. While maintaining its original identity as a training and networking project, VISIO has now developed into a much wider exhibition and research platform that is generating new opportunities and collaborations on an international level.

As a result of the research and debate generated by the Programme over the past five years, an extensive publication will be published in the spring of 2017 by Mousse Publishing. The book will feature contributions by leading international curators, artists and critics and a section dedicated to all the artists that have participated in the programme.