Francesca Grilli was born in Bologna in 1978. After graduating in Photography at the Superior Institute for Art Industries in Urbino, she attended an Advanced Course in Visual Arts at the Fondazione Ratti in Como with Alfredo Jaar. She currently lives and works in Amsterdam and in Italy. Since fall 2014, and for several months, her creativity has been let loose in Rome following a residency at the American Academy.

With an academic background in photography, Francesca Grilli began to use performance and video that then become her preferred expressive means to externalize experiences belonging to her most intimate side and through which she ultimately manages to reach the spectator’s field of action. Francesca Grilli refers to her video entitled 194.9 Mhz, (2006) as the beginning and the neuralgic center of her growing interest for sound and its multiple expressive and perceptive implications along with its ability to act as an ideal tool to communicate with the personal and collective unconscious. Within the aforementioned fields of research she has focused on the features of language, its metaphors and its influence. She has received several awards: Nettuno d’oro, Lions Club Bologna (2013), Terna  Prize (2010), Nuove Arti award, Mambo Museum, Bologna (2010), Artissima «Italian Wave» (Turin 2008) ICEBERG Arti Visive / Visual Arts, Bologna (2007), IT and International Prize of Performance in 2006. In addition to her current residency at the American Academy, she was awarded several other residencies at: The MACRO Museum in Rome (2012), SYB (Beesterzwaag, the Netherlands 2008/2012);     Centrale di Fies (Trento  2010),  Red A.i.R., Residency of SMBA (Amsterdam  2009),    Rijksakademie van beeldende kunsten / Dutch Ministry of Education, Culture and Science (2007-2008). Her work has featured in numerous galleries and institutions in Italy and abroad. Macro Museum (Rome 2013), Pompidou Center (Paris, 2013), 55th Venice Biennial (Italian Pavilion, Venice, 2013), Elgiz Museum (Istanbul, 2011), Serpentine Gallery (London, 2010),  South African National Gallery (Cape Town, 2009), and Mambo (Bologna, 2009), MANIFESTA 7 in Bolzano (2008).

Effluvia, one of the winning works at the Terna Prize 02 (Gigawatt category) is a photography project focusing on an outward projection of the energy of inner intimacy. The artist documented how her body changed during pregnancy using a Polaroid Auracam 600 camera that was also able to pick up her magnetic fields. After taking many photos during a four month period she produced the auras emanated by her body during different stages of pregnancy, thus corresponding to different psychic and emotional states. The artist said: «Effluvia is a term used to define flow, an emanation. In my work the term refers to the invisible magnetism we emanate» 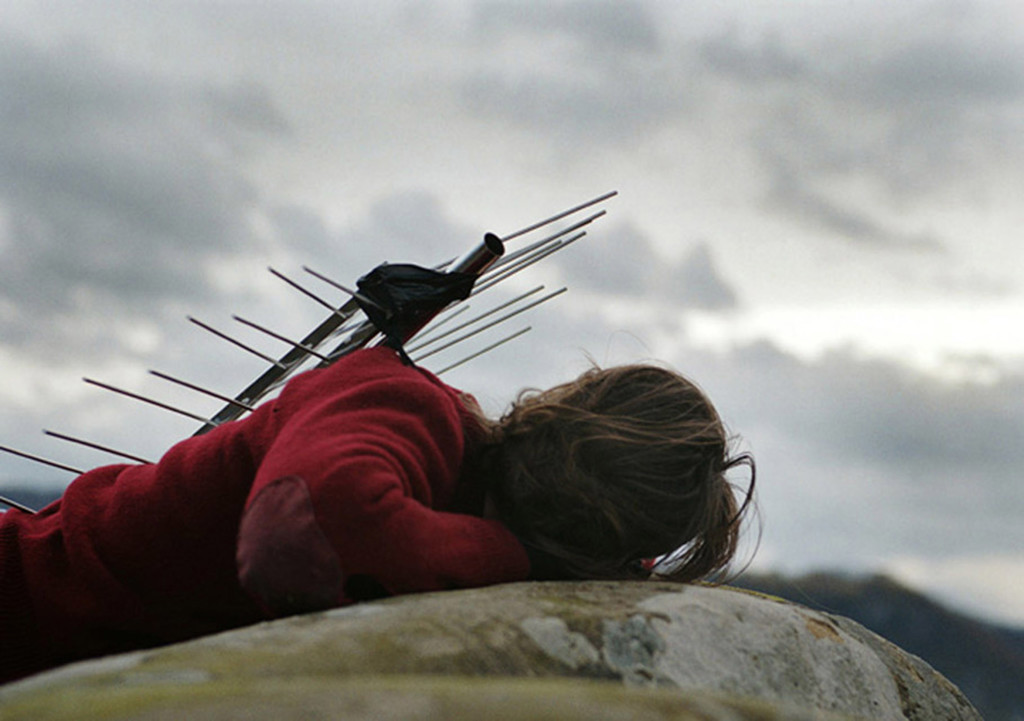 What role does an artist have in the current art system and in society?

I would like to answer this question by thinking about the role I believe is ideal for an artist in society. I would like to start with a bit of optimism. I believe that, to a certain extent, an artist works as a sort of mediator between the real world and a world above, that could possibly be a divine world, just like a poet’s role or the role of those engaging in the heavenly arts. Thus, in my view, the role of an artist is similar to the role of a shaman or a member of the clergy. However we need to be realistic. This is not always the case. In societies of ancient Greece artists played an active part in politics. This should still be the case today. Artists should also hold positions in society entailing practical ends, so that their heavenly vision and sight (that «should be» the typical vision of an artist) may be conveyed to society.

Overcoming the current saturation of dominant rules and increasing social commitment are both extremely difficult to generalize because their presence is linked to individual and intimate development. This applies to us artists as well, we really need to improve ourselves. In my view, it is crucial – and this possibly goes beyond a mere description of the art system – to oppose the «dissolution of ego» within the entire system. I have noticed that Italy is less willing to abandon the older art system, while this is currently occurring in many European countries. Museums paradoxically are attracting less and less people, and I believe the trend will continue until we are able to take the step that this historical period requires. I firmly believe that in order to acknowledge the present and act accordingly, change must be initiated from within, thus change is linked to ego. 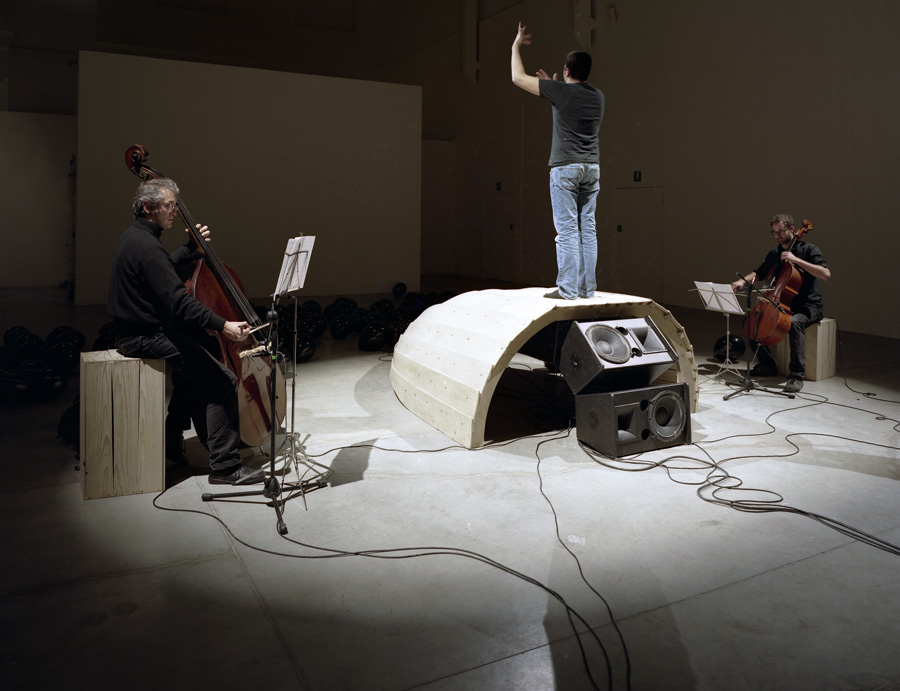 Italy really needs to change its strategy.  I believe there are excellent artists in Italy, but adequate support is not provided to the newer generations. I don’t know why this occurs, we always appear to look outwith our national boundaries. This attitude must change, we need to gather updated information on new ways in which an ephemeral work of art may be exploited; this is the main objective art is currently focusing on. Maybe larger museums need to be brought back to life. I think we really need to start making decisions and taking radical positions.

I lived, and partly still live, in the Netherlands, a country that has an entirely different vision. The Netherlands also have issues that need to be addressed. I don’t believe there is a particular country we should be attempting to emulate. Although I do believe Northern European countries are adopting a different approach, an artist is supported and held in greater esteem, his research is respected. Integrating presence on the market and research. A country without research has no future, whatever the field.

It was only later on in your career (after experimenting with photography and video) that you decided to approach performances and gesture. Could you tell us briefly about your development and how and to what extent these artistic genres are an active part of your latest research?

I began researching performance in 2006 when I won the second International Award for Performance at the Centrale Fies in collaboration with the Galleria Civica in Trento. I suppose the idea behind that performance developed from an image I had kept in my memory; I could’ve chosen to express this image with video or photography, however I felt the a live presentation was more suitable. I never pondered upon which was the most appropriate means for the purpose. The determining factor was the need to narrate. And that’s how I began researching for performance. It’s not something I sat down on a table and decided, it was simply a need to express a particular project; to a certain extent, it’s as if the project asks whether it requires legs or a tripod. I haven’t stopped creating photographs and videos. I simply found that performance was the easiest way to express that which I wanted to convey. For example, I am currently working on a film that will be presented to the Fondazione del Monte in November. My research with video has not ended and, in any case, performance is an important part of video, although live action becomes a two-dimensional image. The limits between one discipline and another are always very subtle. 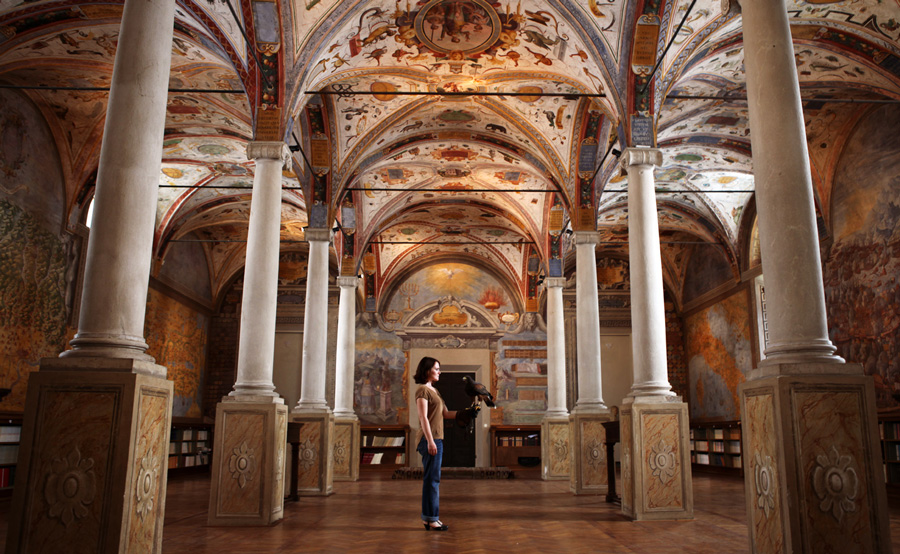 How do you deal with issues relating to the documentation and conservation of your work?

With reference to documenting performance, I do not enjoy considering video as a work, but a mere document. Having said that, there are some ways to obtain collections of performances, e.g. the one used at the Tate – an appropriate example of how to collect performances. I am fascinated, for example, by oral narration. Several stories, including those originating thousands of years ago, have reached our current society, and have been transformed over time. I always like to think, in an idealistic way, that it would be a good idea to document or leave traces behind using a sort of oral archive, in the form of a story. I suppose that if, in some way all visual documentation was deleted, we would be left with something to treasure. Every time someone provides their personal oral documentation of an action the action changes within the time that keeps the action alive. This could represent an inevitable review of works through human memory. I have this concept of a human archive, a conservational idea along the lines of Fahrenheit 451. I imagine this human archive made up of countless performances in which everyone has the ability to narrate one of them and passes it on through several generations. An example of this would be the Verdi club that is made up of 27 members who each know how to represent one of the composer’s operas by heart. I find this an ideal approach and this is the direction I would like to follow in terms of documenting my work. 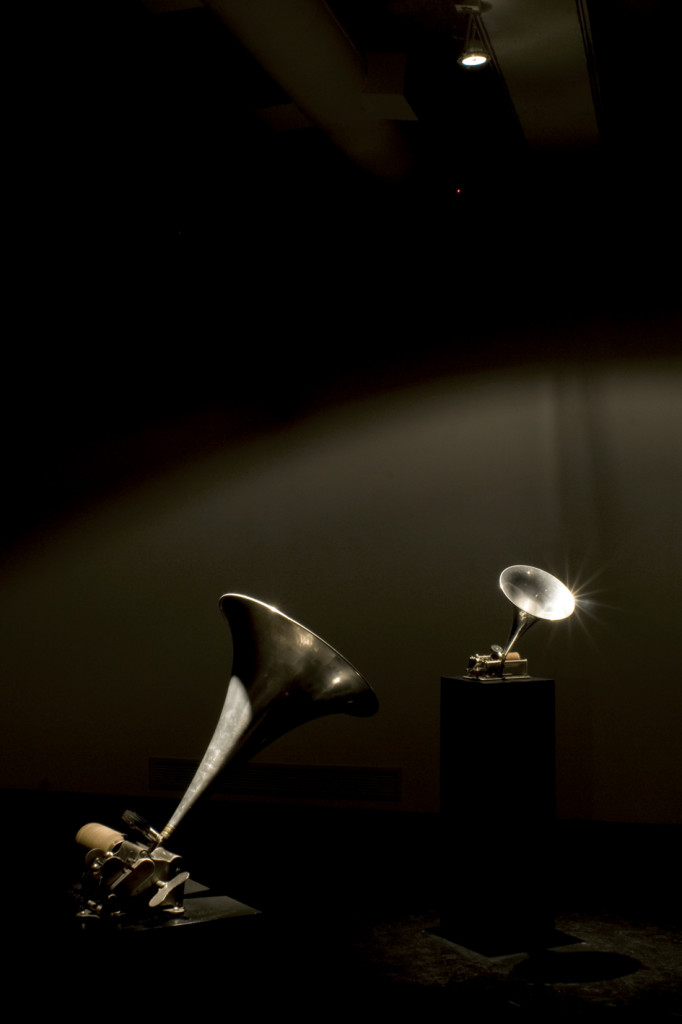 How did your participation in the Terna Prize influence your experience and research? What real market and other opportunities has it led to?

I remember that when I was preparing my work for the Terna Prize I was pregnant. Thus the work of art has a strong connection with my personal life. This was an exceptionally important work of art, since it is the only piece of evidence relating to a particular stage in my life; thus I will always feel a strong connection with the work. This experience led to a consideration of a vision of significant support provided to younger generations, it is one of the few events in Italy that invests in the search for young talents, a form of support that continues to this very day. I don’t think this collaboration has ended yet. I feel as if a strong connection has been established and I’m sure I could benefit again from their support.

Terna provides very practical resources within the Italian context: the Prize includes residencies, purchasing works … everything that is required to support young art and research. Support is provided in the present (purchase of the work) and in the future (assisting the artist’s professional development). I would suggest to continue providing support and enable winning artists to meet up… This would lead to the creation of an overall picture relating to a generation of artists: there used to be art movements that were self-created and positively acknowledged by critics and trusteeships; nowadays this is much more difficult to achieve, thus the ability to bring an entire generation together is crucial during this historical period. 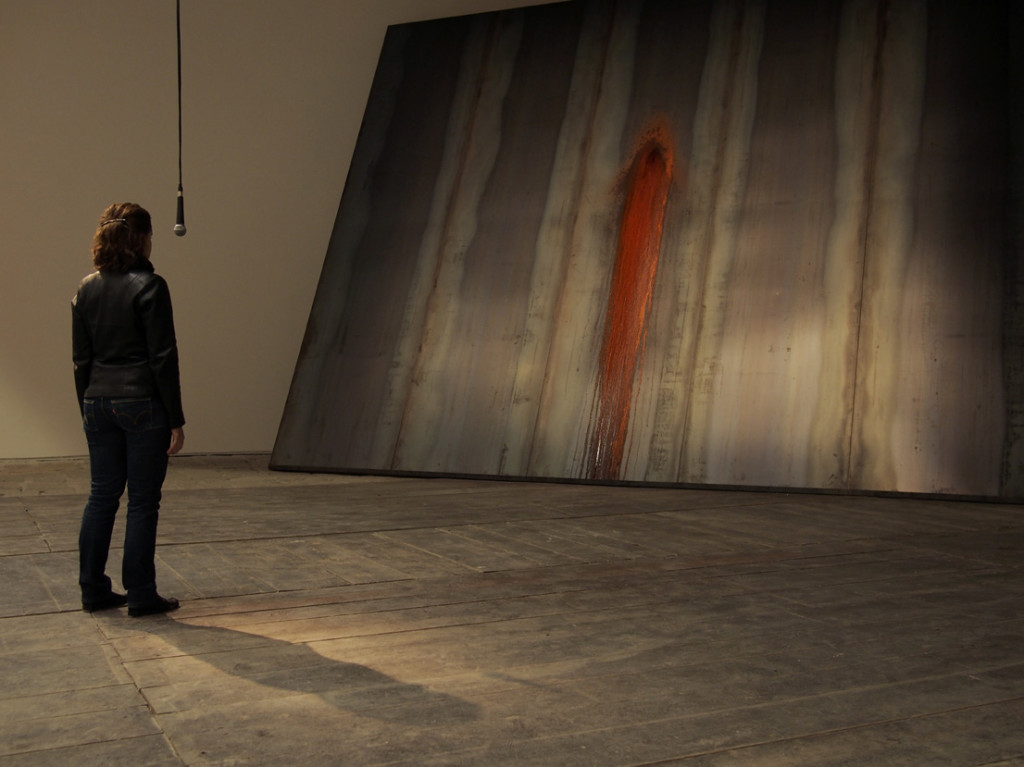