Gian Maria Tosatti was born in Rome in 1980. He trained in the field of performing arts, studying at the Centre for Theatre Research and Experimentation at Pontedera Theatre [where he became acquainted with Jerzy Grotowski’s methods]. He then moved to Rome, where he worked on the connection between architecture and the visual arts by building large site-specific installations. All his subsequent works, installation and photographic, were born from this research, in addition to two projects, Devozioni (Devotions) and Landscapes, which were created in collaboration with the Fondazione Volume in Rome. The former is a series of ten large-scale installations for specific architectural spaces, while the latter is a public art program related to scenes of urban conflict. Currently the artist’s work is linked to three new projects, Fondamenta (Foundation), which is based on identification of the archetypes of the modern era, Le considerazioni sugli intenti della mia prima comunione restano lettera morta (Considerations About the Intentions of My First Communion Have Remained a Dead Letter), a series devoted to the puzzles that lie in the personal memories of an individual and the traces that people leave behind them, and Sette Stagioni dello Spirito (The Seven Seasons of the Spirit), an investigation aimed at understanding the limits of good and evil in man. Gian Maria Tosatti has participated in numerous solo and group exhibitions in Italy and abroad. He has won several awards, including a youth knighthood from the Province of Rome and the Special Mention by the jury at the Talent Prize 2011. He received the Talent Prize in its 2014 edition, was named joint winner in the Un’opera per il Castello [A Work for the Castle] contest at Castel Sant’Elmo (Naples), in addition to being one of the finalists of the prestigious Furla Prize.

I giorni del silenzio – Devozioni IX – I (The Days of Silence – Devotions IX – I) is the work which Tosatti entered in the first edition of the Terna Prize under the pseudonym «Hôtel de la Lune», the name of the art studio which he manages, at which Elisabetta Mancini curates the compositions. This is the photographic documentation of the installation carried out at the abandoned water pumping machine at Centrale Montemartini in Rome. The image captures the tension between the seemingly imperturbable tranquillity of the setting and the inexorable passage of time, and distils it into a sense of abandonment and stasis. The interview was conducted via e-mail in August 2014, and repeated and updated in September 2014. 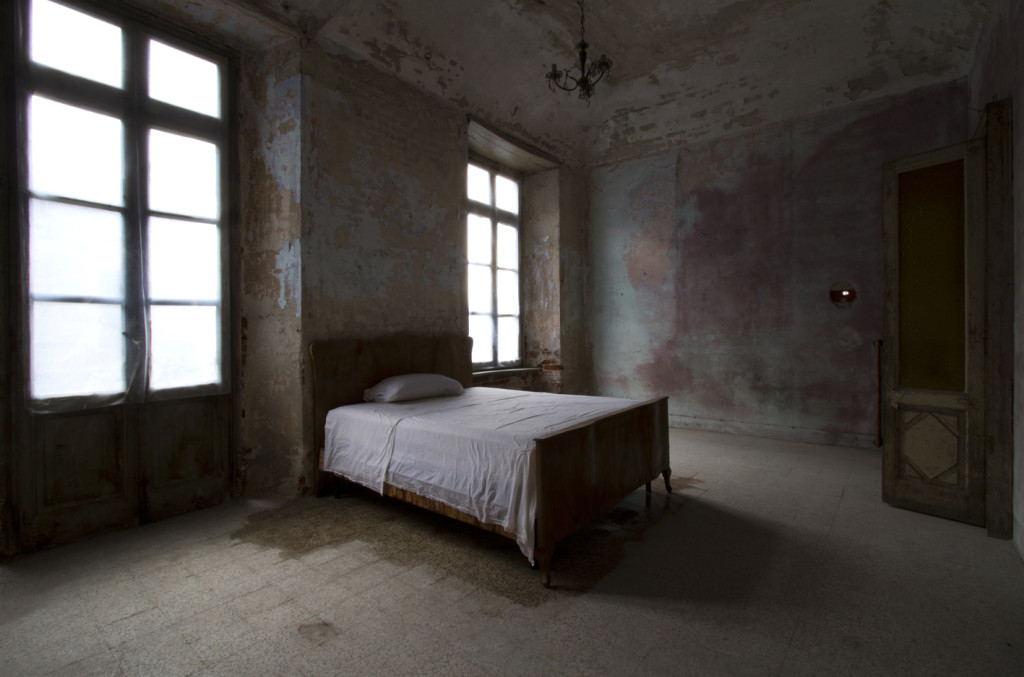 The role of artists is not defined in the present. It is an ancient role. They are the ones who take care of the soul of the citizens, according to Socrates. Theirs is an original role. It remains constant over time. What changes is the perception we have of it. If you start to say that decoration is art, you make the mistake of regarding decorators as artists and then beginning to believe that at any given time the role of the artist is to decorate. But this, I would argue, is a mistake. We need to go back to basics, always. To recognize artists in this era you have to compare them with those whom we recognize as artists based on the classical definition. Dante Alighieri was an artist, Giuseppe Verdi was an artist, Caravaggio was an artist, Carlo Levi was an artist… And this is just in a great tradition like the Italian, in which the artist has a highly visible political calling. Let us ask ourselves what role these artists had in society. But it would be a rhetorical question, because we all know very well what it was. So let us then ask a real question. Which artists today can compare to the ones I mentioned such that the comparison is not untenable? Artists are knights from an ancient order. Whether it is a warlike or monastic order makes no difference, as Agamben points out in his latest book, because both are based on the same principles. The order of artists, like that of weapons or the spirit, exists to save humans. On the other hand, Dostoevsky’s credo remains valid, in which he states that beauty is the only force capable of saving the world.

The Terna Prize, in one of its early editions, published a forecast of the state of the art world from 2010 to 2015. The results showed what the current scenario is now. Among these, there was also the fact that the crisis would have caused the dominant rules to be subverted, as well as more social involvement in art. Is this what is really happening?

Yes. It is what has happened. The crisis is the only cleanser of art, to paraphrase Marinetti. The amount of money that has been invested in recent years in art is a scandal. And I am not using that as an idiomatic expression. I mean it literally. Money is the scandal of art. It ended up mattering more than the works, more than the artists. I have seen gentlemen without culture and without passion investing money in art in the blindest and most blinkered manner and being celebrated by the system as modern versions of the great patron, Maecenas. That these gentlemen now have less money and therefore are no longer distorting the art market with it can only be a good thing. If only the crisis could last forever. I wish for each of us to be the poorer in money terms, but richer in our respect for the essence of our work and not its price (which is often the result of values removed from those of art). 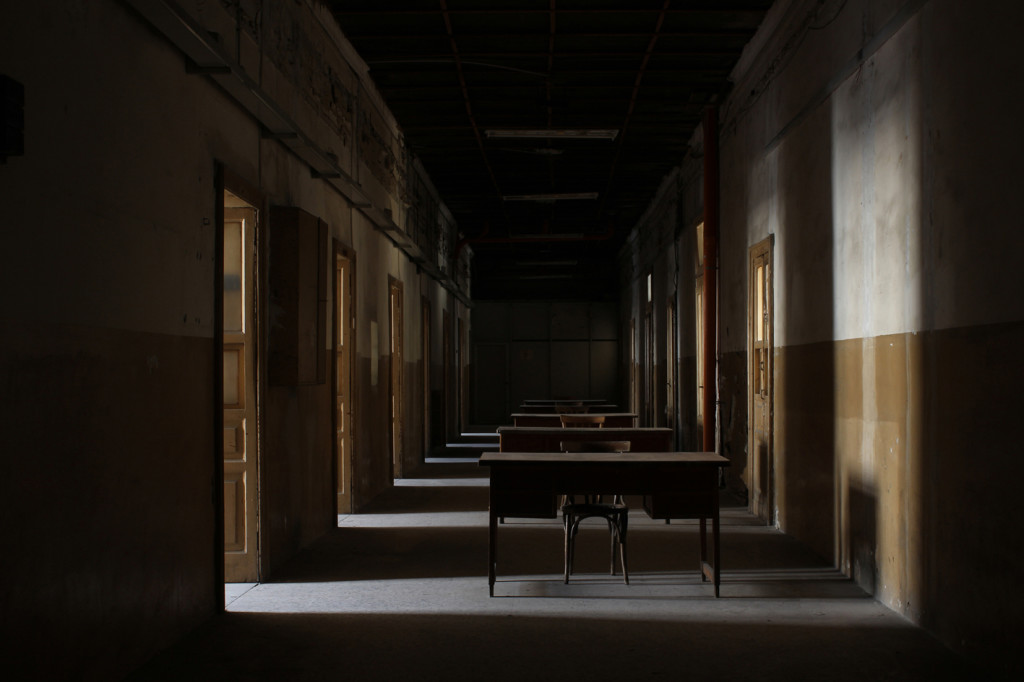 Let’s be clear. I am very critical of the system because I care about art. I do not want to destroy the system, but I want it to be healthy and not drugged. I participated in the Terna Prize and this gave me the opportunity to meet other artists, curators and to receive public recognition. For the type of work I do, I cannot help but say that I have had real opportunities as a result of this award. In fact, I won with the only photograph I had ever printed in my life.

Italy does not have a law that allows citizens to donate part of their taxes to culture. Considering that successive governments have been blind to the point that they have never understood what even the most ignorant of Italians knows, namely that culture is the real main asset of this country. I think that allowing citizens to decide directly what to invest in would be a useful step. The United States does it and that is why the opportunities for artists there are many and varied. But even countries such as the Netherlands, Switzerland or Germany, which have strong systems of public involvement in the arts, could be considered positive examples. We have neither a public management policy nor a policy that encourages the private sector. More or less we are at the level of African countries. The difference is that, thanks to our heritage, which is passed on to new generations in the form of inspirations, we are still among the best producers of culture in the world. 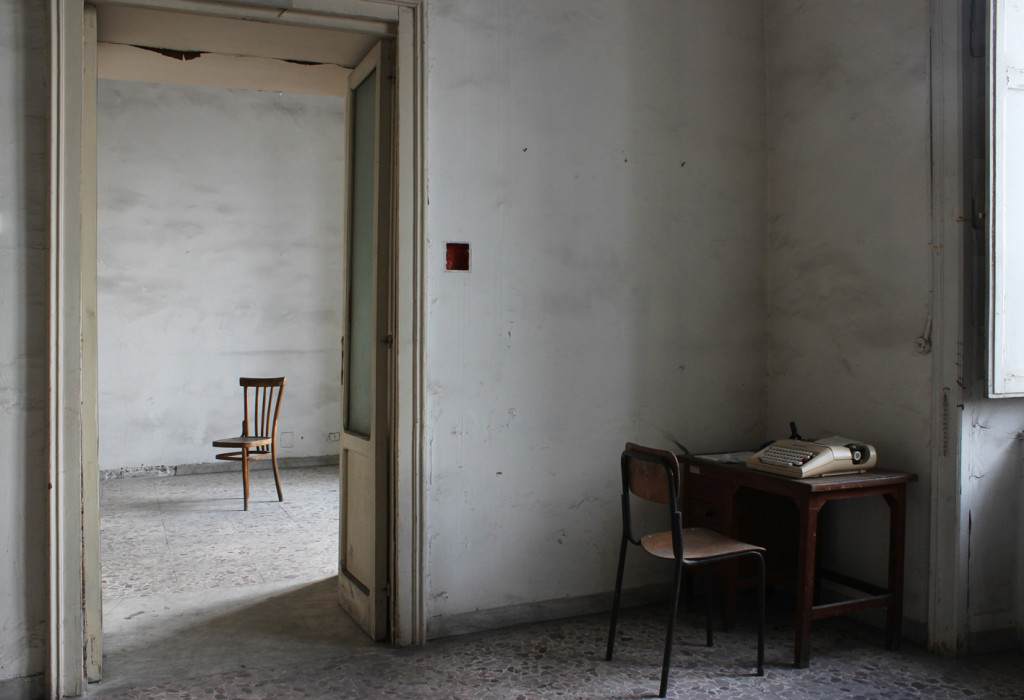 The prize is a closed event. There is a work that wins. The company pays money to acquire it. There is no dialogue. A strong company like Terna should, however, be much closer to the artists for their projects and not their finished products. If you have a promising project, Terna might be able to help to make it happen. This is the moment in which art needs support, not when the problems have been resolved, the work is over and it is only the moment for the applause. At that moment, the artist is already in a different place.

In what direction has your most recent research evolved?

Currently my work continues to maintain its main focus on the identity of the human being, however what has evolved in recent years is above all research into the contact with the public. The latest installations that I have made, in fact, contain no mediation at all. They are set up in buildings that open directly onto the street. A door opens and lets the audience enter with all its curiosity but without explaining anything, without signs, banners or even advertising. All the communication is based purely on word of mouth. The work is often highly camouflaged, so you can feel the experience without even suspecting that you have passed through a contemporary art project. However, on the other hand, beauty is not something that is framed or defined by a caption. It is an everyday experience. So what I’m trying to achieve is the point of fusion between art and reality. 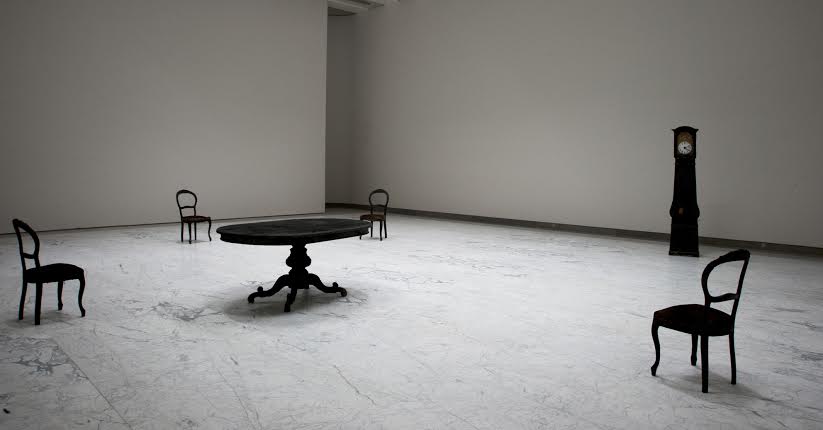 Can you tell us about any future projects and plans?

I am currently working in Naples, a city that is giving me a lot, in artistic and human terms (as if it was possible to keep the two things separated!). Here I am undertaking a very ambitious project called Sette Stagioni dello Spirito (Seven Seasons of the Spirit), along with a consortium of partners, which represents all the institutions of the city – cultural, religious and civil – and which then tries to become a kind of collective novel. With one of the works in this cycle I recently won the Talent Prize, among others. And in the meantime, Naples was also the scene of another major award, the one set up by the Supervisor’s Office in Castel Sant’Elmo, which allowed me to create a work dedicated to Antonio Gramsci and those who like him have been able to change history from inside a cell. It is a huge field of wheat in the heart of what for centuries has been a daunting fortified prison. At the end of this three-year course I think that I will fully revisit Fondamenta (Foundation), my signature project, which is divided between New York and the Mediterranean. I will be leaving the city and this will be very hard for me. But I will leave behind many materials that are what I call «archaeology», that is, the traces of a history lived together in a community, which is made up of the remains of this route, from everything that can be removed and kept as a reminder, from the design drawings for the objects that could be left in the places for which they were conceived without losing the power of their meaning and beauty. These works will first be collected in an exhibition at the Madre, and will then be taken out of the city as evidence of a phenomenon taking place in a human time, thanks to those who have decided to receive it: other museums, or foundations, or private collections. 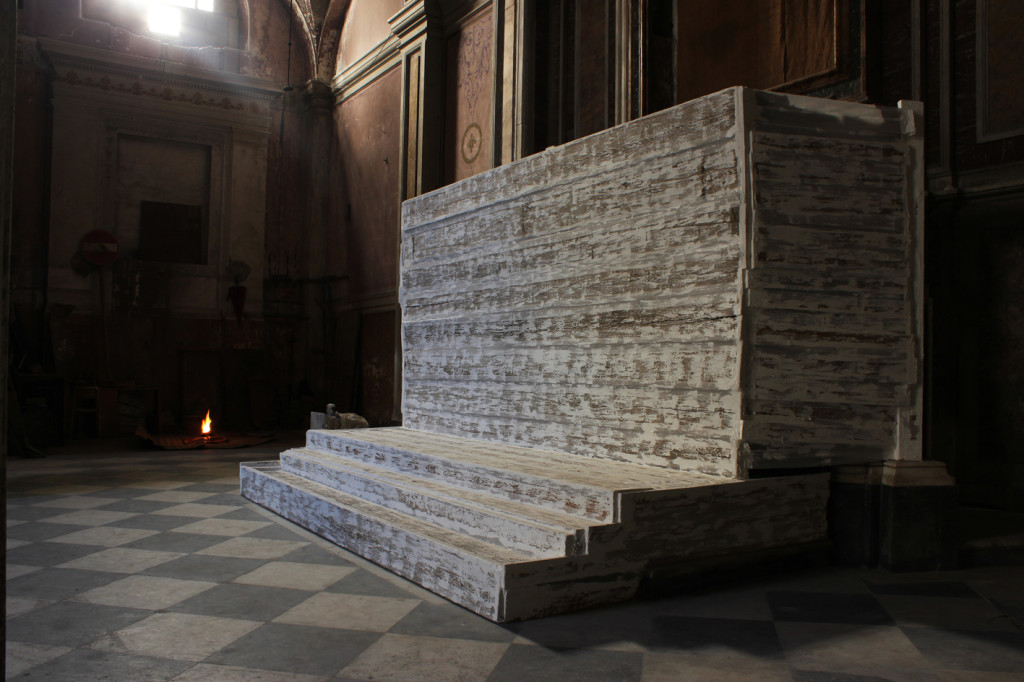