Hilario Isola and Matteo Norzi are a duo of artists from Turin, born in 1976, who have combined their common interests and different specializations since 2003 – Norzi in Architecture and Isola in Museology and History of Art – to create artistic projects, often translated into sculptures and large site-specific installations. The duo’s research focuses on the distance between man and nature, on the poetic side that reflecting on worlds can offer and on the charm created by combining two different points of view in a single approach to give form to an intuition. «We are interested in making the spectator and the work meet in the same dimension – state the two artists – , so that there is not a safety distance between them, but instead a field of tension». The aim of their work is to succeed in sparking an unexpected dialogue, also by interaction and mediation – in terms of media – between professionals from different backgrounds, such as biologists, architects, historians, musicians etc. Through their sculptures, installations performances and lectures, Isola and Norzi pursue the challenge of trying to make the context – a predominant feature of every artistic project – a place for viewing and experimenting. Although the two artists continue to pursue their research work together, recently they have also been engaged in individual projects: Matteo Norzi in the field of cinema, and Hilario Isola in the artistic field.

There are many national and international institutions that have hosted their works, including the Giorgio and Isa de Chirico Foundation (Rome, 2013), GAM (Turin, 2012), Museion (Bolzano, 2012 / 2011), Italian Embassy (Berlin, 2012), NuMu Nuevo Museo de Arte Contemporaneo (City of Guatemala, 2012), Museum of Natural Science (Turin, 2012), Castle of Rivoli (Turin, 2011), Musée National Monaco (Monaco, 2011), Bevilacqua La Masa Foundation (Venice, 2010), New York Aquarium on Coney Island (New York, 2010), David Roberts Art Foundation (London, 2010), Queen’s Nail Project (San Francisco, 2009), Exhibition 211 (New York, 2009), ISCP (Brooklyn, 2009), Museum der Dinge (Berlin, 2008), Urban Planning Exhibition Center (Shanghai, 2008) China National Academy of Painting (Beijing, 2008). As well as the Terna Prize, in 2009 they also won the Movin’ Up Award, while in 2008 they were awarded the Talent Prize and the Cairo Award, and in 2010 the New York Art in General award. They have participated in many artist residencies, from the first ones in the Spinola Banna Foundation in Biella, to the LMCC Workspace Residency Program 20° New York, and the residency in Sausalito, California.

IsolaNorzi-Fall, one of the works that won the Terna Prize 02 in the Connectivity category, is the still of a self-generative work. With no beginning and no end. It is a work based on fragility, life and its decline. «The idea is to go beyond reflections on the human being and nature, on transitivity and circularity and express a sense of inevitability. The forced Autumn of this evergreen plant is like being thrown out of the garden of Eden (Isola and Norzi)». Hilario Isola spoke to us, telling us about the projects completed as a duo and also about the individual course he is currently pursuing. 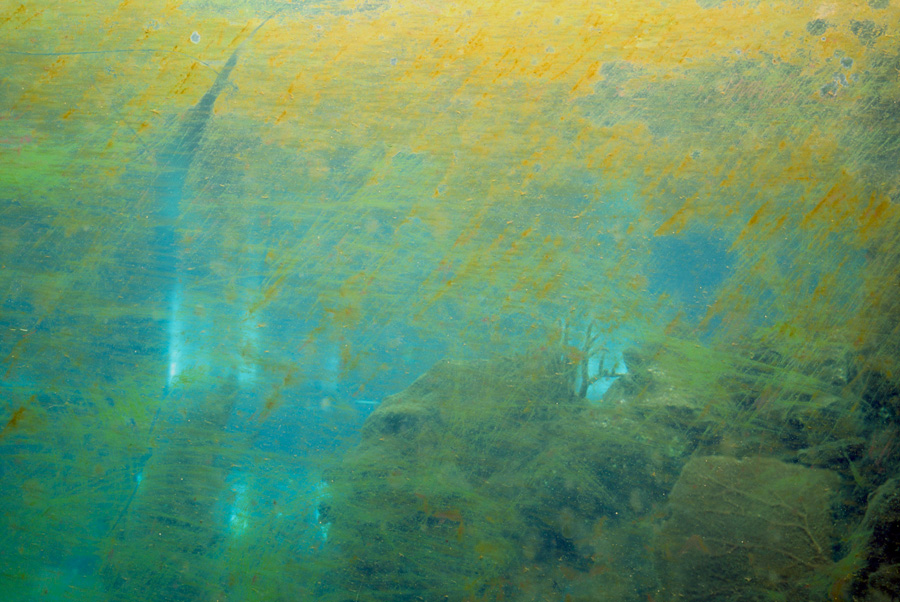 What is the current situation of art in Italy? What role does an artist play in the current art system and in society?

It seems to me that in general, the state of art in Italy, if we’re taking about the «art system», from information to support for the artists, is in a very bad condition. It is difficult to establish what role an artist should play in the current system of art and society. However, I think I can say that at the moment our role is very much in the shadows, unfocused compared with others, such as, for example, that of the gallery owner, the curator or the collector. The figure of the artist is disappearing behind the machine of communication, events, economy, curatorial mechanisms and the market. The artist must regain a role of greater independence in his relations with all these dynamics and assume a more specific, visible role.

I must say that I am not very interested in political and social art, because I always find it very far removed and demagogic, often even vintage, in the sense that it is out of date, not very well-founded. As far as I am concerned, the public interests me within the limits of the game of empathy and interference with the spectator’s gaze that the works aim to establish. 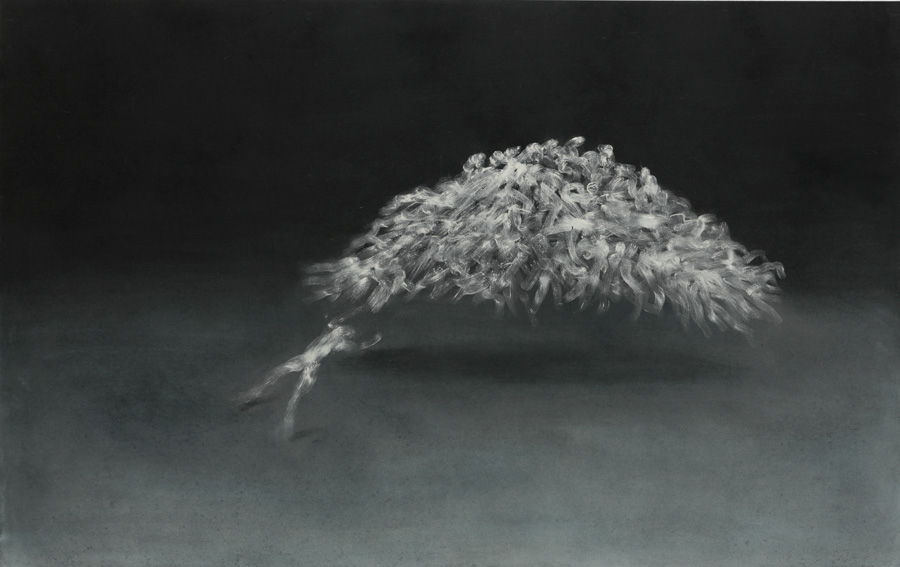 Yes, I remember it well. We were working on the piece which we then entered in the Award.

Currently Matteo and I are working individually and at the same time, we are also working jointly on several research projects. As far as my own work is concerned, my most recent research has concerned the theme of landscape, but I am not interested in landscape as the relationship between the natural and the artificial but more in its interior dimension. I’m working on a series of drawings and sculptures, pieces designed to probe the various aspects of the landscape of my personal unconsciousness. The large drawings are actual visions of the work linked to the aspects of light, nocturnal landscapes and the illumination of areas of unconsciousness. 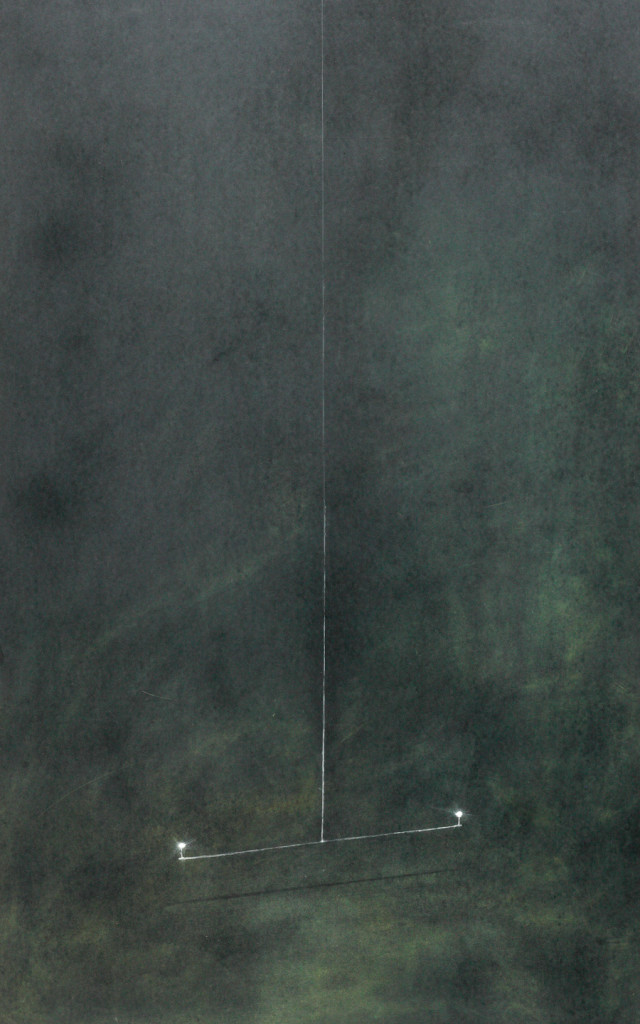 Your studies and experience meet in a work that produces and reflects on the techniques and space that you have also extended to the underwater world. How should museums be adapting, in terms of bureaucracy, but also in terms of space, to host contemporary works of art that are becoming increasingly hybrid in form and technique?

This is something I have always focused on in my studies, from the very beginning. I graduated in museology with a thesis on the perspectives of space in relation to the new dimensions of exhibitions. My thesis aimed to develop the figure of several artists who were protagonists in this idea of changing the space and to understand the consequences of their work on a critical and institutional level, that is, the impact that they had on the potential extension of the space and the exhibition itself. The land artists would be an example of these. It is a study that I have continued to work on, both for its didactic and literary value and its artistic worth, incorporating it within my work.

Let me give you an example: a work that I exhibited at the Fondazione Sandretto, Coltivazioni di paesaggio, is an ancient print from the late 19th century that I moved around different locations for seven years, all of which presented extremely damp conditions that favored the proliferation of mold. The print is a pastoral landscape, English, very toned down and conventional. The idea is to create a landscape that is alive: various colonies of mold take hold in these spaces. The print is therefore becoming covered in different layers of colored mold, which interact with the landscape underneath. The idea was not only to display, but also to communicate areas that are not easily accessible, which come very close to our inner sphere. I am sure that within each one of us, in our unconsciousness, in our mind, there are areas which are very similar, and which we don’t visit very often. My project aimed to probe these areas, help the public to move towards them, to see them as closer at hand, as reflections of ourselves. I am also working on a psychological displacement. I work on exhibitions that have been set up in different areas, in galleries, but also in unknown spaces, to understand how works develop under different conditions.

At this time, I am particularly interested in the underground world, which is related to this idea of digging, researching. Perhaps one of the most positive things about the contemporary art system, on an international level, is that it is truly managing to open up and not become institutionalized. Yes, it’s true, huge cathedrals are being built by starchitects, incredible museums, mausoleums. However, parallel to these, events such as Documenta and various other exhibitions are increasingly paying attention to the attempt to win a vision of art within new contexts.

The research I am pursuing with Matteo still focuses strongly on new ways of extending how the work is received compared with its spatial characteristics. We have worked on many projects together whereby we first identified the space and then created a site-specific work. For example, in the underwater project, we wanted to express ideas that involved water, and the perfect place to do so was not the traditional museum, but the aquarium. We have tried to work in a site-specific manner in areas that echoed our ideas. Currently, in my work, I am taking this aspect of our research to the extreme: I am not as interested in creating site-specific works as I am in being influenced by the site itself, allowing the site to sweep through me.

In my view, Coltivazione di paesaggio is interesting because it means making an out-of-the-ordinary place into your workshop, creating color. This landscape has blacks, yellows, greens and each color, each colony of mold, corresponds to a place. Places that look as if they were open pots of paint, or places where one might find the pieces of the painting. In my opinion, in a certain sense, it’s an example of land art. I’ve been working on this piece for seven years, moving it from one place to the next and it has become a sort of companion for me. 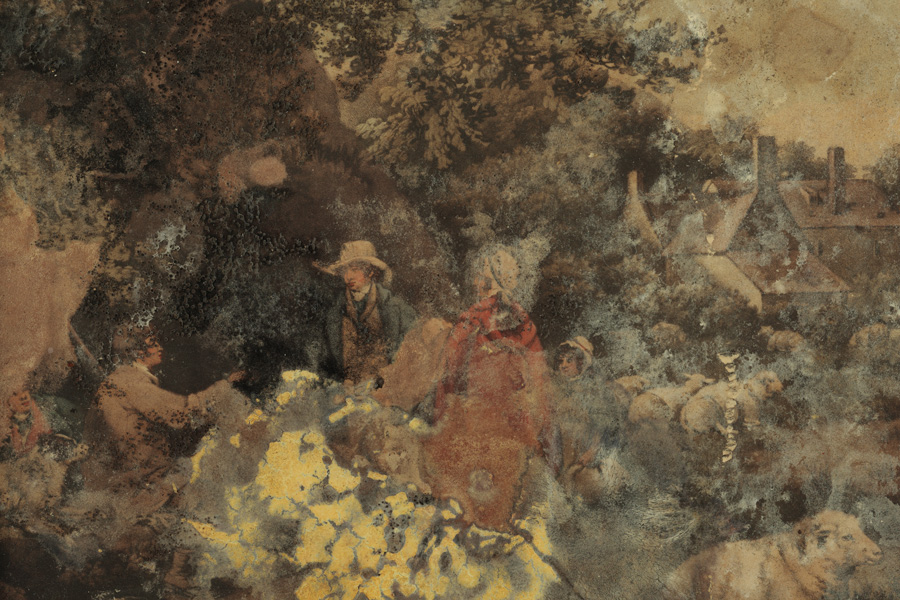 The Terna Prize undoubtedly offers the artists who are chosen as winners a good level of visibility and in some way allows them to enter a dimension based on international cultural exchange.

It would take too long for me to talk about this, so I’d prefer not to answer, as I’d have to limit myself to saying the same old things. What Italy is definitely lacking is support for artistic research and the production of our artists, important aspects that help their works, and art as a whole, to reach a competitive level on the international scene.

There are lots of awards in Italy now, indeed too many. In this country, the awards on offer outnumber the real forms of support provided for artistic production, which is the real problem of artists today.

I have won many residencies that were prestigious and certainly useful, but mostly abroad. As far as residencies are concerned, it would be good to have funding that allows us to generate research. We urgently need these Prizes to transform themselves into elements which focus less on praising the artist and more on making his job easier. The element that is missing is the production of art, which is like oxygen for the artist. All our gallery owners are out of funds, and so are the museums. In my opinion, companies like Terna should spend less money celebrating the notoriety of the artist and the Prize itself and invest more in sponsoring and sustaining the production and exhibition of projects that they have funded. 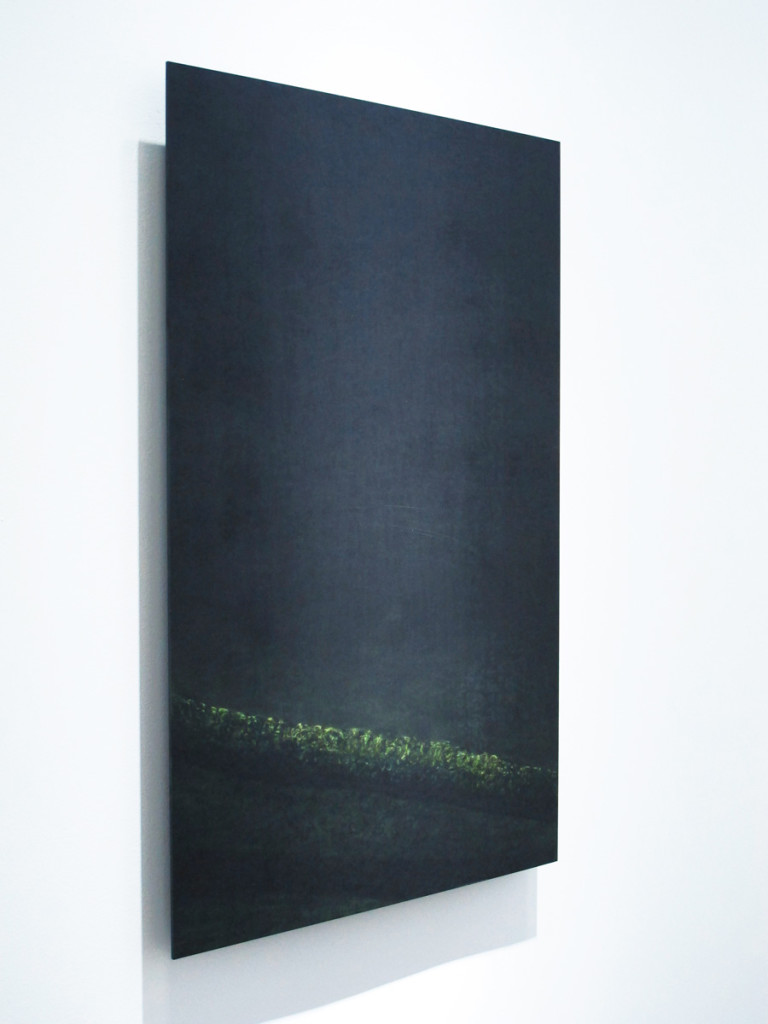