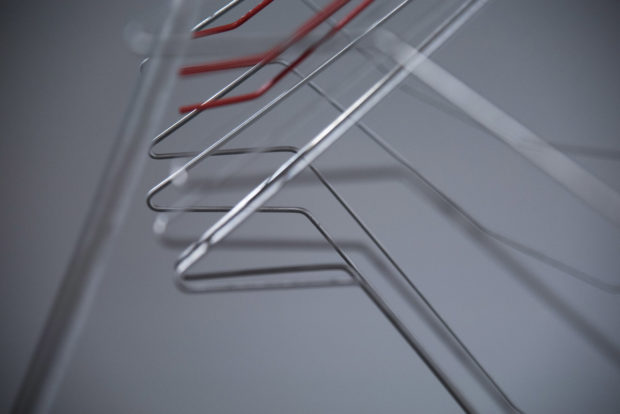 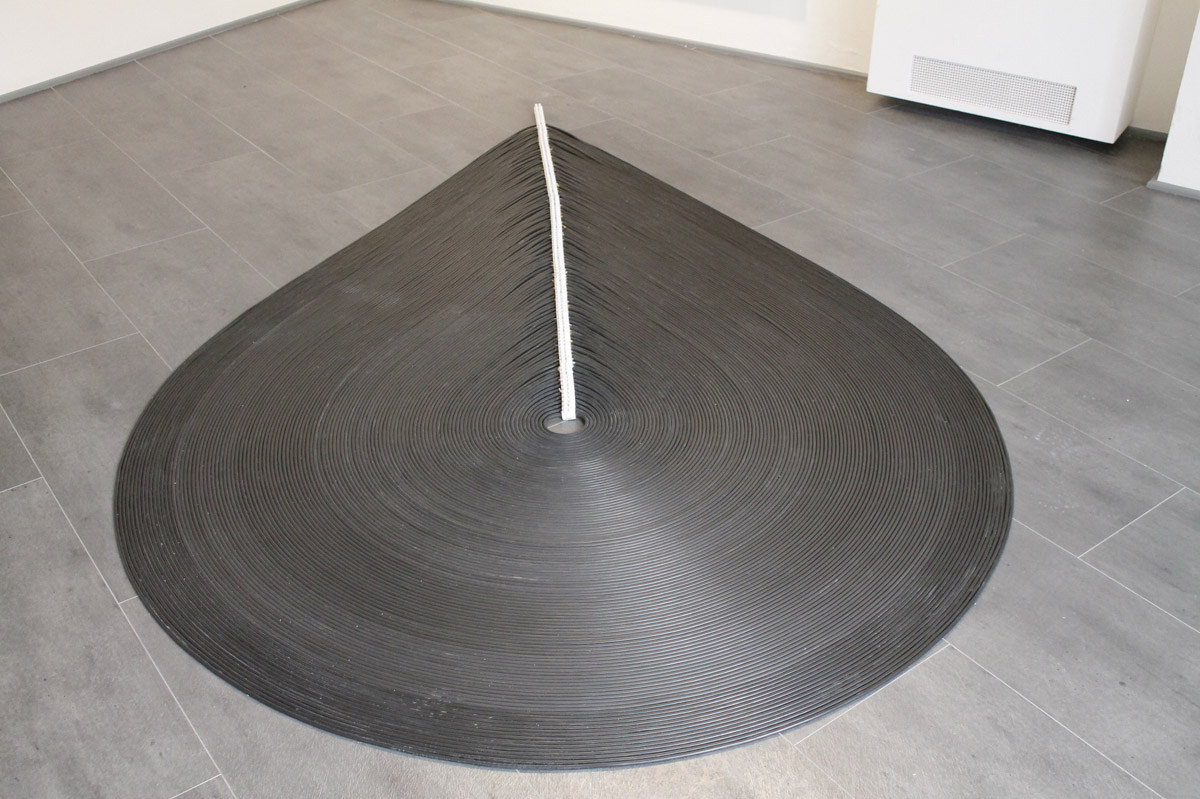 Inserted within a body of work that concerns itself with lines of force and lines of subjectification – processes and products of subjectivity “within a social apparatus [dispositif]” (Deleuze), the discourse proposed by Alessandro Brighetti (Bologna, 1977) extends the concept of sculpture to a series of concrete variables, malleable tangles, multilinear complexes aberrant in nature and with aberrant alteration or direction. 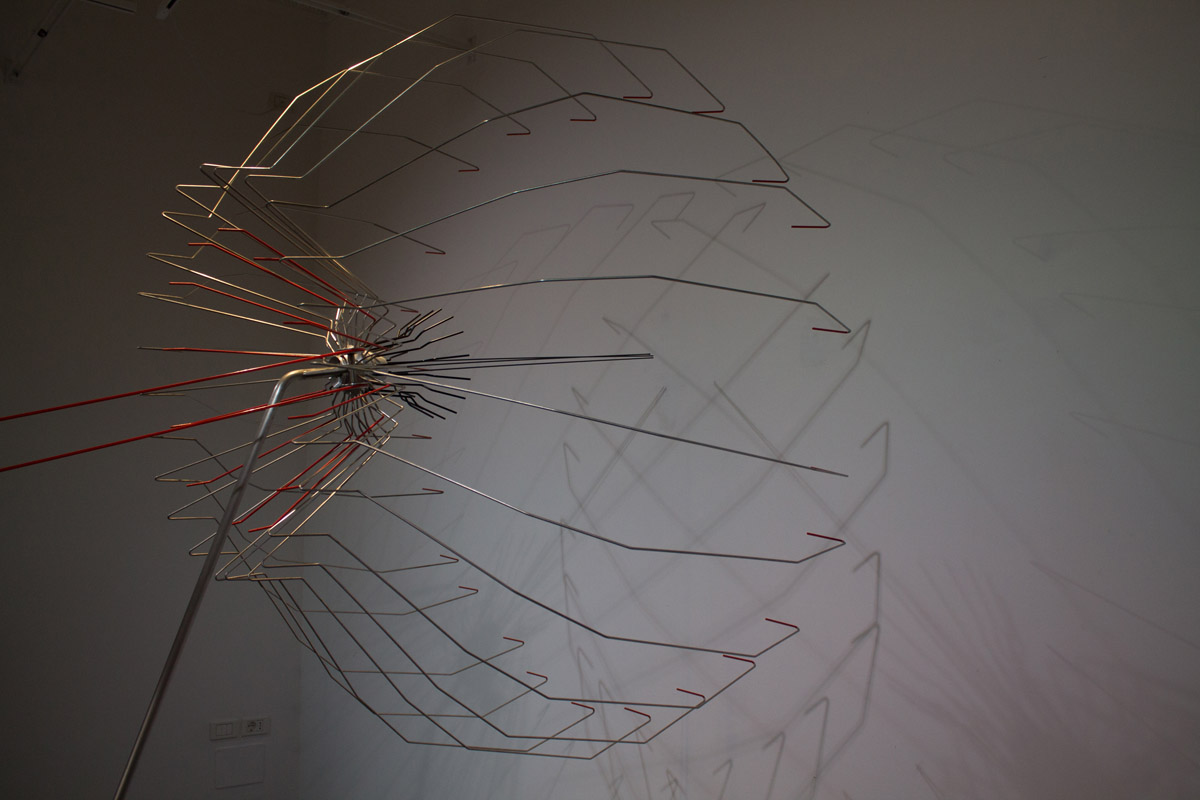 In the rooms of GABA.MC – Galleria dell’Accademia di Belle Arti di Macerata – Brighetti proceeds by way of “crises” or “shocks” to present De Rerum Sculptūra, a landscape made of visual adjustments or nostalgic regrets, of contraptions that combine electronic processes and industrial objects to breathe life into post-organic structures, futurological images, aesthetic schemes in which the rapports and relationships between art, nature, science, biology, chemistry, technology and alchemy converge. 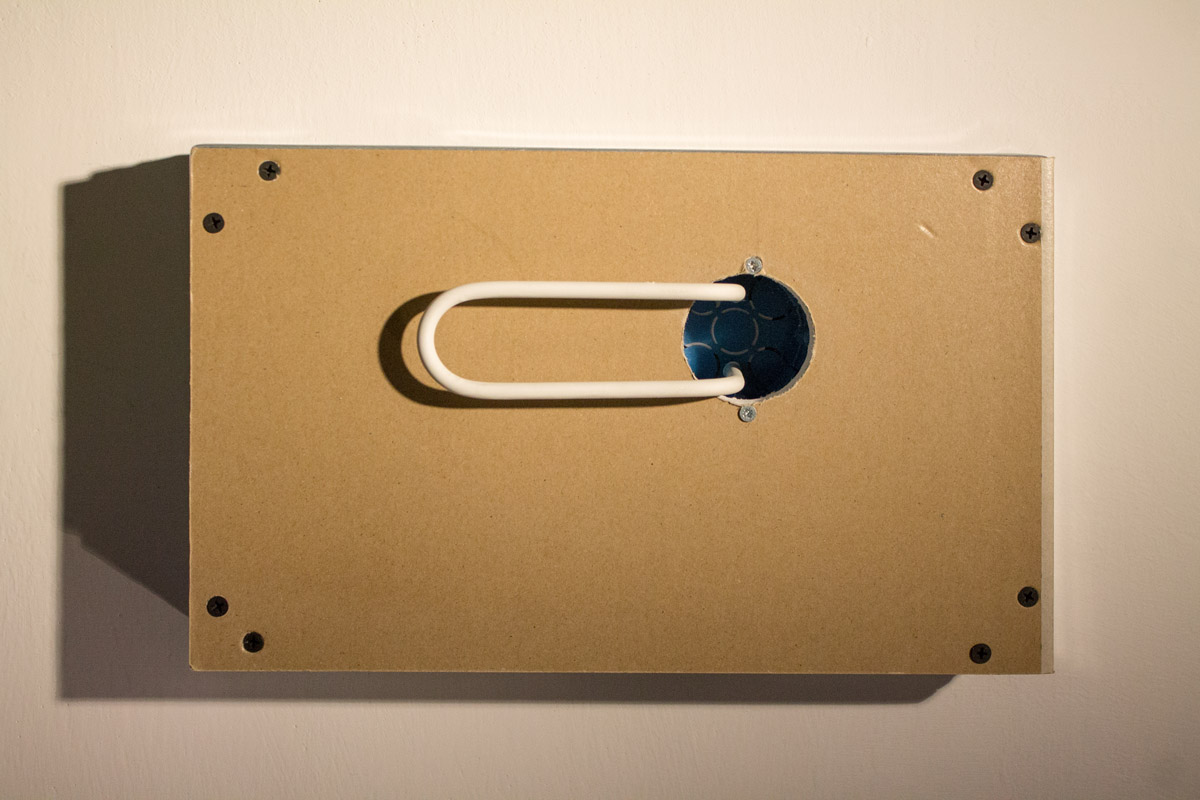 Fed by a chaotic and multidisciplinary sensibility, Brighetti’s approach focuses on unconnected chunks of time, on renewable forms of energy and on linguistic self-sufficiencies which connect the ethical to the aesthetic, the political to the pathic. “My research”, the artist affirms, “addresses available and unconventional energies, at the very least energies which do not envisage the production of electricity; purer, more universal energies”. 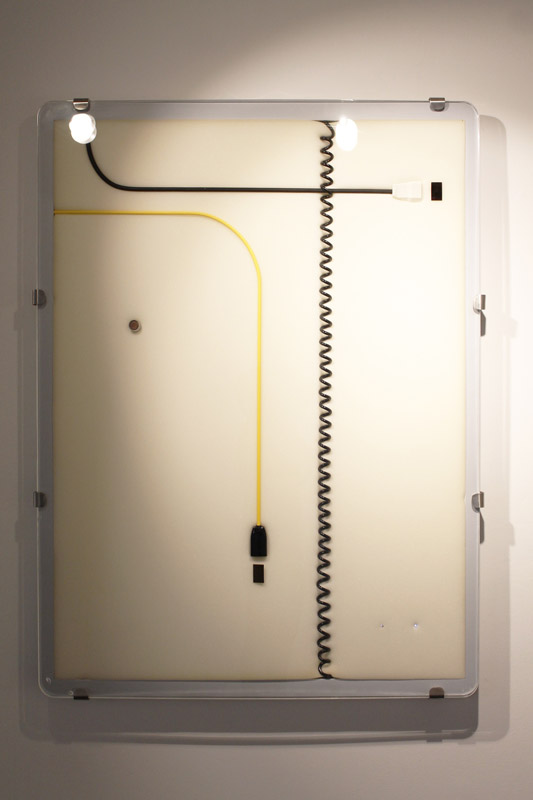 From ferrofluid to self-induction, from gravitational elasticity to kineticism programmed by means of renewable energies, until 5th April 2017 Brighetti draws a supple horizon which interweaves art and science, the artificial and the natural, to create bodies, mechanisms, neo-antique organisms that mimic “plant architectures and contextual organic dynamics”. His pieces are closed and complex circuits where electric conduction is replaced by a mental state, a psychic evolution which reinvents the route of electricity by transferring a creative and tautological autonomy to the object. 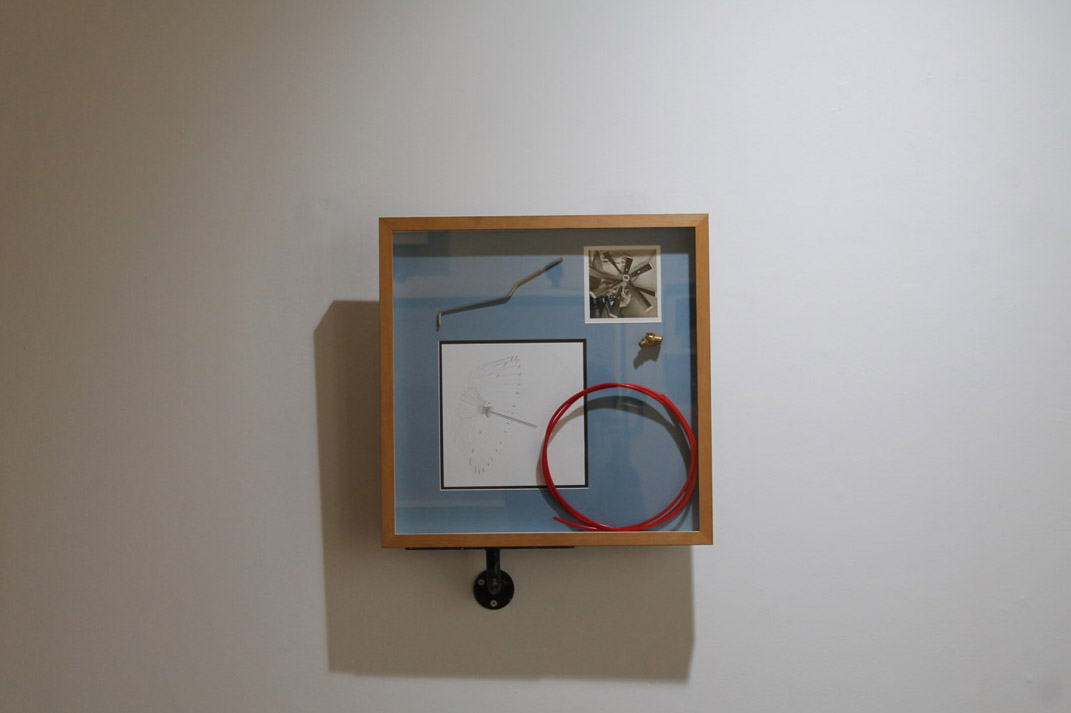 As if almost to limit and circumscribe complex systems, the artist prearranges explosions, sets off aesthetic conflicts where the forces employed display the chain of variables which bite and tear at each other in order to exceed the limits of art, to subsume political or scientific discourse, to work and rework, to trace and intertwine words and things. 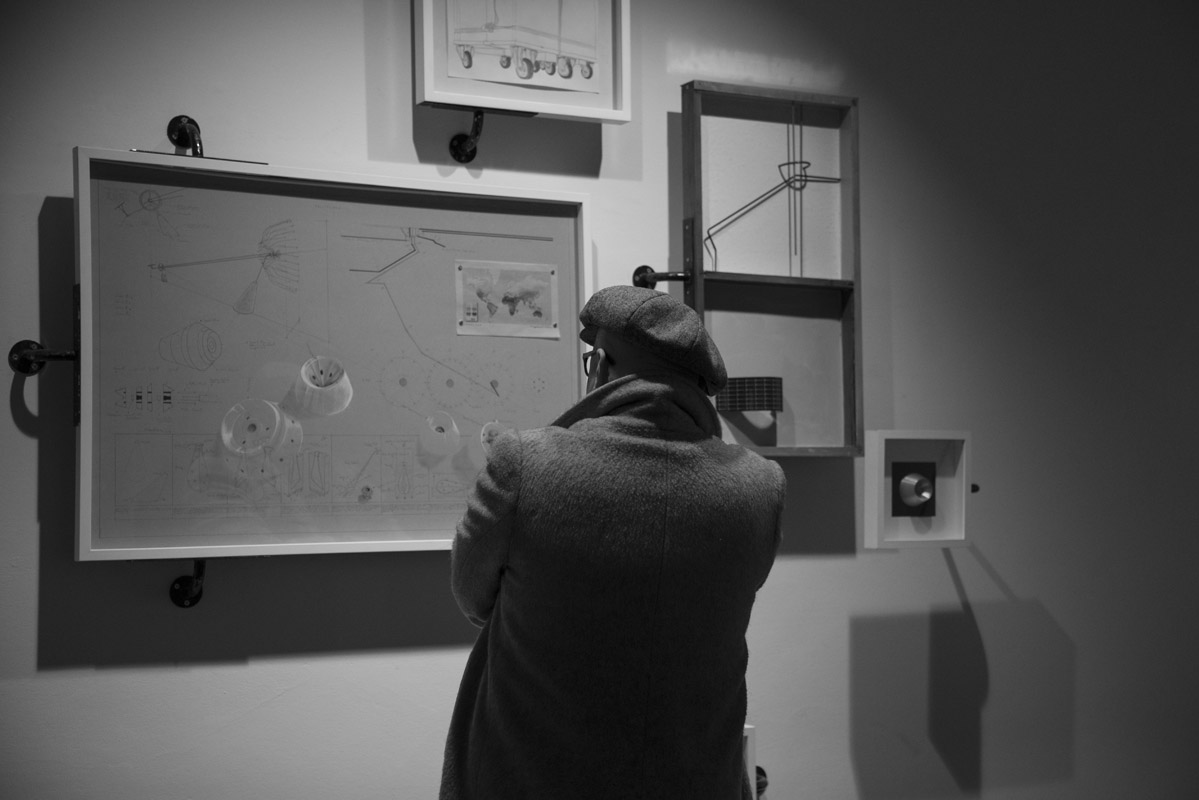 In each of his works it is possible to detect a multitude of emerging flows; in every structure an echo that measures its own distance with the viewer; in every sculpture the continuation of his investigation – ongoing for two years – of the electric cable, the interface that rotates on itself and feeds on its own uroboric nature; of a kineticism which explores energy self-sufficiency, of which Passiflora (2015) is the progenitor, the mother of new forms still to be created.