Marco Belfiore was born in Rovereto in 1971. He currently lives and works in Milan. His artistic development features a continuous focus on life’s contradictory aspects, on our concealed day-to-day beliefs that he adores highlighting – with a tragicomic approach – with an irony that lacks any form of political correctness. Recently his work has increasingly pivoted around an attempt to redefine the beliefs, characters and locations that have forcefully become part of the collective imagery; in order to achieve this he re-elaborates the nature and history of famous cultural icons, thus generating an unprecedented and provocative output. «By working with icons and associated imagery, I am able to stimulate the subjectivity of all those who identify themselves in such icons: it’s as if I trigger a series of mirror effects, it’s almost like performing magic but it is also a challenge since icons often overcome you; there are several times during which I feel as if I am able to skim that which is unreachable.» His work has been on display in several national and international galleries and institutions in Italy and abroad. These include: PAC Contemporary Art Pavilion (Milan, 2014); Monica De Cardenas Gallery (Zuoz, 2014); Flacon Design Zavod (Moscow, 2013) Peep-Hole (Milan, 2012), Chelsea Project Space (London, 2010); Objectif Exhibitions (Antwerp, 2010); CAC (Vilnius, 2010),Fondazione Bevilacqua La Masa (Venice, 2008); Italian Cultural Institute (Madrid, 2009); Accademia Albertina (Turin, 2008); Le Case D’Arte Gallery (Milan, 2007) and Gertrude Art Spaces (Melbourne, 2006). In 2010 he took part in the «Cover project», promoted by the Fondazione Nicola Trussardi in Milan.  In 2013 Belfiore won the fourth edition of the Terna Prize.

Clown White, a work that came first in the Terna Prize 04 (Megawatt category), is a video editing that includes several interviews with famous people downloaded from Youtube. The frames have been edited by the artist who has dressed the interviewees up as clowns and has included a sound recording consisting of a crescendo of circus music, laughter, clapping and catcalls. From a technical perspective the result is a combination of stop motion animation and retro vintage films. «Outwith the circus metaphors and clichés, one is faced with an area that every artist must relate to: a space that is packed with bulky characters who have heavily influenced our culture. In Clown White, everything that counts is included in a secret language of sound, in the vibrations of color and in the enticing rhythm of images. Words, concepts are only a white noise» (Belfiore). 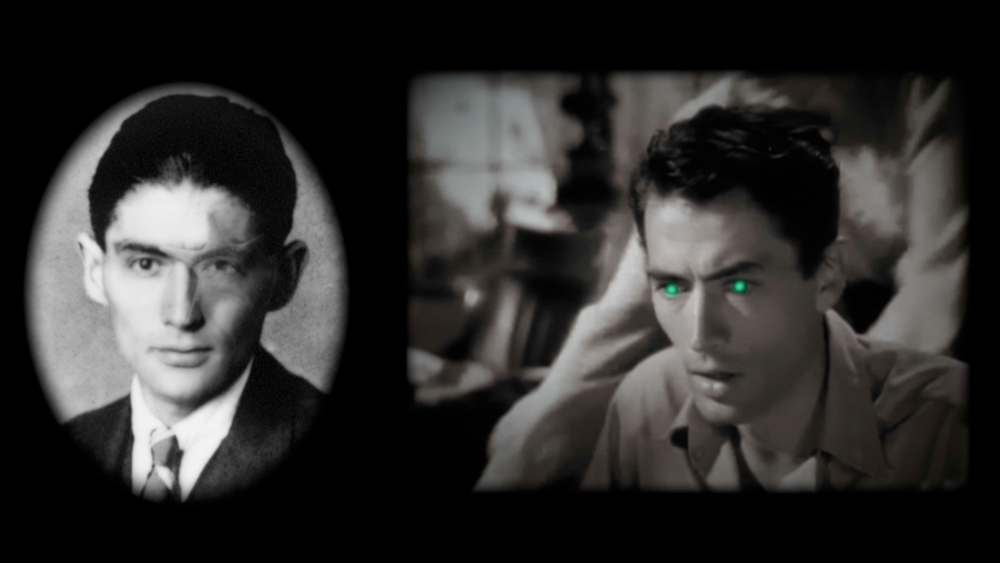 What is the artistic situation in Italy today? What role does an artist have in the current art system and society?

I don’t believe that art has a status per se in Italy chiefly due to the fact that our «artistic panorama» is full of diversity and individualism; in Italy the cultural and geographic environment is extremely multi-faced and potentially has unlimited resources; the main problem is that in a context of this kind it is very difficult to unite artists on a national level. The role of an artist never changes: to recycle, reinvent, question, anticipate, provoke, make people think and so on.

Today many Italians either live and work abroad or they live in Italy but travel a lot and thus are actively mixing with different realities. I really hope that this has positive and real effects on our country and the sooner the better. Over recent years several «alternative» artistic realities are developing throughout Italy. I find it encouraging that many artists are organizing themselves independently and attempting to come together by «devising» exhibitions/locations/events. A crisis is also an opportunity for change, it is unlikely that those who are unable to change during the course of a major crisis ever will. 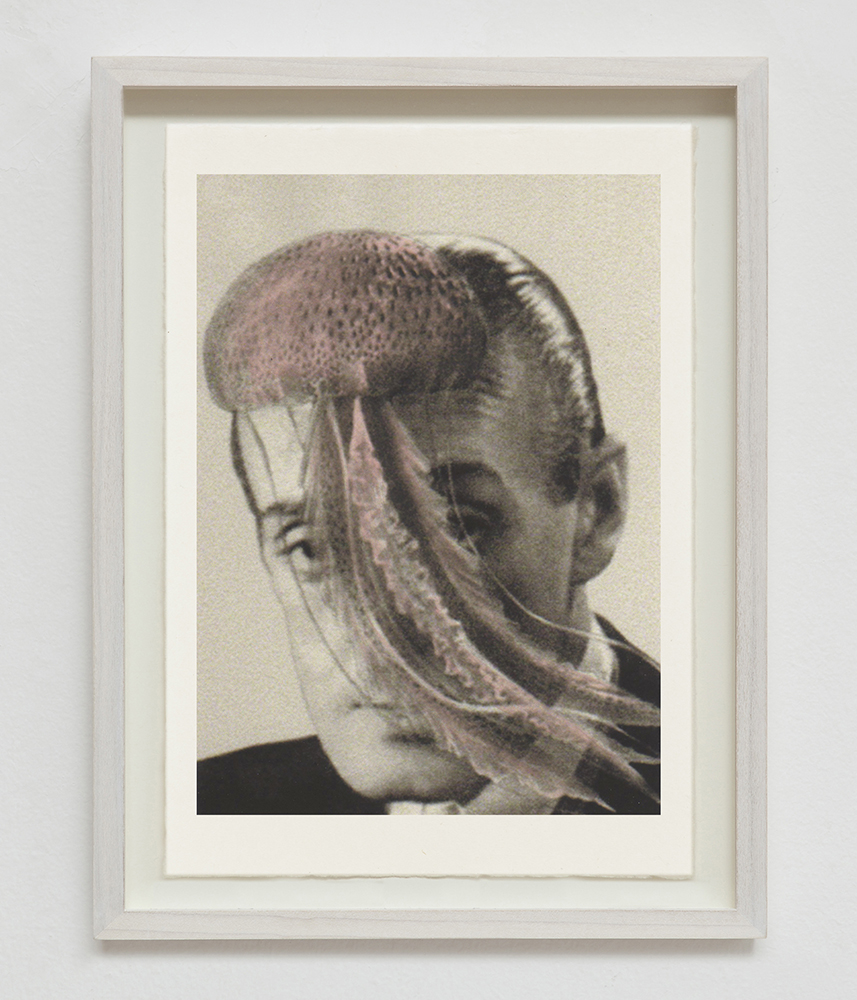 During that period I was working on the series Scherzi della natura [Nature’s Tricks], a series of works created with water colors and tempera on cotton paper. The pictorial style I used for the series was highly illustrative; since the main characters were exotic hybridized birds that had been cross-bred with one another (toucan, flamingo and parrot), I thought that a realistic depiction would confer a certain scientific allure to these «monsters». Through this series I came to understand that many people view, parrots, toucans and flamingos as the same bird; but this common «mistake» I believe is not due to ignorance but to the stereotypical idea we have on objects that come from distant places: we expect an exotic animal to have color and eccentricity, this is the stereotype, it is highly likely that we could quite easily find ourselves in front of a picture of a parrot with a very long orange beak and think it is a toucan; it’s a bit like when you see something from the corner of your eye, your brain compensates in its own fashion that which the eye can’t see but you thought you saw. 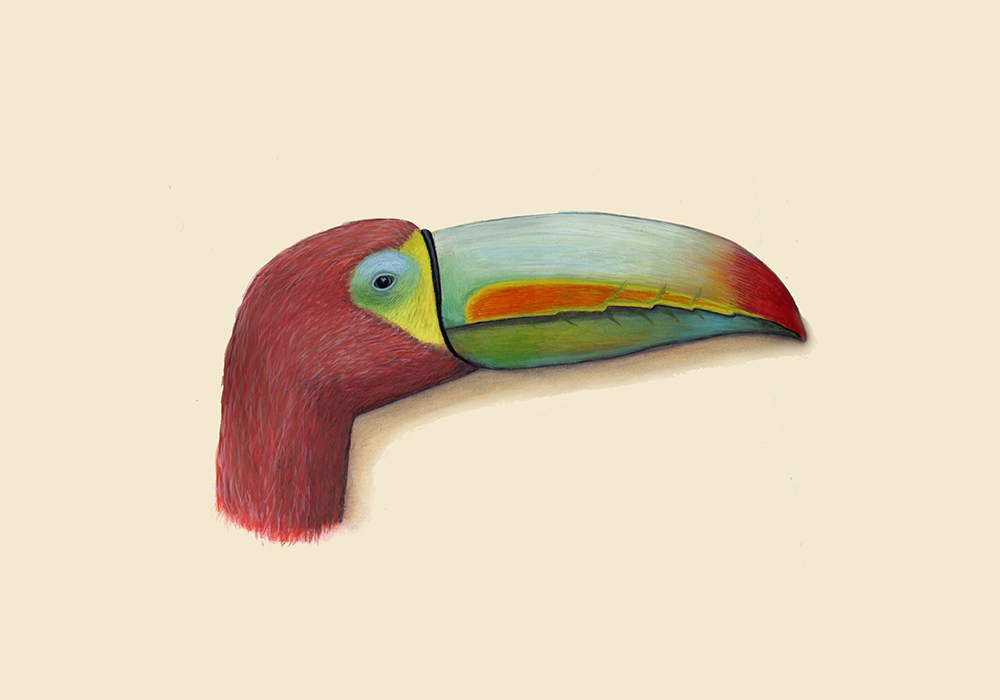 In what direction has your most recent research developed? Can you tell us something on your future projects and plans?

Initially my research was slightly obsessed with the tragicomic aspects of our day-to-day lives, life’s banalities, the irony of fate: I took great pleasure in – and still do – agreeing with certain personal tastes in order to come up with a joke, a pun and discredit common beliefs, stereotypes and study their underlying mechanisms. In my first works my ironical and voyeuristic view on the world was by far the main feature; I would spy and capture the most diverse situations and re-elaborate them under alienated and provocative forms. My work current work is more structured, there is less irony but formally they are more complex: today I prefer to set up «small fictitious theaters», narrate stories using iconic characters/situations that when inserted into specific contexts can result in unexpected meanings. Sometimes I create animations using my drawings as a starting point, or I use material from the internet and mix it with something else: I use any expressive technique, I do not force myself to comply with any formal or linguistic barriers and I am not afraid of making mistakes; I thoroughly enjoy works containing great detail and food for thought that attempt to establish connections between normal events/characters to events/characters that are rooted in the collective imagery.

You express your work using a great variety of techniques, including video and animation. What’s your relation on issues relating to conservation?

Well in addition to all the traditional artistic techniques I am also extremely interested in technology, so for example in terms of video and animation I like to follow the latest developments in order to understand how to store/convert/improve my files efficiently without losing any data or information. 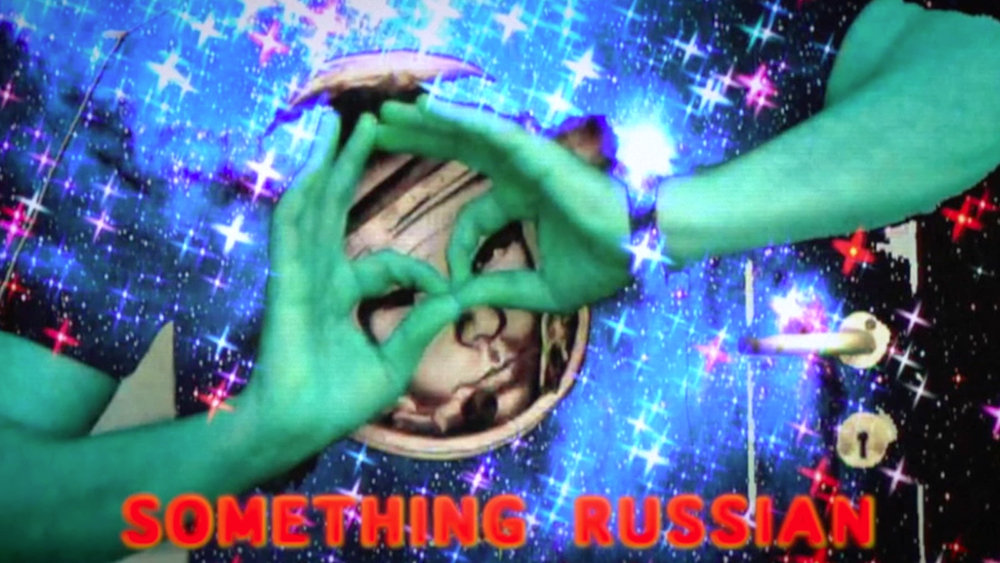 Could you tell us about your residency in Moscow?

It was a fantastic and unique life experience. I adored Moscow from the very moment I set foot in the city. I though the city was full of energy and ideas, but also quite complex and difficult. I believe that every day in Moscow people are discovering the things we take for granted, so I could feel an enormous energy within the people and the city, an energy that appeared monumental because after all Moscow is monumental in every sense. As soon as I set foot there I felt as if I’d landed on another planet. The fact that there were very few artistic and other connections with the realities I was accustomed with really set me aside; I felt alone to start with, but then it was this very sense of loss that stimulated me enormously. I experienced three years of perfect symbiosis with my camcorder. While I wondered around I captured thousands of pictures. During that period I hardly slept and I spoke with almost anyone I encountered. I was not willing to waste one single second of that experience. I am currently working on several projects and particularly on several works that are inspired by my experience in Moscow, actually I have been working on these projects for over a year now and yet I still haven’t closed this cycle because I am tracing new and curious parallelisms between life in Moscow and other aspects that are quite Italian. The series is called Something Russian, I’ve also started a blog – cosmicbombero.tumblr.com – to collect all the images and videos that relate to this Russian work in progress.

Italy really needs to invest a lot more in culture and research. I think it is a miracle that there are so many people that – despite the extremely unfavorable situation – strive to improve the overall situation. We are lacking Museums of Contemporary Art, art collections that could work towards spreading and structuring an artistic environment that would raise awareness about us and the work we do. I believe that engaging in culture in Italy is an authentic mission (sometimes the first word that comes to mind is illusion), we really need to support and really get to know the people who focus on this task. I know many people who refuse to flee from Italy and attempt to change the situation without any form of support, I am sure that many Italians work hard and well, but when a Nation abandons them, I think, it means it has no intention of improving its condition. 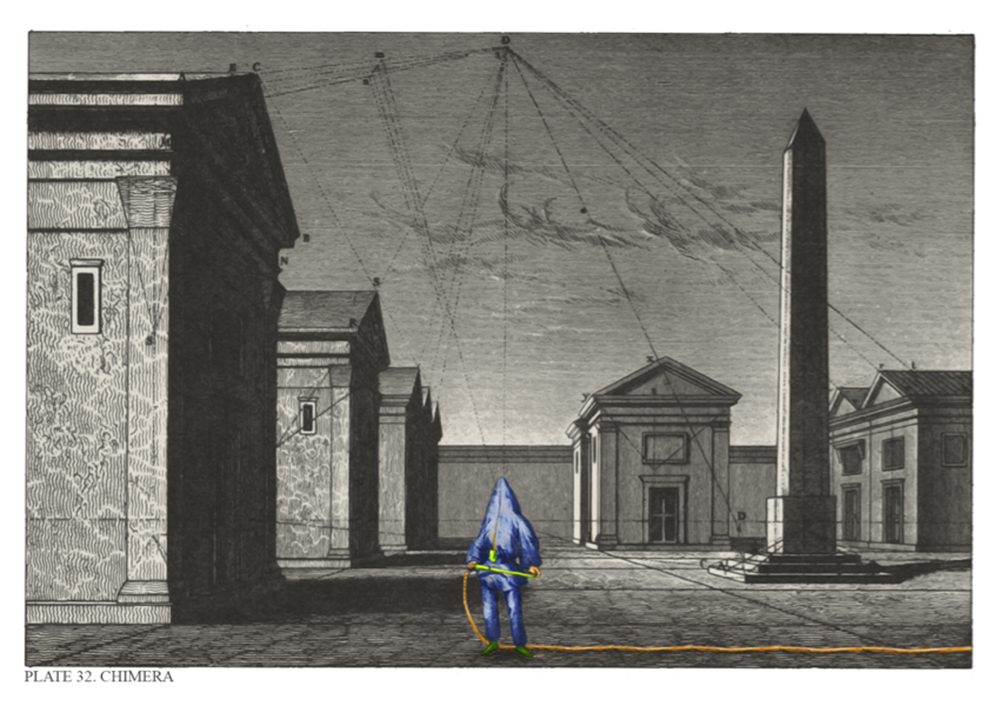 The Terna Prize definitely represents an important Italian Prize. Although on an international level I believe that Italian awards are not highly considered: an artist or an international award requires an underlying solid system, a network of connections that works. That said, the Terna Prize really was a breath of fresh air for me.

Terna is a company that focuses on transferring energy to the Country. By committing to the Terna Prize our company focuses on transferring energy to art and culture and creating a network to support and develop talent. Do you think that the Terna Prize formula is still relevant for the promotion of art? Do you have any suggestions to make for the next edition?

All major companies should invest in culture. Terna does precisely this and must be acknowledged for its commitment, I really hope other companies follow the example they have set. I really appreciate the fact that anyone can take part in the Terna Prize and that it is a free competition and, as I mentioned earlier, my residency in Moscow proved to be an unforgettable experience; however a residency should be followed with something else otherwise it would merely represent some sort of a vacation. My view is that the purpose of any residency should be to offer worthy and determined artists with a concrete opportunity to meet art curators and professional gallery owners from other countries, this is also why I believe that three months are not enough to intercept and establish professional contacts. 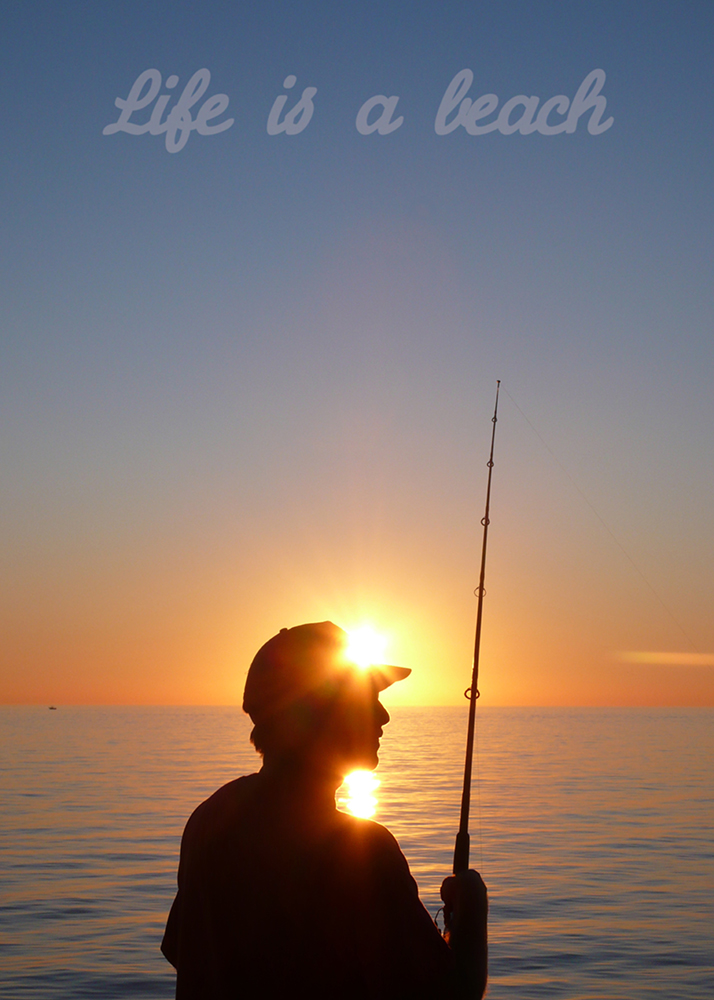