Michele Manzini was born in Verona in 1967; this is where he currently lives and works. For many years his research has focused on the concept of landscape, by contrasting the idea of harmony with the creation of figures that are capable of suggesting instability and conflict as unresolved elements. «I create figures – said Manzini – A figure is an attempted shape that I then contrast with the appeal of images that, although loaded with truth, shine and then disappear without becoming knowledge. My figures incorporate polemos, i.e. they incorporate instability, conflict and alterity without dissolving it, without finding a remedy for it» (M.M., Verona 2008). His work has been on display at several national and international fairs and exhibition spaces including the Triennale Design Museum (Milan, 2014), Palazzo Bembo (Venice, a side event of the Art Biennial 2013), the Venice Biennial (2011), SUPEC (Shanghai, Expò 2010), the Italian Cultural Institute in Prague (2009) and MAXXI (Rome, 2009). In 2009 he received the Terna Prize.

Untitled (#87), received the prize awarded by online voters during the Terna Prize 02, it is part of several photographs of installations in which the artist modifies the landscape by placing objects and geometries that create what he defines as “figures”; this where Manzini’s reflection begins to develop: «Annihilating conflict and alterity lowers the horizon set for the future and expectation. […] Today man is only capable of experiencing the present. The pleasant feeling one gets while observing the image is an important stage in the experience of reality, but its partialness can only be overcome within the conflictual dimension of a figure». According to the artist, the “figure” concept is a different way of perceiving reality. In a “figure” the pieces of that which surrounds us do not come together to create a final reconciled and clear vision, they remain portions, partialness and conflict by overcoming the rational limits of the concept while exceeding the appeal of an image. 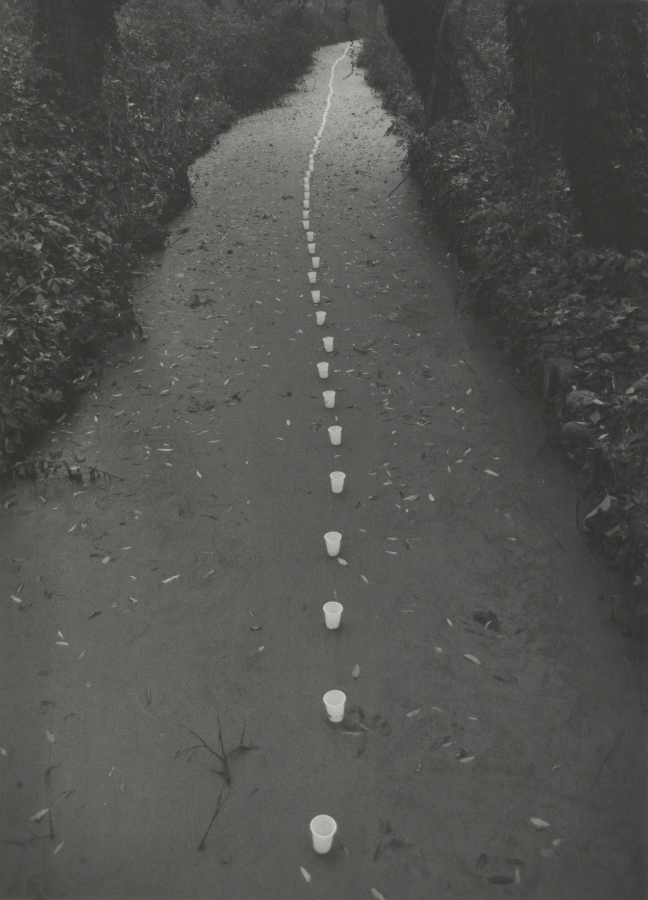 What is the current status of art in Italy today? What role does an artist have in the current art system and in society?

An extraordinary transformation is taking place, at least it is in Italy. Incapability of institutions and the economic crisis that is currently affecting galleries and collectionists force the artist to position himself at the heart of artistic production. This transformation may lead to new and extraordinary opportunities through collaborations with private individuals, organizations, associations, foundations and to projects developing from below. The period in which artists would only debate with other artists, gallery owners and curators from within their studios has finally ended.

Rather than increased social commitment, I believe artists are finding new ways of relating with business and society. Traditional forms of research, i.e. research that is free of any external conditioning are now accompanied by new contracting opportunities for artists in which he is required to organize his work as part of existing projects, work with other professionals, businesses and economic realities. I have noticed that those who previously only had a marginal interest in art have started to become increasingly involved. Over the last couple of years I have been asked to work with design and communication firms and on a research program focusing on art and science. However this did not occur because the aforementioned professionals showed a mere interest in the visual component of my work; in fact I was asked to make a structural contribution to project development. This would’ve been impossible a few years ago. These new opportunities often turn out to be very prolific and, as far as I’m concerned, they have significantly improved my purest form of research. We are experiencing increasingly frayed boundaries between art and other sectors.

At that time I had been working for over five years on a photography project that included the work that won the Terna Prize. Those were years involving extreme visual and theoretical concentration, focus and research. I was working very hard and had isolated myself and I was spending very little time in terms of self-promotion and promoting my work. Most artists were doing the exact opposite during those years and many continue to do so today. The Terna Prize was an important acknowledgment of the work I had done. 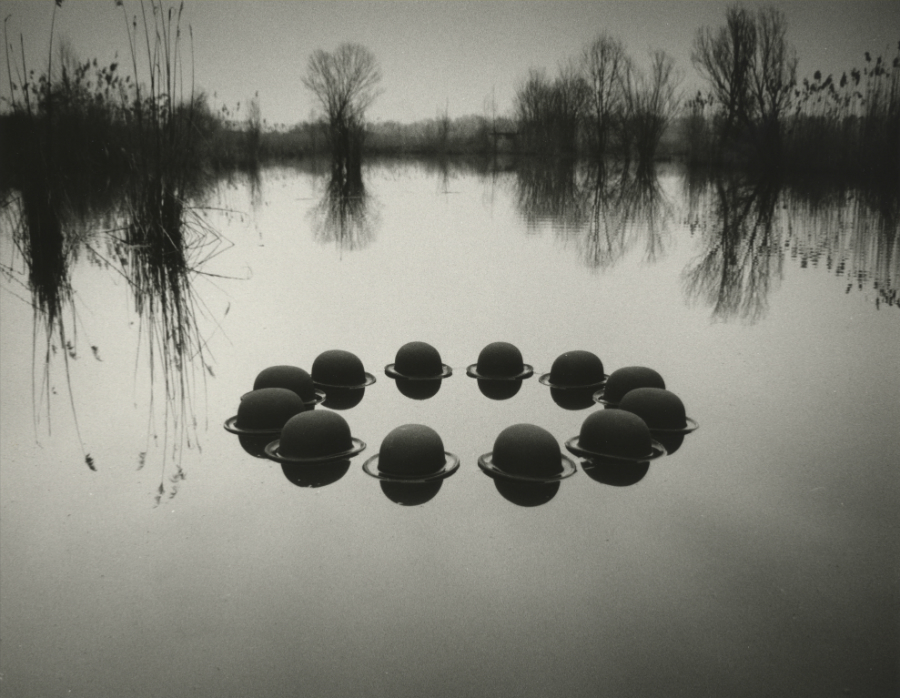 My work has always been guided by an idea of reality as an extreme, a boundary. My work is always stretched between individual and world, ideal and real, possible and impossible attempting to maintain a connection between elements of reality that are often opposite and not remediable or negotiable. I explored those areas and attempted to overcome conceptual limits and the appeal of an image by creating «figures». A «figure» is an uncovering of a thought process that is an alternative to philosophical logos. A «figure» – as Musil used to write – has the ability to oscillate between worlds without destroying differences. My current research is stimulated by reflections that I would define «thoughts on limits». I attempt to create figures with the ability to encompass that which is inward and that which is outward, what is here and what is somewhere else. To accomplish this – through videos and performances – I recently began travelling along the boundaries of the body. Corporal experience is the only experience allowing us to progress towards extreme knowledge, an awareness of limits.

«Error», concept and «evolutionary stage» are all very important to you, what meaning do they have for you?

The common definition of an error is when one believes that something false is true and something true is false but a «mistake» is not only a «failure to notice» something, but something that permeates our lives deeply and radically. An error is an event that is a part of our existence and that we continuously attempt to avoid, but actually consists of the shadow and reflection (often unconscious) of our truest and deepest desires and passions. In an error everything changes its shape, transforms and creates conflict. In this combination of divergent and discordant elements new visions and configurations of reality are concealed. 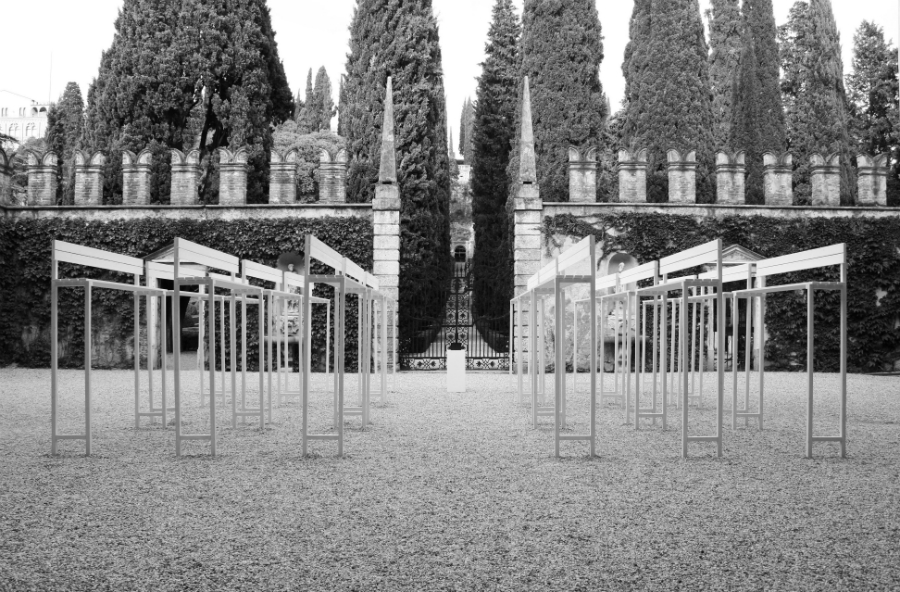 During this period languages of art and of culture in general, have an increasingly hybrid nature and it is more and more difficult to speak about works that refer to particular disciplinary fields. How would you comment this statement? With this in mind, could you tell us a bit about your experience in the world of design when you were creating the Travelling Bookshelf?

Everything that was contained within individual books and was placed on the appropriate shelf according to the relevant discipline currently moves freely. Our screens and minds are crossroads of data, images, thoughts and contents that often originate from the most disparate fields of knowledge and accessing them has never been so simple. We are facing something that greatly exceeds hybridization: it is a change of paradigm. Industry is not immune to this and new fields and opportunities open up for artists. I have never had an interest in design, per se. Even the most anticipating industrialists have understood that it is currently impossible to create design in the same way it recently used to be created. Images and formal research no longer suffice: today even industrialists value the ability to convey content. With this in mind The Travelling Bookshelf for Morelato was developed; this is an evolution of the concepts and thoughts I had developed for Error and disenchantment, a project for the Venice Art Biennial in 2013. 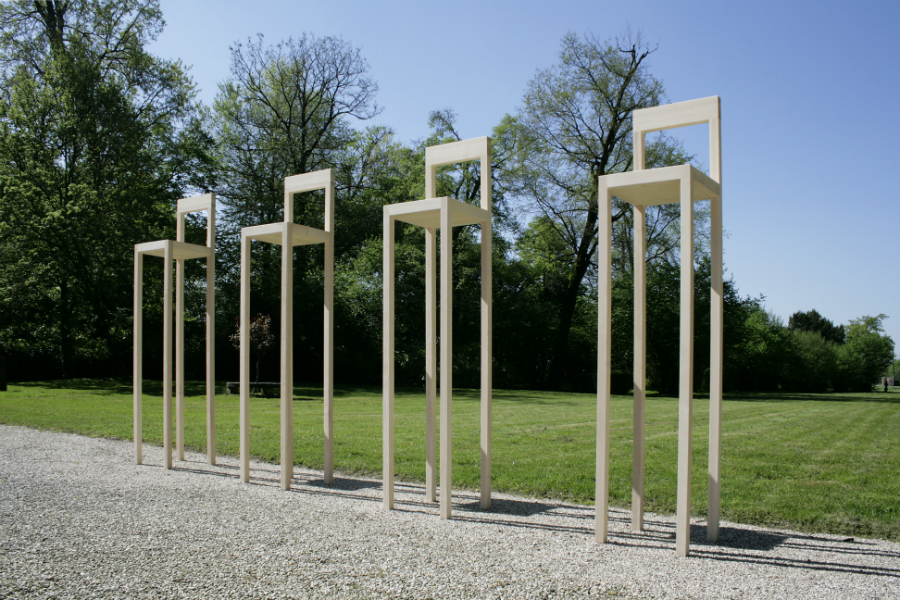 I’m not sure why we are asking ourselves this question during a period in which the centers of creativity and international relations are undergoing rapid and ongoing change. I would overturn the question and would ask myself what Italy could do to attract art and creativity that is created abroad. I believe this would be much more prolific for our Country and for Italian artists.

The Terna Prize is completely different from other awards. Terna is not a company that uses art and the Prize solely for marketing purposes. Terna has a connection with art and artists that is entirely different, almost as if the company were acting as a patron. The Terna Prize follows their artists with study travels, exhibitions, interviews, and a dedicated magazine. Personally I had several professional opportunities and relationships with the curators of the Prize.

The Prize should be a foundation for future work. An important element, but not the only one. I believe that Terna, on the contrary, has the necessary means and skills to act as a reference platform on an international level for Italian art. 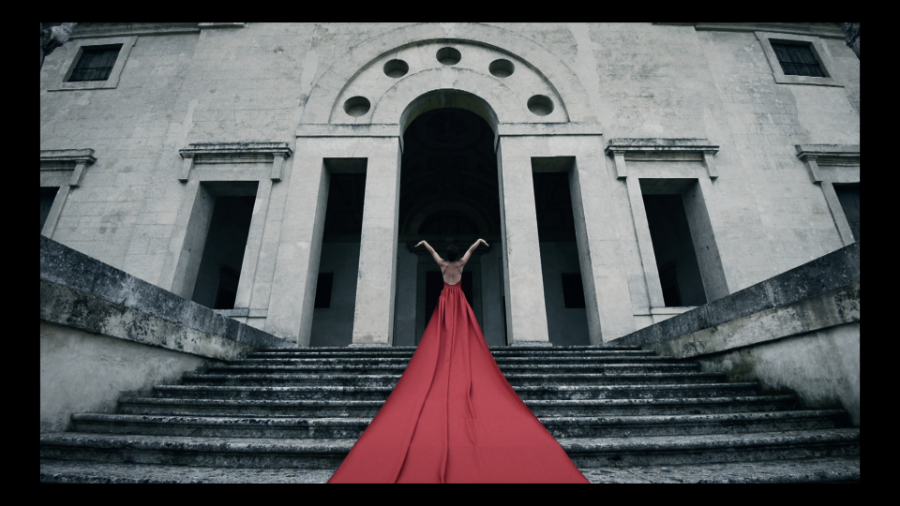