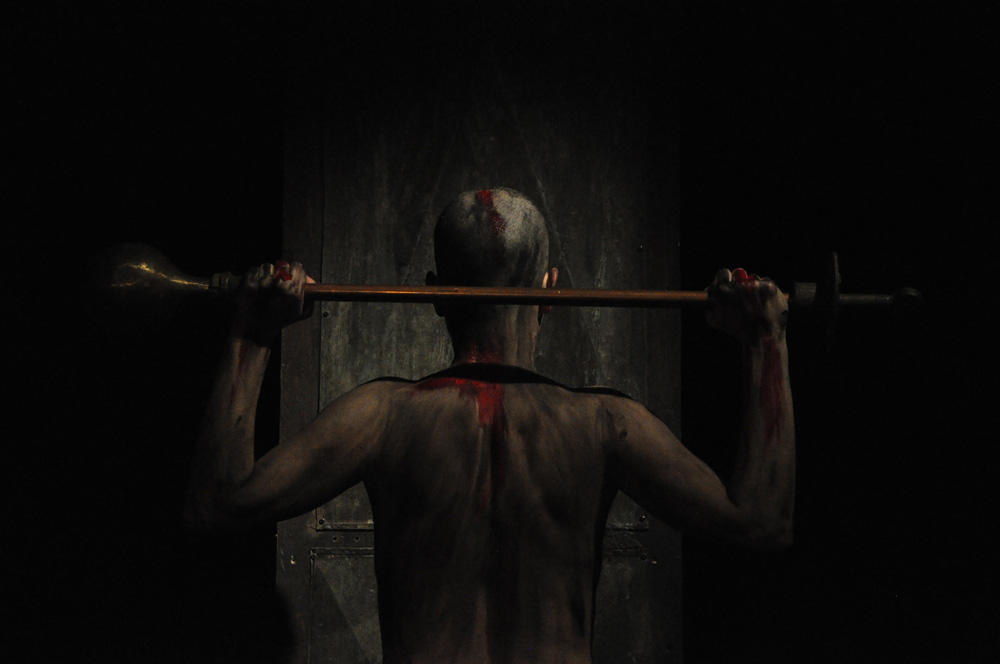 On Sunday, June 19th, in Forlì (Italy) Masque Teatro in conjunction with Cinemovel Foundation will present Arché, a project that brings together two of the most emblematic works in art history, The Resurrection (1450-63) by Piero della Francesca and The Large Glass by Marcel Duchamp started in 1915 and  left “definitively unfinished” by him eight years later. 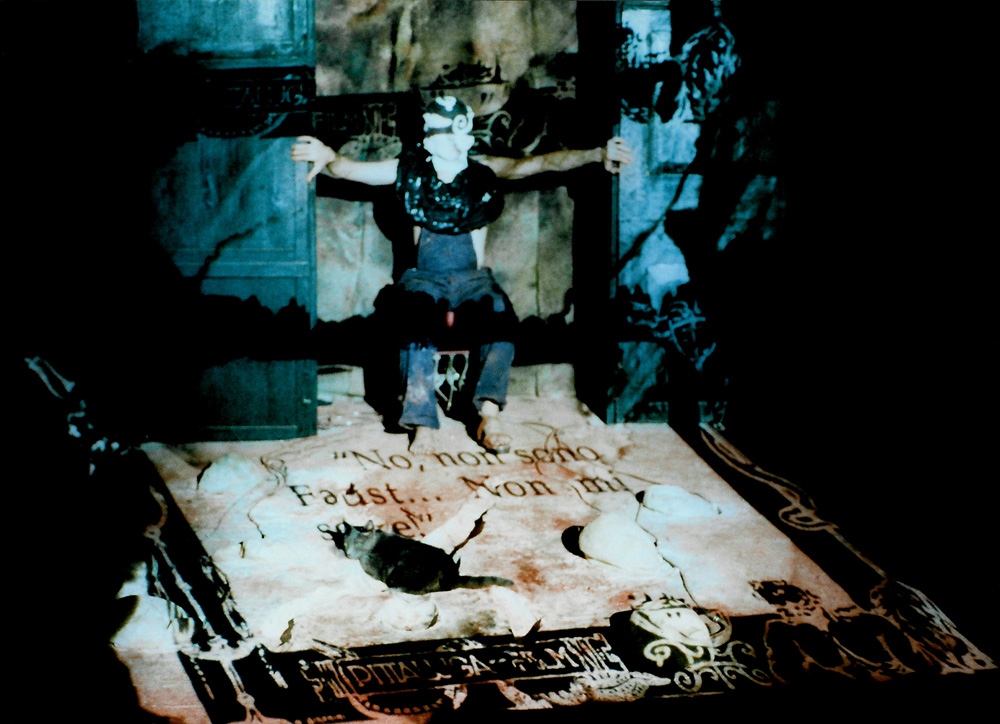 ”The tomb on which the figure of the Resurrected Christ stands divides the space of the painting’s composition into two parts; the line of the stone acts as a separation between the two worlds, the terrestrial and the celestial. Likewise, in the Large Glass  – a painting consisting of two large panels of glass within which the figures are variously created using lead wire, metal foil and dust – the horizon separates the ‘upper’ world of the Virgin from the ‘lower’ world of the bachelors”: Lorenzo Bazzocchi, founder and director of Masque Teatro, hints at the origin of the singular juxtaposition underlying the ensemble’s new offering, developed with the collaboration of Cinemovel Foundation.

Archè consists of two distinct events, closely linked to each other: Meccanica Anima, an interactive and performative installation by the Masque Teatro company, and Anémic Cinéma, a screen projection of a video collage created by Cinemovel Foundation from the starting point of the film of the same name, an icon of surrealist cinematography made in 1926 by Duchamp himself in collaboration with his friend Man Ray. (from the Italian press release)

The project is part of the collateral programme accompanying the exhibition  Piero della Francesca. Indagine su un mito, and is produced by Masque Teatro  thanks to the backing of the Fondazione Cassa dei Risparmi di Forlì. It coincides with the last few days of the major exhibition taking place at the Musei San Domenico in Forlì. 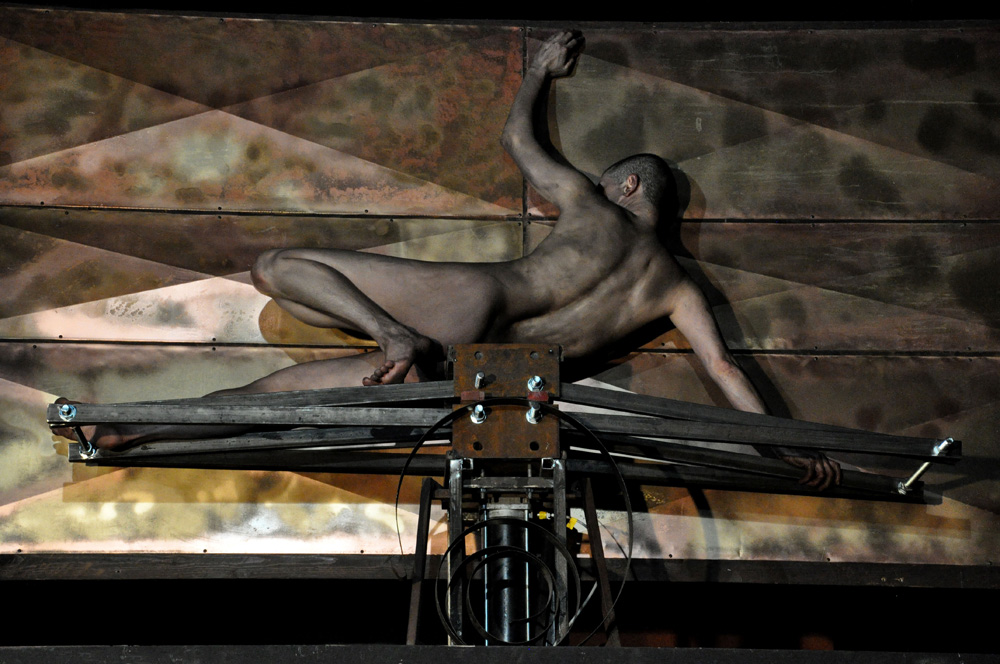 Masque Teatro was founded in Forlì in 1992. The visionary power of their theatre is expressed in the complex dialogue the company develops between philosophical discourse, the creation of prodigious stage architecture and the fundamental role of the Figure. Some of their shows have opened the possibility not only of a new stylistic code, but a new mode of production and an innovative relationship with audiences. Prigione detto Atlante (Myfest-Glasgow, 1994), Coefficiente di Fragilità (Triennale di Milano, 1998), Omaggio a Nikola Tesla (Bitef Festival, Belgrade 2003), Materia cani randagi (Nobodaddy-Ravenna 2009) and Just Intonation (Festival di Santarcangelo 2011) represent the peaks of a research which finds its raison d’être in the production of likenesses, events where material and virtual fuse to give rise to original creations. In 1997 the company received the Premio Gabbiano d’argento at the Bellaria Independent Film Festival and the Premio Produzione at the Riccione TTV Festival. In 2000 it was awarded the UBU Special Jury Prize for its project Prototipo, and in 2002 the Francesca Alinovi Prize for  artistic activity. Since 1994 the company has conceived and organised the Festival Crisalide.