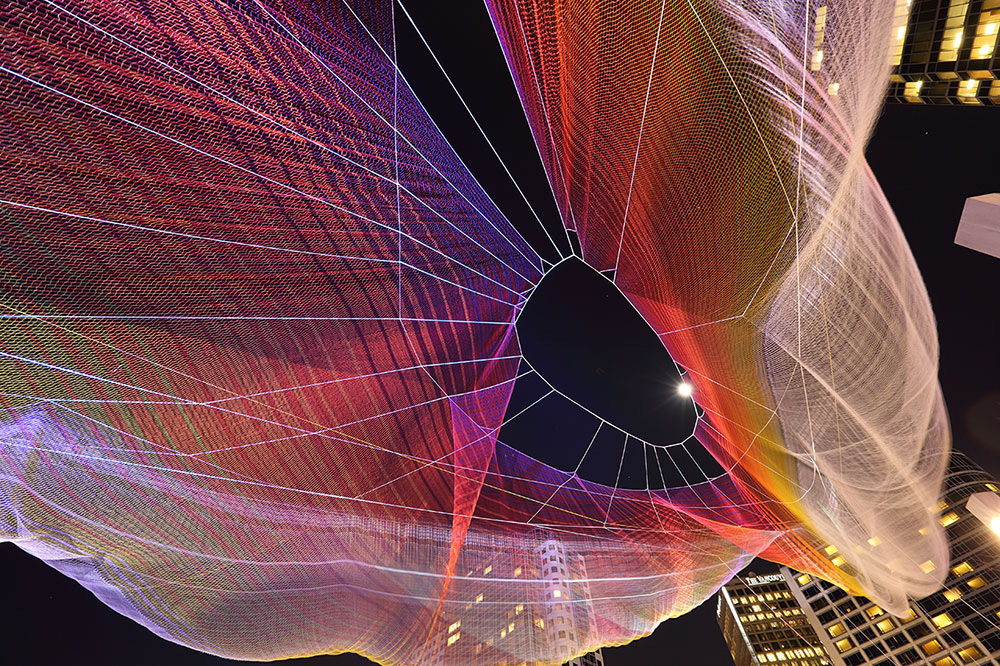 We are fast approaching the opening date for Sónar, one of Europe’s most important festivals of electronic music, art and technology, which takes place every year in Barcelona, with offshoots travelling to various locations around the world. In addition to the music festival, expectation is also high for the parallel section Sónar + D, which, alongside its evening music events, allows visitors to come into contact with figures from the world of industry, music, art and startups, who find here fantastic opportunities to turn their projects into real businesses. Besides widening the horizons of their knowledge through the talks, professionals and enthusiasts can experiment with the latest technological innovations in a vast range of workshops. As mentioned on Arshake in the general introduction to this parallel event, Between Creativity and Business Opportunity, it is structured in three sections corresponding to the three creative phases: “Congress” (the conception phase, including talks, lectures and demos), “Exhibition Area” (focused on the development of ideas, with the presentation of prototypes and new technology), and “Live Performance”, with the presentation of projects to the public. Last week we looked at the Congress section, this week we’ll examine the  section “Exhibition”, to take a closer look at some of the major events in an extremely long list.

This year, Exhibition section is extended, and divided into the three parts of Startup Garden by RICOH, Realities+D and Market Lab, further increasing the huge range of occasions for networking and exchange.

Startup Garden by RICOH will feature thirty selected startups, which will illustrate their work in front of a potential crowd of fifty thousand, with the possibility of identifying potential sources of funding. The audience will include agents from the creative industries; not only music, but also design, art and media.

Realities+D will select some of the most innovative technology platforms of the present day, including those which propose new models for the production and distribution of content.

For example, Google will allow visitors to try its Tilt Brush, an invention which will use virtual reality to allow us to create 3D forms, using the surrounding space as a medium for our imagination. With The Click Effect, Vrse Studio and Annapurna Pictures will immerse us – in a film made using virtual reality – in the depths of the ocean, to communicate with dolphins and whales. French studio Red Corner and the ARTE TV channel will present S.E.N.S., the first virtual reality adaptation of a graphic novel (written by Marc-Antoine Mathieu), directed by Charles Ayats. 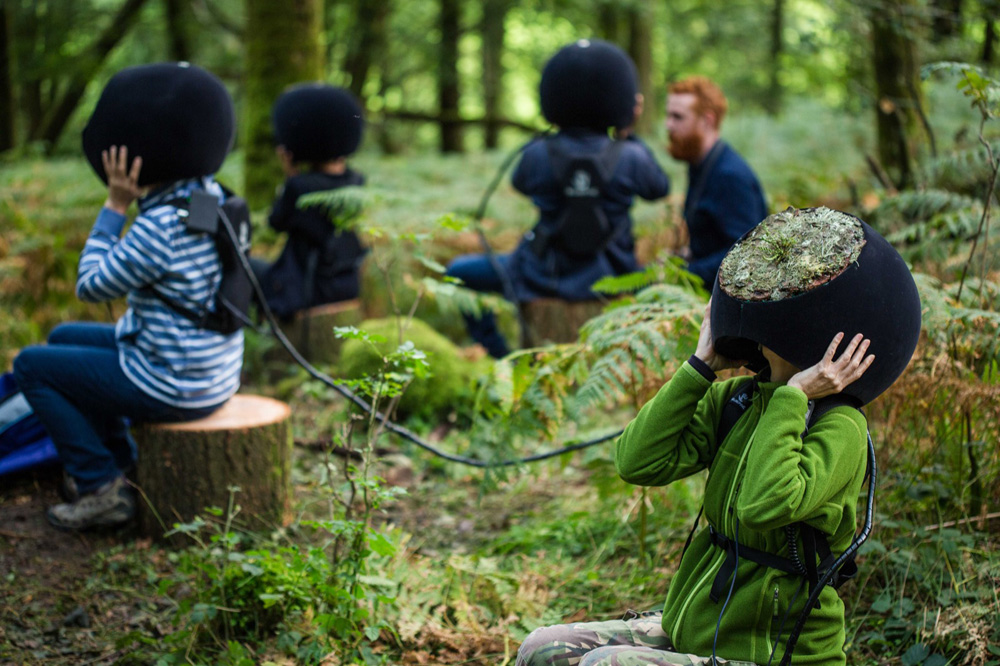 In the Eyes of the Animal, created by Marshmallow Laser Feast (UK) and directed by Barney Steel and Robert McNicholas, we descend to the viewpoint of bears in the Forest of GrizeDale. Ministry of Time, created between Madrid and Los Angeles by Future Lighthouse, presents the fusion of immersive experience and television with a TV series that allows viewers to interact with the characters. Crown is a music video which allows us to admire the powerful physical presence of rap duo Run The Jewels (Killer Mike e El-P), directed by Peter Martin and produced by the Wevr studio, pioneers of virtual reality. Oculus Story Studio (the creative division of Oculus Rift) will present its latest works. 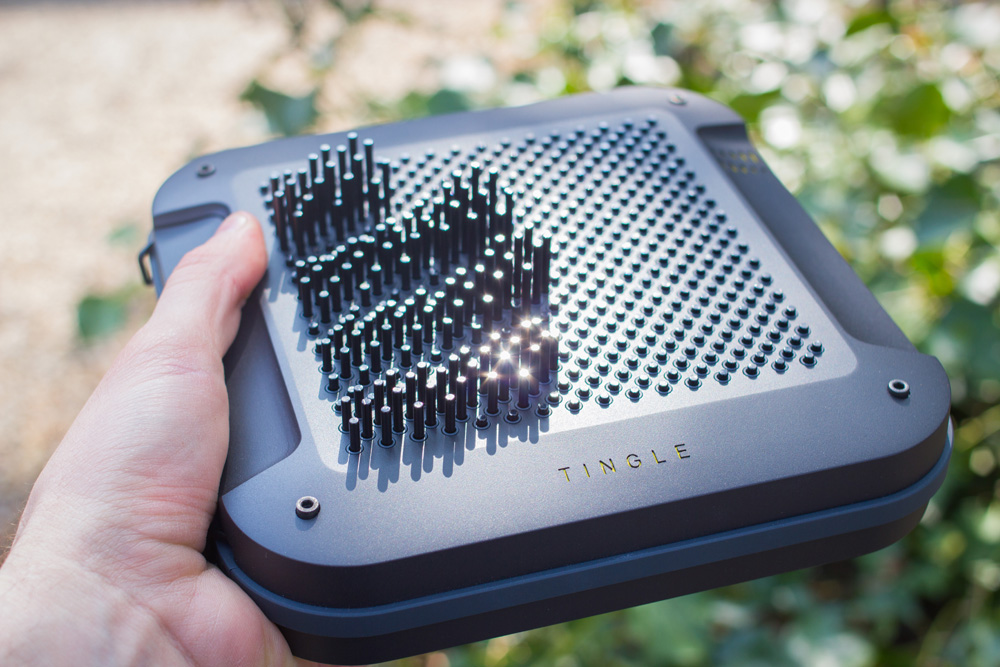 Market Lab is the true nerve centre of the Exhibition Area, and consists of the large section which is an extended venue for exploring new forms of creativity, production and marketing, where relations between professionals from the creative and cultural industries and the general public can be explored, and where the most innovative new technologies will be presented as soon as they leave the creative laboratories, media labs, universities and business research centres around the world where they have been created.

To start with, the Royal College of Art will present Soundobject, an Experience Design programme which includes projects exploring human interaction via sound. EntresD, pioneers in 3D technology and distribution, will present the UP Box and UP Box 2 3D printers, used in design studios, and the UP mini, for use in schools. Barcelona startup Patchworks, a group of engineers and musicians, will amaze visitors with a new top-secret app, developed in conjunction with Conductr, considered one of the best interfaces currently on the market. 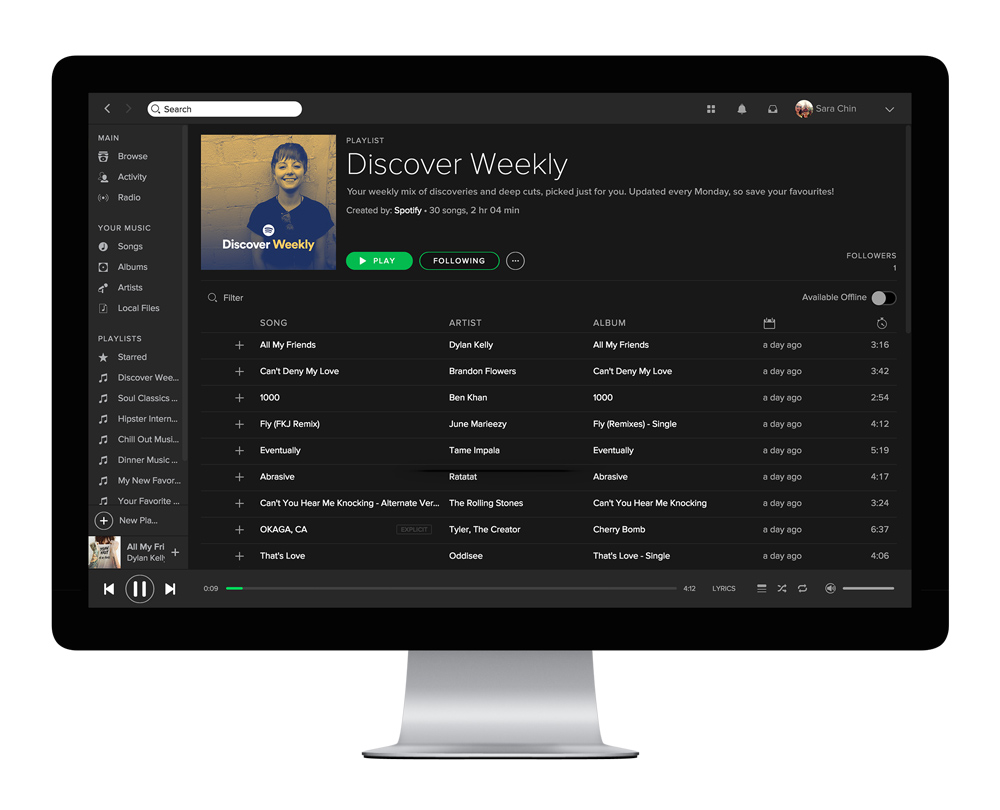 Musimap is another startup focused on cognitive technologies which adapt artificial intelligence to music, creating highly personalised playlists by combining classic parameters such as genre or artist with the context, mood and listening habits of individual users.

Another extremely interesting project is IMPRIMIDA – Barcelona Art and Design Advanced Manufacturing Camp – an initiative conceived in conjunction with the IAAC in Barcelona (Europe’s first FAB LAB), which has also developed IN(3D)USTRY From Needs to Solutions. The participants, – makers, artists and designers – will spend ten days working on projects to push the limits of creativity through computer-based design. 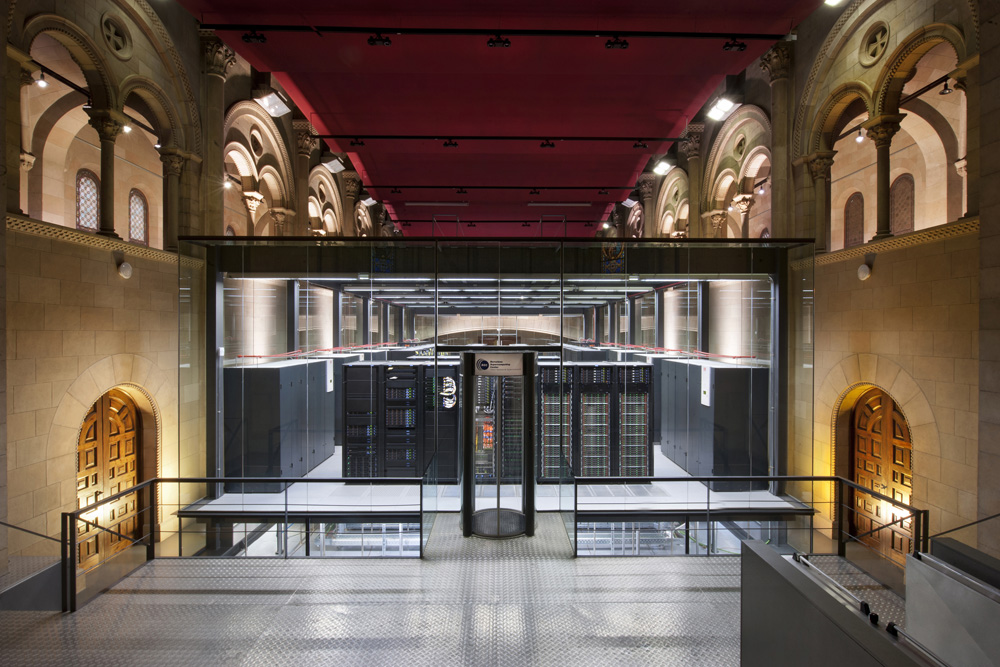 Yet another major initiative to note is the Barcelona Creative Ring Challenge, which offers professionals in the creative sector and entrepreneurs the chance to win up to 50,000 euros to fund and develop an innovative multi-site outdoor performance art project, with the aim of enhancing the experience of visitors to the festivals using FIWARE and ICT technologies. Encouraging people to actively participate and to feel close to the city experience, the CreatFi projects are designed to be developed within the framework of the Festival della Mercè 2016.

With assistance from one of Europe’s most powerful supercomputers, MareNostrum, the Barcelona Supercomputing Center (BSC) will carry out an experiment during the festival based on input from visitors to the BSC and Market Lab stand. Their movements will be captured using a sensor, and converted into sound. An AI algorithm will orchestrate this composition by studying and following models of the functioning of the human nervous system.

The IED (Institution of Engineering Designers) will also be present in this section, with Alessandro Manetti’ s YULIA: by downloading an app and synchronising a computer (or a smartphone or tablet), users can obtain a functioning sound system in a room, both online and offline.

Makeroni, a cultural association from Zaragoza specialising in research into “artificial vision”, will be responsible for projects such as Impresora de Huevos, Eye of Horus, SSV, Touchable and Nevera Mental, while the Berklee Innovation Lab will share with the public The Junk Orchestra (by Andrew Hlynsky), Becoming a Digital Humanist (by Jeffrey Cobbold) and Polygong (by Michael Samuels); in other words, new possibilities of encounters between music and technology developed on the Valencia campus by students of the Masters in Music Production, Technology and Innovation. 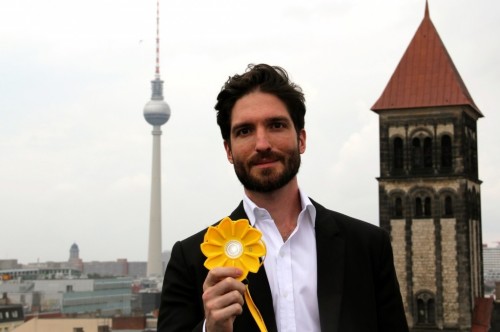 One of the most eagerly-awaited projects is undoubtedly Little Sun, linked to contemporary artist Olafur Eliasson and engineer Frederik Ottesen, who worked together to create an LED lamp powered only by solar energy; this design has given rise to a social business which has sold 350,000 lamps to date, investing half the profits in underdeveloped areas without access to electricity, creating jobs and boosting the local economies.

Another presentation will be the immersive installation Black Box, currently in the production phase under the guidance of Matt Clark and the Royal College of Art; this uses architectural elements and advanced technologies to reawaken the perceptual mechanisms of the visitor.Eurecat (Centre Tecnològic de Catalunya) brings to the Market Lab a 3D sound installation, in which visitors can move a series of sounds through space while listening to binaural compositions.

Other platforms, like Zynthian, Meta, and many more, will present new methods of sound production, right up to their materialisation as 3D sculptures, like those presented by Reify. 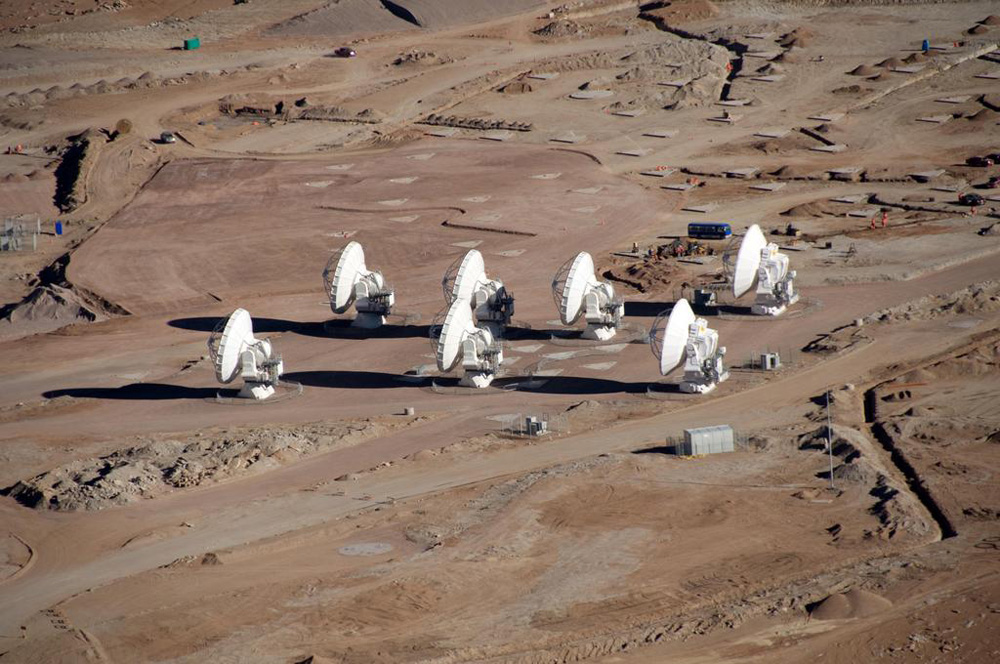 Now we come to one of the stars of the show, ALMA, the world’s largest astronomical observatory, in Chile. By associating different tones to each spectral line emitted by the Orion Nebula, ALMA created a database: the ALMA Sounds are the result of a special collaboration between DJ Raff, Felipe Venegas, Fernanda Arrau and Arom, based on sounds from outer space organised in an audio library.

La Salle (from the Ramon Lull University in Barcelona) will focus on the relationship between people and objects through technology in the project Empathic Interactions. The ARQ Aero Rhythm Track by Zoom is a device that functions as a drum machine and incorporates synthesiser, looper and MIDI controller, distributed by Adagio. Elektron’s Octapong (Sweden) is another instrument for processing audio in real time, inspired by the video game Pong, of which it becomes a sort of evolution. WildVreemd (a Dutch creative laboratory) is preparing a collective performance in which artists and public form a whole in the Smartphone Orchestra. And lastly, Critter & Guitari from New York will delight the public with the Organelle, an infinitely programmable and customisable digital instrument used as a sampler, sequencer, effects processor and synthesiser.