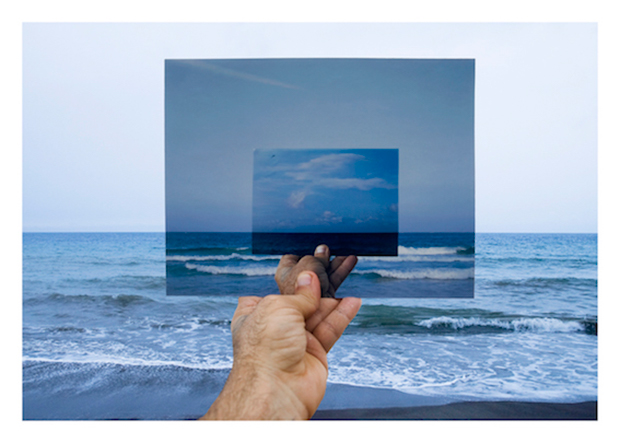 Like a line that traverses different languages, a frontier to be crossed with the power of reflection, a horizon where thought considers the thousand possibilities of a glance that reaches out – that aspires – to conquer the ineffable, the new solo show by Hayfer Brea (born Caracas, 1975) at the MACC / Museo de Arte Contemporáneo in Caracas traces a poetic journey where “the sky seems to join the sea, or the land” and becomes the purest blue, a serene emptiness, an intimate dizziness of infinity. From the starting point of several verses by Pedro Antonio Vásquez (Inmensidad azul. Azul tendido / Hacia todos los rumbos de lo ignoto: / Ilímite presencia del olvido. / Cristalino país de cielo roto), the artist organises Una línea imaginaria (An Imaginary Line) which feeds on elegiac intervals, which blends the various languages of art (from photography to video, printed paper to installation) in order to analytically section space and propose a new border between land and sky –  Horizonte contenido (2016) is a truly disarming work –  a new distance, a new and unsettled  separation. The result of a five-year geohydraulic project arising from an analysis of Lake Maracaibo (Coquivacoa), Lake Valencia and the Caribbean Sea, Hayfer Brea’s new work focuses, in parallel, on a scheme which places “the concept of horizon” at the centre of discourse; interpreted in all its expressions to offer the viewer the very grammar of horizon, its lightness, its apprehension. 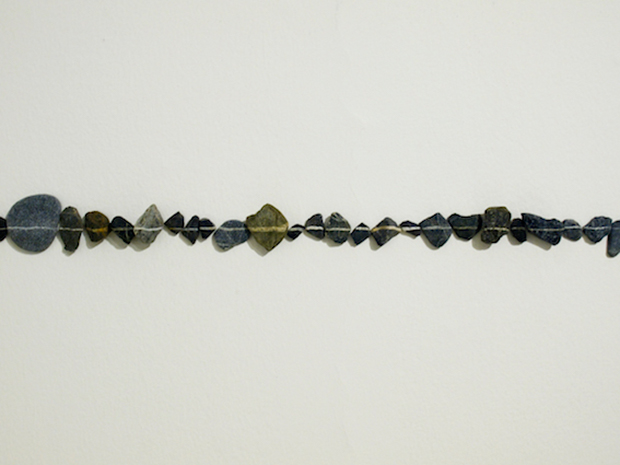 Seventy-nine stones, collected and placed on a wall to form – with their natural veining – a delicate and tenuous line (Línea pétrea, 2016); four sheets of paper upon which are printed definitions taken from different dictionaries – Horizontes impresos (Definición del Diccionario RAE), 2016 and  Horizontes impresos (Definición del Diccionario Larousse 2000), 2016 are some of them. And then there are two photographic compositions which bring together different times and views to conceive, in grey and in blue, Línea fragmentada I (2016) and Línea fragmentada II (2016). Or, again, Tres momentos, tres lugares, un horizonte I (2016) and Tres momentos, tres lugares, un horizonte II (2016) which in some ways bring to mind Kenneth Josephson’s criticism of representation through a pushing out of realistic denotation (indeed the artist draws on the device of the photo within a photo); while in other ways offering a three-way split, a maquette which plays on the Deleuzian concept of different repetition. Curated by Luis Velázquez, Brea’s solo show, with its words and objects, intellect and reality, absorbs the viewer’s eye and brings it into a beguiling ambience in order to enchant it with the power of art, transfer it to an immersive place where everything becomes light, cherished.