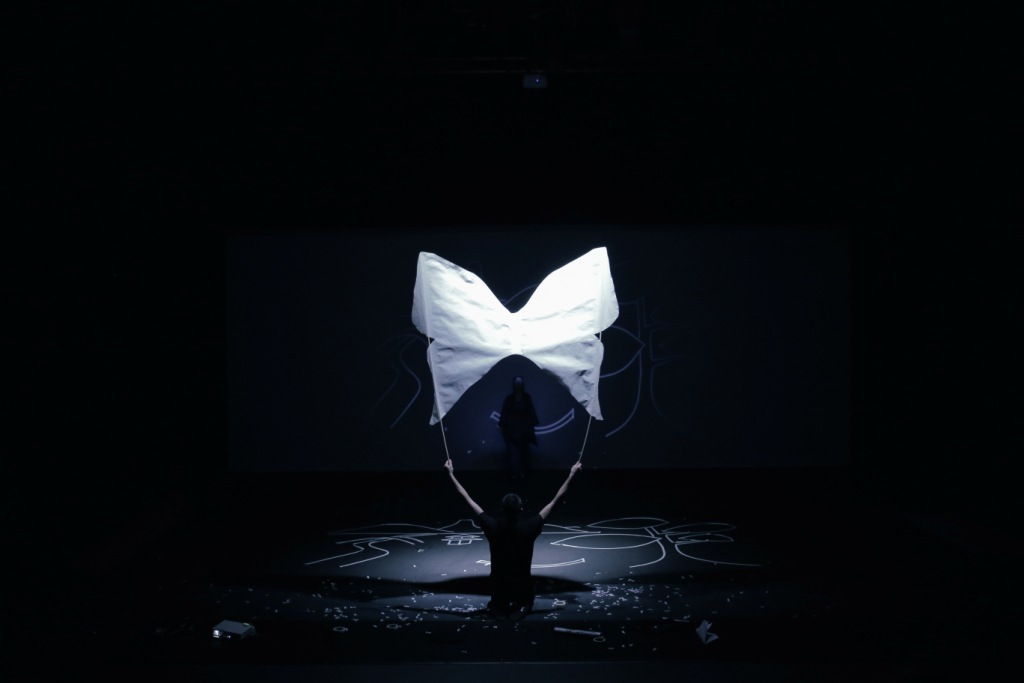 Butterfly by Kinkaleri is an interpretation of the lyrical world of Giacomo Puccini (the company’s first work was the staging of Nessun Dorma, from Turandot, in 2010), performed by Marco Mazzoni and Yanmei Yang.

Butterfly is a work of contrasting emotions (love and egotism, gentleness and brutality, fury and forgiveness) and opposing cultures (tradition and modernity, East and West). Japan, in those days a faraway land of enchantment and mystery, is the ideal setting for the passionate tale of the two protagonists: the splendid Butterfly, the young woman whom Pinkerton, lieutenant in the US Navy and the Yankee with the world at his feet, marries, binding her to him for life. The young woman yields herself to love completely and utterly, just as this work is complete, constructed by means of musical backdrops and the use of colour and symbol. 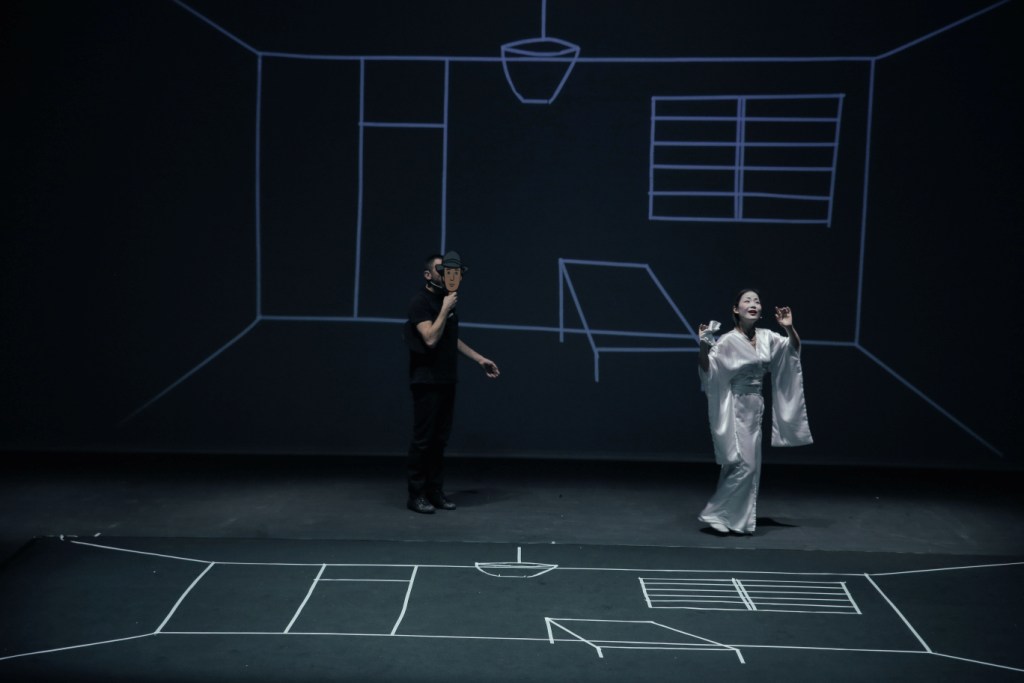 Indeed, the show progresses by the accumulation of expressive codes, proteiform periods and cultural settings: the grand tradition of Italian opera and contemporary visual languages, the protocols of performance by song and the inclusion of modern soundtracks, the involvement of children in the roles of the characters with the aim of moving the fairytale on, and the necessity of not obscuring the tragic act of death, in the protagonist’s suicide by harakiri. These choices resonate in the minimalism of the staging, with a constant overturning of visual fields, characterisation and visual effects: a sophisticated interweaving of structure and video projections, an organic succession of pop ambiences and engaging lyrical thrusts to ultimately arrive – in fifty packed minutes – at the denouement of the drama and the magnificent final catharsis. 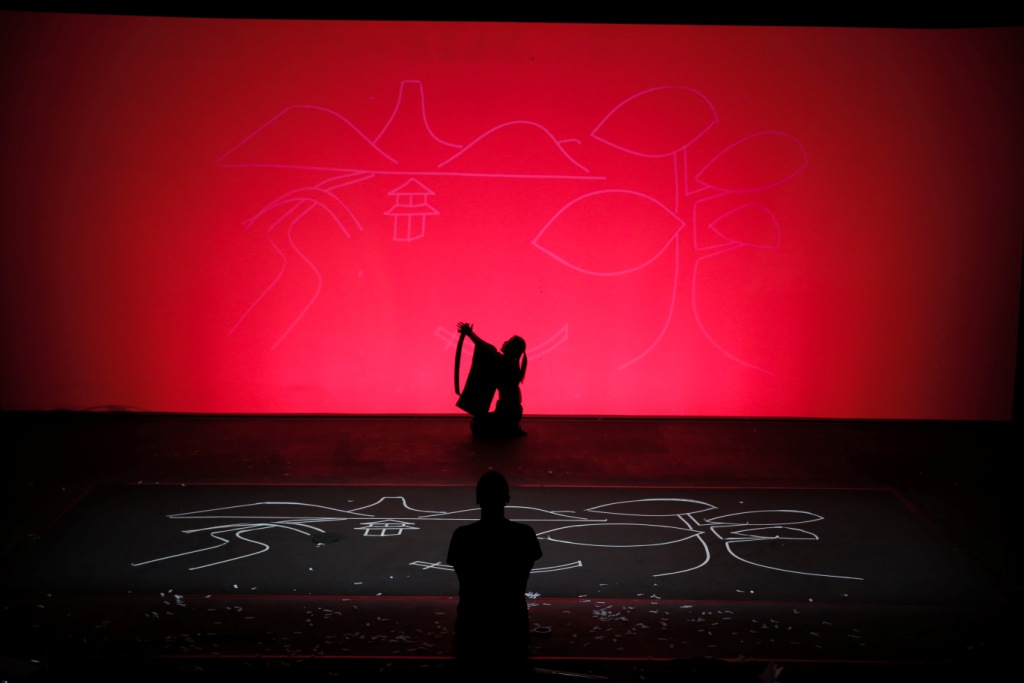 The show will take place in several prestigious venues throughout the summer and autumn: Tuesday 12 July at 21,30 at the Sferisterio Santarcangelo in Romagna (RN) as part of the International Festival of Street Theatre; Wednesday 27 July at 21,15 at the Ezzelini Castle in Bassano del Grappa (VI) as part of Operaestate Festival; Saturday  17 September at 16 and 18 at the Casa Teatro Ragazzi e Giovani in Turin and Sunday 18 September at 15,30 and 17,30 at the Teatro di Vetro in Milan as part of MITO SettembreMusica; Sunday 25 September at the Teatro Bolognini in Pistoia; Sunday 23 October at the Sagra Malatestiana in Rimini. (from the press release) 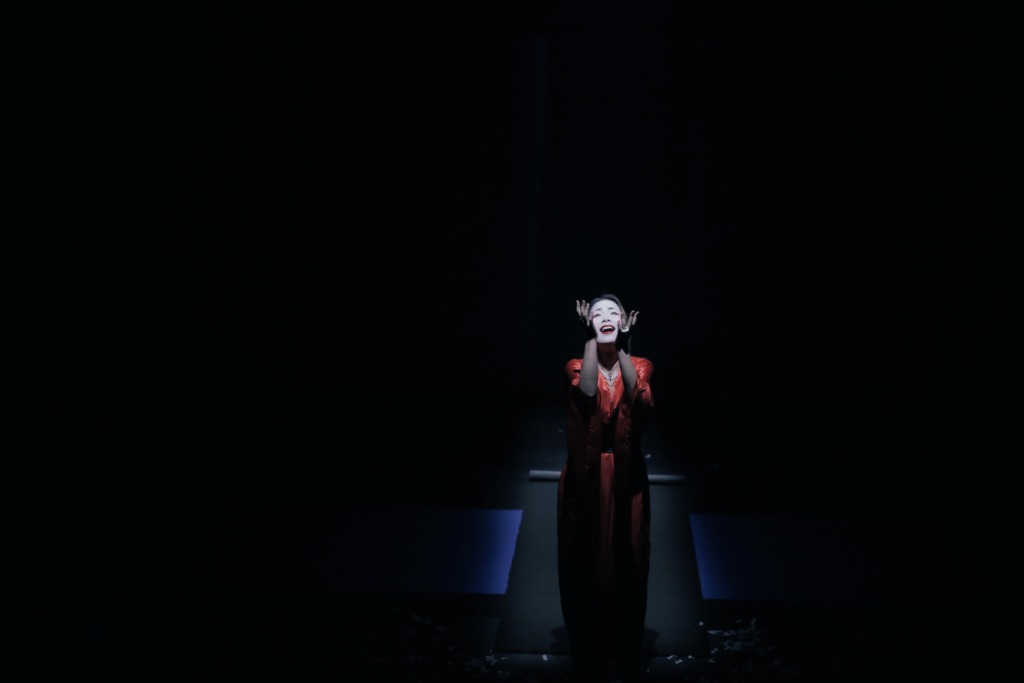 The Echo of Brian Eno