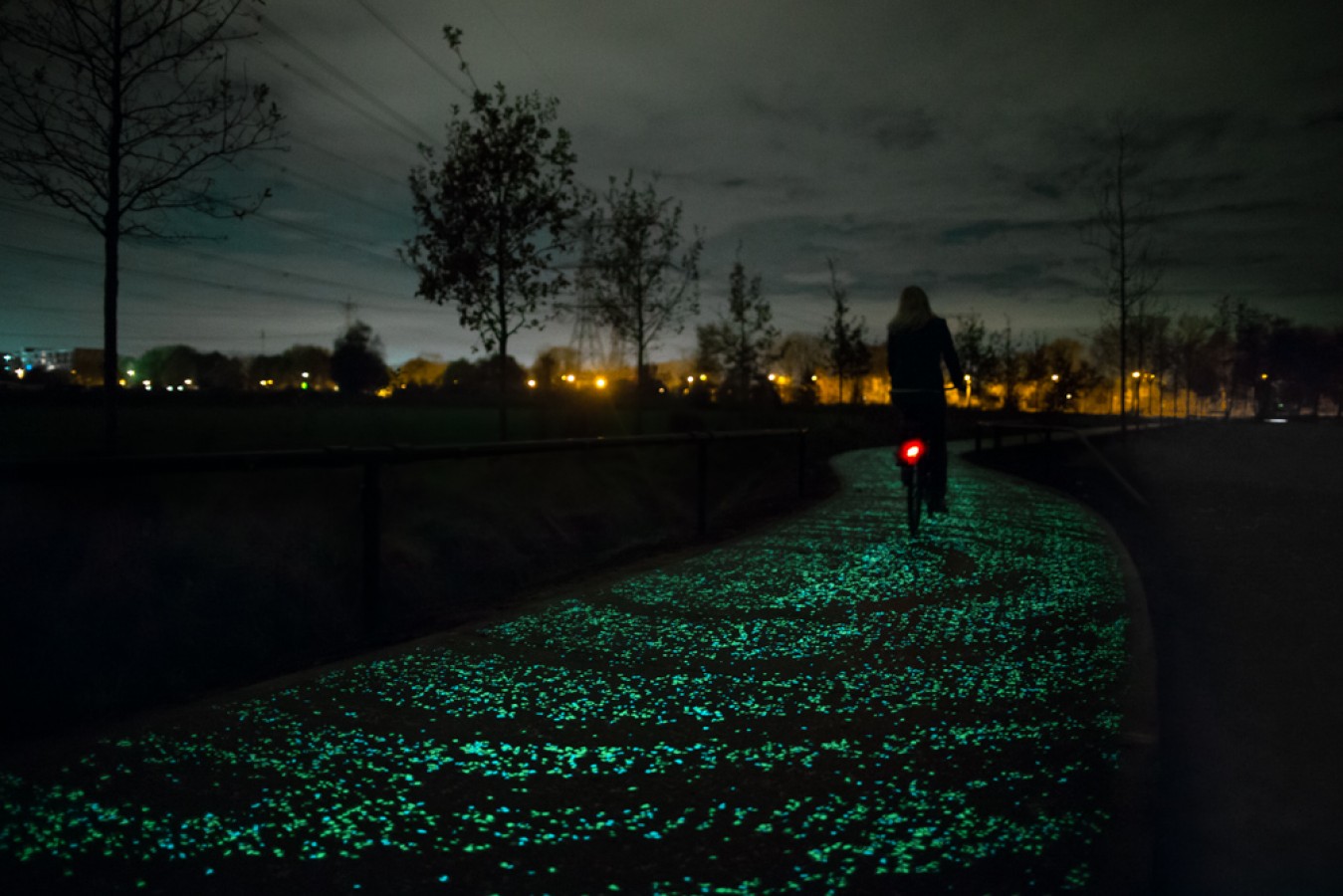 This image portraits the Van Gogh Roosegaarde that was recently opened to the public in Eindhoven. This street is part of «Smart Highways» a series of projects of interactive streets realized by Daan Roosegaarde studio design with Heijmans Infrastructure. Their idea is to create interactive and sustainable roads of tomorrow. The goal is to make smart roads by using light, energy and road signs that interact with the traffic situation. Van Gogh-Roosegaarde bicycle path is made of thousands twinkling stones inspired by Van Gogh’s celeber painting Starry Night. This street is going to be part of Van Gogh cycle route in Brabant.