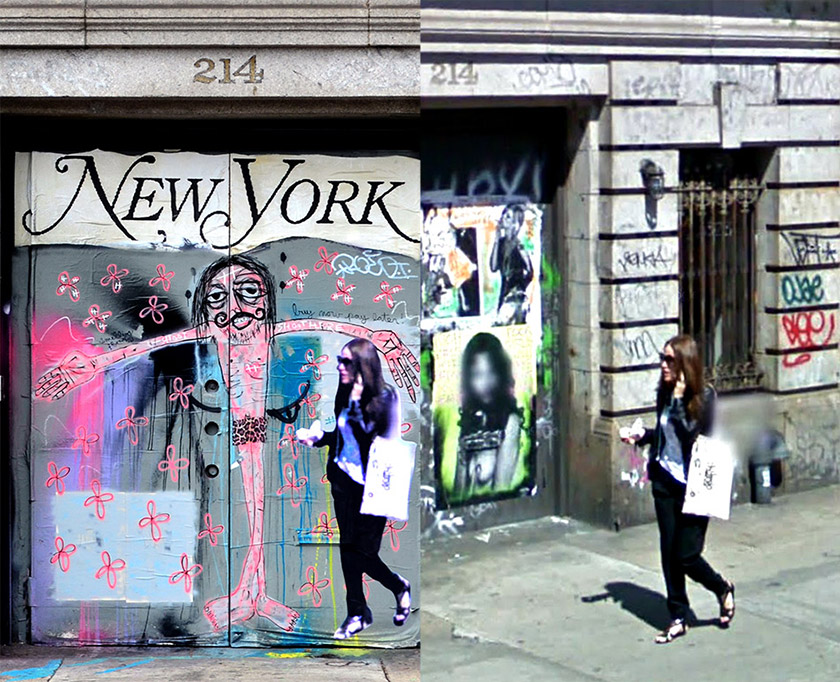 This image capture a frame of a performance realized by the Italian artist Paolo Cirio and produced by The Influencer Festival in Barcellona in 2013. People captured in the shots by Google Map are downloaded and printed to be relocated in the same places where they were taken. Artistic gesture between digital and analogue that raises issues related to privacy in the digital era. FRAME presents the project throughout an image, a screen shot, point of departure of the performance. The video will unfold the story and the process.