Between May and June 2018, the prestigious Aalto University hosted the “Hybrid Labs Symposium 2018”. For several years, design, digital media, audio-visual representation methods, architecture, emerging technologies and urban planning have been an integral part of Aalto University’s agenda, incorporating experimental research. These fields contribute to an interdisciplinary debate starting from the hybrid, which is understood as an actual state in which everything can be recognised: languages, academic disciplines, professions and life itself. The hybrid also takes its shape from mixing and merging the organic and inorganic. At the beginning of the twenty-first century, hybridity is a fertile terrain for moist nature to take root – moist being a term Roy Ascott identified as representing the new reality for unsuspecting times. 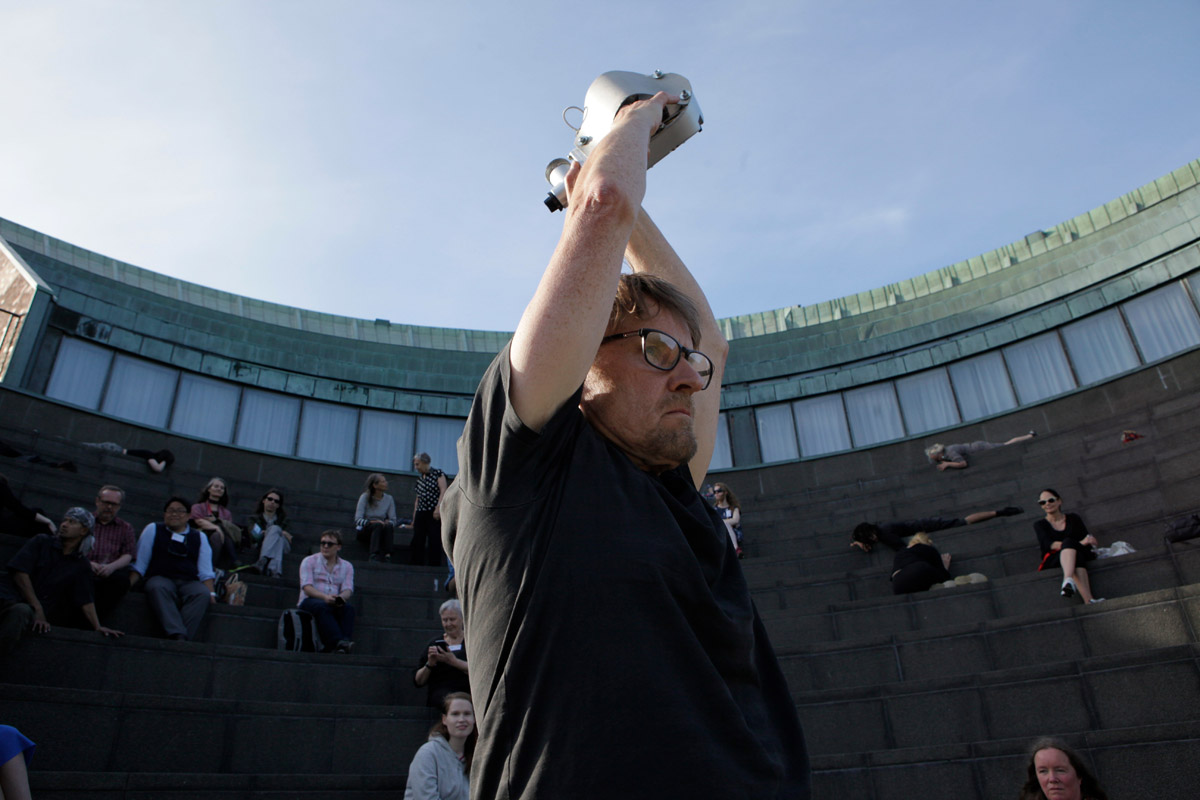 Beginning with the liminal areas constituted by the dialogue between art and science, attention focused on various modes of collaboration. This particular perspective provided the basis for the exhibition “Oslofjord Ecologies Extended”, curated by Kristin Bergaust and presented in the main foyer of the Pavilion where the symposium was held. This event also concluded a three-year collaborative project between Aalto University, the Creative Europe project Renewable Futures and the Nordplus Collaboration Hybrid Labs. The exhibition was the outcome of a collective engagement aimed at creating a locally situated work (the Oslo Fjords), in a place rich in both historical and geological memory, and thereby continuing a global conversation that considers ecology from a psychological, social and environmental perspective.

Internationally recognised professionals from a range of different disciplines engaged with the public, each providing a unique perspective on the issue concerned. These included: the Professor in Design of Structures, Toni Konitk; the artist, activist and Professor, Gediminas Urbonas; the physicist and astronomer, Roger Malina; the curator of Kiasma Museum, Saara Hackin; the anthropologist Judith Van Der Elst; and the artist, curator and educator in Art, Science and Technology, Nina Czegledy. 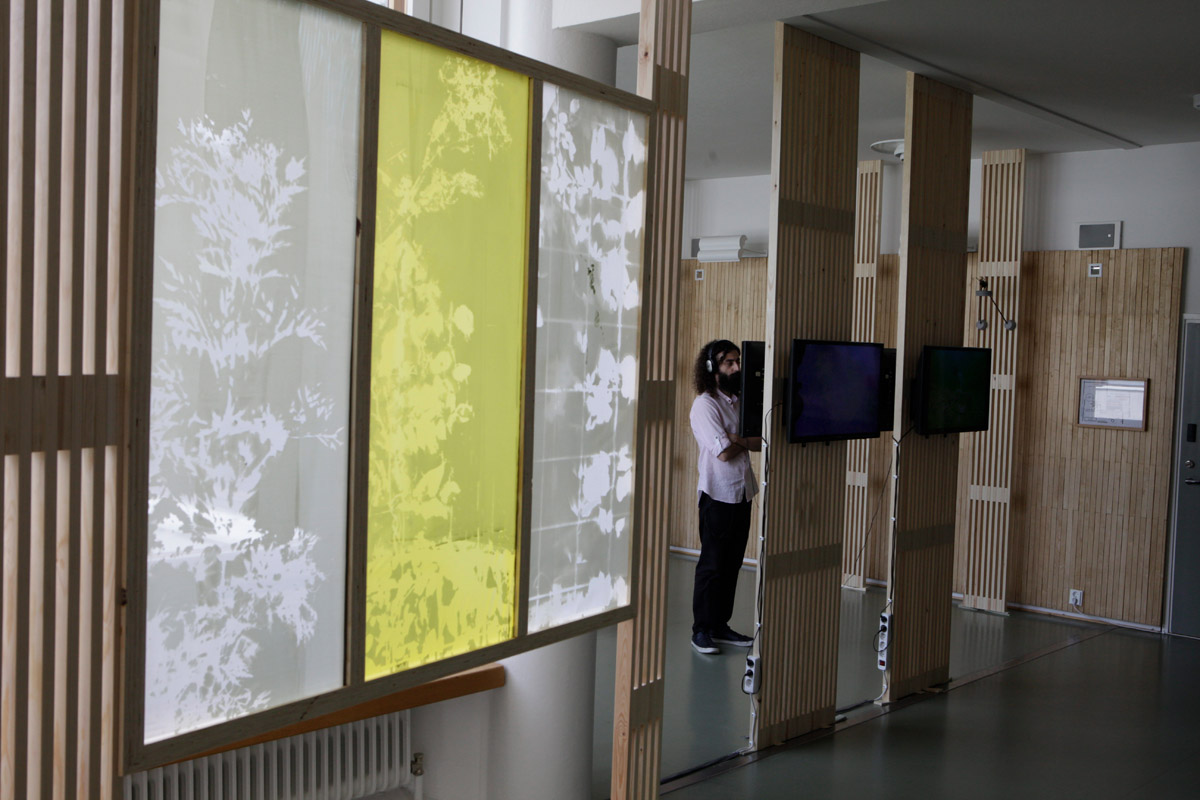 This series of conversations was launched by theorist Toni Konitk, starting with the existing structural and systemic relations between elements, placing importance on the features that have come to define the concept of structural design as a specific site of theoretical and practical research.

A hymn to collaboration and experimentation, as well as visiting the campus labs, the last day of the Symposium was dedicated to celebrating the 50th anniversary of “Leonardo”. This pioneering journal was established in 1968 by a group of artists and scientists to create an interdisciplinary platform with the specific aim of promoting a dialogue and exchange between art and science. Roger Malina, the Executive Editor of Leonardo, and Nina Czegledy, who took part in the community’s scientific commission, represented the journal and the broader collaborative project, retracing its long history, which was also mirrored in their respective research. 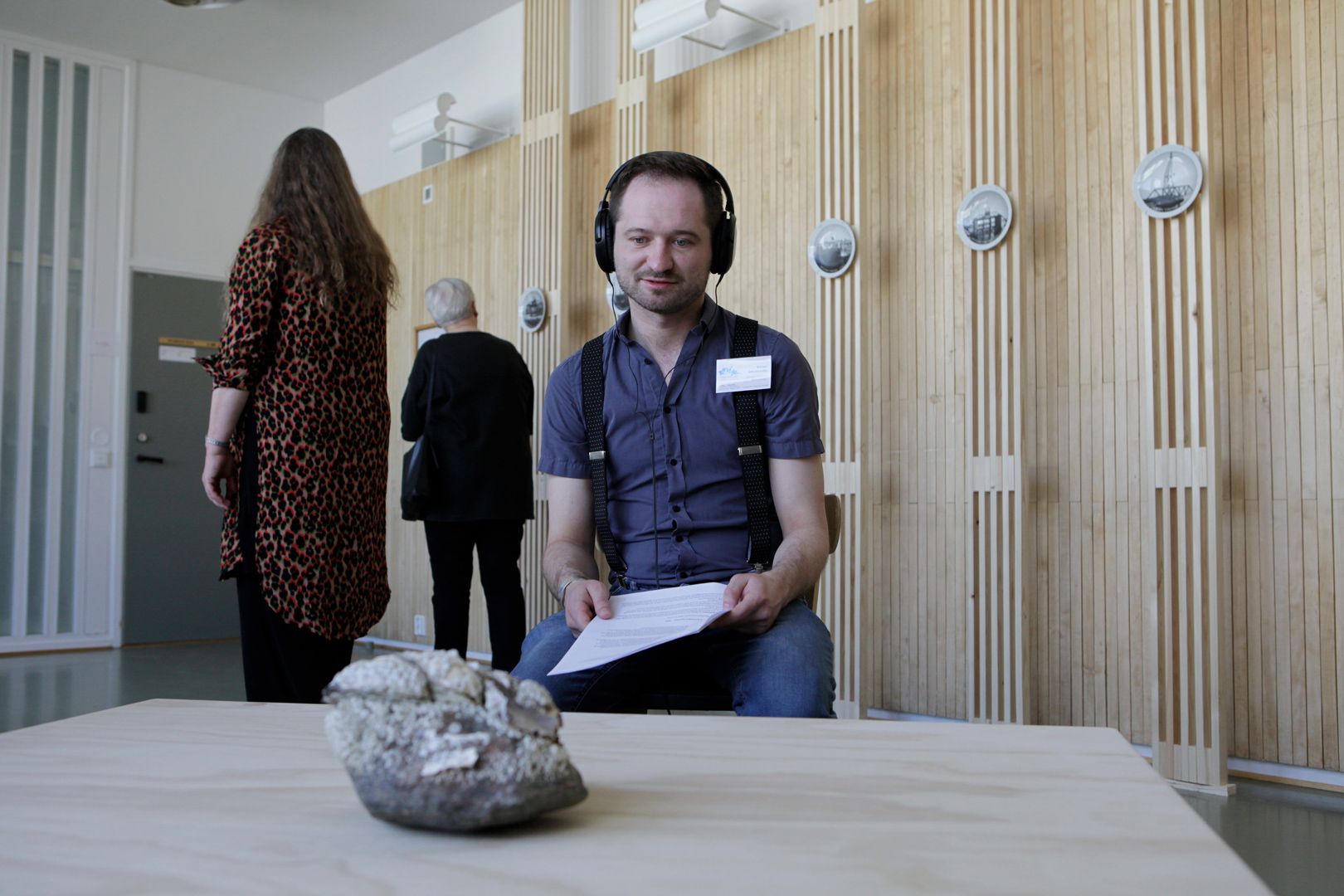 Two performance events took place at the opening and closing of the Symposium: the performance by Camilla Dahl in the magic frame of the Aalto Amphitheatre in the Campus Park, and Roberto Pugliese, aka ALIASING, who is interested in the way sound, vision and memory interweave, focusing on collaborative projects.

Over the course of two days significant areas of reflection emerged concerning life in the post-anthropocene age, until the ‘post’ is diluted in the term that comes to define the outline of the next reality – one which we are currently experiencing in its primordial phase.

This is the reduced version of the article Hybrid Labs Symposium 2018 at the Aalto University, published on NOEMA, august 2018.

You can read here the full article.