A collective action to experience the spaces created by architect Yona Friedman's La Cité des Réfugiés in No Man's Land, which was recounted at the Department of Architecture, University of Pescara, on Tuesday 29 November

An inhabitant is one who is accustomed to a place, occupying a space with their physicality, being and experience. “To live is to leave traces,” wrote Walter Benjamin in Paris, Capital of the 19th century.

So, between 8 and 11 November, more than 200 children and young people, from the ages of 5 to 25, from the schools of Loreto Aprutino (PE) and Città sant’Angelo (PE), as well as a group of students from the Department of Architecture in Pescara and their teachers, lived in Yona Friedmann’s La Cité des Réfugiés—a refuge for anyone in need. A city consisting of reconfigurable housing modules. 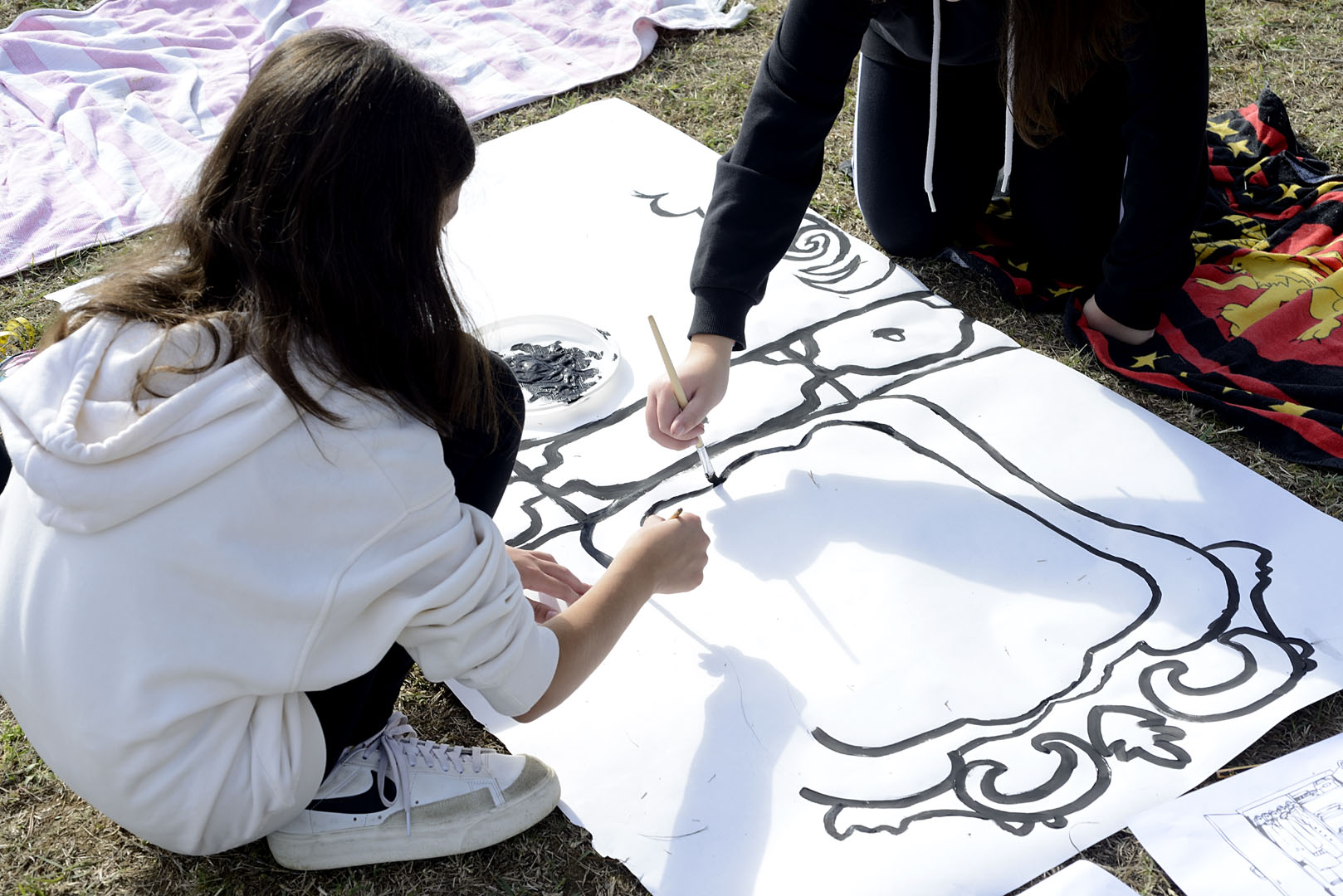 The traces the young people decided to leave behind are traces of their living experience: simulacra of furniture, images of architectural elements drawn to scale to activate the spaces of Yona Friedman’s La Cité des Réfugiés. This represents an action that sought to reinterpret Friedman’s intentions, according to which architecture should be mobile and adaptable to the uses of those who live in it.

This experience has a double value—not only aesthetic, but also architectural—consisting of a corporeal experience within the space of No Man’s Land. This is a work about the measure of things, resulting from a path of awareness of architectural space in order to acquire readiness of one’s own home in everyday environments. 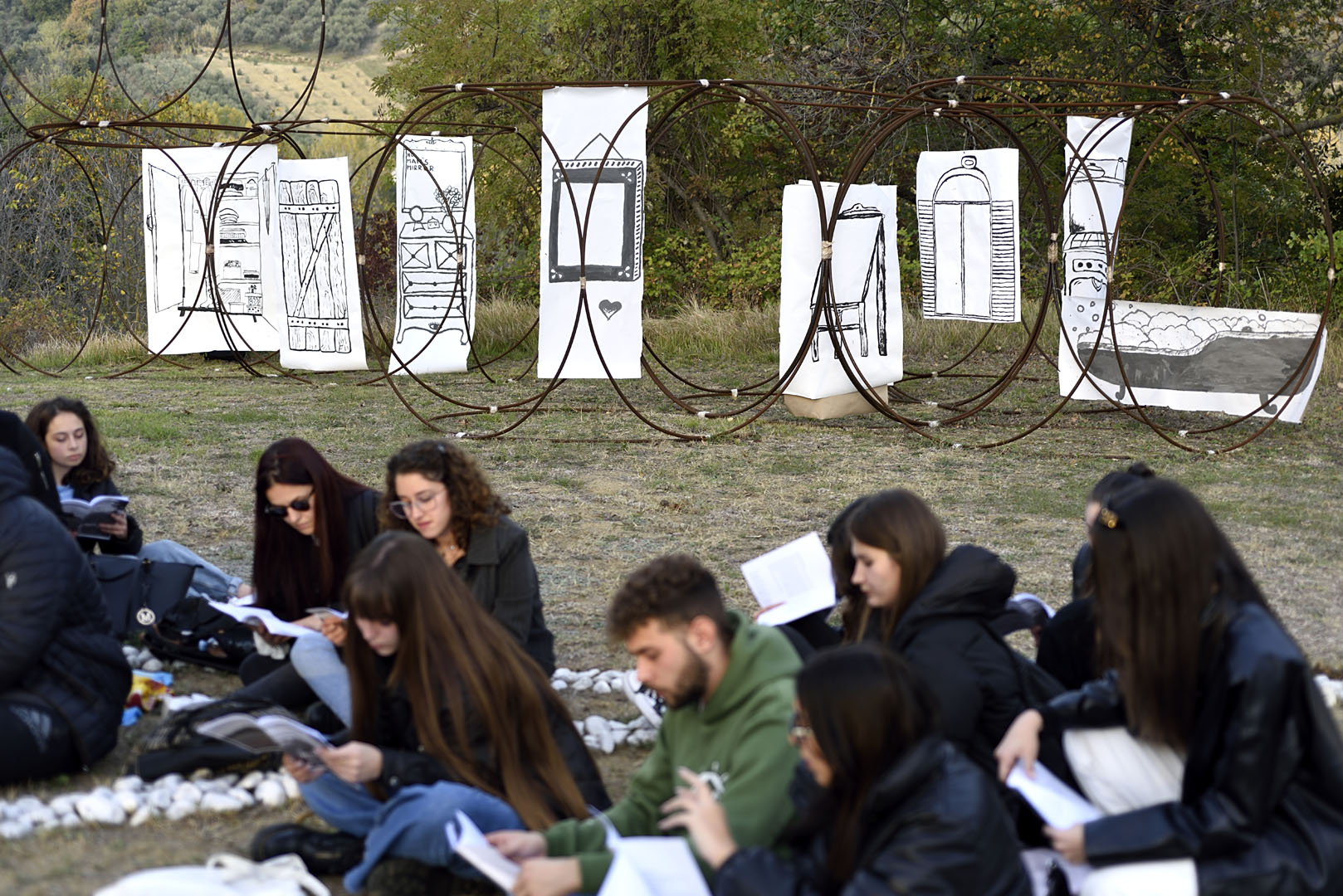 And the architectural experience is also a sound experience: space produces sound, human actions produce sound. “The sound measures space and makes its scale comprehensible. We stroke the boundaries of the space with our ears,” writes Juhani Pallasmaa in The Eyes of the Skin. This is why, in addition to the images, the children were involved in a field recording of the living action.

In addition to images and sounds, there were theoretical reflections on living and the city. These consisted of the actions of students from the Department of Architecture with the panels designed by the younger students acting as a backdrop. 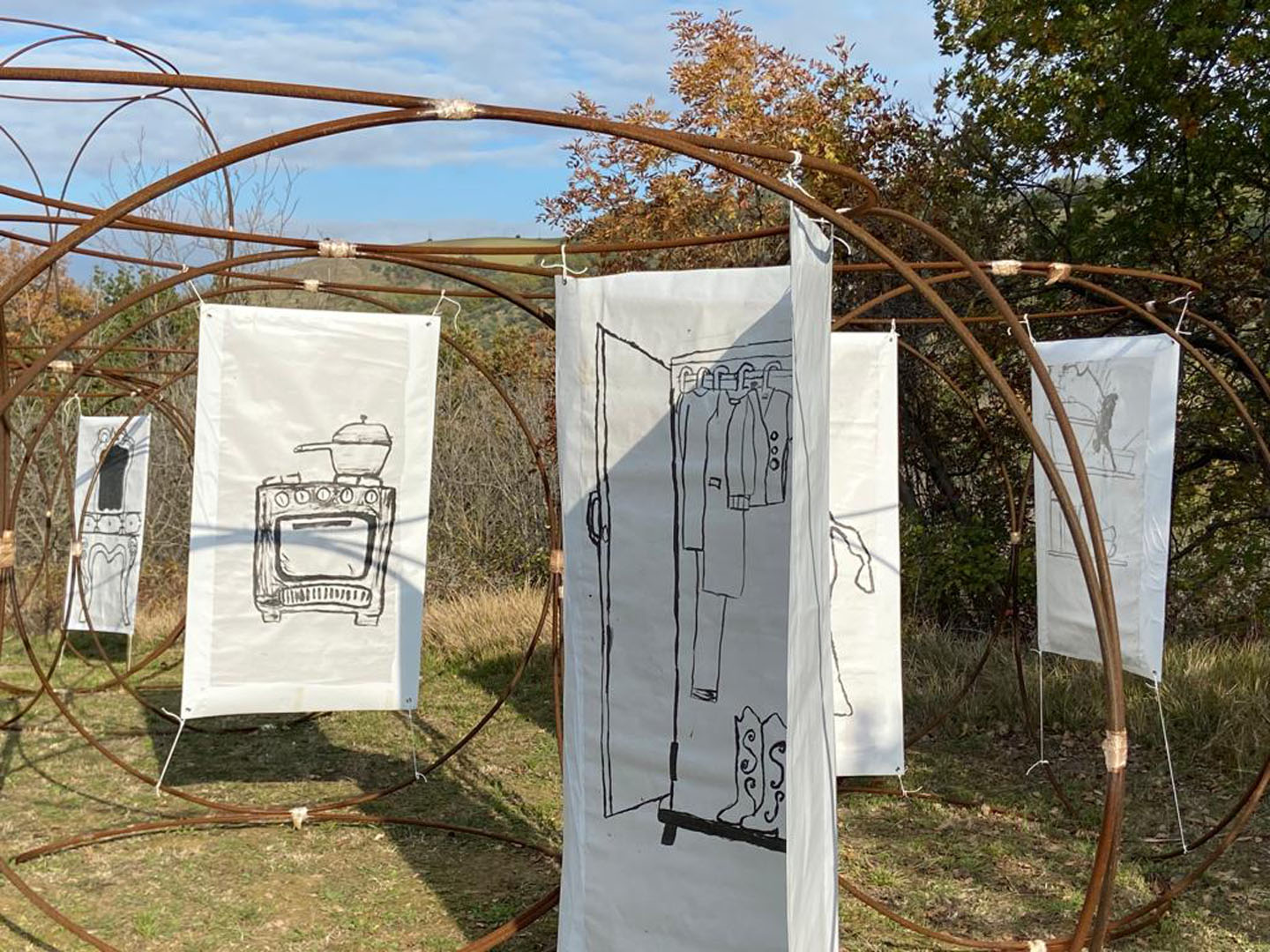