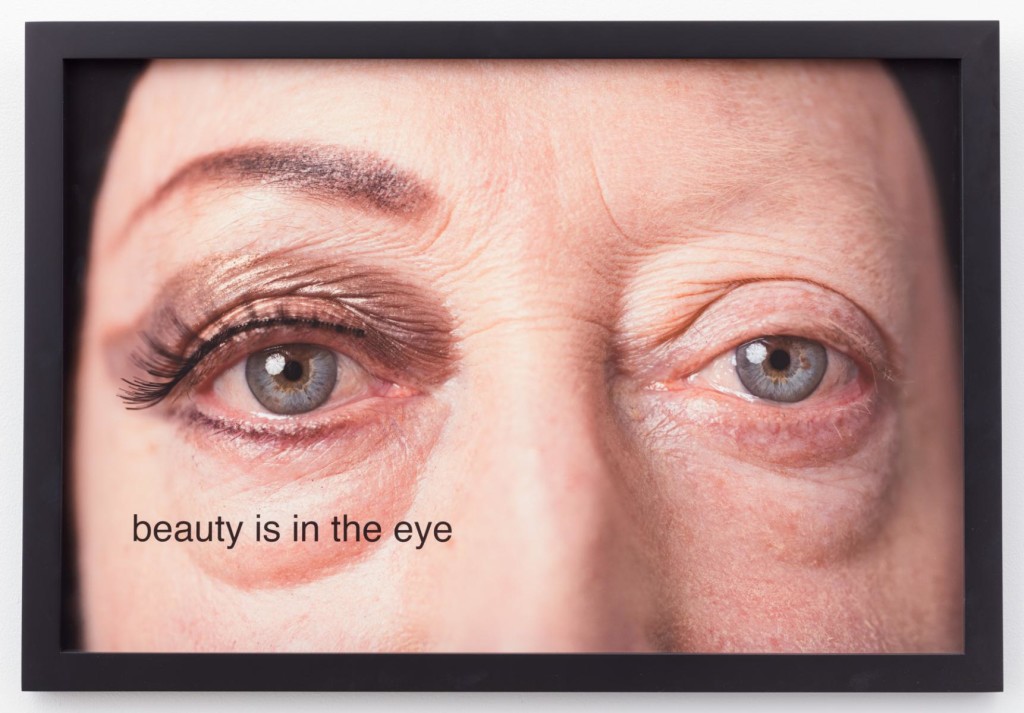 P.P.O.W  presents an exhibition of new works by Martha Wilson. Since the early 1970s, Wilson has created conceptually based performances, videos, and photo/text compositions that grapple with constructions and manifestations of feminism, identity, and the way we construct and present ourselves. Frequently taking herself as subject, Wilson creates transgressive, avant-garde works that address political and social issues, teasing out complexity and nuance by infusing her work with playful gestures and humorous juxtapositions.  Mona/Marcel/Marge will feature new photo/text works that draw on self-portraiture, art history, political figures, and popular culture to comment on subjectivity, identity, and gender.

While this new body of work draws a clear line to her work from the 70’s through today, her work and attitude has evolved from what Wilson describes as “the concerns of a young woman to having fun with being an old lady,” and sees her turning an eye to the way in which the public gaze projects social values onto women as they grow older. “I’m looking at age and the status of women,” Wilson says, “but we are still in the same absurd state that we were in in the 70s… This is my current response to the predicament that we find ourselves in when born female.” 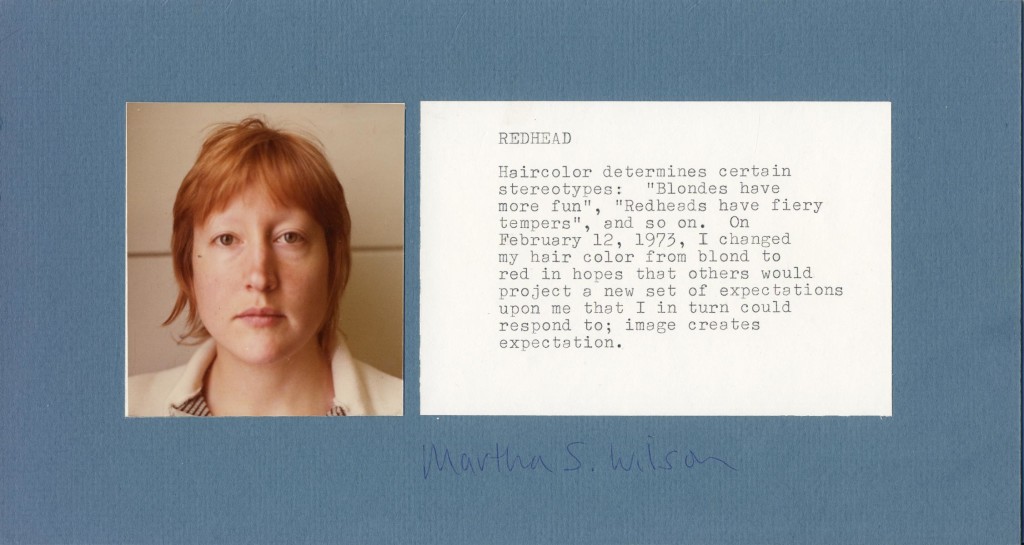