MP5 at Wunderkammern in Roma 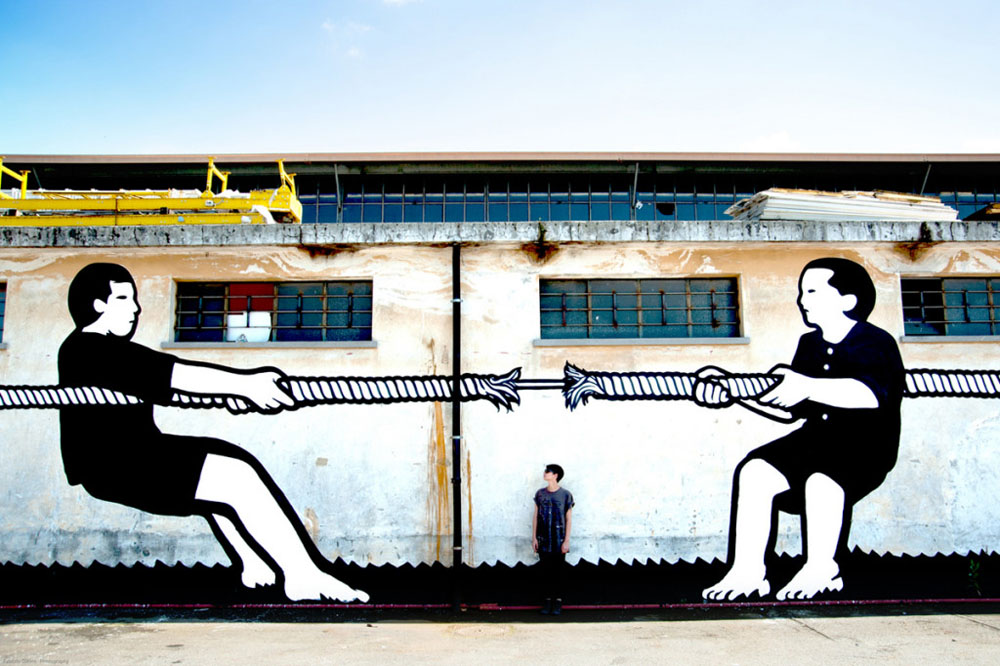 MP5 is one of the most promising and versatile artists of the moment. Born in Naples, she studied theatrical scenography in Bologna and animation at the Wimbledon School of Art in London. Very active in the European underground and counterculture scene, MP5 has closely linked her work during the last decade to the queer and feminist movement. From her scenography studies comes a close and lasting relationship with the experimental theater, mostly evident in her audio/video installations, and which continues to influence undoubtedly also her outdoor interventions. Her images in black and white give shape to contemporary myths that underlie a critical and politically engaged vision of reality. She works either on posters, illustrations for newspapers, drawings, video animations or creating public mural works. Her artworks have been exhibited in relevant national and international festivals and art institutions, such as the XII Biennal of European and Mediterranean Young Artists, the Triennale di Milano and the MACRO. She has collaborated in the UK with Lazarides gallery and in France with the designer and gallerist Agnès B. She was one of the Italian artists invited to the La Tour 13 project in Paris. Her works have been appeared in numerous international publications including Le Monde Diplomatique, Vogue, Wooster Collective, Juxtapoz. 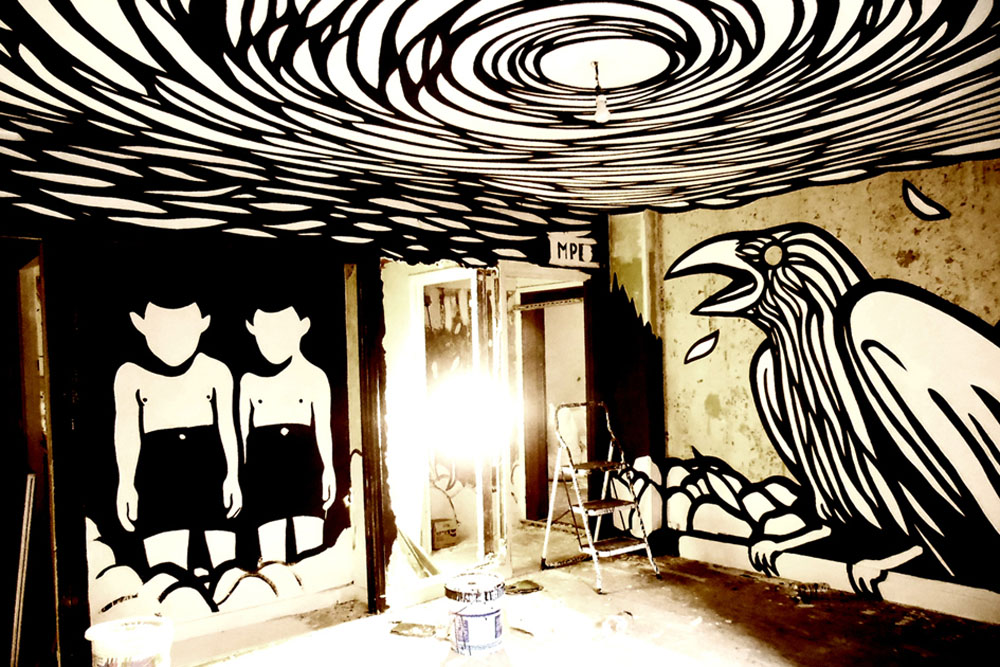 “Of Changes”, MP5’s first solo exhibition at Wunderkammern, will be an exploration of the concepts of randomness and chaos. As psychiatrist and theorist C.G. Jung underlines, Western Science is based on the concept of causality considered as axiomatic truth: everything has an explanation and a cause according to consolidated Natural Laws.

This vision is however opposed to the Eastern philosophy, that conceives the whole as an accumulation of the single components, and where randomness and exceptions are taken in consideration. One of the pillars of Eastern thought is the I-Ching, also known as the Book of Changes, one of the oldest Chinese texts dating back to 2000 years B.C. Method of divination and basis of the philosophy of Chaos, the book is meant to represent all possible states of change in the cosmos and human life. The Book of Changes represents for MP5 a starting point for a new interpretation of reality, that becomes in her artworks a reflection on the political crisis in the cultural and psychological spheres of the Western world. 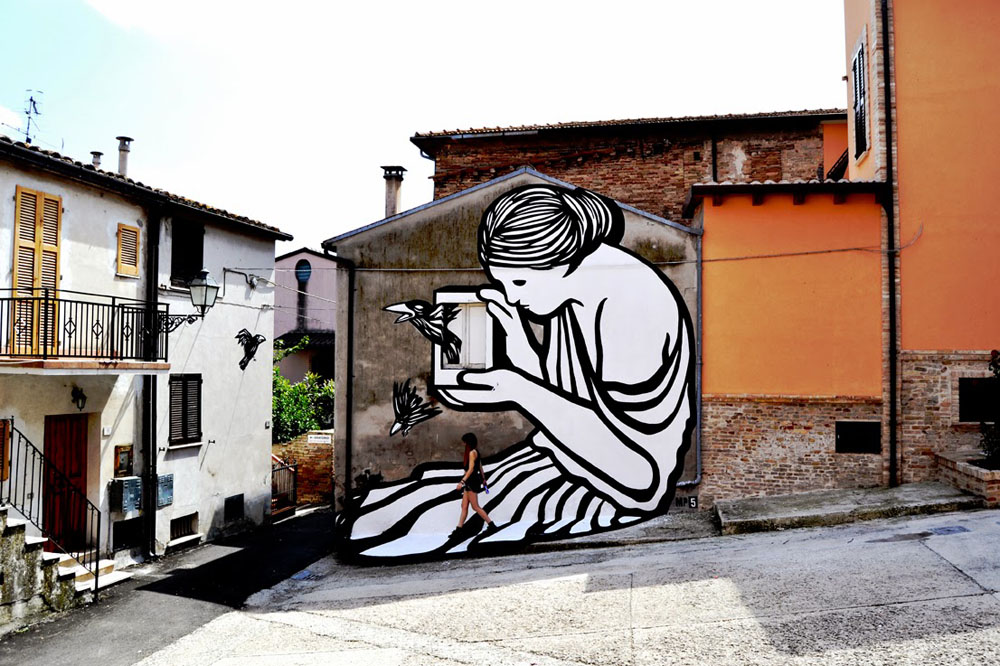 MP5’s project will consist in an exhibition, an outdoor intervention, an audio-video performance and a publication. At Wunderkammern, MP5 will present new artworks produced specifically for the show “Of Changes”: works on wood, works on paper and installations. The artist will do an outdoor intervention in the Torpignattara neighborhood in Rome. An audio-video performance will be held during the opening event, and the new book “Changes” will be presented in preview on this occasion. (from the press release)