Orestea at the Lenz Foundation

by Arshake
in Events, Festivals, focus

Four years of research, three different creations, six actresses on stage: this is the result of Maria Federica Maestri and Francesco Pititto’s engagement with the Aeschylean tragedy making its debut at the Festival Natura Dèi Teatri #25, an edition entirely dedicated to women’s expressive power and aesthetic importance in the contemporary artistic scene. 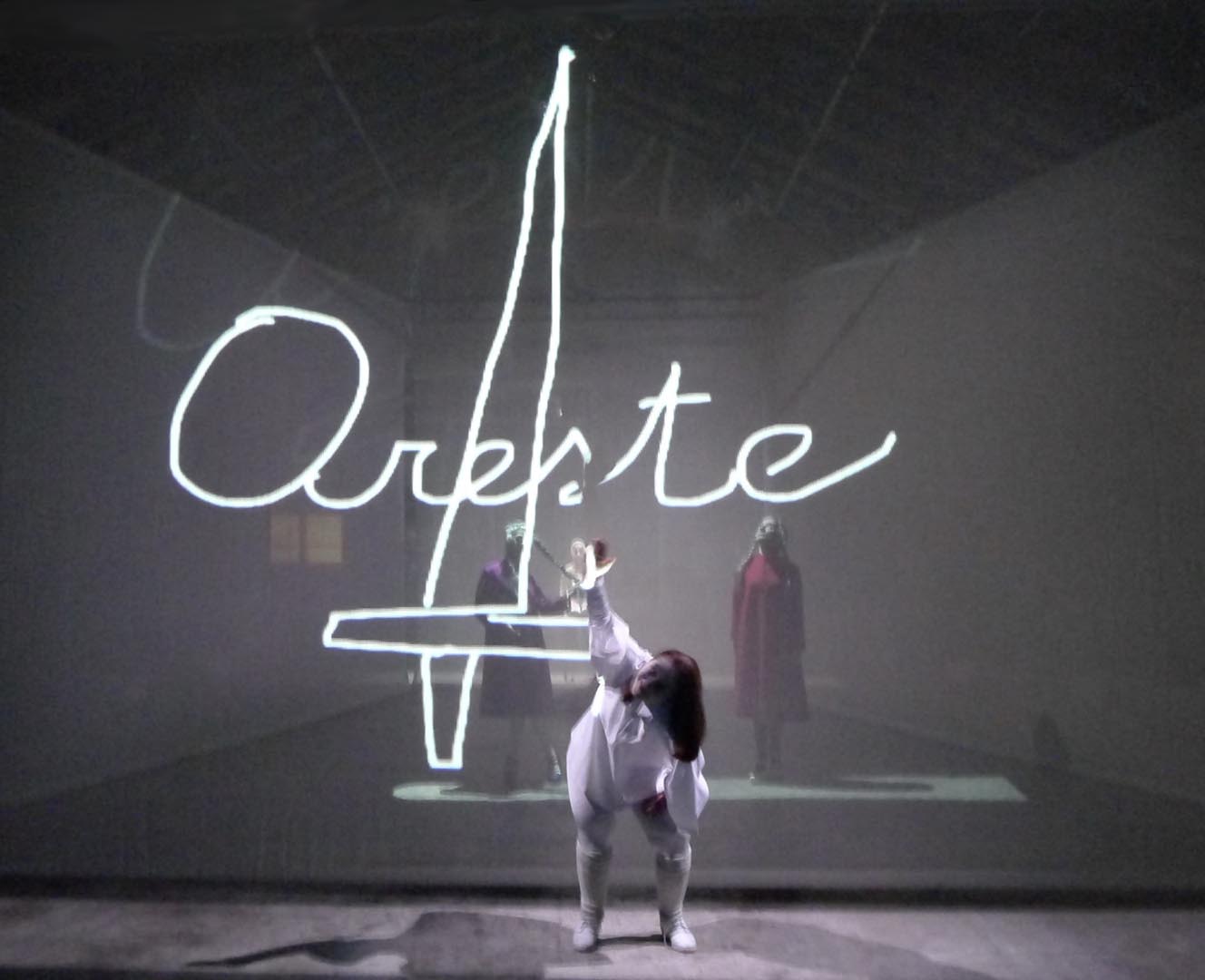 The theatrical project by Lenz Fondazione is devoted to the Oresteian Trilogy and consists of three works produced between 2018 and 2020 (#1 Nidi from Agamemnon, #2 Latte from The Libation Bearers and #3 Pupilla from The Eumenides), all of which will be presented together for the first time at the Lenz Theatre in Parma, from 13 to 20 November, as part of the twenty-fifth edition of the Festival Natura Dèi Teatri. This project is made up of interpretations of the performative and visual works of artists, from different generations and origins, and by the reflections of curators, scholars, activists and philosophers. “[This is] A very clear political and cultural message,” explains Maria Federica Maestri, “which in the year of Parma as the Italian Capital of Culture aims to highlight the expressive power and aesthetic importance of women in the contemporary art scene. 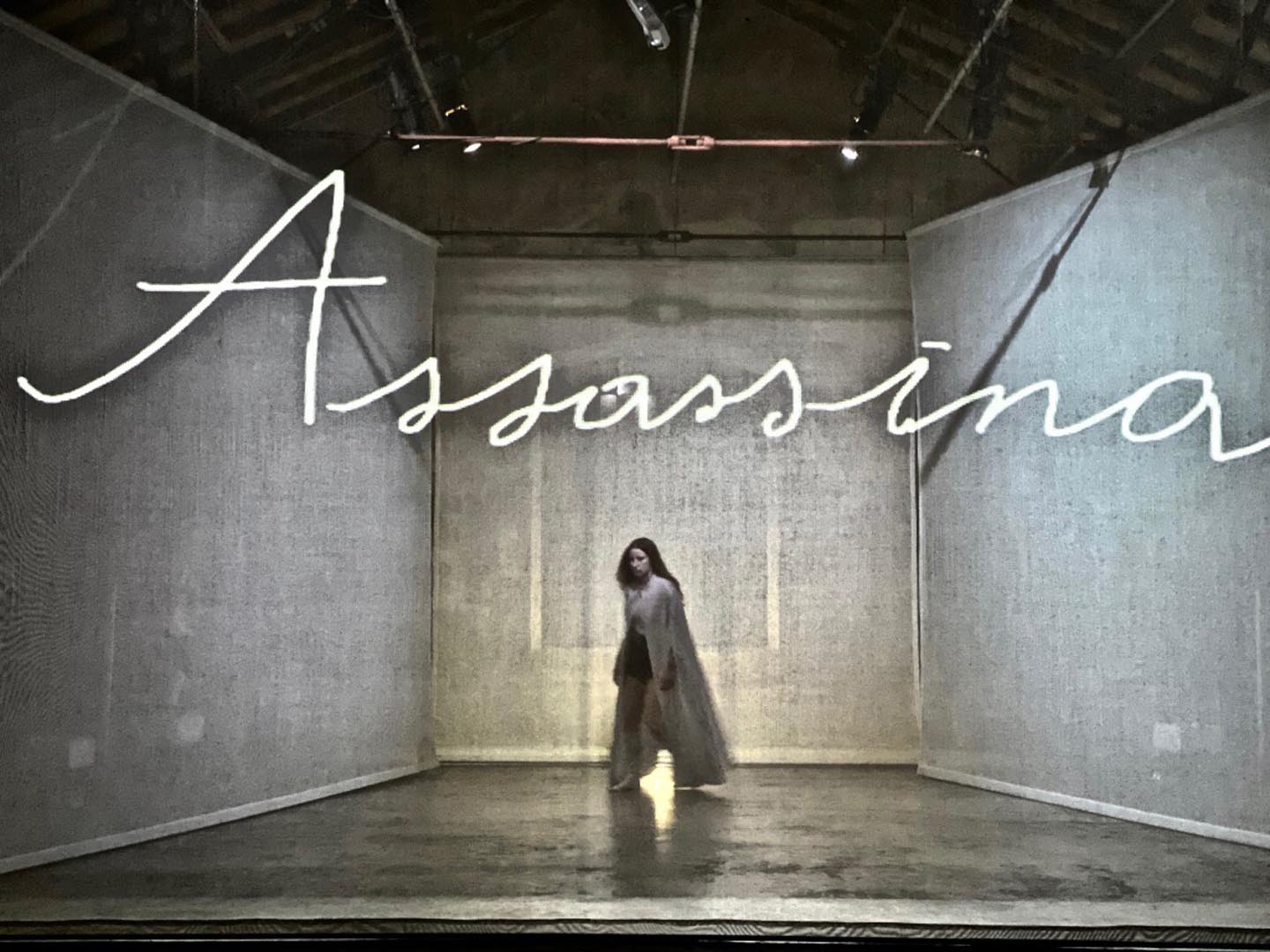 “The tragedies that make up Aeschylus’ Oresteia represent a single family story divided into three parts, whose roots lie in the mythical tradition of ancient Greece,” explains Francesco Pititto, who oversaw the dramaturgy and rewriting of the trilogy. “The murder of Agamemnon and his slave-lover Cassandra by his bride Clytemnestra (Agamemnon); the revenge of their son Orestes who, with the help of his sister Electra, kills his mother (The Libation Bearers); the hunting of the matricide by the Furies and Orestes’ final acquittal by the court of the Areopagus (The Eumenides)”. 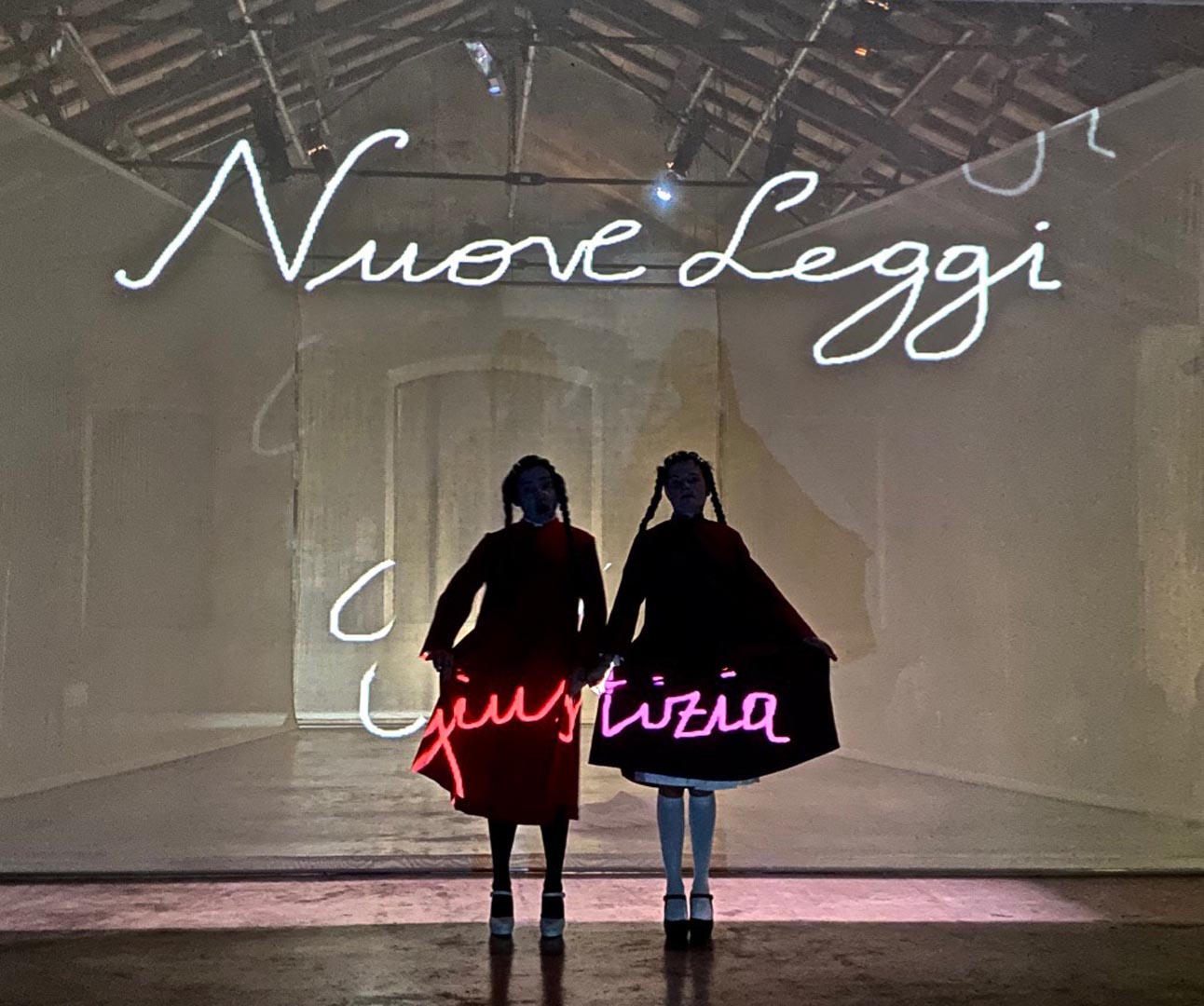 “For a contemporary reinterpretation of the tragedy’s origins, the ensemble’s sensitive actresses and historical actresses confront each other in an inescapable need for fusion and an intense scenic dialogue,” adds Maria Federica Maestri, director and author of the installation and costume designer for the work performed by Valentina Barbarini, Monica Barone, Lara Bonvini, Sandra Soncini, Carlotta Spaggiari and Barbara Voghera. “Superimposing its own ‘poetic signs’ on the classic tragedy, the House of Atreus saga is circumscribed by the aesthetic excess of characters’ psychic pathology, taking on the iconology of excess and violence as an object of theatrical investigation.  Constrained by mechanical hereditary connections into forced genetic conjugations, father, mother and children are determined by irreconcilable psycho-moral systems and inevitably destined to an irreducible chain of destructive fulfilment: Agamemnon sacrifices his daughter Iphigenia in order to obtain power and the gods’ favour; Clytemnestra kills her husband who is guilty of her daughter’s murder and, with him, the innocent Cassandra; and the children – Orestes and Electra – avenge the murder of their beloved father by killing their own mother.” 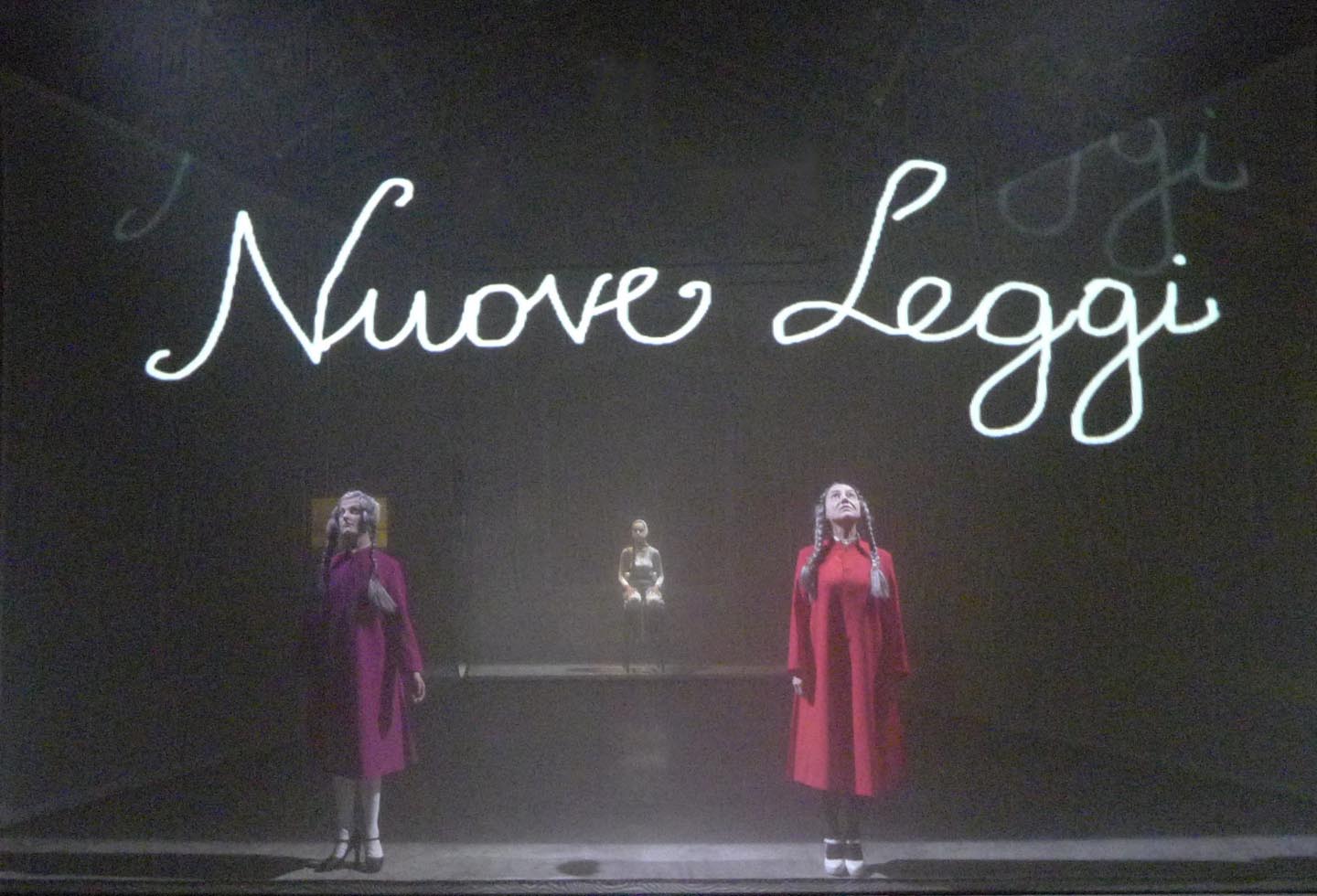 “We have not been artistically ‘devoured’ by the weight of the tragic chronicles of pain and death that have been delivered to us on a daily basis for many months now,” continues Maria Federica Maestri. “There are no direct traces of this in the theatrical representations that have been achieved in this period of pandemic war, because theatre is by its nature a tragic art, a work of mourning and catharsis, a place where the metamorphosis of evil/disease becomes a heroic experience of loss. This was taken into account, in formal terms, during rehearsals for the last part of the Oresteia, Pupilla: it certainly interfered with the modus performandi of the six actresses in the ensemble, who were not allowed to touch each other and who, in order to work safely, had to remain at a forced distance from one another. It was a matter of transferring their artistic suffering, their physical disempowerment, into conceptual enhancement; I tried to guide them in their search for an anti-rhetorical body, more attuned to inner feelings, capable of enhancing their emotional field with a new grammar of restraint. The theatrical installation has undergone a strong formal variation. It has been ‘ionised’, emptied of its material solids, acquiring a higher energy charge; it has become more vibrant, activated by a new virtual live meaning.”

Lenz’s Oresteia, which makes use of the powerful sound translation designed by Lillevan, one of the most celebrated artists on the international electronic music scene who has been collaborating with the ensemble for many years, will be performed on stage on the following dates: 13, 14, 17, 19 and 20 November at 7.30pm.

Natura Dèi Teatri #25 Festival will continue until November 26. You can find here on the website the complete and updated calendar of events.

FRAME > The Persistence of Chaos