Stefano Canto was born in Rome in 1974, where he graduated in Architecture (2003). He currently lives and works in the Italian capital. His work conveys the beauty of a place, encompassing the social implications inherent in the relationship between man and architecture. «My artistic research – stated Canto – began by observing the surrounding environment, perceived as a complex, polymorphous and polysemous reality made up of several elements that are continuously in contact with one other, each with its own identity and symbolic, evocative and communicative value». With this preamble, his work began exploring fields of research that included the semiotics of objects, architecture and places. Having reached a mature stage, his research concentrated on distorting the language of objects, by manipulating their very own structure. Since the end of 2009 he has shifted his focus from objects to places (natural, architectural, urban) with a growing interest for urban science, specifically «urban sprawl» i.e. an uncontrolled expansion of the metropolitan area at the expense of the surrounding environment. His work has been on display in several galleries and institutions including: MACRO (Rome 2012); Corpo 6 Gallery (Berlin, 2012); Carandente Museum (Spoleto, 2011); Rocco Guglielmo Foundation (Catanzaro, 2011); Wilson Art Center (Shanghai 2010); MAXXI and Temple of Hadrian (Rome, 2009); City Museum of Marble (Carrara 2013), Label201 (Rome, 2014). In 2014 his work was presented as part of «All That Fall», a personal exhibition in the Cappella dell’Incoronazione (Palermo), a converted space for the Riso Museum of Contemporary Art (Palermo).In 2005 he was awarded the Roma Award and in 2009 he received the Terna Prize.

Tao, one of the winning works of art that received the Terna Prize 02, is a photograph creating the effect of two hundred markers, the catadioptric material used for road signs. This is a part of his corpus of works that explore an area starting from its urban objects and elements.Tao views the development of an object differently, i.e. according to equilibrium of its parts. 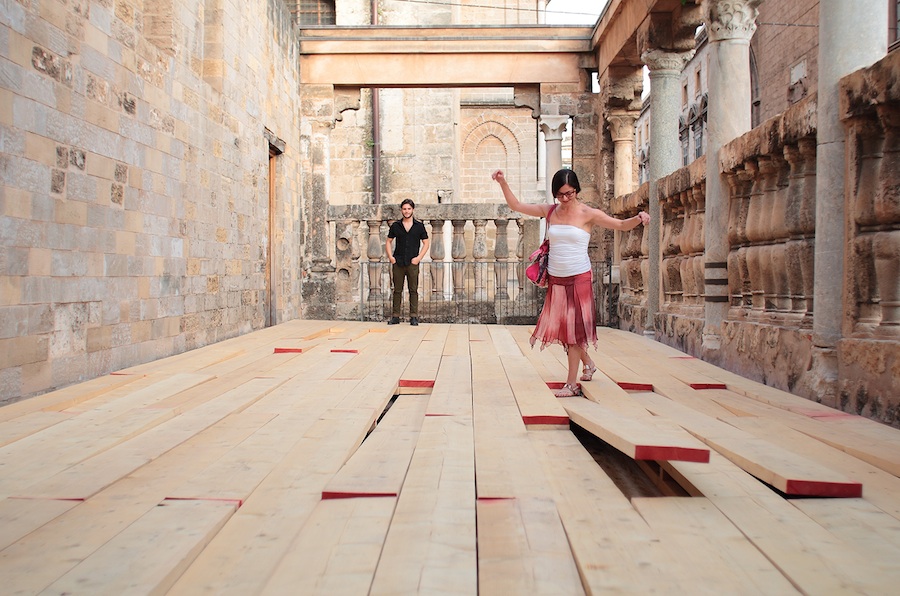 Artists certainly don’t have a dominant position within the art system. It is the art curators, collectionists, gallery owners, art critics, art advisers etc. who establish trends. Personally I prefer keeping contact with society in a broader sense and not with the limited world of contemporary art that often seems to be too self-referential. I am interested in meeting people with whom I can compare ideas, share experiences and create projects capable of focusing attention on specific dynamics and opening cross-cutting debates.

An heterogeneous public, not strictly connected to the world of contemporary art, actively took part in my last installation project All That Fall created in the Cappella dell’Incoronazione, RISO Museum (Palermo) with N38E13 and was entirely funded by citizens (Crowdfunding). The project was a success since people were able to interpret the work and considered it as part of Palermitan life.Possibly, by sharing and involving the public, who act as an integral and generating part of the art project, new rules can be determined and developed and above all can help art escape its current isolated status. 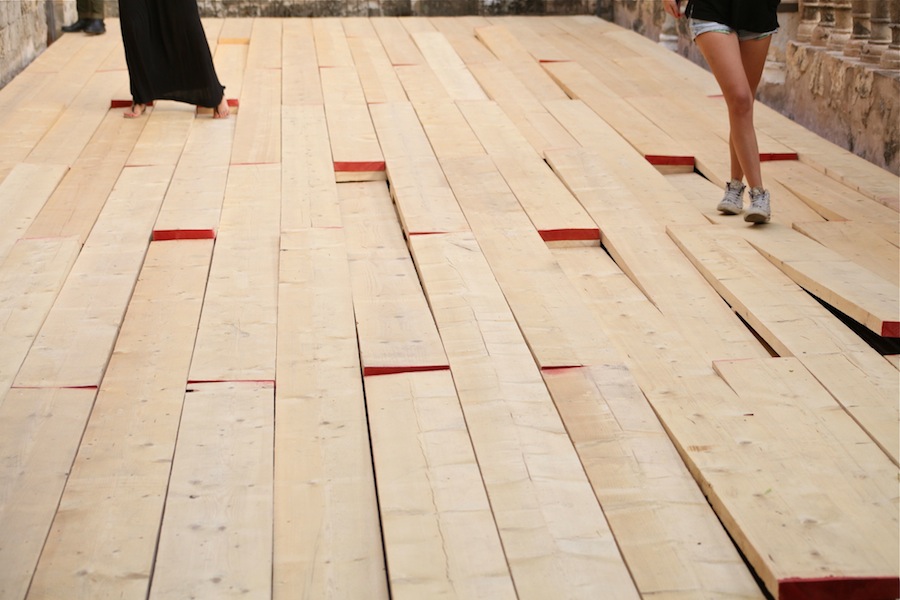 The Terna Prize issued, in one of its first editions, a foresight research on the condition of art in 2010-2015. The results provided insight on the current panorama. The results also indicated that the crisis would weaken any remaining dependency on dominant rules and ensure an increase of the social role of art. Do you believe this is actually happening?

Yes, I believe this is currently happening. The crisis led to a reinterpretation of several issues, a change of strategy and perspectives, by focusing on a re visitation of the social context, an art that is less of an exclusive feature for elites and more of an accessible and universal language.

How did your participation in the Terna Prize influence your experience and research?What real market and other opportunities has it led to? (Examples)

As a result of the award, I achieved a high degree of visibility on a national level and I believe this has led (for all award winners) to increased sales and new professional contacts.

On a political level a lot could be done to encourage the market (tax deductions, VAT reduction, possibly establishing a reduced rate following the example set by France) and to provide direct support to Institutions and artists (rent supplements, allocation of abandoned spaces for artistic purposes, research and study bursaries, funding etc.) as is the case in many other European countries. However I believe an increased awareness of culture by the political class is what would benefit Italy most, i.e. an acknowledgement of culture as a source of wealth to be protected and used responsibly, while encouraging a system based on meritocracy. Replacing incompetent managers with experienced professionals would appear as an obvious choice, sadly the opposite appears to be the case in Italy.

In my view the United States has set the most successful model: an incredibly strong market and the most performing museums in the world. The model set by the U.S. shows the incredible results that can be achieved when the private and public sector work together towards a common objective. 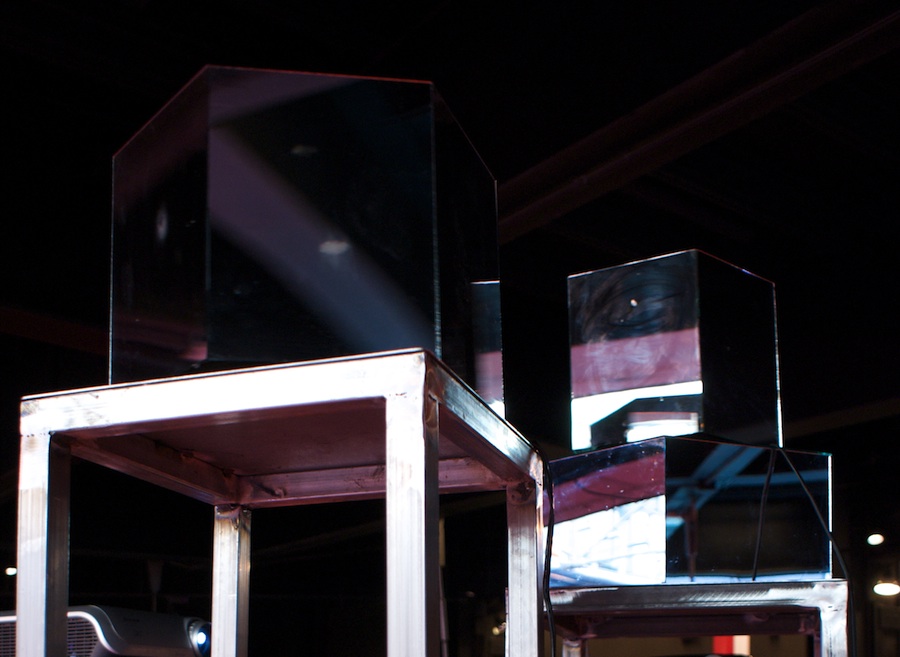 Could you tell us how you developed an interest for sprawl?

My degree in Architecture significantly influenced my artistic research. Concepts such as «diffused city», «sprawl», or «No stop City» theorized by a group of Archizoom Florentine architects, or the idea of «Monumento Continuo» by the Superstudio group, have provided the inspiration for many projects and works of mine. What interested me most of all was the concept of continuous area transformation (natural and architectural) and the relevant degenerative processes.

Your projects are mostly site-specific installations. Where would you position your type of work on the market? What form of funding would you consider ideal in order to persevere in your field of research?

A site specific installation is not easy to place on the market, especially in the current climate. The purpose of my interventions is to raise public awareness on issues concerning the social context and local areas. I am not interested in protesting against or exposing certain issues, what I’m trying to encourage is public debate and thought on specific topics, those I feel most urgent. Under ideal conditions, this purpose would be endorsed by public institutions and art patrons sharing the same objective. The recent project in Palermo was achieved with a crowdfunding campaign, by selling materials including preparatory sketches, drafts, photographs, project pamphlets. This proves how even individual citizens, each to a smaller extent, can make his/her contribution, thus overcoming common market rules. 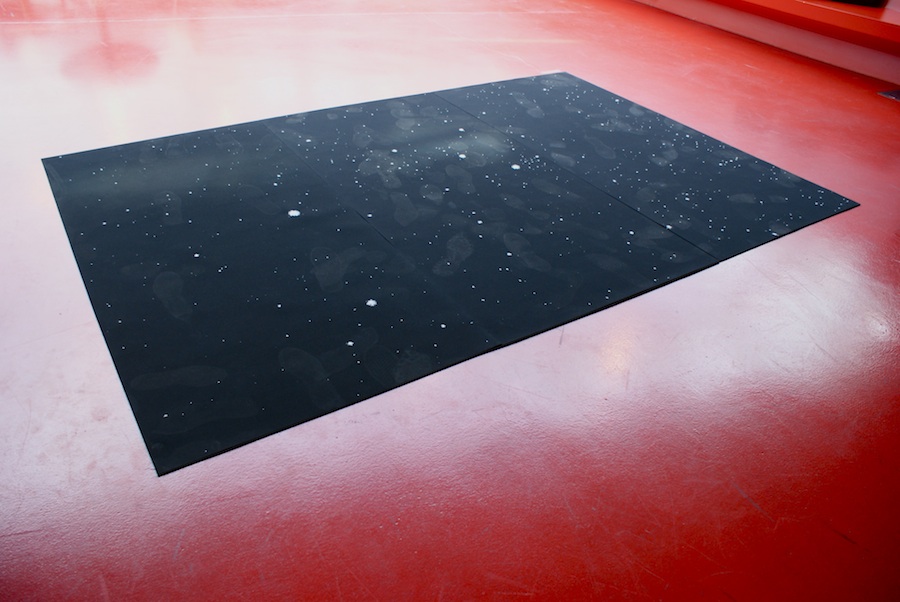 In what direction has your most recent research developed? Can you tell us about any future projects and plans?

For several years, my research has been attempting to gain insight on the relationships between local areas and their historical-social trends. I am currently chiefly engaging in two projects: a major installation for Rome Monument to Theo van Doesburg and an intervention for the Kochi Muziris Biennial in Southern India.

Terna is a company that provides energy to our Country. By committing to the Terna Prize it focuses on transferring energy to art and culture and creating a network to support and develop talent. Do you think that the Terna Prize formula is still relevant today as a means of promoting art? Do you have any suggestions for the next edition?

I did not follow the latest editions, but with reference to the second edition, the one I was involved in, I believe it was organized excellently: purchasing winning art works, awarding residencies in prestigious foreign institutions, displaying the winning works at MAXXI, the Temple of Hadrian, the Supec in Shanghai etc. I sincerely hope that Terna manages to maintain this standard and I would suggest to further consolidate the company’s relations with Italian and international institutions. 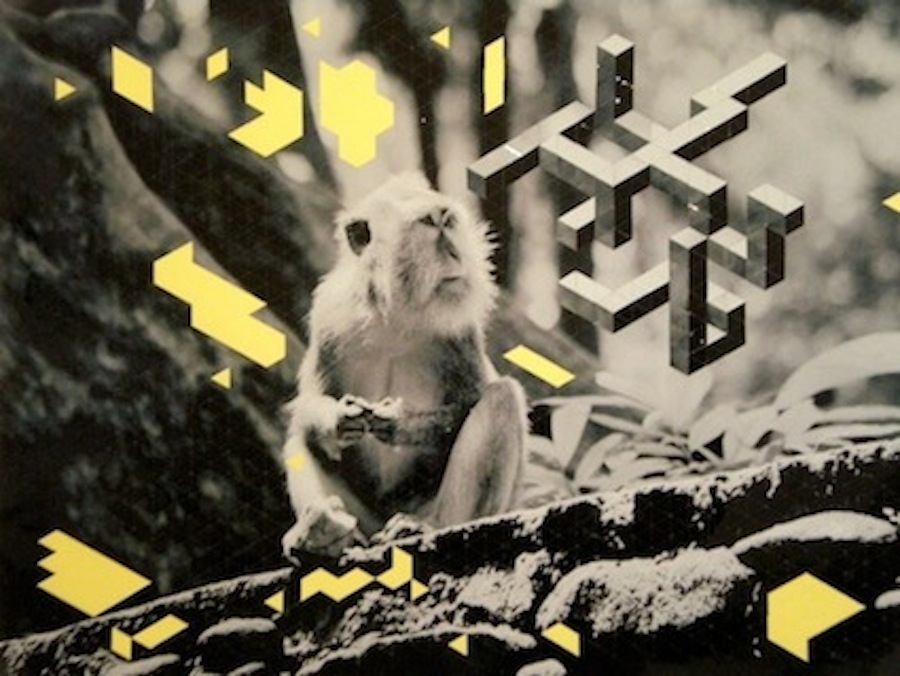