by Arshake
in focus, Tempo Imperfetto 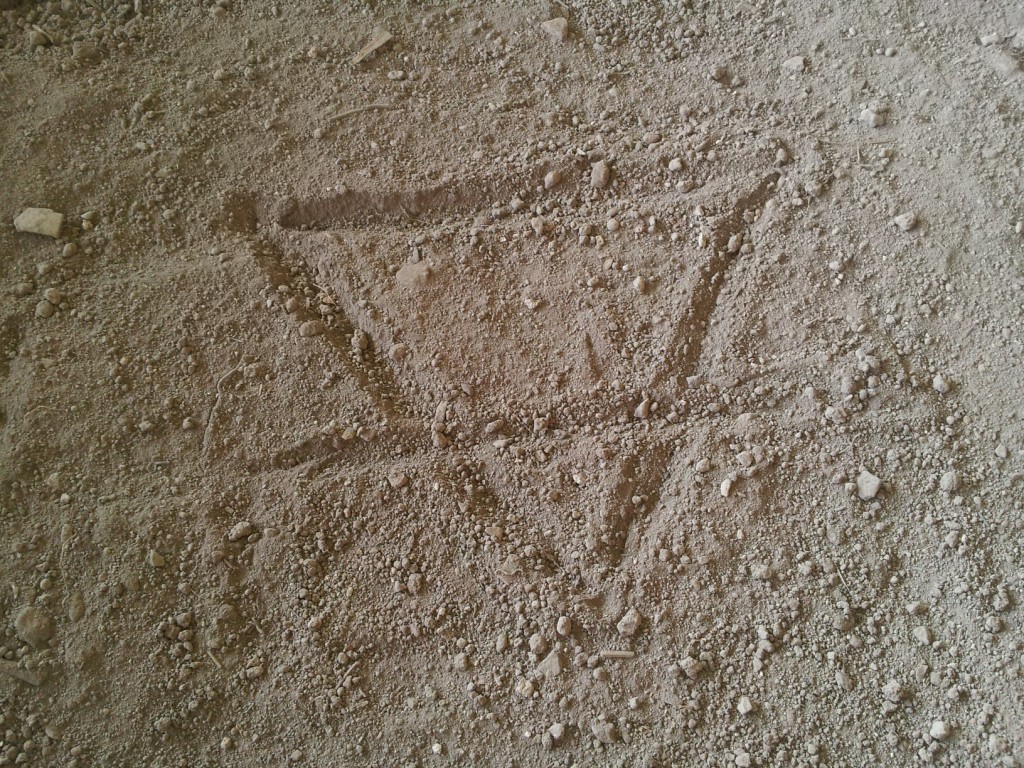 The project Leggerezza della terra [The Lightness of Soil] by Ivano Troisi, is the fifth and last installment of the cycle Tempo Imperfetto, curated by Antonello Tolve and Stefania Zuliani at the Museo Archeologico Provinciale of Salerno. A new insight into the process of treating hand-made paper with vegetal and mineral pigments distinguishes the work of Ivano Troisi (b. Salerno 1984) that focuses on earth and soil and, more particularly, on one of the first archeological inquiry devoted to stratigraphy. The exhibition opens with a large installation in cotton paper entitled Leggerezza della terra [Lightness of Soil] (2014): positioned between the first and the second floor of the museum it allows to see, as in a watermark, an alchemic symbol alternately representing air or earth according to the position of the viewer. Ornamento [Ornament] (2014), placed against a wall and realized in dry printing on paper mixed with earth, visually reconstructs the appendages that were usually attached to female clothing shaped in concentric circles: in this case, to a funerary dress in oriental style. Also made in cotton paper is Trasparenze [Transparencies] (2014), a work applied to a window from where a neon-light externally projects the drawing of a horse reminiscent of a piece of jewelry kept in the museum. Finally, hanging next to the large installation placed at the beginning of the exhibition, we find Memoria [Memory] (2014), a banner-shaped work evoking some decorative elements and citing the phantasmagorical frottage of Elephas antiquus’ lower jaw.

Ivano Troisi was born in Salerno in 1984. He lives and works in Rome where he graduated from the Accademia di Belle Arti. Among his personal exhibitions it should be mentioned Leggerezza della terra, Tempo Imperfetto. Sguardi presenti sul Museo Archeologico Provinciale di Salerno, at the Museo Archeologico Provinciale in Salerno, a project of the Fondazione Filiberto Menna – Centro Studi di Arte Contemporanea, curated by Antonello Tolve and Stefania Zuliani; two exhibitions held at the Galleria Tiziana Di Caro in Salerno (2012 and 2014); Vertigine [di]segno, LU MI project, Palazzo Montoro, Rome, curated by  Gino Pisapia (2012).