Ren Hang is a young Chinese artist who was born in 1987 in Changchun, a city in the Jilin located in the northeast of the People’s Republic of China. He studied advertising at the University of Peking, where he lives and works. His works, published in six monographs, all share an identity that is deliberately explicit and provocative. Hang explores the idea of freeing the body from its restrictions, focusing attention on forms and expressions, capturing with his lens everything that is exaggerated, absurd and extreme that a body in movement (often nude) is capable of expressing. The brazenness of the models and their poses portrayed by Hang are not highly regarded in China, a country that forbids nude exposure. Hang received an invitation from artist Ai Weiwei to participate in “Fuck Off”, a group exhibit presented in the Netherlands to familiarize the public with the artistic scene in 21st century China. Hang exhibits and collaborates mostly with institutions outside of his homeland. In 2014 his work was displayed at the Galerie Nicolas Hugo (Paris) Copenhagen Photo Festival, Fotoleggendo (Rome), Vasli Souza Gallery (Malmo, Sweden), the International Contemporary Art Fair (Vilnius, Lithuania) Stieglitz 19 (Brussels) Stichting Mediamatic (Amsterdam) and in Beijing at the Three Shadows Gallery and the Three Shadows Art Centre. In 2013 his work was shown at the Galerie Jane Zhang (Frankfurt), Museums Quartier (Vienna), Unseen Photo Fair (Amsterdam), Street Level Photoworks Gallery (Scotland), Photo Off (Paris), the Museum of Contemporary Art, (Shanghai) and Camera16 Gallery (Milan). In 2012 he exhibited at the Oriental Museum (Stockholm), CAFA Art Museum (Beijing), Multimedia Art Museum (Moscow) and the Iberia Center for Contemporary Art (Beijing).

No name, one of the winners of the Terna Award 03 in the Connectivity category, portrays a woman who has neither name nor meaning. The artist’s only interest is to have as many people see it as possible. «Art is a personal and subjective thing. It is born of the relationship you have with yourself because the only way you can communicate with others is through your own way of feeling things». (Ren Hang)

What is the role of the artist in today’s art circuit and today’s society?

I don’t know how to answer that question. I am not that familiar with contemporary art.

In one of its first editions, the Terna Award published a provisional study on what would be the condition of art from 2010-2015. The results opened a window onto what is actually today’s art scene. Among other things, the study mentioned fact that the financial crisis would have led to society overcoming its dependency on primary rules as well as to a social commitment on the part of artists. Is that what is really happening at the moment?

What kind of influence did your experience at the Terna Awards and the research you did for it have on you? What kind of concrete results, including those offered by the market, did this experience bring you?

My participation in the Terna Award was a particularly important experience for me. But I am not all that concerned with the opportunities of the market. 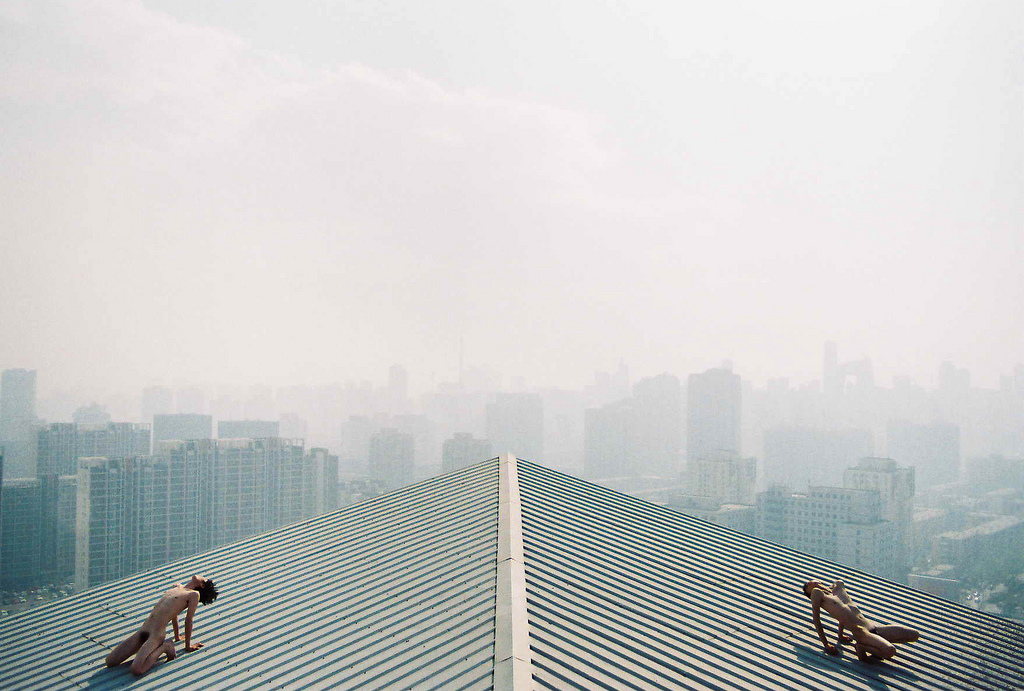 In what direction did your most recent research take you? Can you tell us a bit about your upcoming projects and goals?

I have never done any research for my work.

Terna is a company that provides energy to our country. Its commitment to the Terna Award focuses upon conveying energy to art and culture, creating a network to support and develop talented artists. Do you think the formula adopted by Terna for its award is still suited to promoting art in this day and age? Would you have any suggestions for the next edition?

Art really needs to be promoted through the power of action.