1 to 4 December 2022 sees the return of 1Metro Under the Metro, the widespread exhibition of interactive underground art curated by Arianna Forte and organised by Fusolab 2.0 in collaboration with ATAC and Flyer

1 to 4 December 2022 sees the return of 1Metro Under the Metro, the widespread exhibition of interactive underground art curated by Arianna Forte and organised by Fusolab 2.0 in collaboration with ATAC and Flyer. Seven interactive and new media art works, exhibited in three stations of Rome’s Metro C – Pigneto, Teano, Gardenie – for the last “stop” of a three-year project that in previous editions has registered over 15,000 visitors and involved a total of 20 artists and 8 stations of the capital’s third metro. The project, promoted by Roma Capitale-Assessorato alla Cultura, is the winner of the Public Notice Contemporaneamente Roma 2020-2021-2022 curated by the Department of Cultural Activities and is realised in collaboration with SIAE.

The exhibition, entirely free of charge, will be open from Thursday 1 to Saturday 3 December from 12 noon to 8 pm with a special new feature: every day, at 5.30 pm and 7 pm, curator Arianna Forte will take visitors on a guided tour to discover the installations on display, accompanied by the project’s protagonists. The exhibition area is located outside the metro turnstiles, so no ticket or Metrebus pass is required to enjoy the event. There will also be workshops, free of charge with reservations, this year led by the artists Ginevra Petrozzi, Collettivo C.I.R.C.E. and Nexus, scheduled for Saturday 3 and Sunday 4 December in the spaces of Fusolab 2.0 in Viale della Bella Villa 94.

The stops and installations 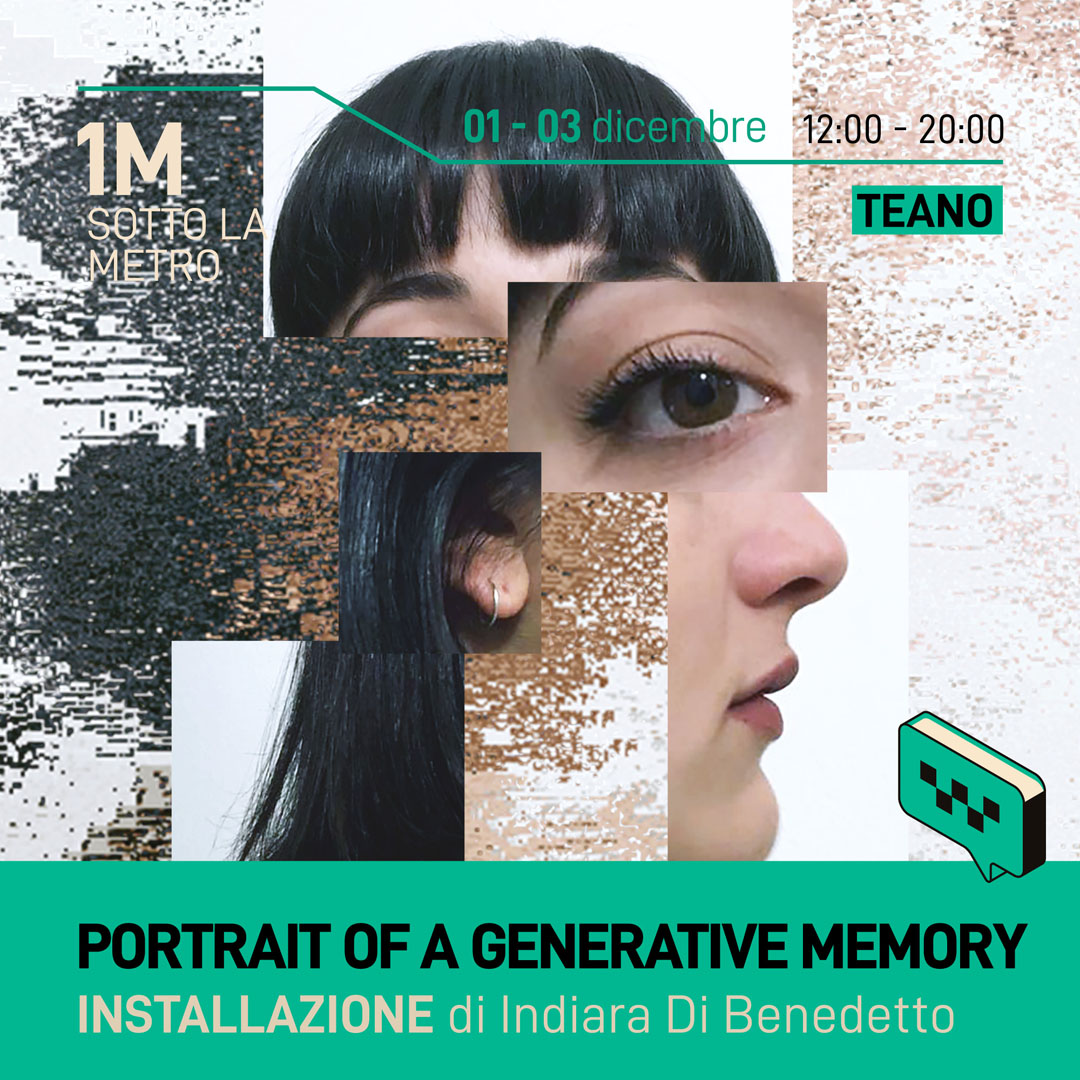 Pigneto-> “Portrait of a Generative Memory”, by media artist Indiara Di Benedetto, interweaves new technologies with organic materials and reflections on archaeology. In this installation, the lukasa, an ancient mnemonic tool from the Congolese tradition, is “augmented” with digital technology, inviting the viewer to generate a series of abstract and unrepeatable portraits from the personal memory of a face. 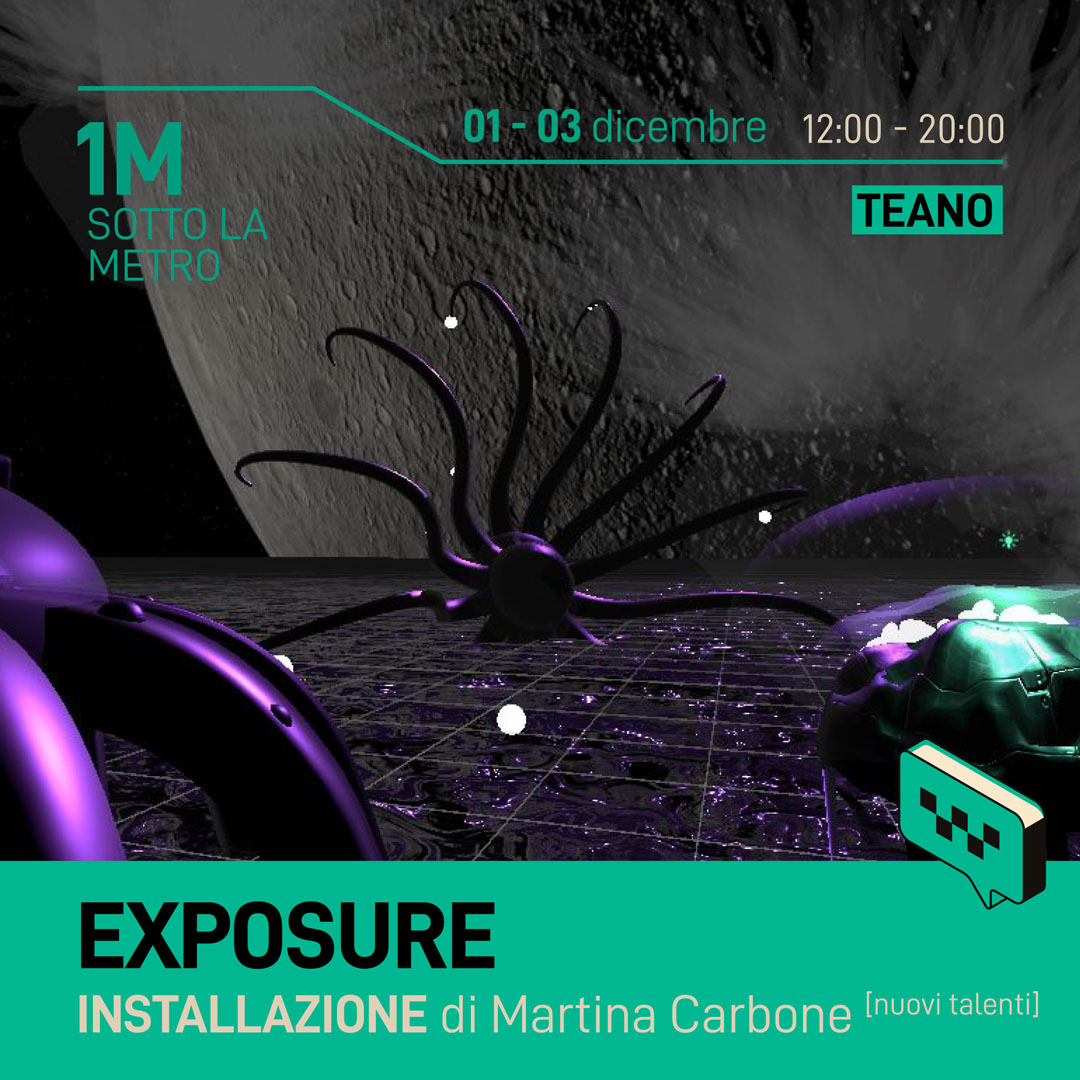 Pigneto-> “Exposure” is a virtual reality installation by emerging artist Martina Carbone that investigates the relationship between technological media and the sensory aspects of experience, immersing the public in a dystopian future where human beings will be almost extinct and now locked up under glass in a museum run by post-human creatures. 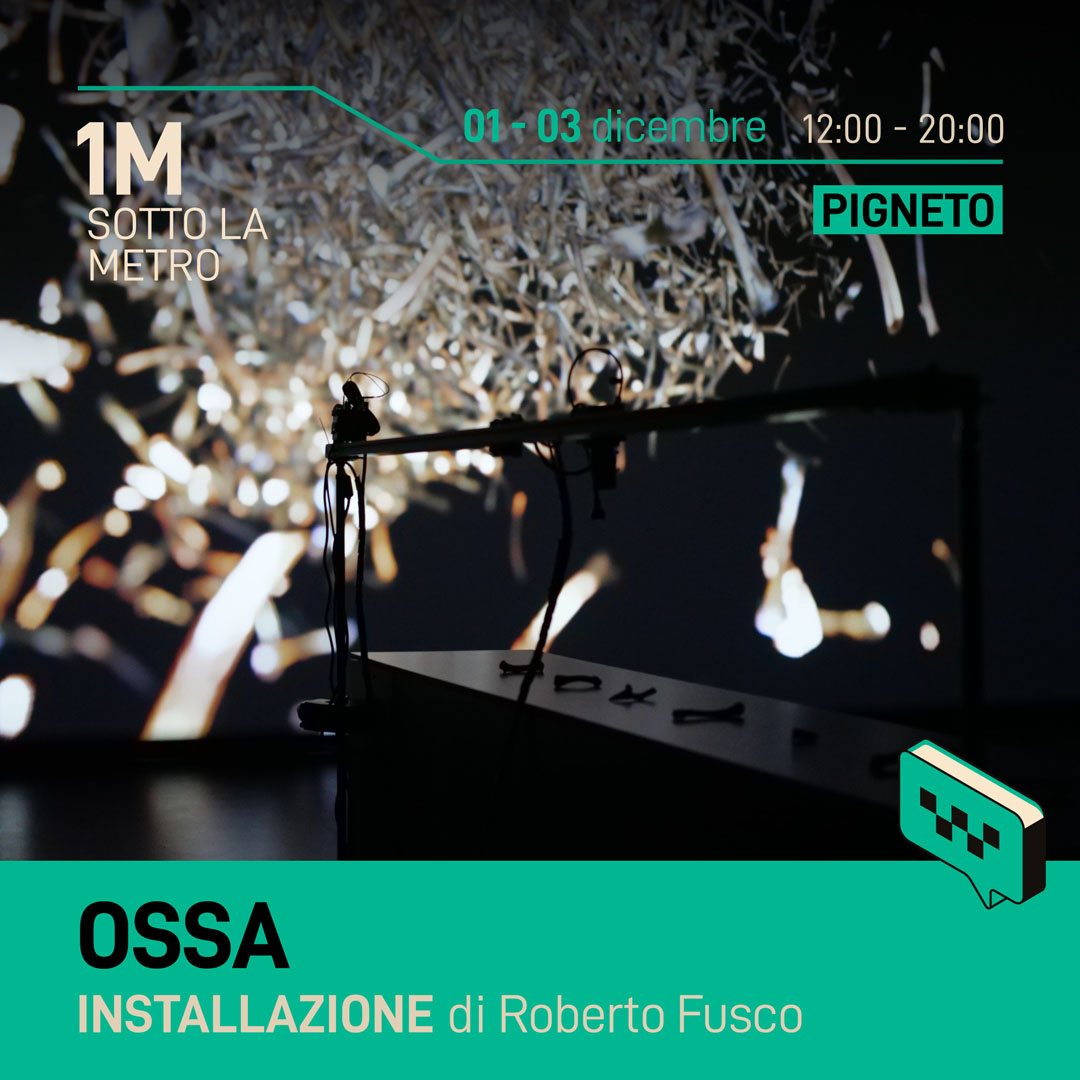 Teano-> “Ossa”, the interactive installation by the Italian artist transplanted to Helsinki Roberto Fusco, reflects on the similarities between the human and animal species through the act of incarnation, allowing the viewer to observe their own body transformed into that of another being. 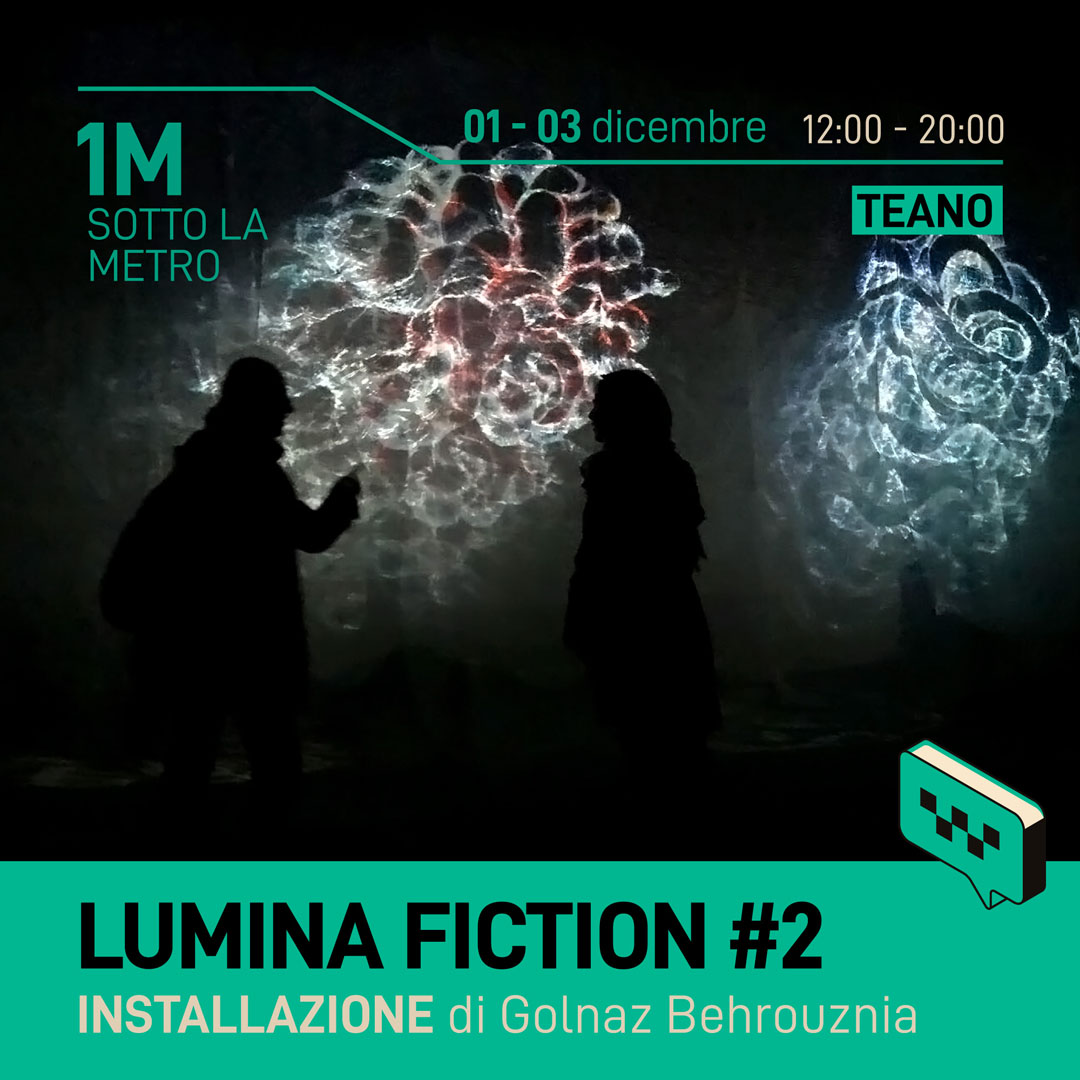 Teano-> “Lumina Fiction #2”, by Paris-based Iranian artist Golnaz Behrouznia, is a huge immersive installation reproducing a virtual ecosystem of luminous microorganisms interacting with each other and with visitors. 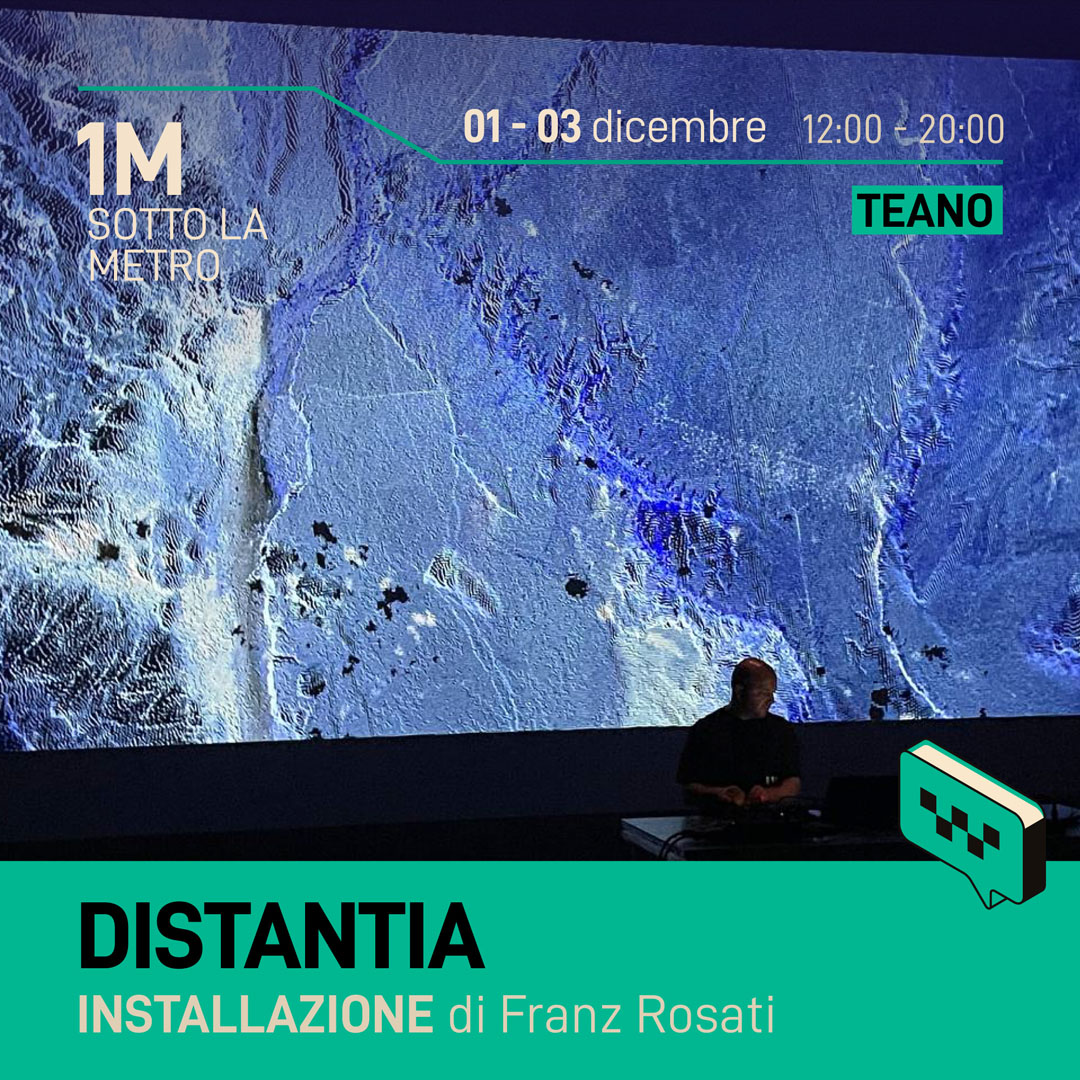 Teano-> “Distantia”, by Roman musician and digital artist Franz Rosati, is a multimedia audiovisual project that, through the assemblage of images obtained by satellite, reflects on how distance can mediate our ability to observe. 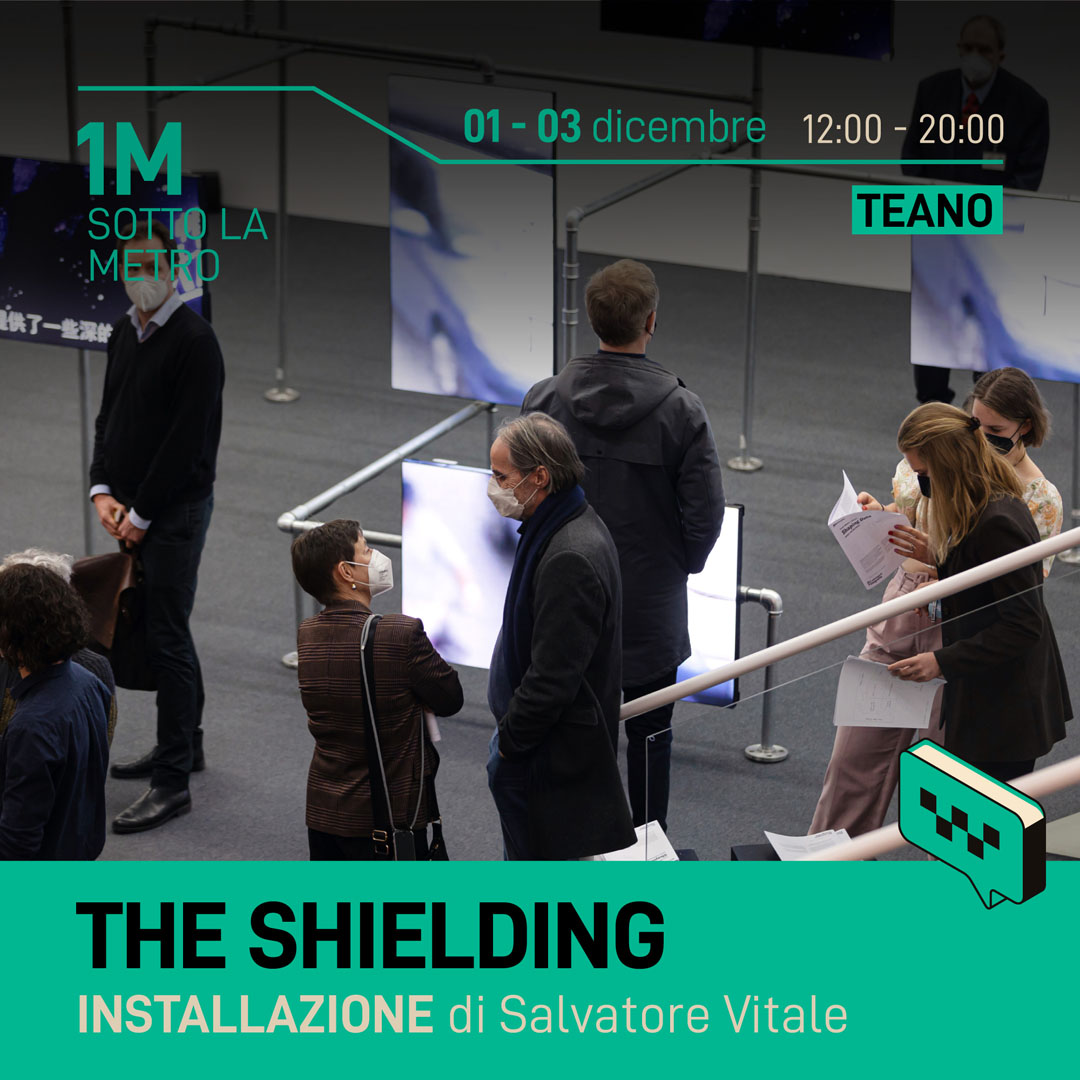 Teano-> “The Shielding”, by Palermo artist and photographer Salvatore Vitale, is an audiovisual investigation into the pervasiveness of technologies on critical thinking. An artificial intelligence composes a video narration that changes in real time according to the input it receives from the audience. 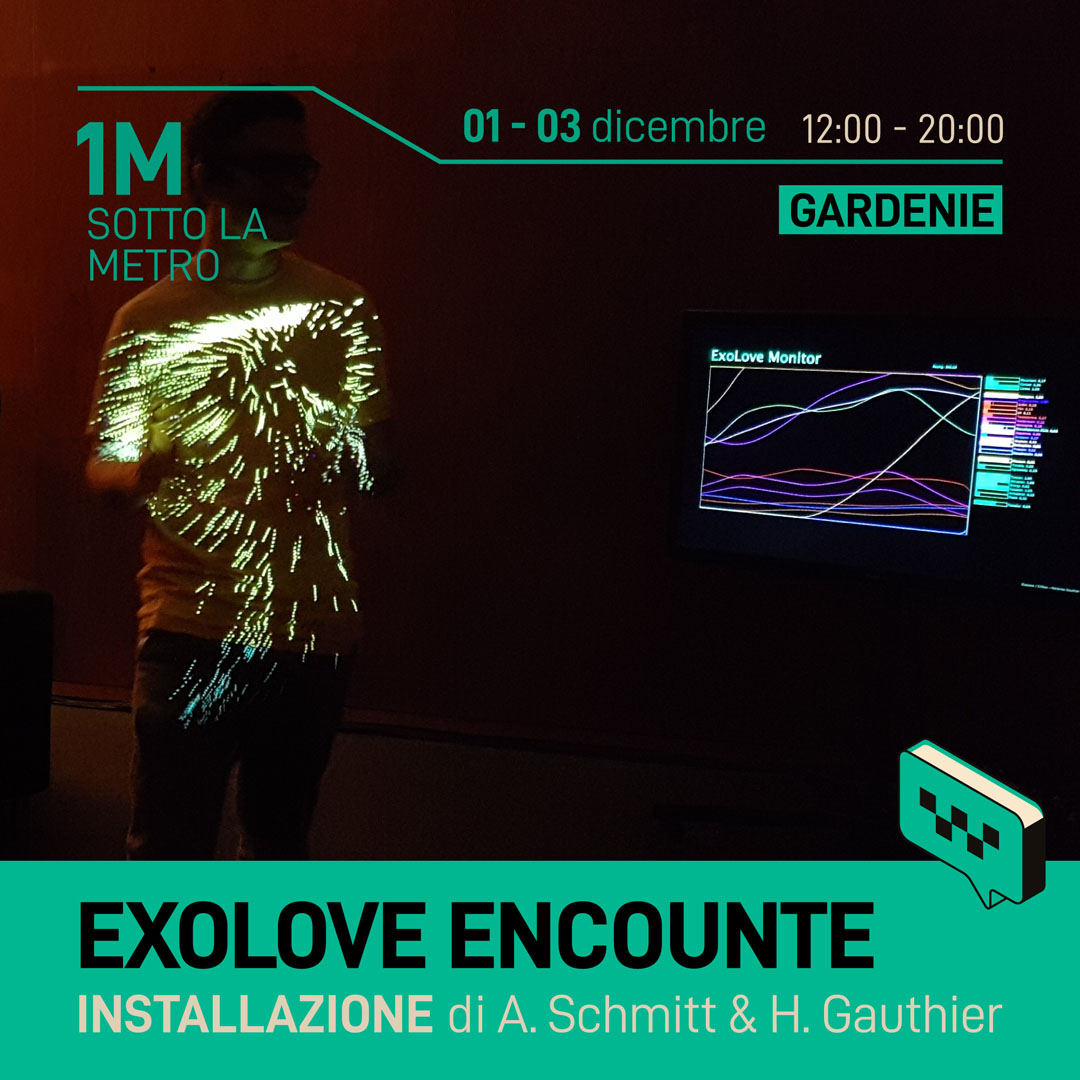 Gardenie-> “Exolove Encounter”, by the French artists, programmers and researchers Antoine Schmitt and Hortense Gauthier, is an installation animated by an artificial creature composed of pixels and sounds capable of experiencing – real – pleasure when in contact with the viewer. The creature reproduces a real ‘artificial hormone’ and proposes an alternative sensory approach to the cognitive approach of artificial intelligence.

“The installations and workshops on the programme are visionary and critical reflections on the future of our planet and possible interactions with other species and intelligent technologies. A certainly ambitious third and final edition that is proud to host artists of international calibre.” (Arianna Forte, Exhibition Curator ‘1Metro under the Metro’)

1Metro sotto la metro is an immersive experience, designed to involve the ‘passing’ public, which finally becomes the protagonist of a space that is distractedly crossed every day without ever really being experienced. Metro C stations thus become dimensional doors and the works on display are passages leading to new points of view on the world and to new stations of the imagination.