A Tile, Some Milk, a Machine and Logistics: Emilia Romagna at the MAST Foundation 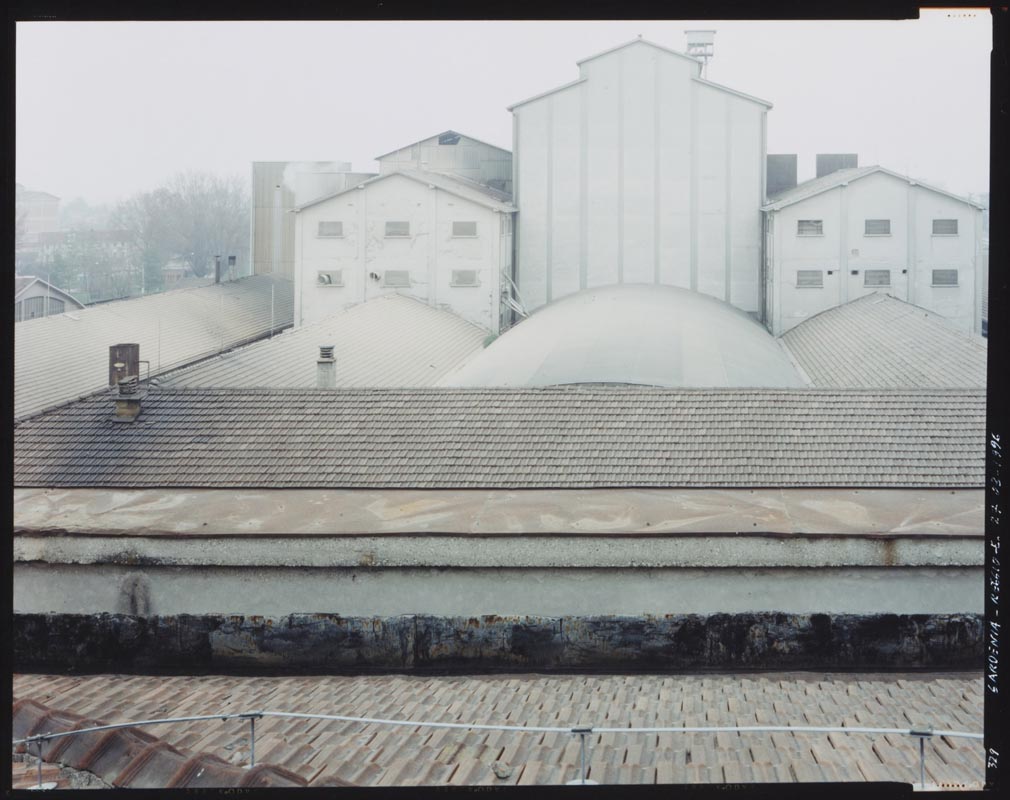 In Bologna until 25th September and part of the MAST Foundation’s summer programme, is an exhibition that tells the story of a cultural horizon whose traces, hidden among the history of objects, landscapes, faces and locations – past and present – which look to the building of the new and show the nostalgia of the future, portray Emilia-Romagna at work in order to summarise the changes (sometimes the upheavals) of an entire country. The cross-section offered by this summer exhibition is actually a view of a brilliant Italy (after all, isn’t Italy a nation founded on work, whose sovereignty belongs to the people, who exercise it in the forms and within the limits of the Constitution?), which displays the endeavours, the conquests, the satisfactions and the luminosity of a land seduced by the desire to transform the lot of society for the better. But it’s also a view of an economic techno-development which not only makes human work arid and redistributes the spaces of everyday work, but also turns the exploited into the interpreted through a revolution of control (Kucklick).

Like an inventory of economic development, a catalogue of time, space and objects, Ceramica, latte, macchine e logistica – Fotografie dell’Emilia-Romagna al lavoro illustrates the adventures of a brilliant region which, despite the blows of recent economic strategy and profound industrial changes, “has managed to preserve a system of values based on the ethics of work and collaboration”. 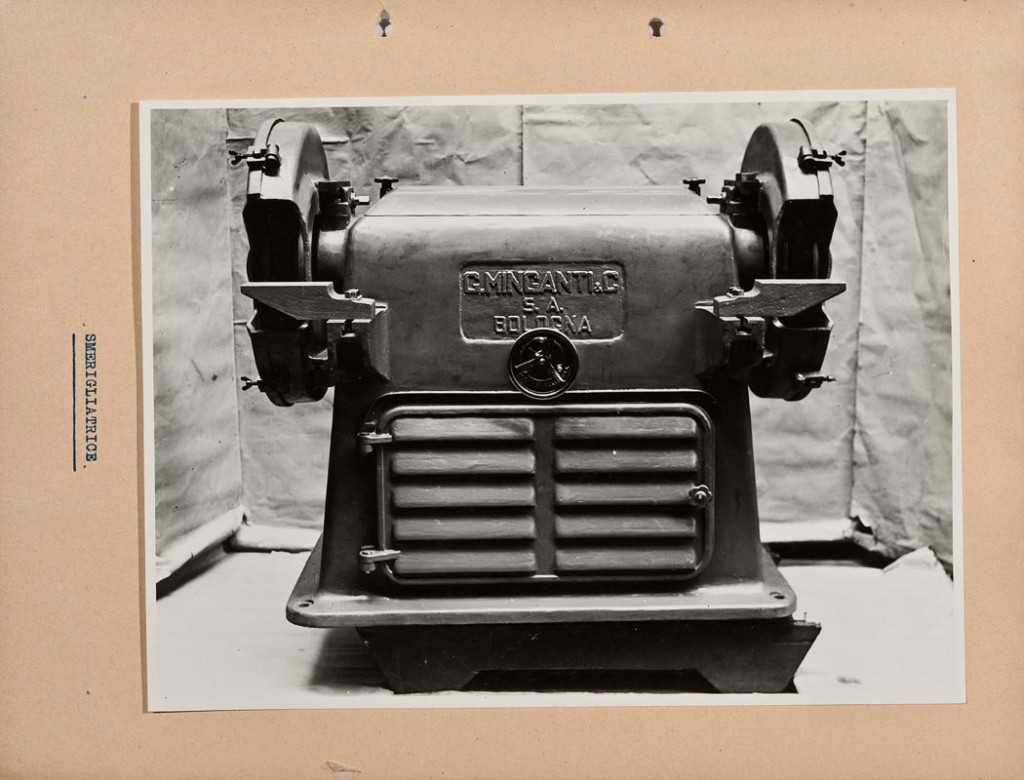 A wonderful Ritratto d’operaio (Portrait of a Worker) (1955) by Enrico Pasquali, alongside the image of a Smerigliatrice (Grinding Machine) (thought to be from the same year) from the Fondo Mignanti, starts the journey to depict the magical climate of the past and invite us to reflect on and interpret the world – increasingly ephemeral, fluid, liquid – in which we live. We then come across an unexpected and extraordinary still from Michelangelo Antonioni’s film Deserto rosso (Red Desert); (the image was taken in 1964 and is attributed to Sergio Strizzi / Enrico Appetito), placed beside and in opposition to – the exhibition’s narrative is “organised in pairs of counterposed images”, Mast Photogallery curator Urs Stahel points out – a shot by Gabriele Basilico from 2008. There is an astonishing group portrait, both fanatical and jarring, by Simone Donati whose title says it all: Nostalgici riuniti al cimitero di San Cassiano per l’anniversario della morte di Benito Mussolini (Nostalgics gathered at San Cassiano cemetery for the anniversary of Benito Mussolini’s death) (not forgetting that in the same year – 2012 – there was also a worrying mass for the dead held in his honour in Salerno). 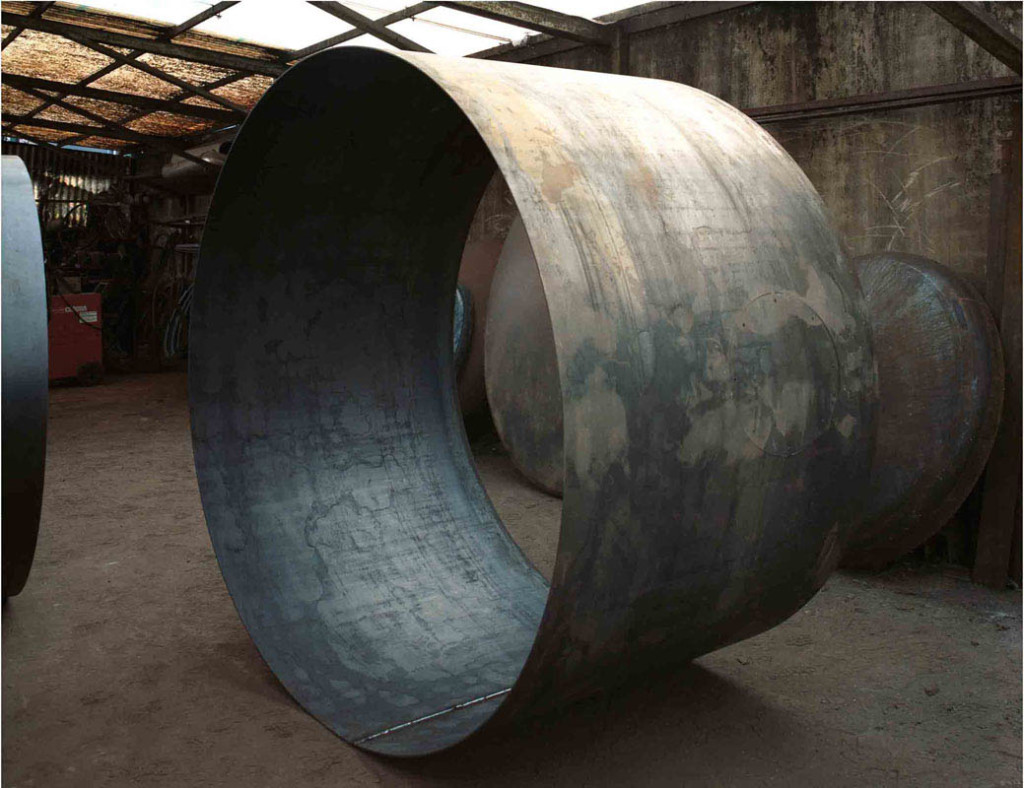 These images, and others by prominent photographers (William Guerrieri, Paola De Pietri, Carlo Valsecchi, Tim Davis, John Gossage, Walter Niedermayr, Bas Princen, Marco Zanta, Guido Guidi, Olivo Barbieri, Franco Vaccari, Lewis Baltz, Simone Donati), are tasked with freezing, remembering, recounting “the way in which manufacturing structures disappear, to be replaced by new, highly technological systems; how a traditional landscape and a place of ancient skills is juxtaposed with the new areas of the advanced tertiary sector, of commerce, technology and acceleration, and how similar phenomena can be found not only in the mechanics and ceramics industries, but also in food production and small business” (Stahel).

The journey is made more dynamic by a series of videos by Lewis Baltz, Tim Davis, William Guerrieri and Franco Vaccari which speak of Italy at work, its conquests, its evolutions and involutions, its desire to grow and to dream.

Lastly, the exhibition is completed by a section of significant volumes on Emilia-Romagna’s places, realities and contexts. These include Terre dei Canossa by Axel Hütte and In riva ai fiumi vicino ai ponti by Vittore Fossati. And to finish is an unmissable documentary, Le radici dei sogni. L’Emilia-Romagna tra cinema e paesaggio – by Francesca Zerbetto and Dario Zanasi, which depicts the years, months, days and hours of today, yesterday and tomorrow.