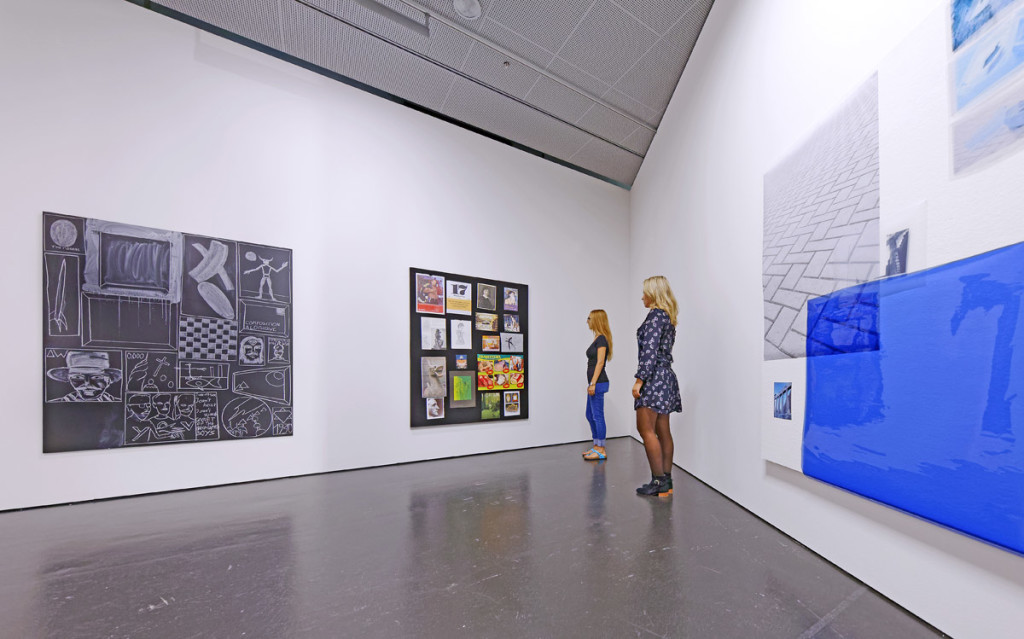 On the occasion of the 150th birthday of Aby Warburg (1866-1929), the ZKM, in Karlsruhe, is exhibiting a complete reconstruction of his Bilderatlas in original size. All panels will be provided with detailed commentary for the first time. In addition, two of the total 63 panels can be exhibited for the first time since 1929 as exactly as Warburg himself had in mind: with the original images from the Warburg Institute in London. Furthermore, 13 “artists’ panels” which have been exhibited by contemporary artists for this occasion can be viewed. Among the artists featured are Linda Fregni-Nagler, Andy Hope 1930, Sarah Lehnerer, Jochen Lempert, Jannis Marwitz, Paul McCarthy, Olaf Metzel, Matt Mullican, Albert Oehlen, Tal R, Elfie Semotan, Christian Vind and Peter Weibel. This revision demonstrates that the Bilderatlas found much greater acclaim and recognition in artistic circles than among art history experts. Aby Warburg. Mnemosyne Bilderatlas follows the exhibition ATLAS – How to Carry the World on One’s Back, curated by Georges Didi-Huberman, which was exhibited with great success in 2010 at ZKM. 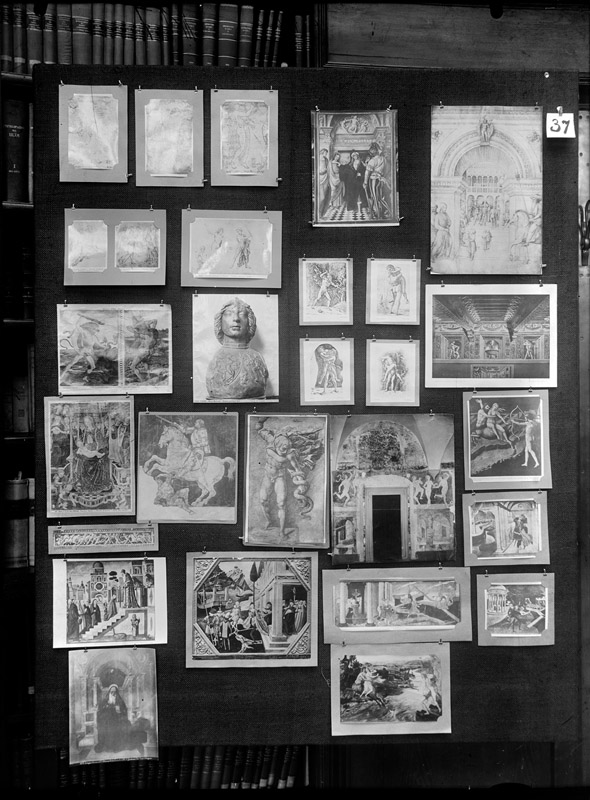 The Mnemosyne Atlas, which was compiled between 1924 and 1929 by Warburg and remained unfinished, is named after Mnemosyne, the Greek goddess of memory, and Atlas, who is regarded as the progenitor of astronomers and geographers. At the same time, the term “Atlas” stands for demonstrative forms of knowledge: whether it is the compilation of geographical plans for a self-contained map series or whether it is a constellation of images which systematically and critically link entirely different references and areas. In the meantime, the Mnemosyne Atlas has the status of a legend with international fame and is at least just as well- known as Warburg’s Library, which has been domiciled in London since 1933. Although the atlas is of extraordinary importance for pictorial science, as experts also concede in the meantime, it found no practical application in art history, neither successors nor emulators. In fact, the atlas is still resting to a great extent unexplored in the archive of sciences, even if the interest in Warburg’s research activities has noticeably increased in recent years – as the international acclaim at the congress for the celebration of the Hamburg cultural scientist’s 150th birthday held in London in June 2016 revealed. 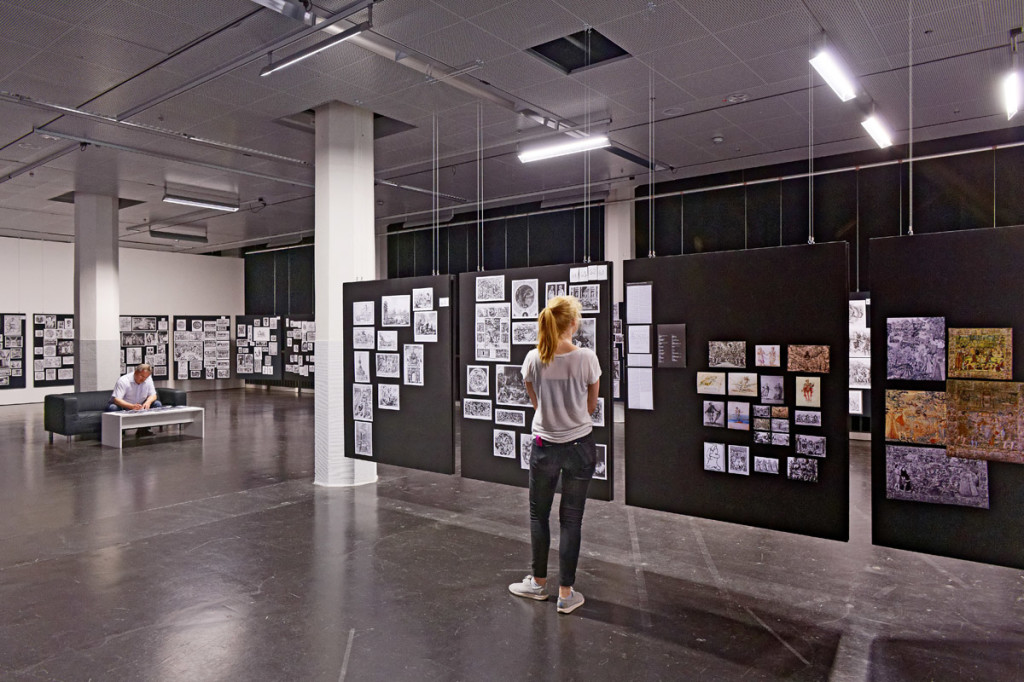 To some extent the surprisingly long ineffectiveness of the atlas probably has to be attributed to the unfinished state in which Warburg left behind his late work when he succumbed to a heart attack in October 1929. In the last years of his life he did his utmost to solidify his comprehensive knowledge of the picture story in this project and to render it in a publishable form. It was an unusual endeavor and the invention of an instrument for which there was no actual precursor. He himself had already come very far on his path, yet after his death the “original” panels “vanished” in the collection of photos in his library. Even the administrator of his scientific legacy had unsuccessfully tried until 1937 to bring the project to a conclusion and to publish the panels as a folio volume. Several decades passed by until Warburg’s late work returned to the consciousness of research. 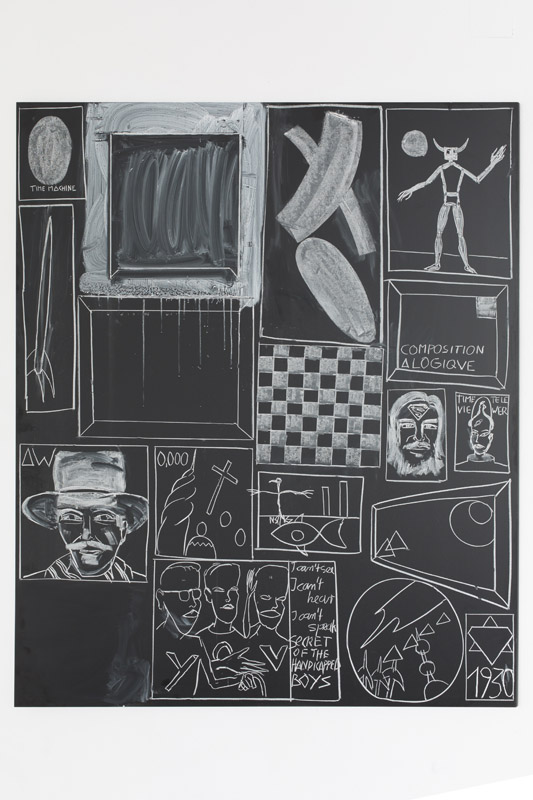 Since Warburg documented the atlas photographically, it was able to be published over 20 years ago in “diminished form”. After that it remained for the most part unused, since the activation of this memory necessitates an indispensable prerequisite: the visibility of all details. Only the reconstruction in the original format of 170 x 140 cm makes it possible that the individual pictures (around 30 per panel / in total nearly 1,000) can be studied so that the constellations of each panel are legible. The reconstruction in the original format was implemented by the MNEMOSYNE research group at the 8. Salon cultural center (Hamburg) on the basis of data from the Daedalus transmedia society (Vienna). In 2011, the research group (Roberto Ohrt, Christian Rothmaler, Philipp Schwalb, Axel Heil et al.) started to prepare panel after panel in the original format in order to research the 63 panels step by step in detail. By 2016 the research group was able to prepare commentary that decoded every single panel for the first time. 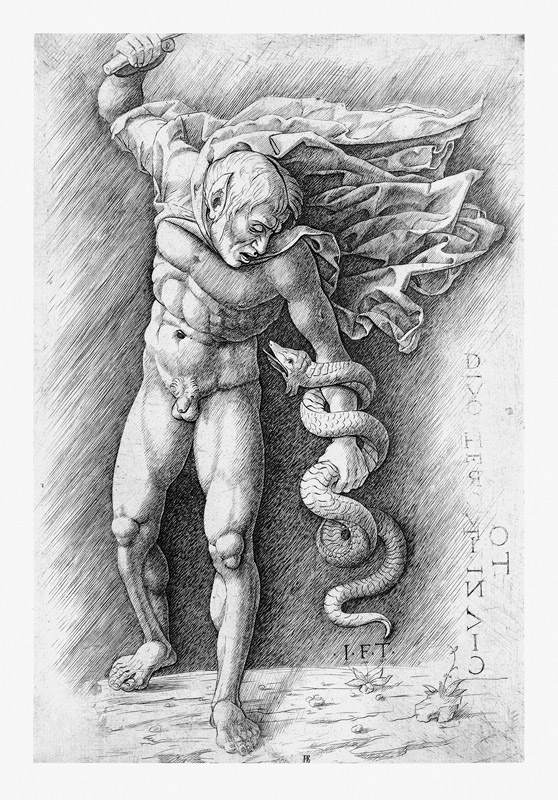 In addition to the reconstruction of these 63 panels of the atlas in the original format, for the first time since 1929 the exhibition at the ZKM is also displaying two panels (Panel 32 on the subject of “Carnival” and Panel 48 regarding Fortuna) with the images which Warburg himself used. These “exhibits” were able to be localized in the “Photographic Collection” of the Warburg Institute in London. Up to now researchers assumed that the original pictures of the atlas were lost. (from the press release)